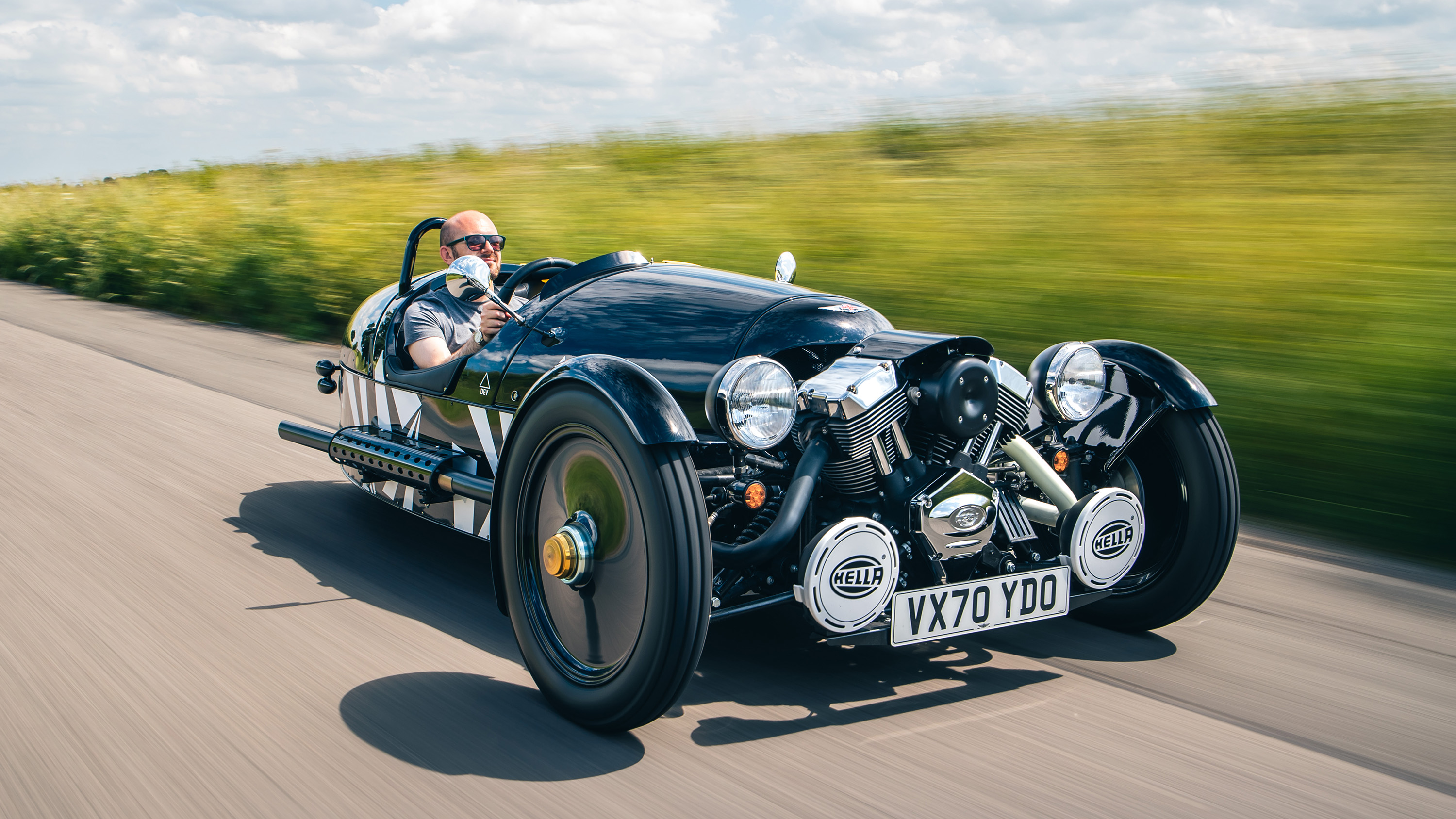 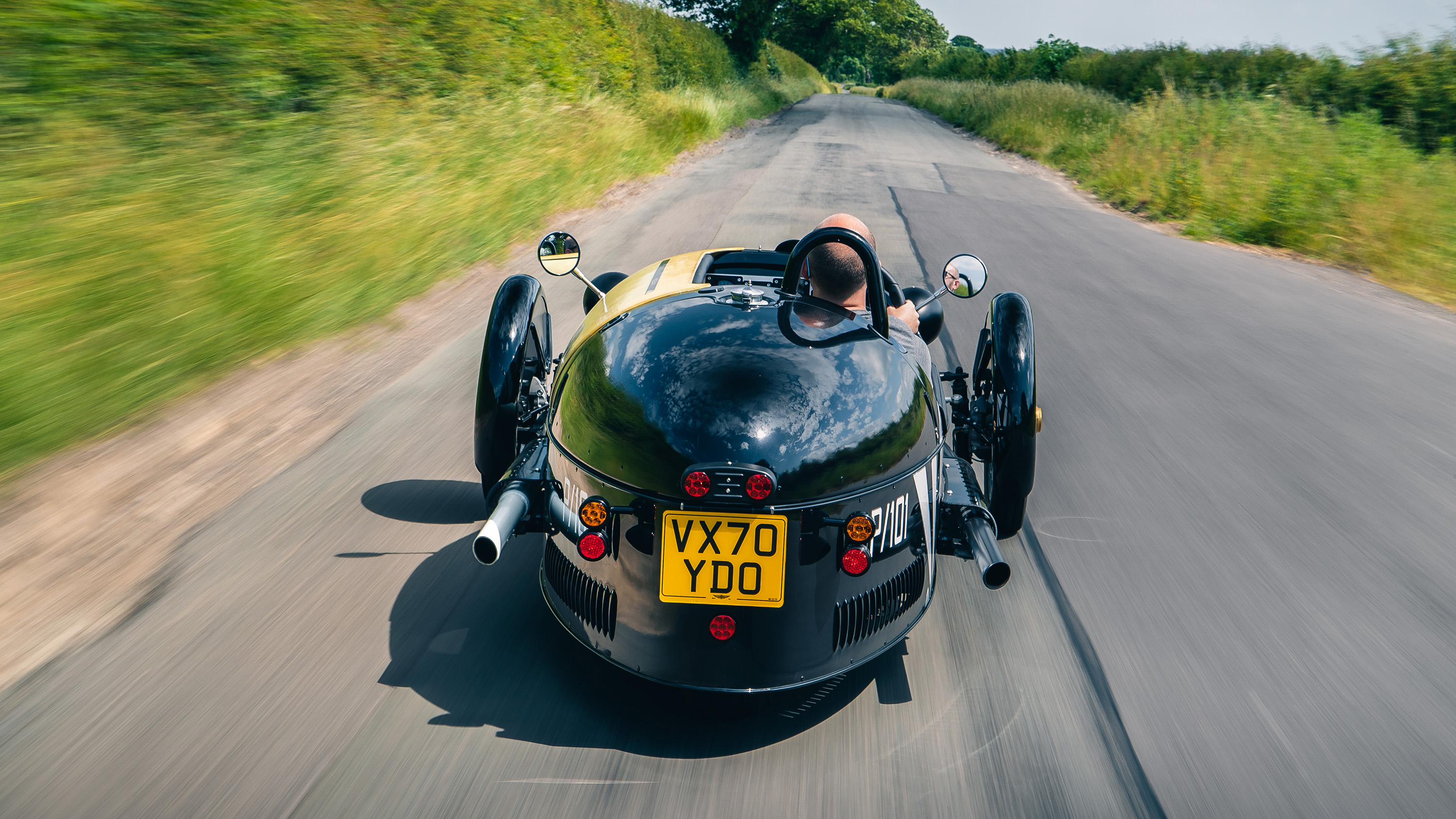 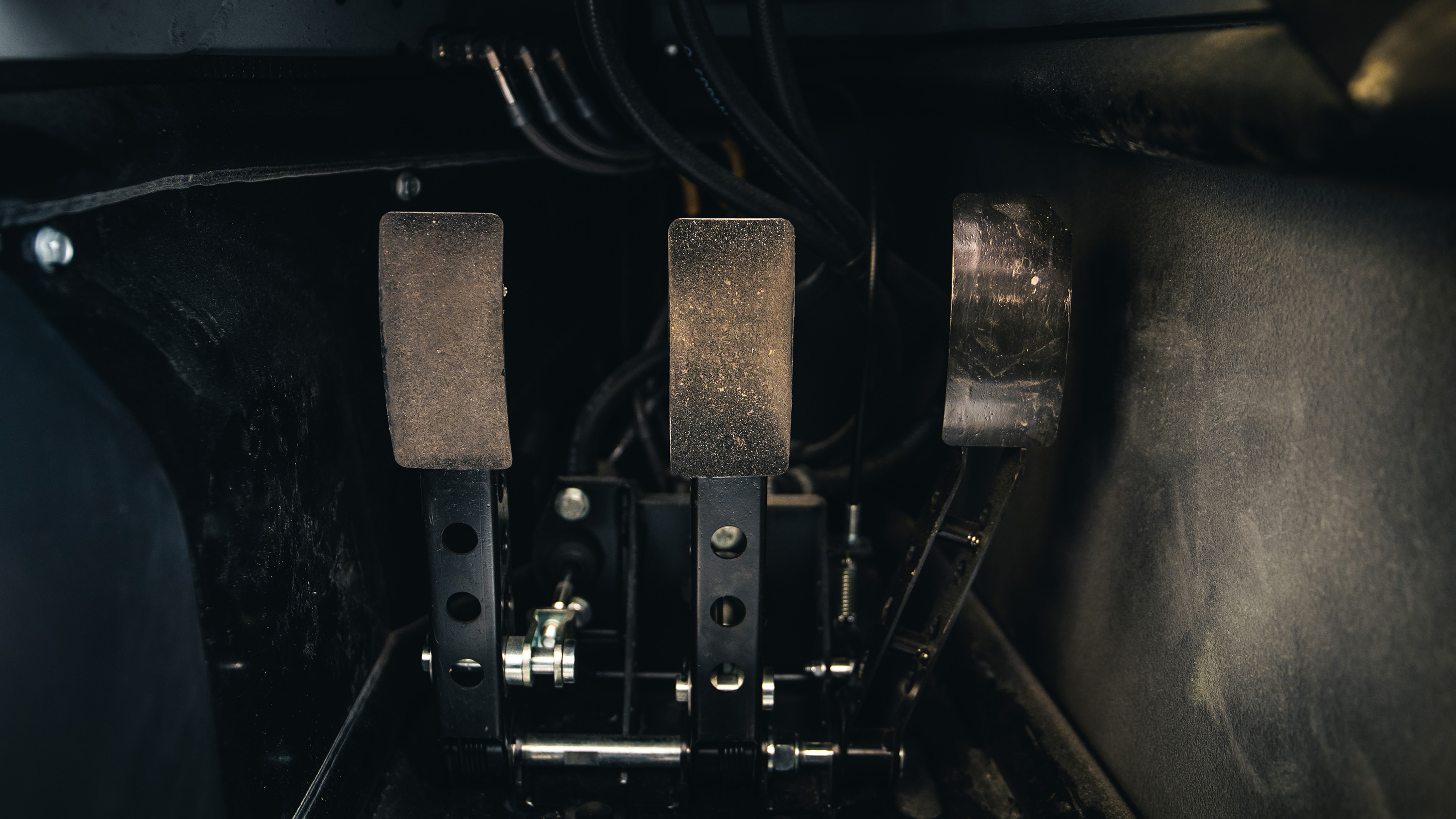 Daft, but more than a little bit brilliant

It’s the Morgan 3 Wheeler, an unabashed anachronism that’s proudly treading water in a car market being swept briskly downstream to a swelling pool of electric SUVs. It’s been on sale in its current form since 2011 but bears more than just a physical resemblance to the cars pumped out of Malvern as far back as the 1920s.

Morgan’s first ever ‘car’ was the trike-like Runabout of 1909, and production of three-wheeled Mogs continued unabated until 1952. Then followed a lengthy hiatus, but after just shy of 60 years Morgan decided to drop its range’s average wheel count below four once again. With a tantalising £30,000 price tag – a relative giveaway in the world of handbuilt British sports cars – this quickly become one of the company’s best selling models ever, and around 2,500 have rolled out of the Malvern factory gates over the last decade.

Not quite. The car you’re looking at here is the P101, a run-out special for this generation of 3 Wheeler before its front-mounted V-twin engine loses type approval and an all-new 3 Wheeler is ushered in at some point in 2022. It costs £45,000 before local taxes, making it just shy of £55,000 in the UK. Almost twice what these things cost a decade ago, but you’ll be shouting any disgruntlement into the wind, because they’ve sold out already.

Shining dazzlingly up front is an S&S two-cylinder engine. Not heard of S&S? It’s a US company whose V-twins are often fitted to old Harley-Davidsons in need of fresh propulsion. The unit here produces 82bhp and 103lb ft. Modest figures usually found in a dinky city car, but that’s fine, because the 3 Wheeler is dinkier still.

No roof, no doors and no windscreen – and no fourth wheel, of course – means a 525kg kerb weight and a 0-62mph time of six seconds. With the wind in your face and your arse on the tarmac, though, the reality feels considerably quicker. The top speed is 115mph, but you’ll need a sturdy helmet on your head and at least three Weetabix in your tummy if you’re aiming to verify that.

Which wheels do what?

The front two steer, naturally, while all 82bhp is thrown at the wider (hidden) rear wheel via a five-speed manual gearbox. Starting the engine is a visceral process in itself. You don’t quite need to manually rank it with a handle like Mogs of yore, but after you’ve popped the key in the ignition then flicked up the starter button’s cover – like you’re in a less chintzy Lamborghini – it takes a prolonged press and perhaps a prod of the throttle for a placebo blare of revs to get the little twin chugging into life.

You’ll know when it’s going, though. This car is LOUD, with seemingly every decibel that punchy powertrain throws out being piped out of the exhaust pipe exit down by your hip. If you’ve a passenger you wish to chat with, we’d recommend a helmet with an intercom. If you’re going anywhere above 50mph for more than the occasional moment, you’ll need a basic helmet at the minimum.

What’s special about the P101?

Just 33 will be made, and they’re decked out with all the bonus design flourishes sketched out as the 3 Wheeler made its 21st-century comeback but which hadn’t quite made production. See the Aero-disc wheels, which work with low-slung Hella spotlights to reduce turbulence around the suspension components (not something usually so crucial to aerodynamics of a road car). You’ve a choice of white or black paint with four different art packs placed on top – this one is called ‘The Dazzleship’.

Last but certainly not least is the resin cover across the passenger seat, nabbed from the sadly defunct Morgan EV3 electric concept and “deployed to exaggerate the asymmetrical theme” that’s intrinsic to an oddly wheeled motor vehicle.

“It'll make you giggle standing still, then fully blown belly-laugh once you're moving”

Apply any rational criteria to your car buying and the 3 Wheeler extravagantly misses every mark. But that’s exactly the point. Its cabin is cramped and exposed, its driving experience vocal and unconventional. Precisely because of all of this you’ll drive everywhere smiling and giggling at the utter absurdity of its mere existence. Even sat still it’ll make you grin like an idiot.

When someone says “they don’t make ‘em like they used to” you can quickly and unequivocally contradict them with Morgan’s bonkers V-twin toy. But not for long, with its type-approval status running out. Berserk but brilliant, it’s truly a car to cherish while we still can. 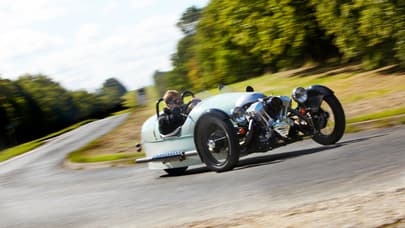