Read why you can trust our independent reviews
Top Gear Team
Published: 16 Jun 2022
Skip 39 photos in the image carousel and continue reading 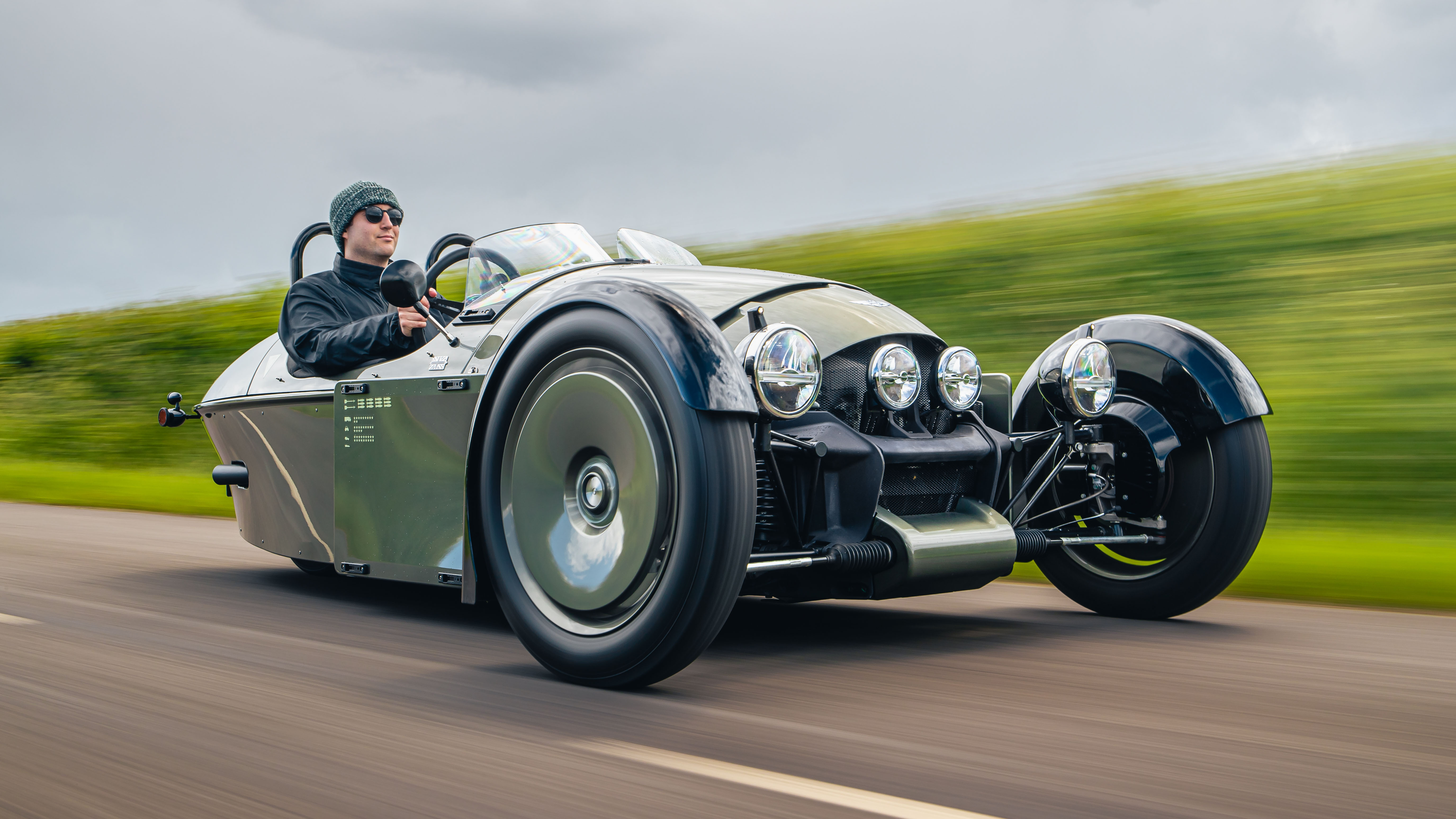 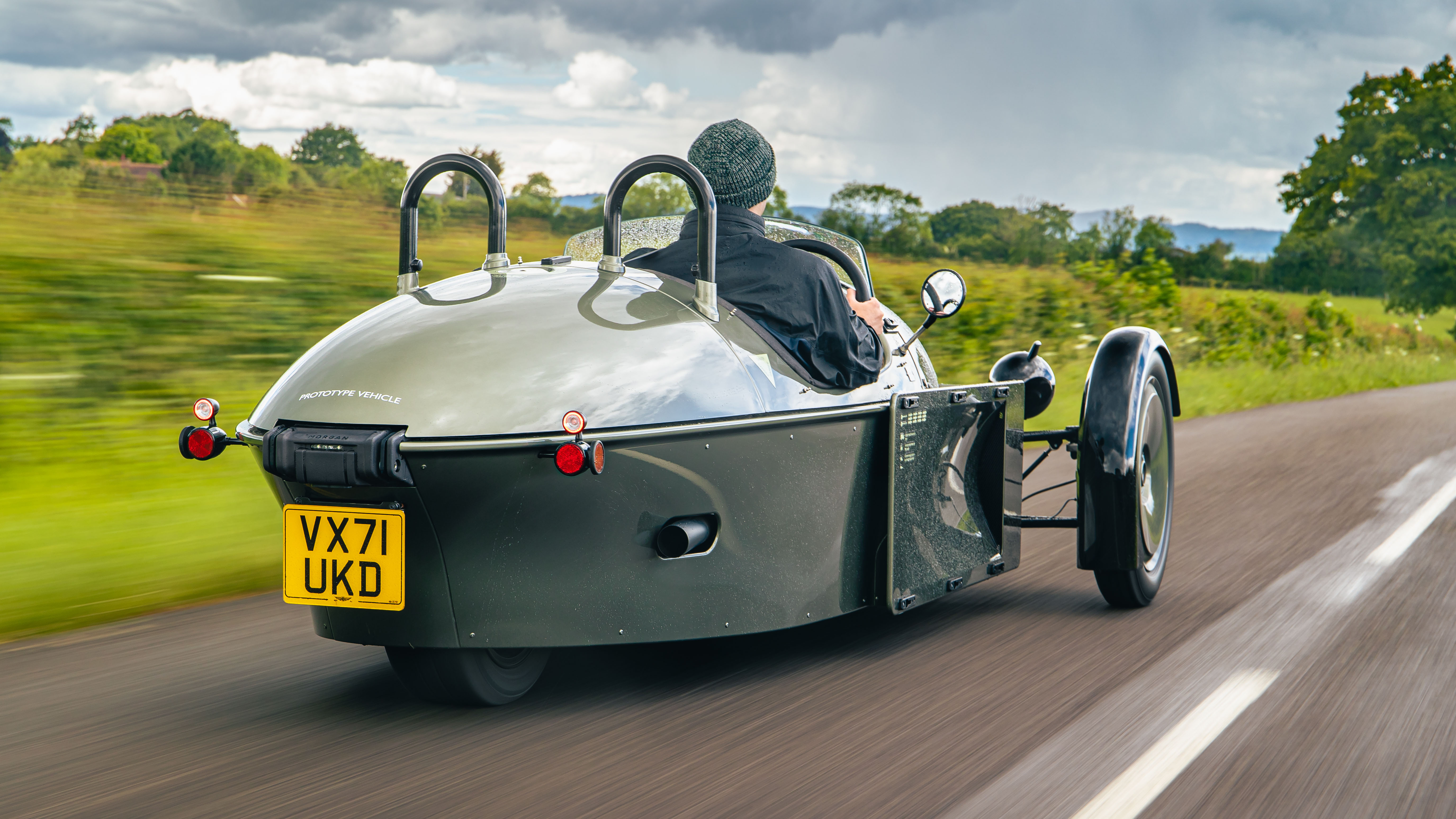 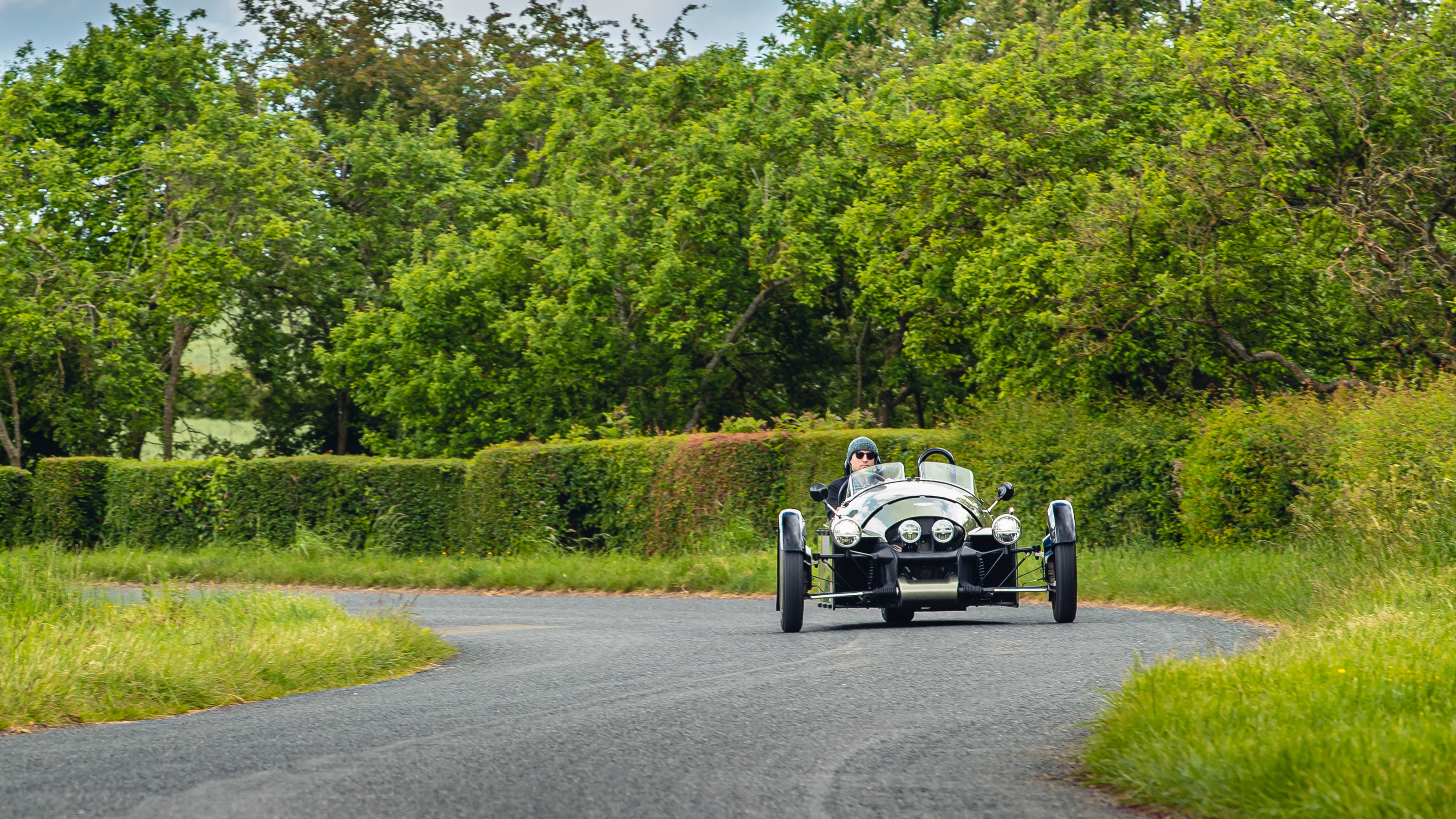 1 / 39
Advertisement
“The perfect sports car for these times. Massive fun at sensible speeds and an assault on the senses”

Not cheap. Accessories push the price up even further

We’re guessing what you actually wanted to ask there was: “What on earth is that wacky, four-eyed-but-three-wheeled, cyberpunk-looking thing?”

This is the latest in a long line of tripod Morgans that stretches back to the formation of the company in 1910, and despite the retrofuturistic look it’s arguably the most modern thing ever to come out of the firm’s Malvern factory.

The horseshoe-shaped grille is a Morgan signature, but that’s where the similarities to other models ends. The previous generation 3 Wheeler resembled a bathtub that’d crashed into a V-twin motorbike engine, but you get the sense that a bit more work went into the looks of the Super 3. Its makers describe it as “one of the most intriguing and distinctive vehicles the Morgan Motor Company has ever built".

Can you delve into some of the details?

The design is inspired by the mid-to-late century jet age, says Morgan, with a streamlined body, aero-spec 20-inch wheels and those long sideblades that house radiators and look like the folded wings of Chitty Chitty Bang Bang.

The face is dominated by the round bug-like headlamps and (in the case of our pre-production test car) a couple of optional fog lights. Forgo that box on the configurator though and you’ll be able to see more of what Morgan is calling the Hartland Strut – that’s the chunky bit of different-coloured cast aluminium up front that braces the engine and connects to the pull-rod suspension. It’s actually named after the Morgan engineer that designed it too, which is a sweet touch.

So come on, what makes it modern?

Well, the Super 3 uses the company’s new CX aluminium platform that also underpins the Plus Four and Plus Six, but the one with fewer wheels is actually the first ever Morgan to be built with a monocoque structure. The only piece of wood you’ll find here is that lovely slab of natural ash used for the dash.

The big news is Morgan has ditched the 82bhp S&S two-cylinder motorbike engine that was fitted to the previous-gen 3 Wheeler in favour of a 118bhp Ford-sourced 1.5-litre naturally aspirated three-cylinder. Yep, it’s a Fiesta ST engine without the turbo. Morgan has previous with Ford power units in three-wheelers though, having deployed an inboard Ford engine in the 1930s F-Type. The gearbox is the same Mazda MX-5 five-speed manual as used in the Super 3’s predecessor.

You’ll have to click through to the Driving tab of this review for our full thoughts, but the headline figures are 0-62mph in around 7.0 seconds and a top speed of 130mph.

Ah, here’s a little sticking point. The Super 3 starts at £41,995, but there’ll be an absolute mountain of accessories and customisation options, so expect to spend at least an extra 10 – 20 per cent if you get excited with the box ticking.

Who would buy such a thing?

We absolutely would if there was a slightly more sensible car in the garage alongside it (and if someone wanted to lend us £50k). Morgan says that both the Super 3 and the rad Dakar spec CX-T are already bringing a younger audience to the brand. Well, they’re in their 40s mainly, but it makes a change from the biddies wanting a Plus Four to remind them of the so-called glory days…

“The perfect sports car for these times. Massive fun at sensible speeds and an assault on the senses”

Yes it looks completely bonkers, but the Super 3 isn’t just a comedy act. In fact it’s far from being the class clown. It is a joy to drive, providing so much feedback and giving you the confidence to explore its limits – not least because with just 118bhp on tap and only a single wheel to send it through, those limits are generally found at perfectly sensible speeds.

There’s a strong argument that says the Super 3 is the perfect sports car for these changing times. It’s engaging, loud and unassisted for the purists, but using a proven Ford 3cyl means you’ll struggle to see less than 38mpg. And because it’s light you won’t be burning through tyres or brake pads.

It’s one of the most fun drives we’ve had so far this year. We can’t wait to stick some panniers on one and head off for a proper adventure. 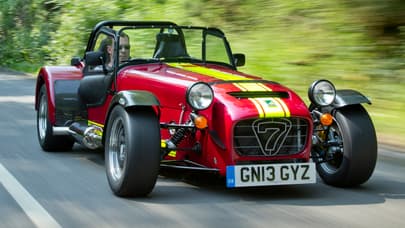