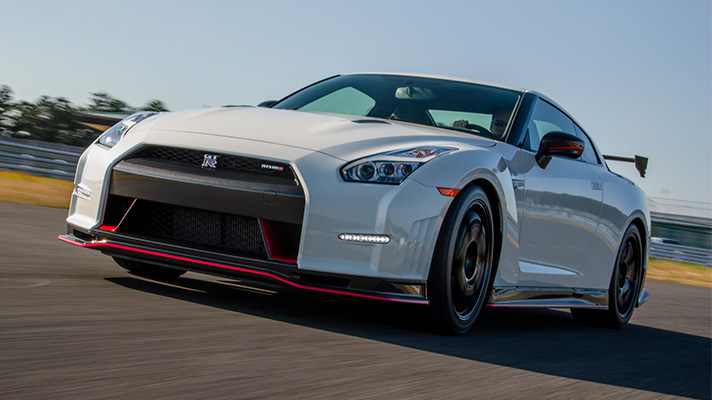 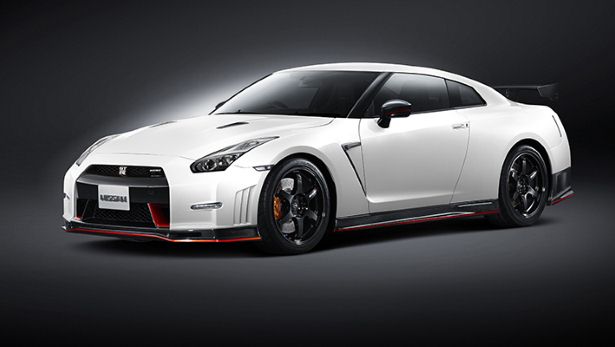 You’ll know by now that the Nissan GT-R Nismo has 591bhp and – given the right German and with some Track Pack additions – can lap the Nürburgring in 7:08.679. You’ll also know that the 3.8-litre V6’s power has been boosted from 542 to 591 horsepower, torque’s increased from 465 to 481 lb ft and terminal velocity’s bumped from 196mph to… well, nobody actually knows.

Literally nothing compares to it. The GT-R Nismo’s acceleration is utterly, utterly beguiling. Bizarrely, like the top speed, there’s no official figure, but engineers tell us it’s a little under the standard 2.7 seconds. It feels every bit that quick. The Nismo is proper hyper-thing fast. Before you can swear, much less enter negotiations, it’s way into illegal motorway speeds.

Yes. But not in a way you’d expect. GT-Rs aren’t the Tokyo-digital experience you’ve been sold. OK, so there are all sorts of clever traction control systems and Gran Turismo-spec digital readouts of many superfluous numbers, but the marginally lighter (around 20kgs) and substantially more powerful Nismo feels as mechanical, analogue, and darned… right as a 911 Turbo S.

Actually, it doesn’t. The Nismo’s chassis changes are inspired by the company’s 2012 entry into the Nürburgring 24 Hours, and include a new suspension set-up demobbed from das track. Hollow, stiffer anti-roll bars, new springs, custom Damptronic dampers developed by Bilstein, special links in the front double wishbones, bonded body – the whole kit and caboodle. But, unlike the old Track Pack, which would merrily grind your spine to pewter, there’s more pliancy you’d imagine is possible in something that corners so flat.

Full disclosure here – we only got to drive it on Japan’s Sodegaura Forest Circuit, so out on Britain’s corduroy roads it might be a little less impressive.

Ah. Tell me more about the cornering.

As we mentioned, the Nismo is very flat and very sticky, helped in no small part by the tyres - the Nismo has its own super-soft barely-legal Dunlops developed just for the car. Still, this is no Playstation experience. Its four-wheel drive flatters the feckless, but the throttle’s so eager and there’s absolutely masses of mid-range power, so hard acceleration too early out of a corner gets you in far more trouble than you’d expect from a GT-R. It’ll properly squirm and wriggle, and makes its dissatisfaction known physically, not through a bleeping warning light.

Us too. It is daft and visceral and has a massive spoiler.

Prices haven’t been announced, but industry sources tell us you’ll pay roughly 50 per cent more than the standard model in the UK, which makes the total between £115,000 and £120,000. There’s no word on prices for the even gnarlier Track Pack version (which gets more aero, 50kg less mass, revised dampers, different ECU settings and is responsible for that silly Nurburgring lap time), but we’d guess about £10k more. Nismo’s only making 200 this year though, so be quick.