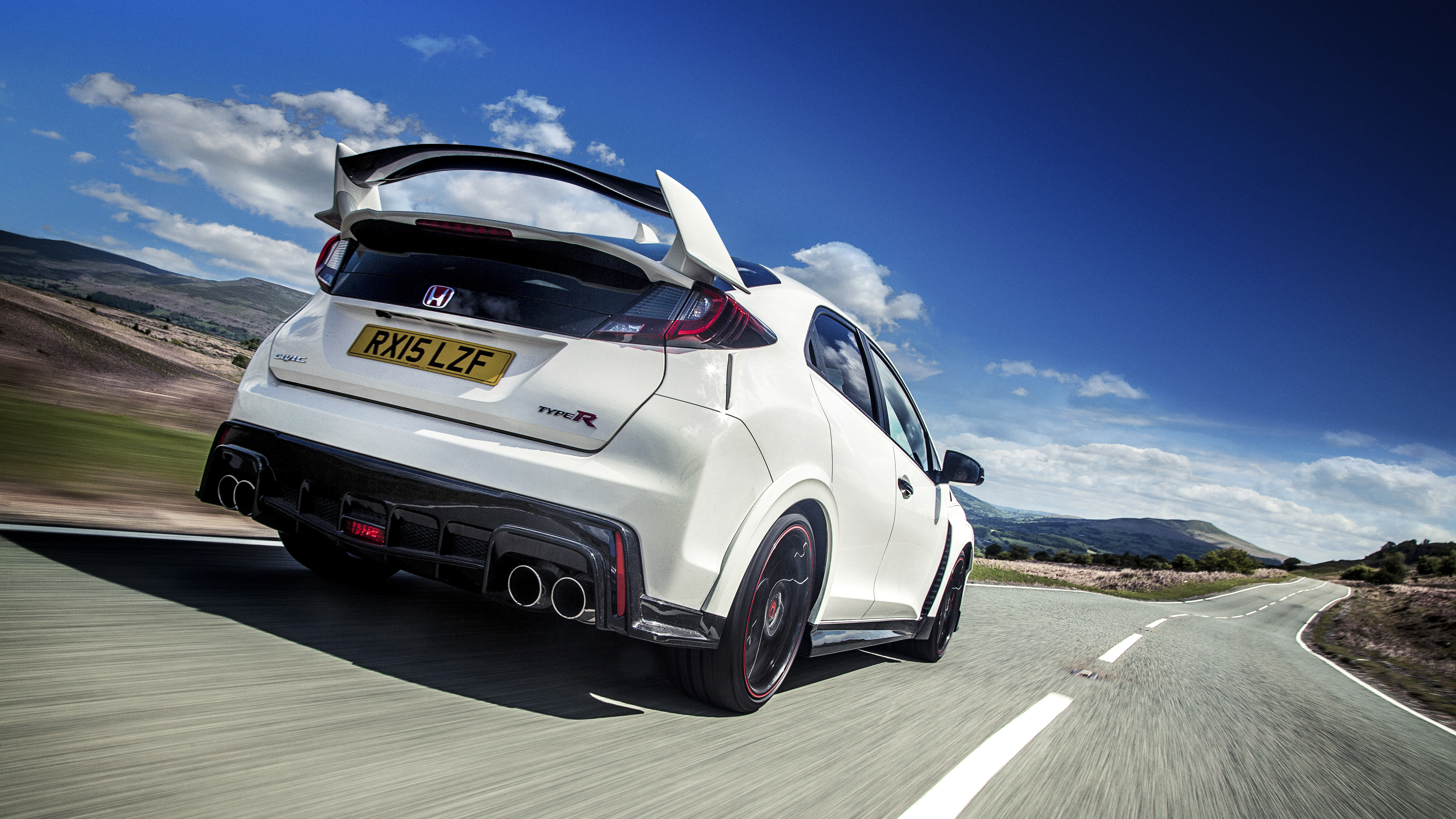 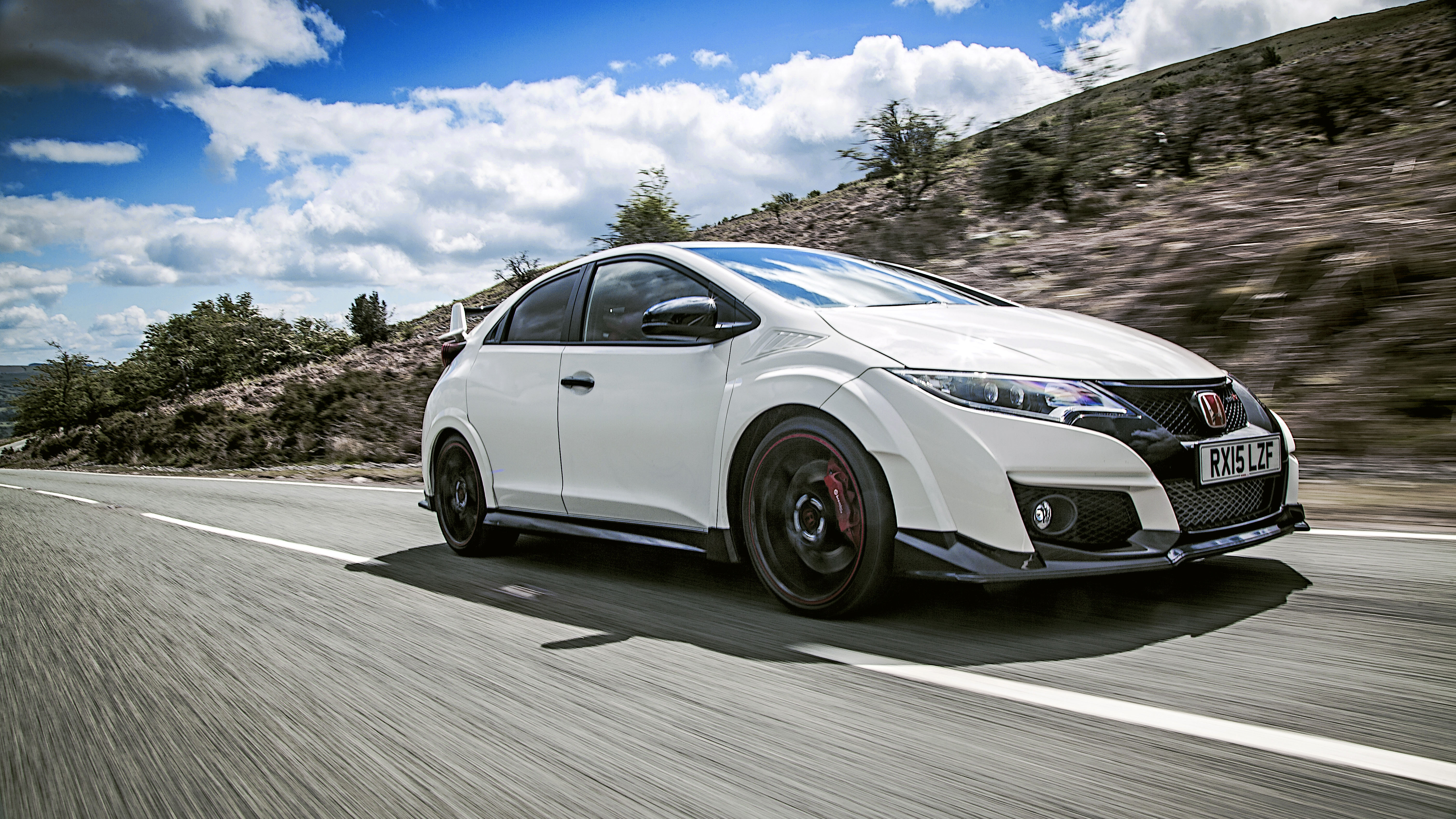 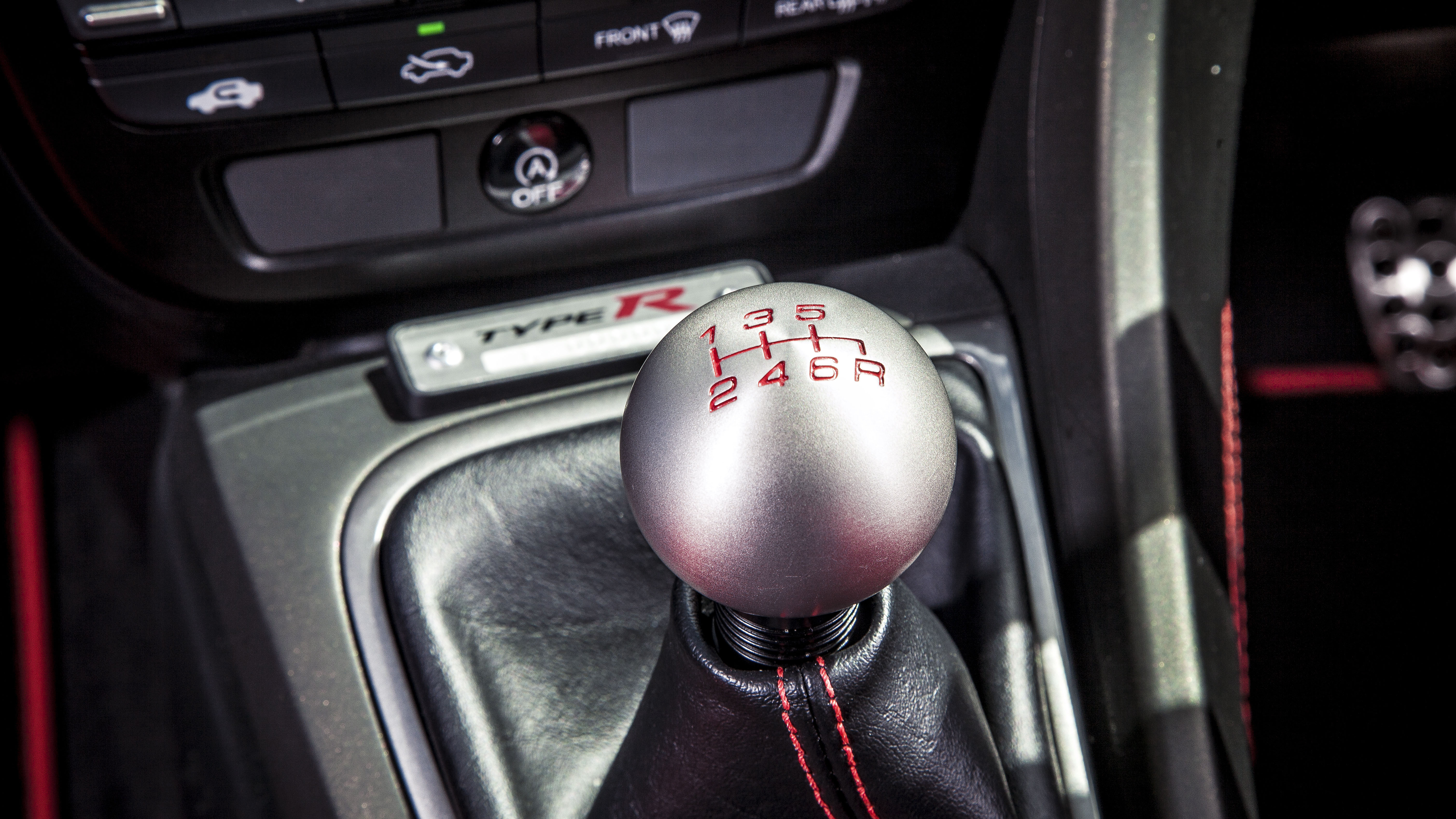 We’re on the M4, emerging from a set of roadworks as we head west out of London. Ahead, a diesel van. It would be easy to get caught out by his torque lunge away from the final cone, left choking on his sooty exhalation. After all, Type Rs, famously, have no torque. And this feels every inch a Type R: the instruments glow red, there’s a fiddly dash, gorgeous manual gearchange, firm suspension and an exterior design that’s… well, we’ll come on to that later.

Right now, I’m preoccupied by the van. Will I need fourth? Third even? But then I remember. I have a turbo. And even on what’s only been a brief acquaintance so far, I know sixth will be fine.

I had, for a split second, forgotten the seismic shift that’s happened in Honda’s thinking, a sea change that’s seen the days of 8,500rpm rev limits and singing VTEC zones thrust aside in favour of the easy gratification of a turbo. Well, everyone else has, why not Honda?

There’s a hiss of turbo pick up; the van is dispatched. No fuss, no drama. It’s probably what most people want in this day and age, and does at last mean the Civic gets to compete on a level playing field against the likes of the Focus ST, Megane RS and Golf R without being slated for its lack of low-rev urge. Honda hasn’t completely abandoned its heritage, though. This is still a VTEC. Where most rivals opt for variable vane turbo geometry to control boost across the rev range, Honda uses a monoscroll unit and depends on its VTEC valve control to manage things. It also electronically controls the wastegate.

The end result is an engine with a far healthier mid-range, but it still pays to hang on, because the top end is savage. OK, it only goes to 7,000rpm now and, despite Honda’s engineering nous, is a little more laggy on the throttle than the car you’ll be reading about in a couple of pages’ time, but by gum it’s not slow. Honda claims 0–62mph in 5.7secs, we plugged in our timing gear and hit 60mph in 5.3, 100 in 11.3. That’s outrageous for a FWD hatch. 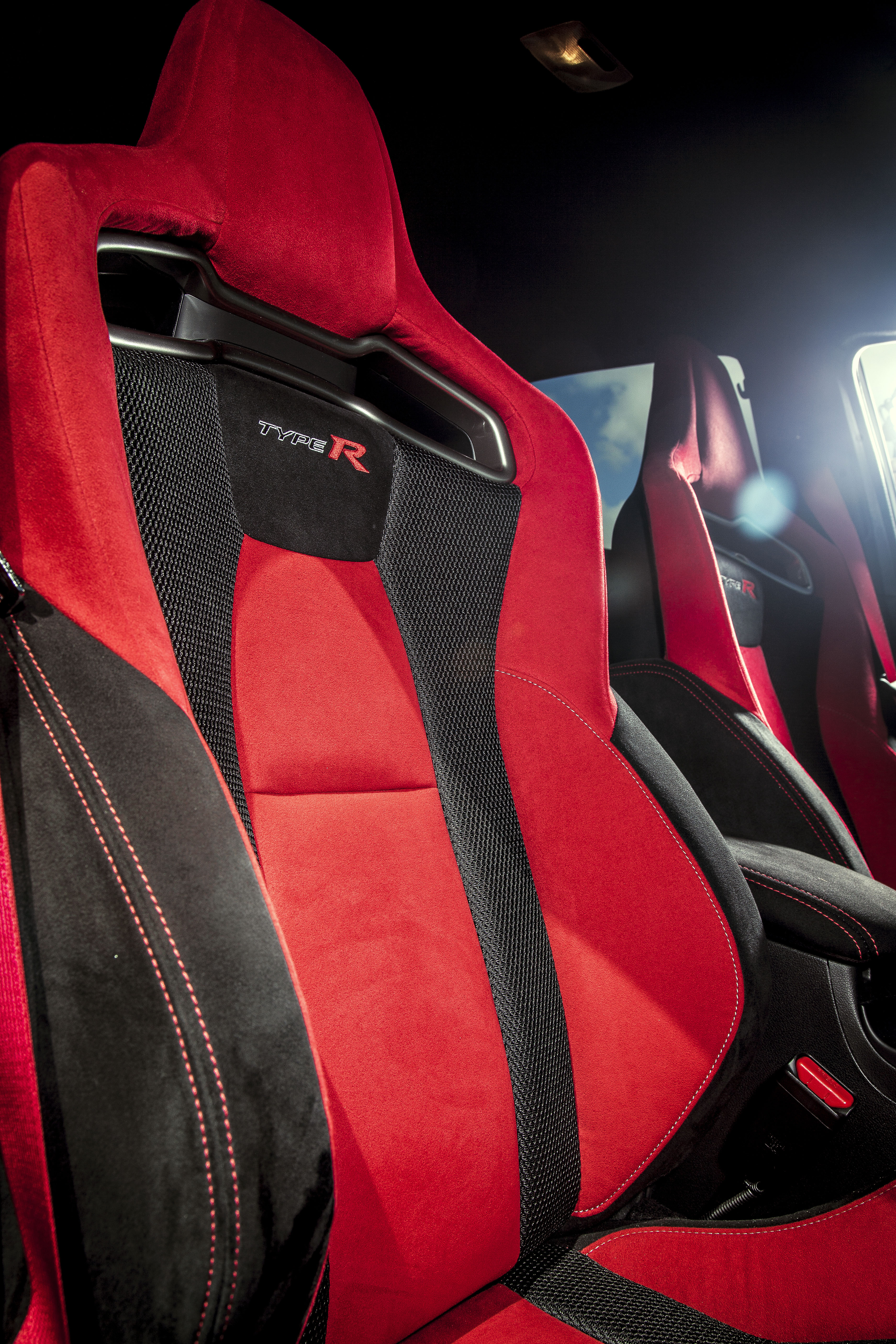 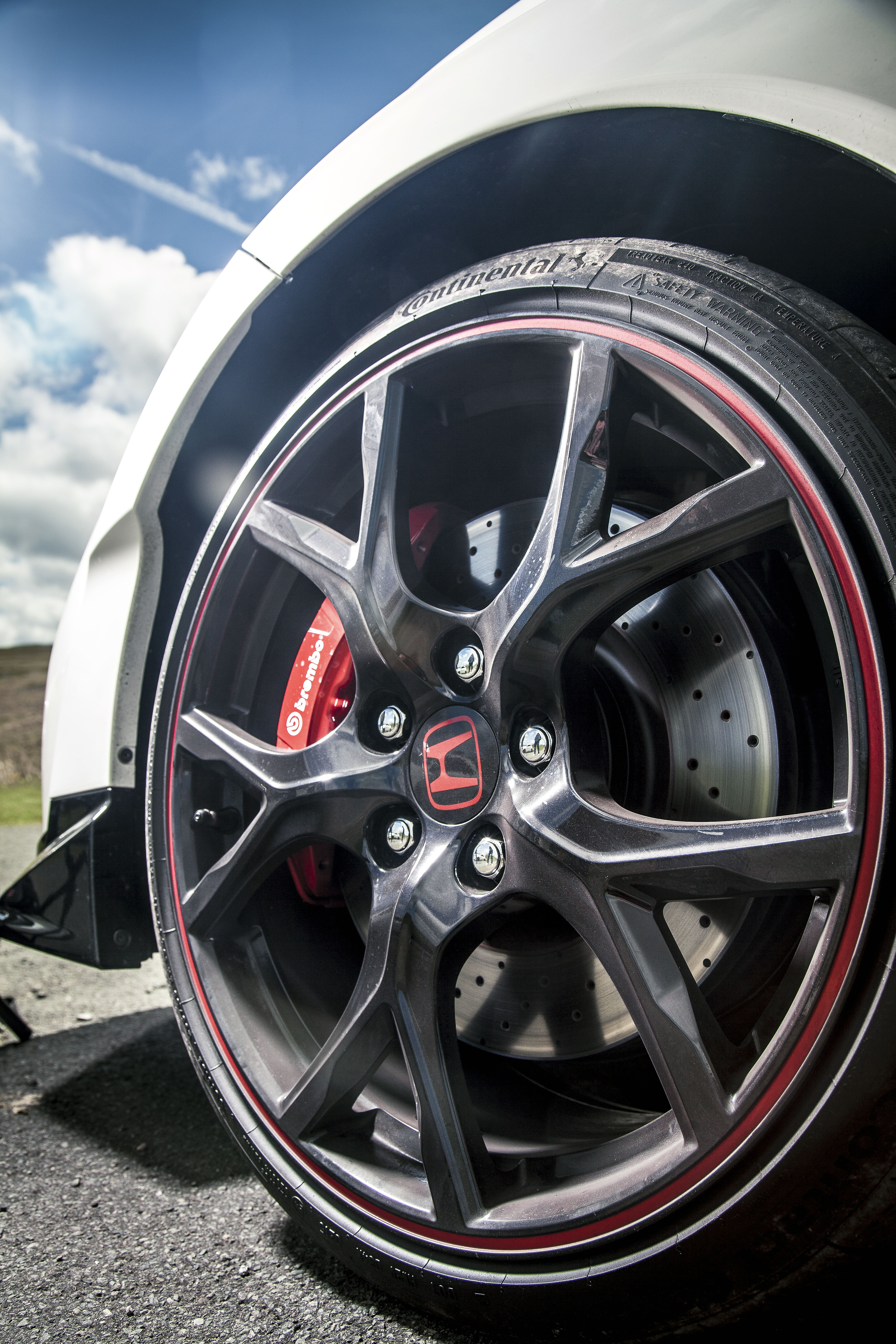 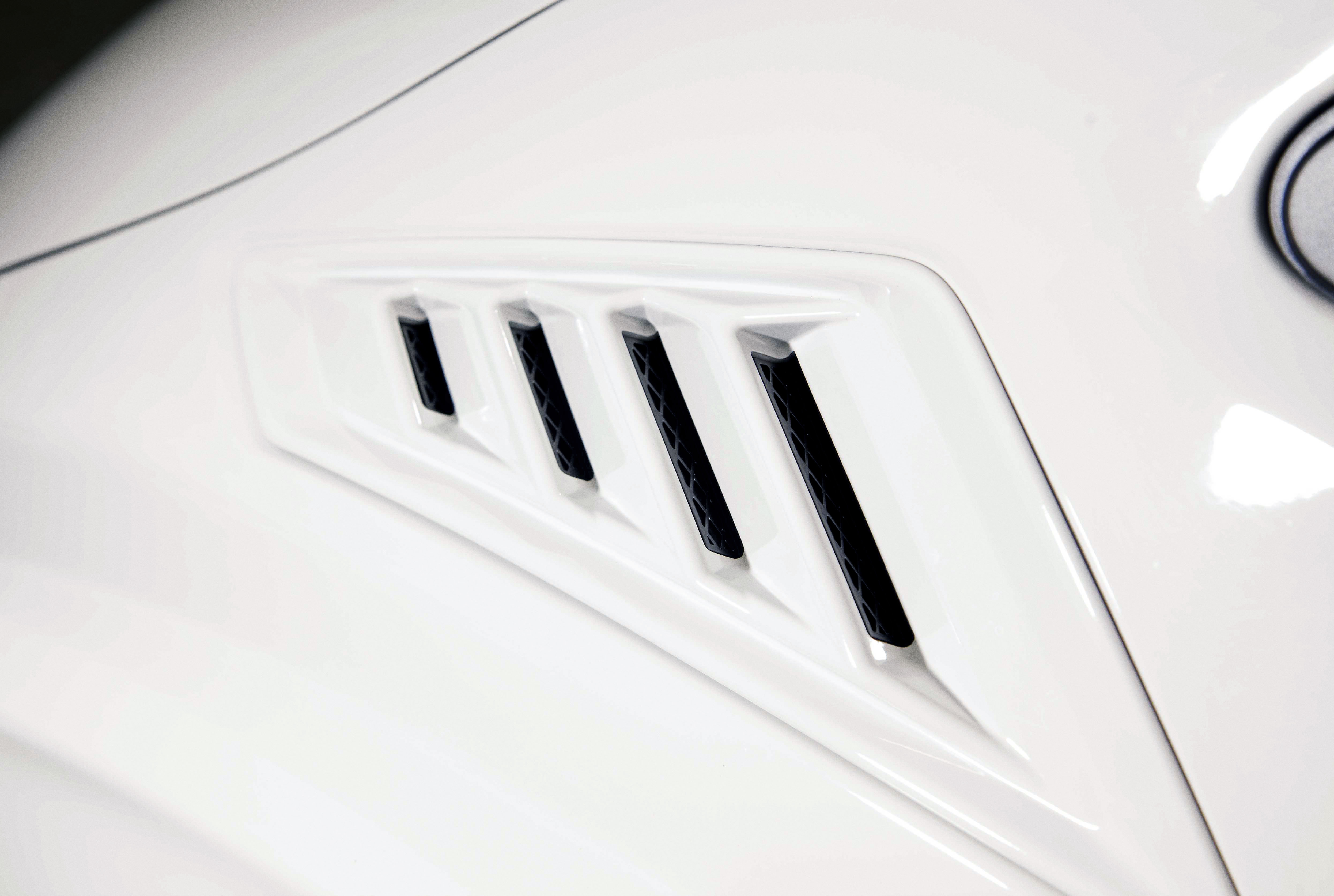 Enough about the engine for a moment, because you need to know how deep Honda has plunged in its efforts to sort out the Civic. As far as the bodyshell itself goes, they’ve not added extra steel, but by changing the bracket designs and using the adhesive more cleverly, rigidity has been increased by 18 per cent.

Then there’s the suspension. Remember a few years back when the trendy term in hot hatchdom was ‘reduced kingpin offset’? The Focus RS, Astra VXR and Megane all had trick front-suspension systems reducing torque-steer by minimising the camber change on the front wheels during cornering. Vauxhall called it HiPer Strut, Ford RevoKnuckle, and Renault PerfoHub. Now it’s Honda’s turn to shout about its new Dual Axis Strut Front Suspension. DASFS. Catchy. The claim is appealing, though: torque-steer down by 55 per cent.

The lower arms, damper forks and bushes have been re-engineered, although at the back Honda has stuck with a torsion-beam set-up. The promise is good – the new design exclusively for the Type R is so stiff (up 177 per cent) that there’s no need for a rear anti-roll bar. Still, it’s not the most promising set-up for dynamic behaviour.

That 2.0-litre direct-injection engine feeds its power to those poor, hard-pressed front wheels via a 6spd manual ’box and mechanical diff. Honda does good manual ’boxes. The best, in fact. And this is a belter: so slick, so fast, so precise. If everybody had a gearbox like this, there’d be no call for double-clutchers. It’s a total delight.

And the gearing is not stupidly long, either. Honda, refreshingly, seems to have decided that real-world drivability means more than shaving a few extra grammes off the CO2 figure. The claims here are 37.8mpg and 170g/km – OK, but not great. Over 450 miles of mixed driving and three carefully measured tankfuls, we got 27.8mpg.

The Civic consumes the lower ratios with zeal. The lights on the dash never seem to stop flashing if you give it the beans. It’s properly quick, properly addictive, makes a real song and dance about going places. But not an especially tuneful one. There is noise, quite a bit of it, but it’s not the top-end singing, snargly yowl emitted by VTECs of old.

Instead, you get the feeling that the car’s only intent is to get to the next gear as soon as possible and that it views sounding good as superfluous. It’s a shame, because you get a bit of exhaust woofle on start-up, and on light throttle openings around town the turbo wastegate chatters audibly.

It does everyday stuff surprisingly well, too. True, tyre roar on coarsely surfaced motorways is excessive, but the boot is huge. And there’s plenty of headroom. And the view out the back is surprisingly good, entirely unimpeded by that lofty wing. And the ride is… satisfying.

The suspension is tremendously well controlled, like it’s underpinned by expensive dampers. It’s firm over speed bumps and potholes, but rounds off the edges really well. Considering the tyres are 235/35 ZR19s (Conti CSC6s, rubber fans), that’s a good effort. It never feels less than purposefully sporty, though, the whole car shot through with a motorsport vibe.

The seats, for instance, are fabulous. Tall side bolsters, good rib support, best road-car seats I’ve sat in for a while, actually. Same goes for all the touch points – gearlever, steering wheel, pedals. Just a straightforward car to operate. I struggle with the two-tier dash and find the seating position – despite the hip point having been dropped 30mm – a little high, but build quality is good and it feels purposeful.

And now, on the terrific roads of the Brecon Beacons, I’m discovering what the Civic is actually like – or more accurately, what it isn’t like. It isn’t one of those playful hatches, like the Ford Focus ST or Mini Cooper S. No, it’s serious about speed. Acquiring it, maintaining it, even shedding it (the 350mm cross-drilled front Brembos are lovely to use and super-powerful).

Two things strike you immediately – how low the centre of gravity seems and how stiff the shell is. I know, odd ones. But also important, because when you combine this tautness with the controlled damping and LSD, you end up with a wonderfully rapid and effective cross-country device. It doesn’t have great steering feel, if I’m honest, but it does have a very talkative (and deliriously effective) diff. The traction, the speed you can carry out of corners, is outrageous.

It feels like a tarmac rally car, appearing to relish the punishment. If you want to get the most out of it, you have to know what you’re doing. Ideally, an ability to left-foot brake is preferable, allowing you to build up boost pressure on the throttle and release the brakes at the apex for a rapid, lag-free corner exit. Yep, all a bit track-day enthusiast, but that’s what the car’s like.

The only issue I have is with the +R system. This is the button you press to make the instrument rings glow red. OK, it also loosens the ESC, implements a more aggressive torque map, reduces assistance to the electric power steering and firms up the magnetorheological dampers. Trouble is, you can’t select these settings individually – your choice is either to +R or to not +R. And unless you’re on millpond tarmac, you’re better off not plussing the R.

Pity you can’t tone down the bodywork. Honda claims it all serves a purpose – managing airflow, adding downforce – but even if it does actively help, why does it have to look, well, like it doesn’t? Like a MaxPower version of itself? Aren’t people looking at £30,000 hot hatches (£32,295 with desirable GT Pack added) going to be after something a little less ostentatious? Answers to your nearest Honda dealer.