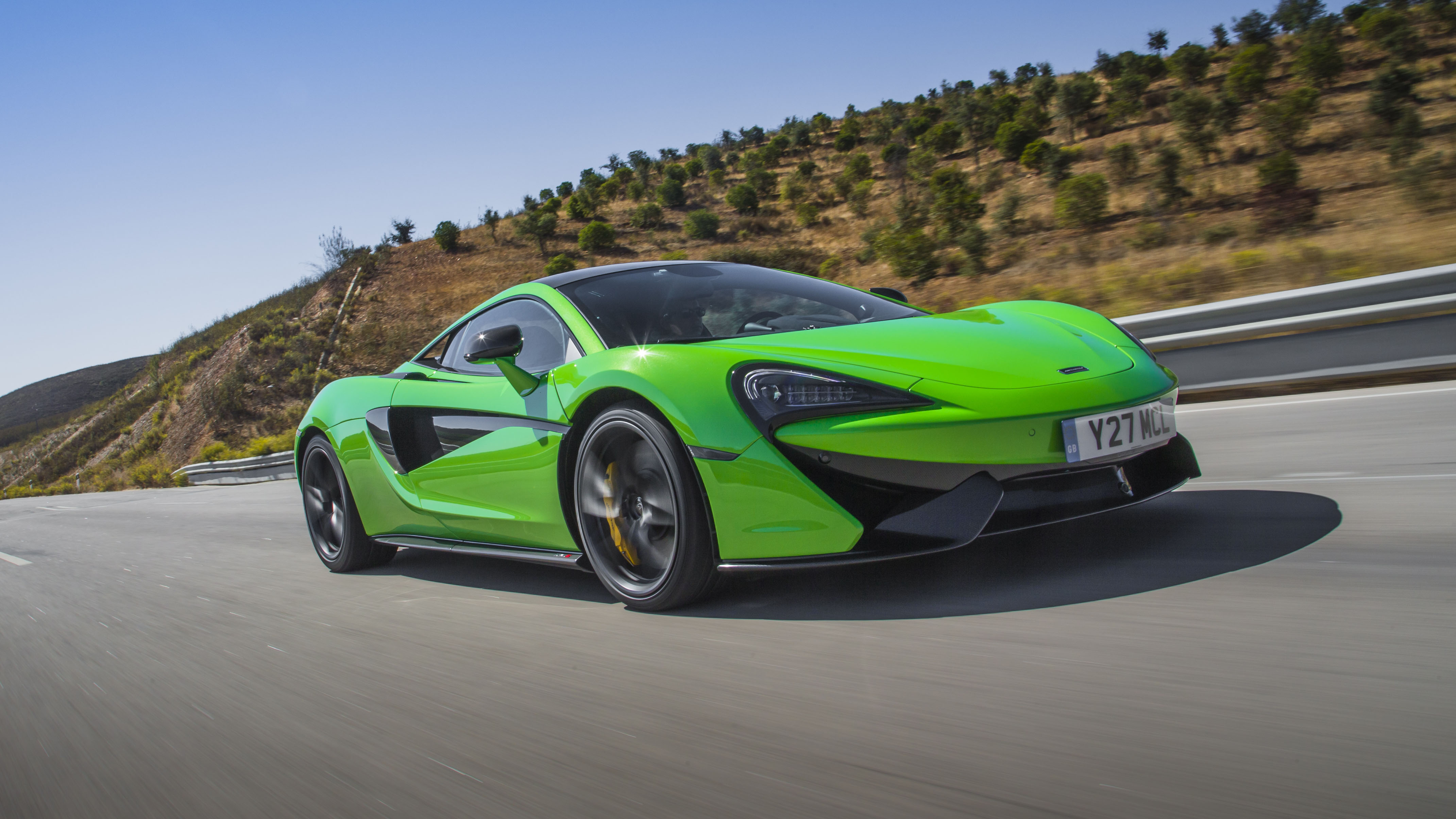 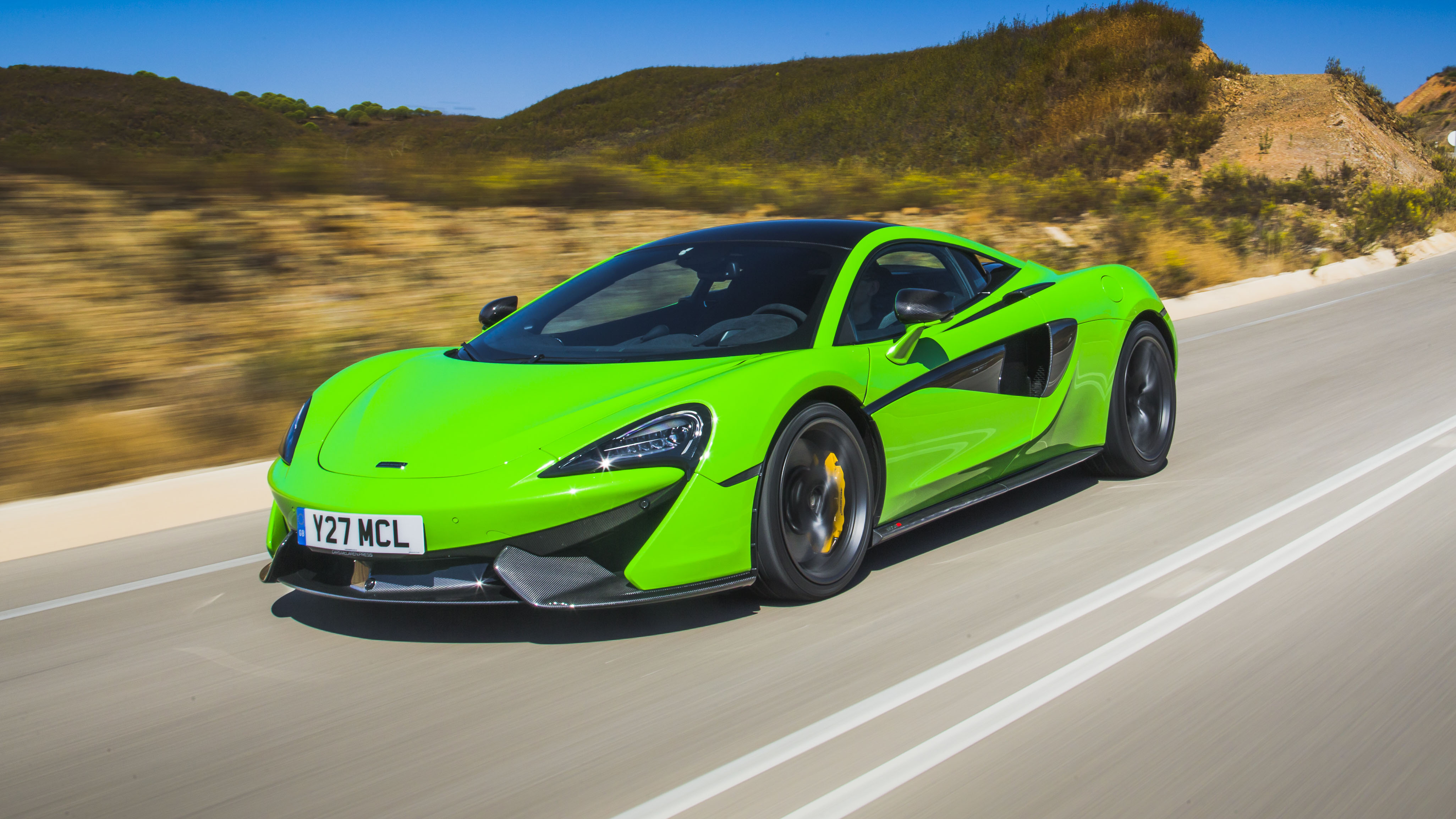 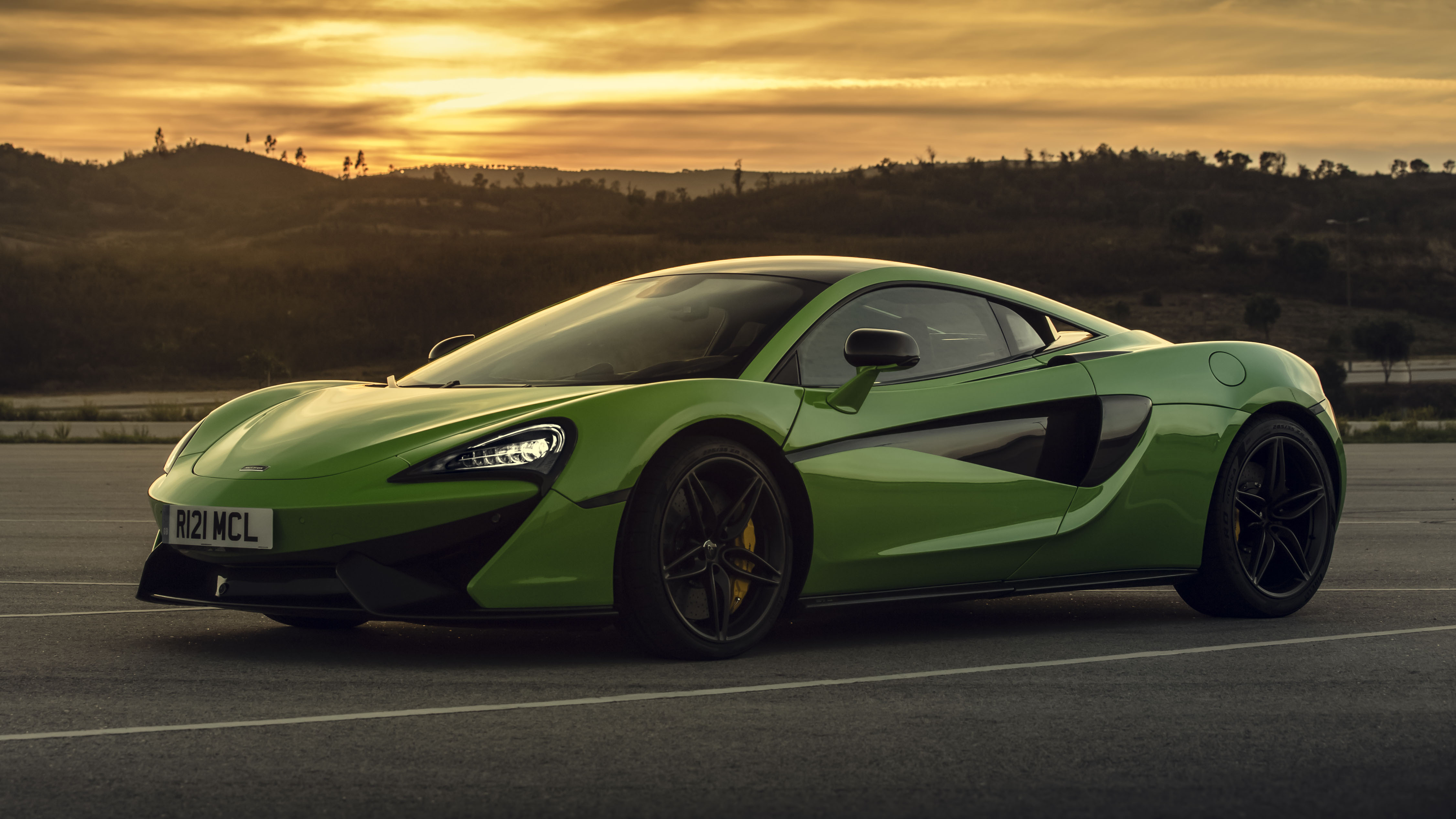 Hello, it's the new baby McLaren. All ickle-tiny and cuddly and weak?

How different is it?

A lot of the parts are different, if only slightly, from other McLarens. For instance, the carbon tub has been redesigned to have lower and narrower sills. This makes the 570S a far easier car to enter and exit with dignity. Which matters if you're wearing a skirt, because there's always a crowd watching when you turn up in a McLaren. But to make up for the slimmer sills, the tub has to be thicker in that area, hence very slightly heavier. Gosh, a compromise.

The suspension no longer has the expensive cross-linked anti-roll system of other McLarens, instead using normal anti-roll bars. That hurts the straight-line ride, though again only a little. The engine has smaller (cheaper) turbos, as well as new heads and crankcase and intercoolers and exhaust – overall it's about 30 per cent fresh. The cabin is distinctively different, with simpler, more open-feeling design. And the look of the body departs quite a long way from other McLarens too.

Does it look so different? Not sure I can tell. Give me some clues.

Yeah, it still looks like a McLaren. Silly not to. But the shape is far more complex than the 650S or especially the original 12C. In many ways there's more P1 in there. It's a car of multiple layers and depths, each designed to channel or cajole or caress the air. It's very technical, yet somehow organic too.

The flying buttresses around the rear three-quarters reduce lift and clean the flow around the cabin. The outer door surfaces are known as 'tendons', behind them is a second black-coloured surface. The gap between the tendon and the door itself directs airflow into the main radiators ahead of the rear wheels. Then there are endless smaller rivulets: below the headlights, around the wheel-arches, circumnavigating the engine cover.

So it goes without a high-mounted wing at the back, and has no moving aero devices either. Yet it still has slight downforce and sufficient cooling for 570bhp and low enough drag to broach 200mph. That's a boffiny combination.

Is it all made of carbonfibre?

Nope. The tub is carbon fibre, and McLaren says this is the cheapest car to have one. They've forgotten the Alfa 4C and BMW i8, but we're here to remind them. However the 570S's tub is a pretty sophisticated manifestation of the material. Aluminium panels make up the skin of the 570S, because that doesn't add much weight and it can be got to a smoother finish.

So what does it weigh? 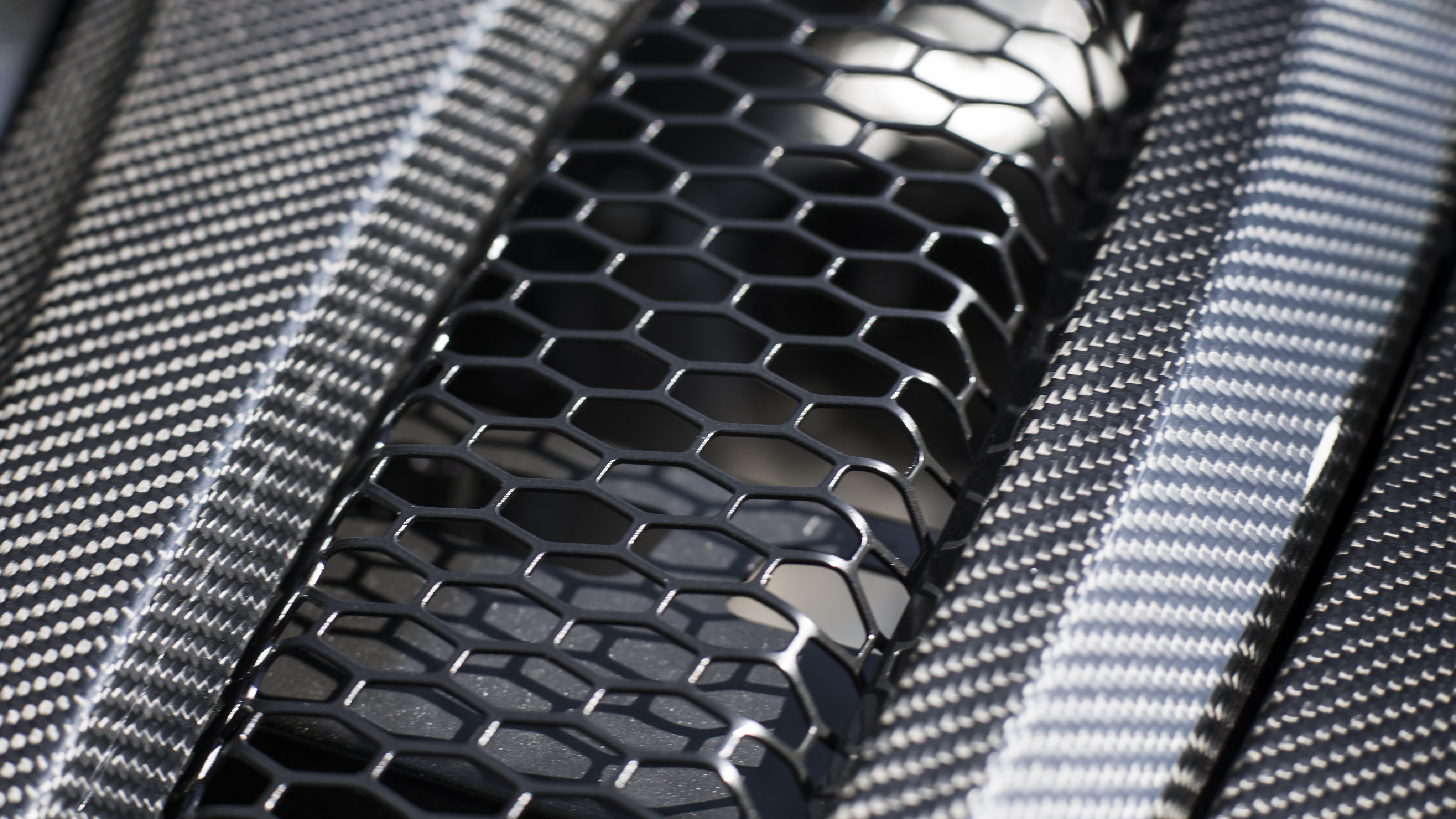 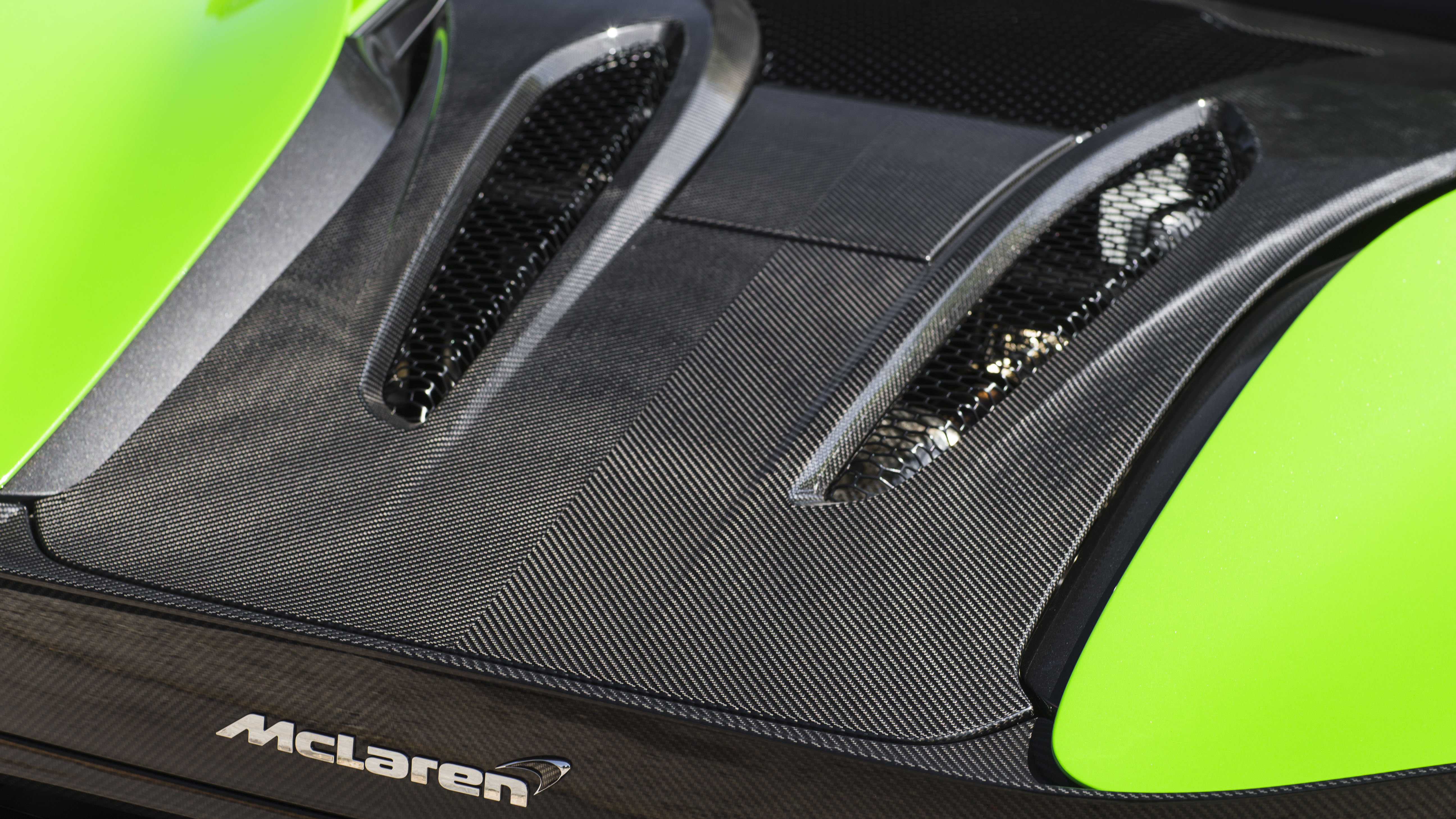 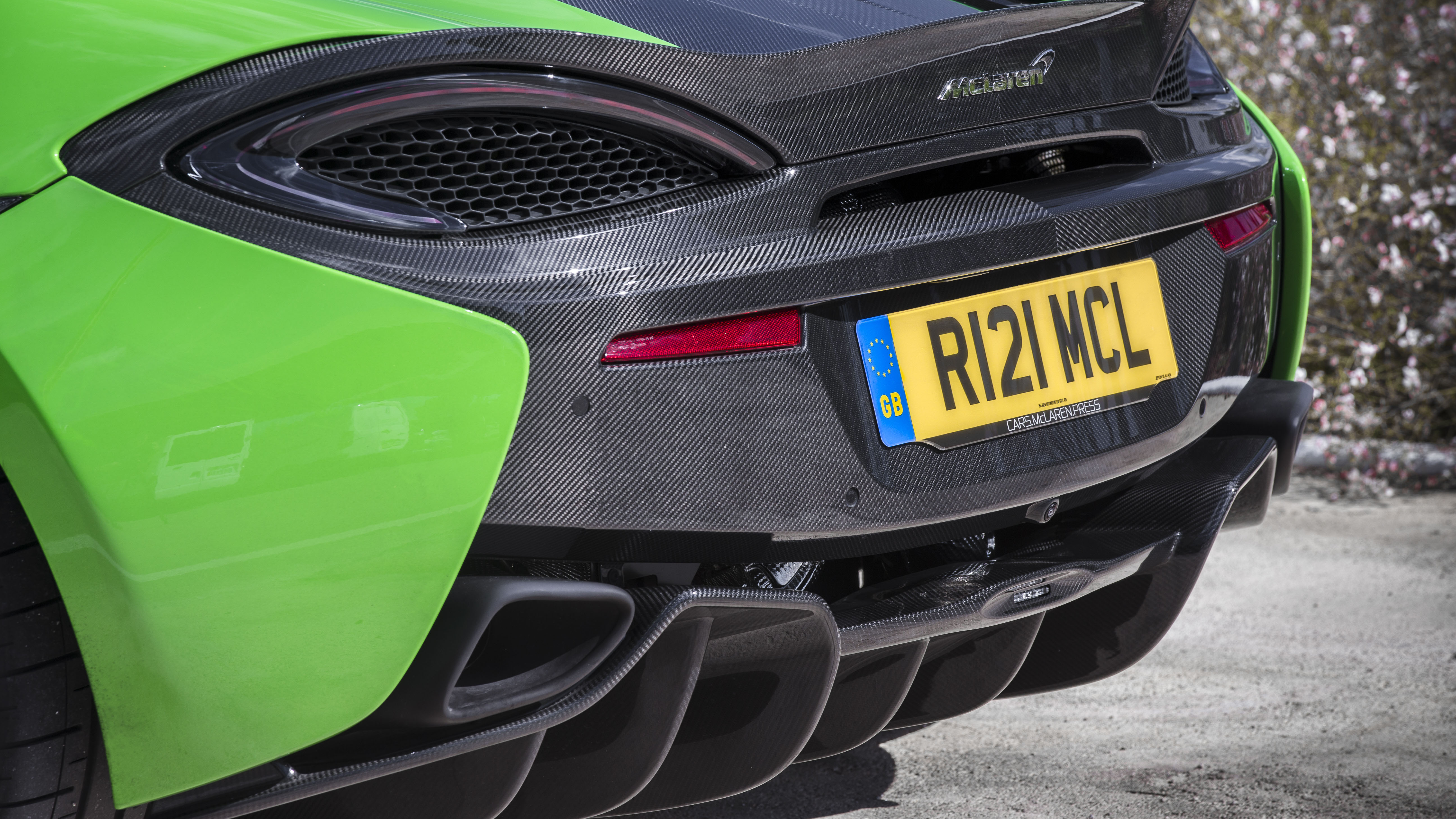 I'm imagining it's pretty brisk then.

Oh yes. But you know what? Not ridiculously quick. That might sound a bit perverse, but with McLarens we've got used to such abundance of shove that they can almost overwhelm you on the road. The Sports Series, say the engineers, are set up with road driving in mind. They don't need the acreage of a track to give their best. And sure enough, in the 570S you can actually keep the pedal pinned at full excursion for long enough to savour the action. In a 650S you tend to back off like your shoe's on fire to avoid some massive transgression.

But 'not ridiculously quick' still means non-trivial acceleration. I refer you to the numbers in the first paragraph. It hurls itself down the road with proper venom once you've passed 4,000rpm, and the engine sings to 8,300rpm (most turbos call time at 7k-ish). In that operating range, turbo lag simply isn't an issue, so the engine always responds proportionally and controllably.

Oh and it sounds fine too. The predominant timbre is a baritone harmonic of exhaust. But no, nowhere near as entrancing to my earholes as the naturally aspirated V10 from Audi's R8. What it has over the Audi is its lavish mid-range torque. And if you're on unknown twisty roads, that torque is a gift that keeps on giving.

So if its specialist subject is roads not tracks, what does that mean for cornering?

McLaren has deliberately limited grip. A bit. In other words the rear tyres are 'only' 285/35 20. And there are no moving aero devices and no extravagant downforce. Those things, plus virtuoso tuning of the chassis, result in a car with gentle edges to its envelope. You get loads of warning that grip is running low, and loads of choices about what to do next.

McLaren has hydraulic steering too, and the feel is terrific, adding another layer to your confidence. You'll seldom feel understeer, mind, because the nose is so happy to turn.

At root it's a balanced chassis with loads of traction. Beyond that it has very clever electronic stability systems, including a new, very loose, setting that allows you to – OK, encourages you to – play at lurid oversteer. Where conditions permit.

McLaren has done some genius stuff with ride suppleness before. Here too?

Yup. Oh, because the 570S makes do with conventional anti-roll bars, there is a little more turbulence on a straightahead bumpy section than the other McLarens. But the springs and adaptive dampers are very well judged for real roads. It's far more fluent that almost any sports saloon, say. Which means you don't have to slow down for lumpy surfaces. And it means more comfort of course.

So a useable daily driver?

On a motorway it settles beautifully, except for a bit of a tyre noise assault (though rivals are no better). The transmission can be dialled back to ease its changes undetectably. All-round visibility is fine. The TFT instruments will show race-car-style graphics, but you can also switch them to more workaday touring info including a prominent speedo and fuel range and navigation arrows.

The front boot is useful like a 911's, and there's space behind the seats too. The central navigation and entertainment screen is McLaren's own system. It's well up to snuff now, after a shaky start in the 12C. And you can spec a fine B+W hi-fi. Architecturally the cabin is a pared back and elegant place to be, with a more bespoke craft feel than the Audi or Porsche. Craft, but not homespun.

Oh yes. McLaren has taken aim at some serious opposition, and emerged head held high. This isn't only a technically capable car, but a hugely engaging one too.