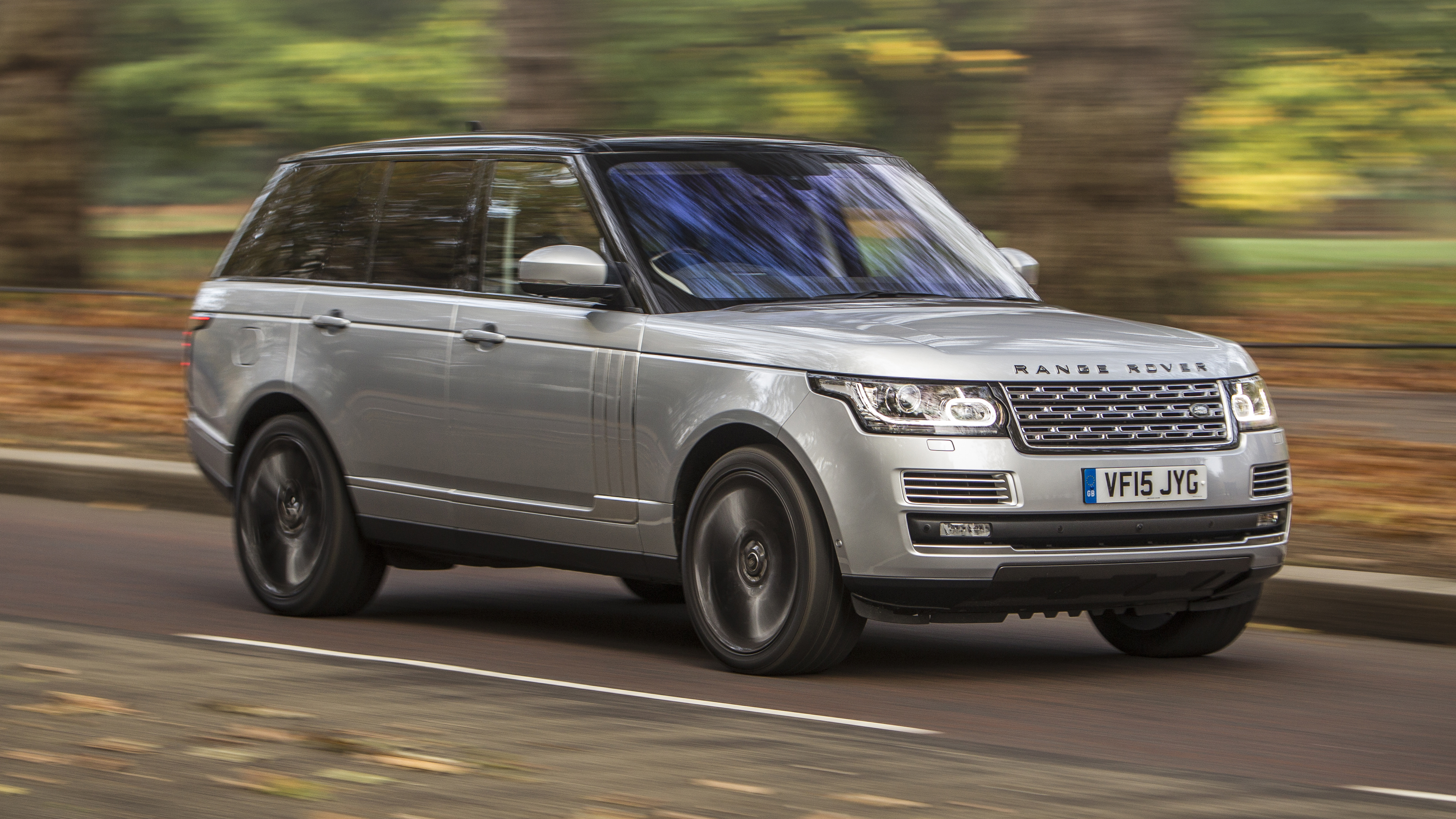 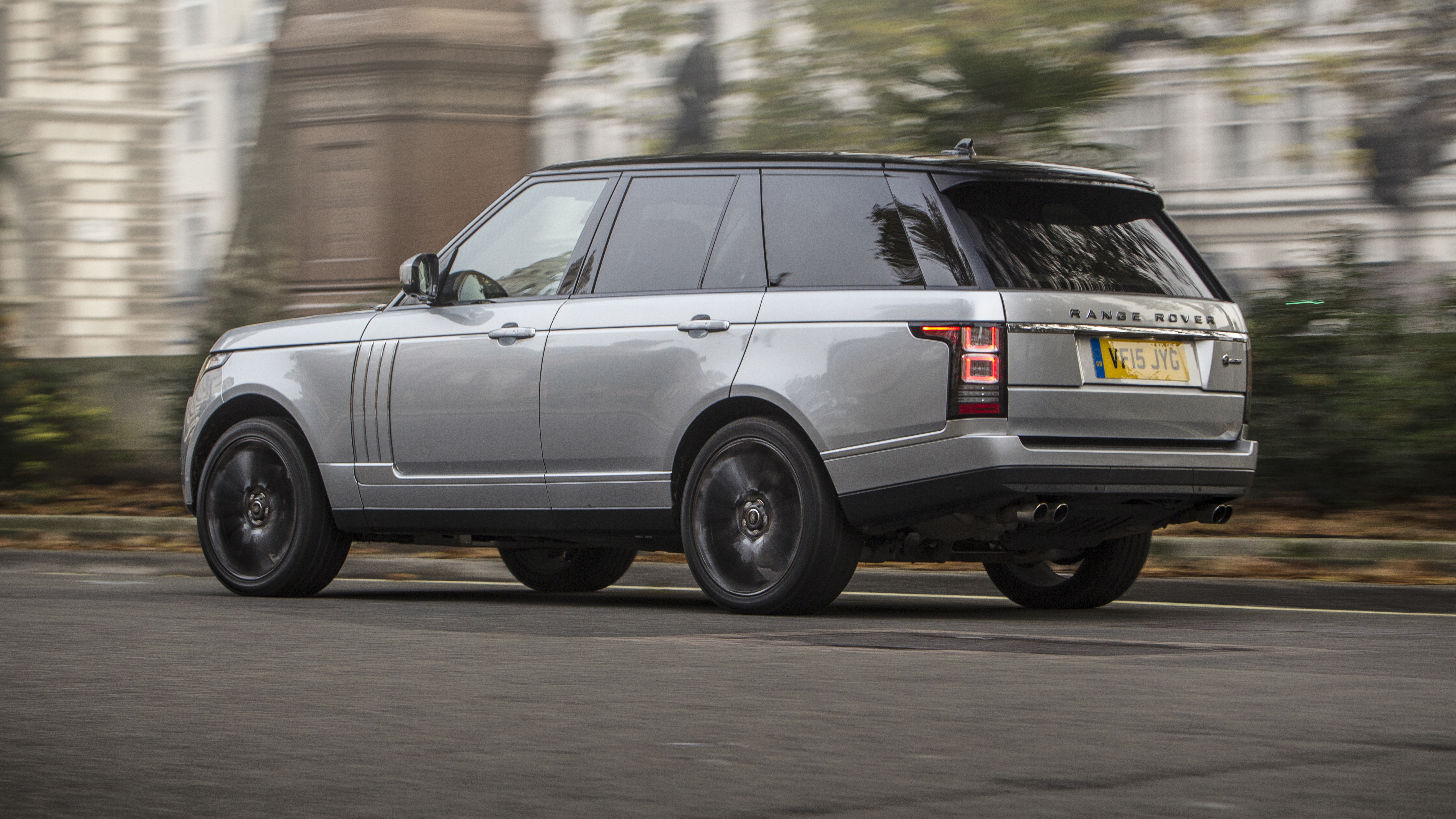 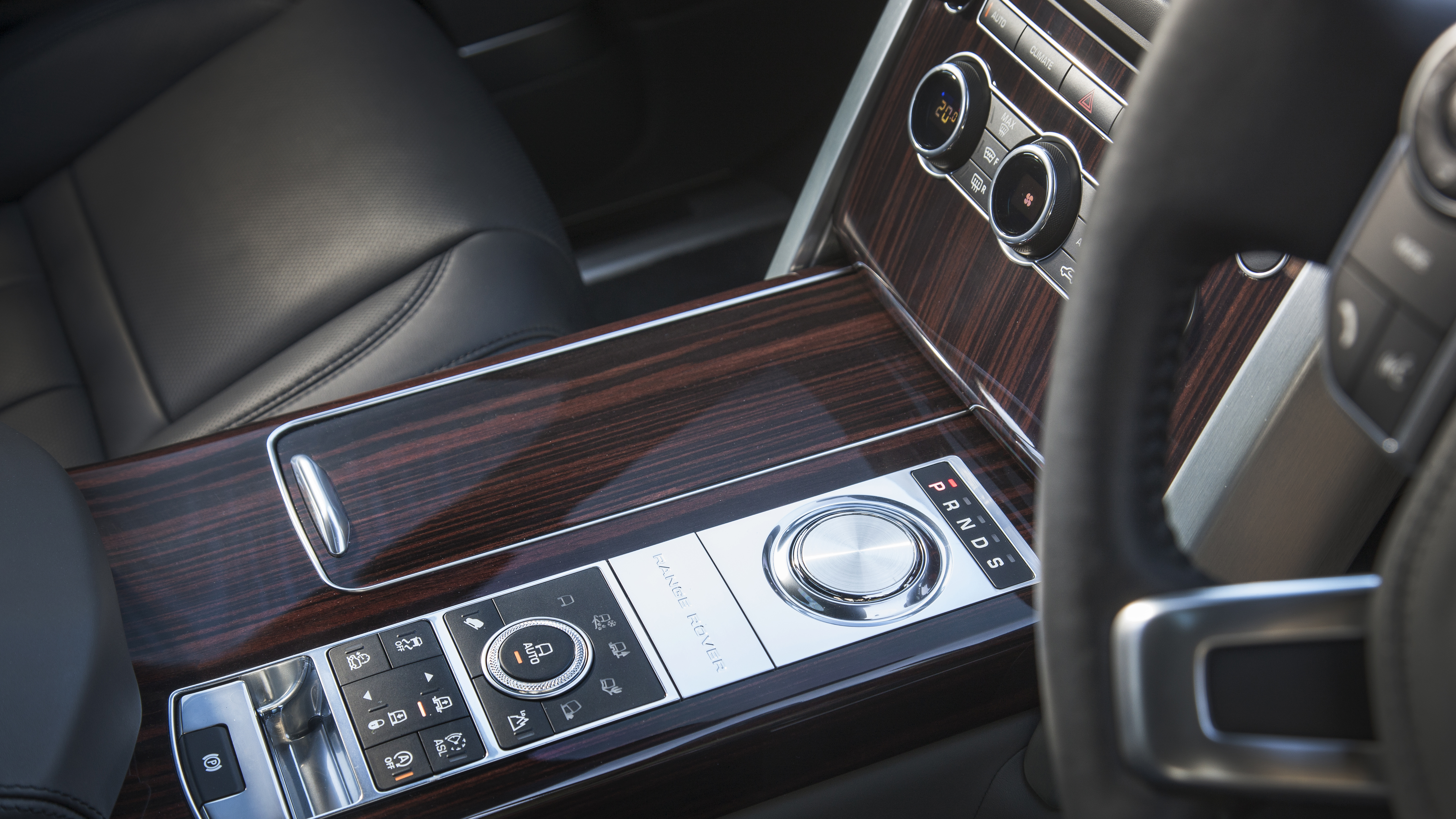 The grammatically irritating Range Rover SVAutobiography. Which, if no-one objects, we’ll refer to as the SVA from now on. The ‘SV’ bit signifies this as a product of Jaguar Land Rover’s Special Vehicles Operations skunkworks, while Autobiography has traditionally been the poshest Range Rover trim. Combine the two and you get a car of considerable luxury.

Depends how much money you’ve got, really. At £164,000 for a long-wheelbase supercharged V8, the SVA is exactly twice as much money as a TDV6 Rangie. If you’re a multi-billionaire, that’s quite cheap, isn’t it?

So, what’s here to justify that sticker?

Working from the front, you arrive first at the 542bhp, supercharged V8 petrol engine, as seen (and heard) in the Range Rover SVR and Jaguar’s F-type. It’s a mighty powerplant, capable of hurling the 2,560kg SVA from 0-60mph in 5.2 seconds and on to a top speed of 150mph.

An eight-speed automatic gearbox is standard fare. If for some reason you desire to own the world’s most opulent Range Rover but fancy saving a few quid on fuel, there are turbodiesel V6 and V8 options on hand, or a hybrid if you live in a diesel-allergic part of the world. Apparently 80 per cent of buyers have opted for long-wheelbase spec. 90 percent are having the petrol V8 engine. Because you would, wouldn’t you?

So it’s a really fast, really posh 4x4 rival for the Bentley Bentayga then?

At the moment, the only SUV that comes close to rivaling the SVA is indeed the Bentayga, which we’ll be driving before the end of 2015. Until then, the SVA is the daddy.

In this rarefied stratosphere, attention to detail really counts. Buyers just aren’t interested in a mass-produced feel. That’s why SVO has gone to town on the knurling, adding a machined finish to much of the metal switchgear, and even the RANGE ROVER scripting on the car’s nose and tail.

There are crystal-effect taillights, a new two-tone grille treatment, and unique 21-inch polished alloy wheels. Up close, these details mark out the SVA as something special, without resorting to overly garish badging and chrome for chrome’s sake. And this is merely the starting point. If you want more overt personalization, SVO’s bespoke department will swing into action. Apparently one client has commissioned unique ‘suicide’ coach doors, and SVO has happily obliged.

Do I get that Maybach-style two-tone paint for free?

No, that’s, ahem, a £9000 optional extra. And you can only have the top-half in black. It’s rather effective at garnering the extra looks one might hope if you’ve splashed out on a Rolls-spec Rangie, and accentuates the car’s 5.2-metre length.

Ouch. Any other pricey options?

A few, but the idea is that you get everything – the Meridian hi-fi, semi-aniline supersoft leather, heated massage seats and so on – as standard, so the options list is tiny.

You can spend £5500 adding temporary chairs to the split tailgate for the ultimate in point-to-point seating. There are three choices of wood trim inside, and you can have a wooden boot floor that slides out on polished metal runners. Other than that, and a few minor gadgetry aids, it’s a fully kitted out machine. And so it should be.

Of particular note is the unique reclining rear seat, which offers the full lounging experience combined with retractable blinds, your own climate control, and electrically retractable picnic tables. There isn’t space to recline fully flat like an S-class will allow, but, as we’ll see, that’s not enough to stop you getting too comfortable…

The regular wheelbase, 542bhp car is not the one you’ll want in the UK. Partly because you’ll create a localised fuel panic, but mostly because its bespoke suspension set-up is too unsettled on British rural roads. This is a car designed more for US interstates and sweeping, immaculately surfaced Gulf state roads, where, by pure coincidence, fuel is cheaper than the champagne chilling in the on-board drinks cooler.

It is, admittedly, prodigiously fast. With its subtler exhaust, the SVA doesn’t thunder down the road as raucously as the SVR, but it still makes an almighty racket, and is fast enough to cause most hot hatchbacks serious problems. You can tell the transmission’s been to a finishing school aimed at cruising manners over outright shift times, but that’s fine. It encourages you to behave properly. Like a chauffeur, even…

Yes, mostly. Land Rover says it expects the majority of non-European owners to have a driver pilot their SVA Monday to Friday, but give Jeeves the weekend off and mooch about in the captain’s chair themselves. So how it drives is relevant, to a point. 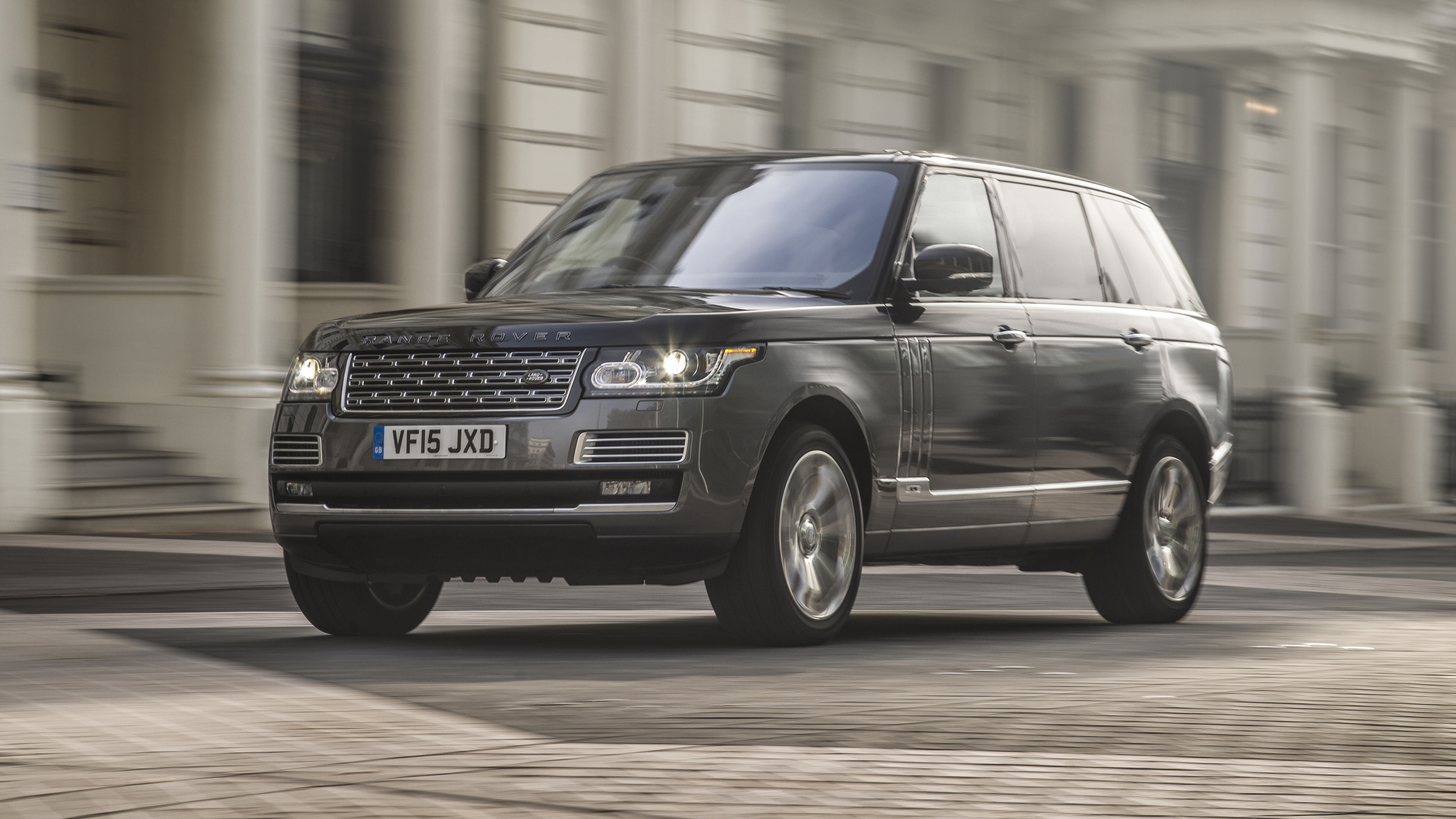 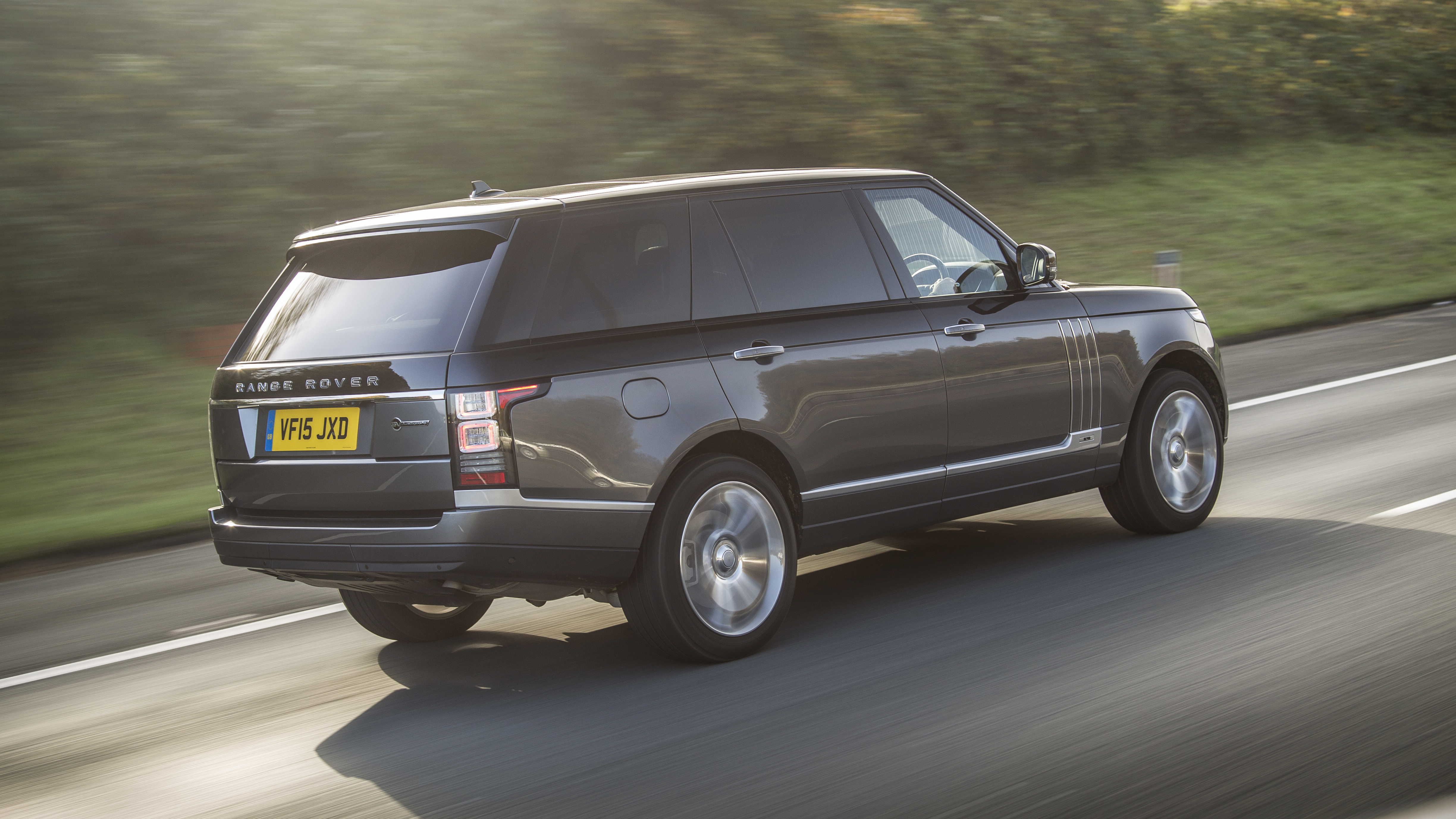 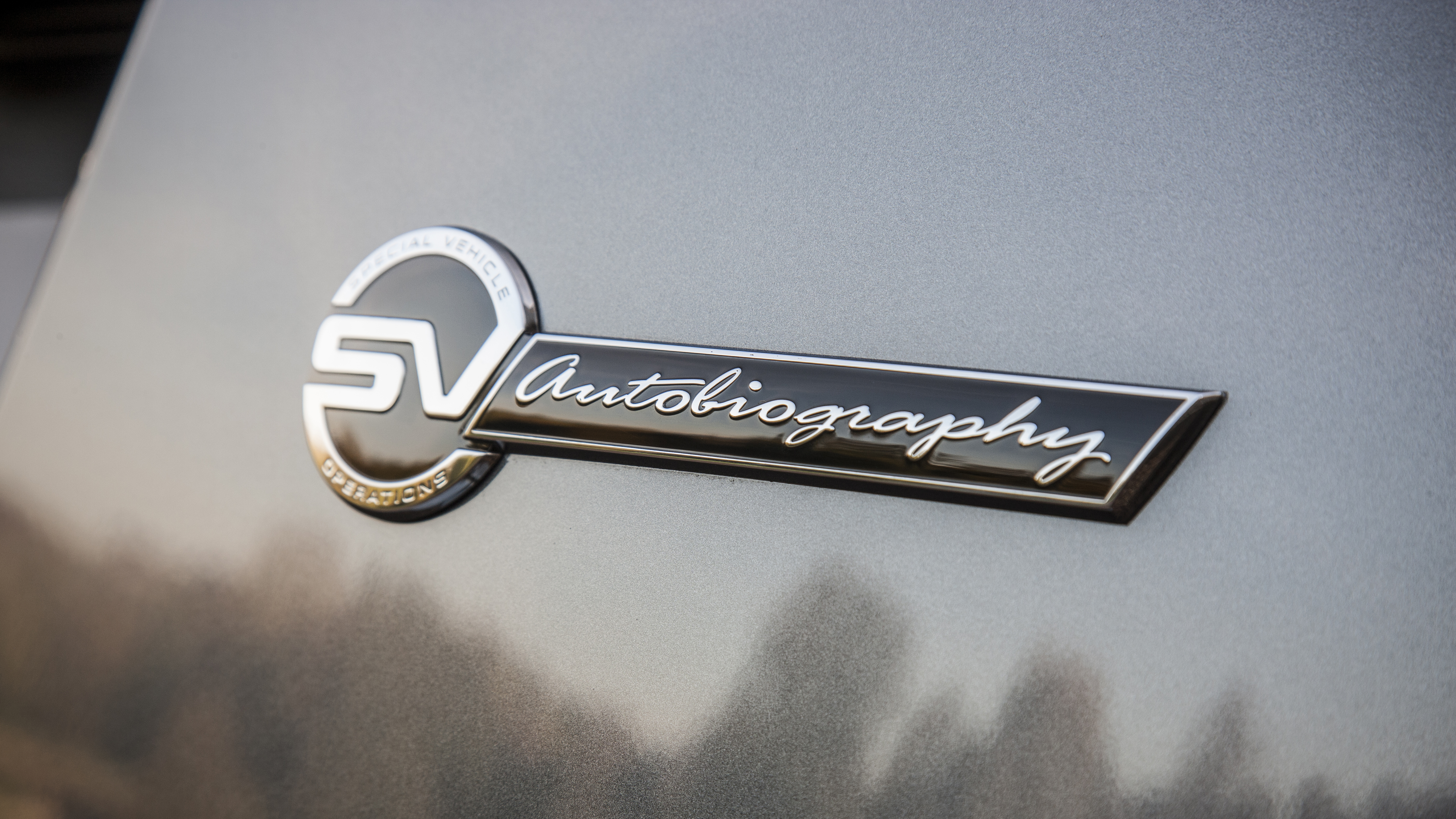 So how’s life in the ultimate long-wheelbase SVA (above)?

Mag-bleeding-nificent. The long-wheelbase car has its own suspension set-up, and the one we drove rode on 21-ich wheels and was powered by a 4.4-litre twin-turbo V8 diesel engine. What a car. Hushed, languidly torquey and even easy to place. It still shudders over sharper bumps in the road, but it’s noticeably better than the standard car.

It’s a regally luxurious way to travel, and somehow more raffish and relaxed than a business-like Audi A8L or Mercedes S-class, if not as consummately set up as either of those conventional options. Those are terrific cars, but the SVA is one of those rare machines that offers such sense of occasion, it transcends being merely a car, and becomes an altogether more adventurous, gratifying travelling companion.

While, um, assessing the rear seats, TG may have fallen asleep. A bit. This was however, long after dark, with the heated massage seat simmering nicely as the SVA oozed along in the remnants of rush-hour traffic. It’s so effective at isolating you from the outside world, it’s embarrassingly easy to just close one’s eyes for a second…and… zzzz.

Customers are voting with their chequebooks, snapping up orders healthily, and SVO is already considering offering a £200,000 Range Rover, if the Bentayga catalyses thirst for even more opulent 4x4s. True, an S-class is still, objectively the best luxury limo. But the SVA is happy to plough its own furrow. Sweet dreams.