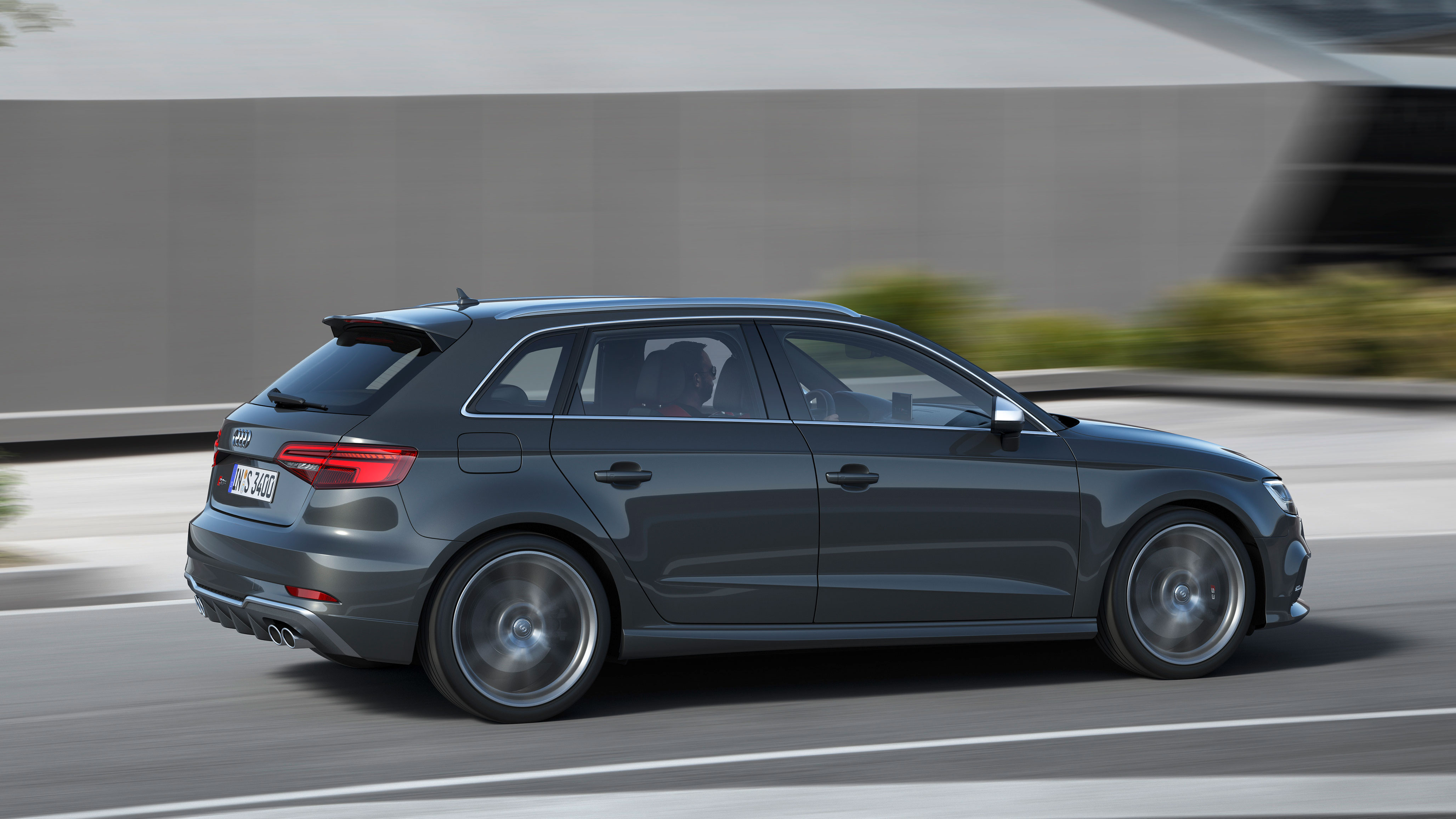 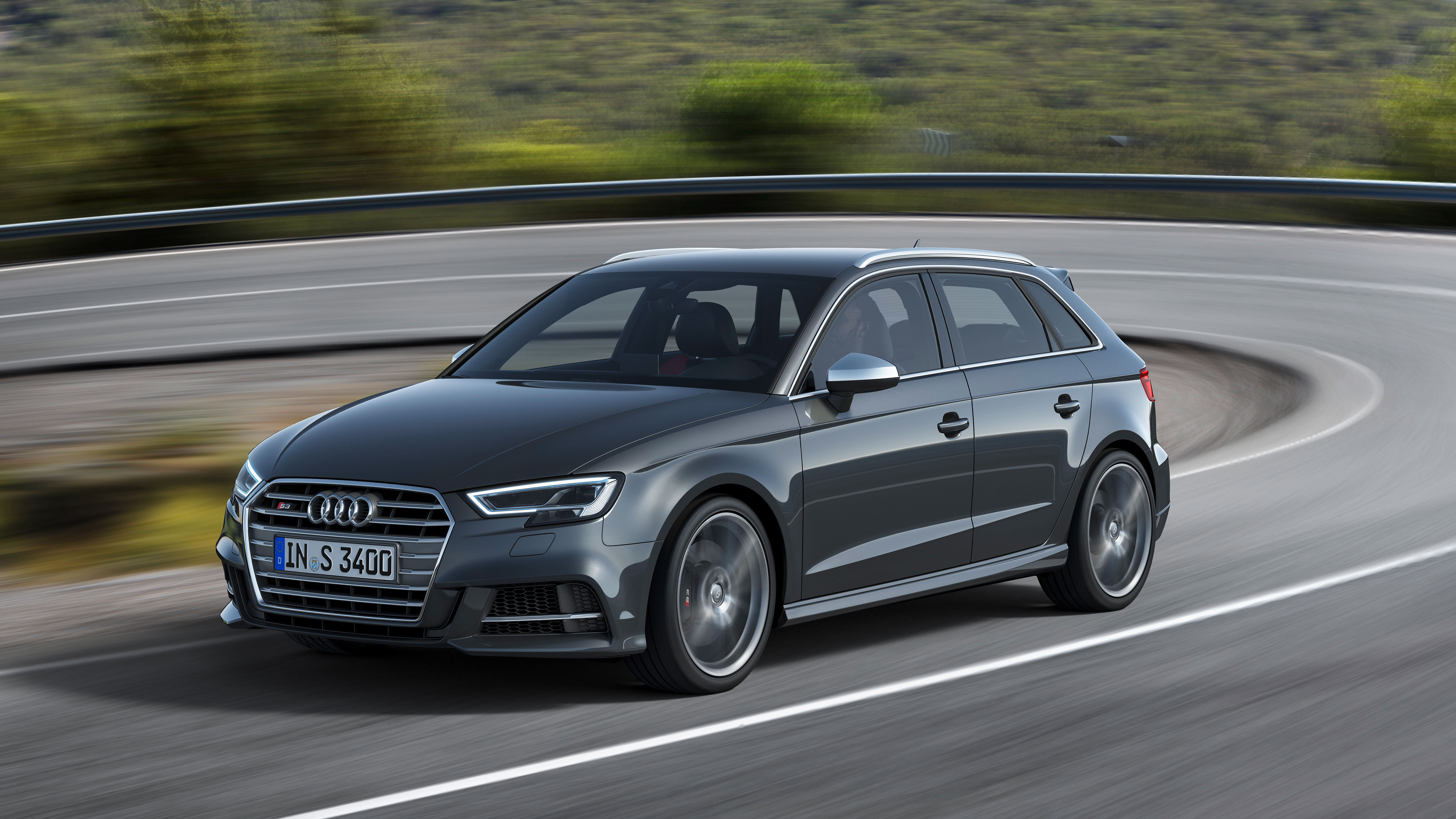 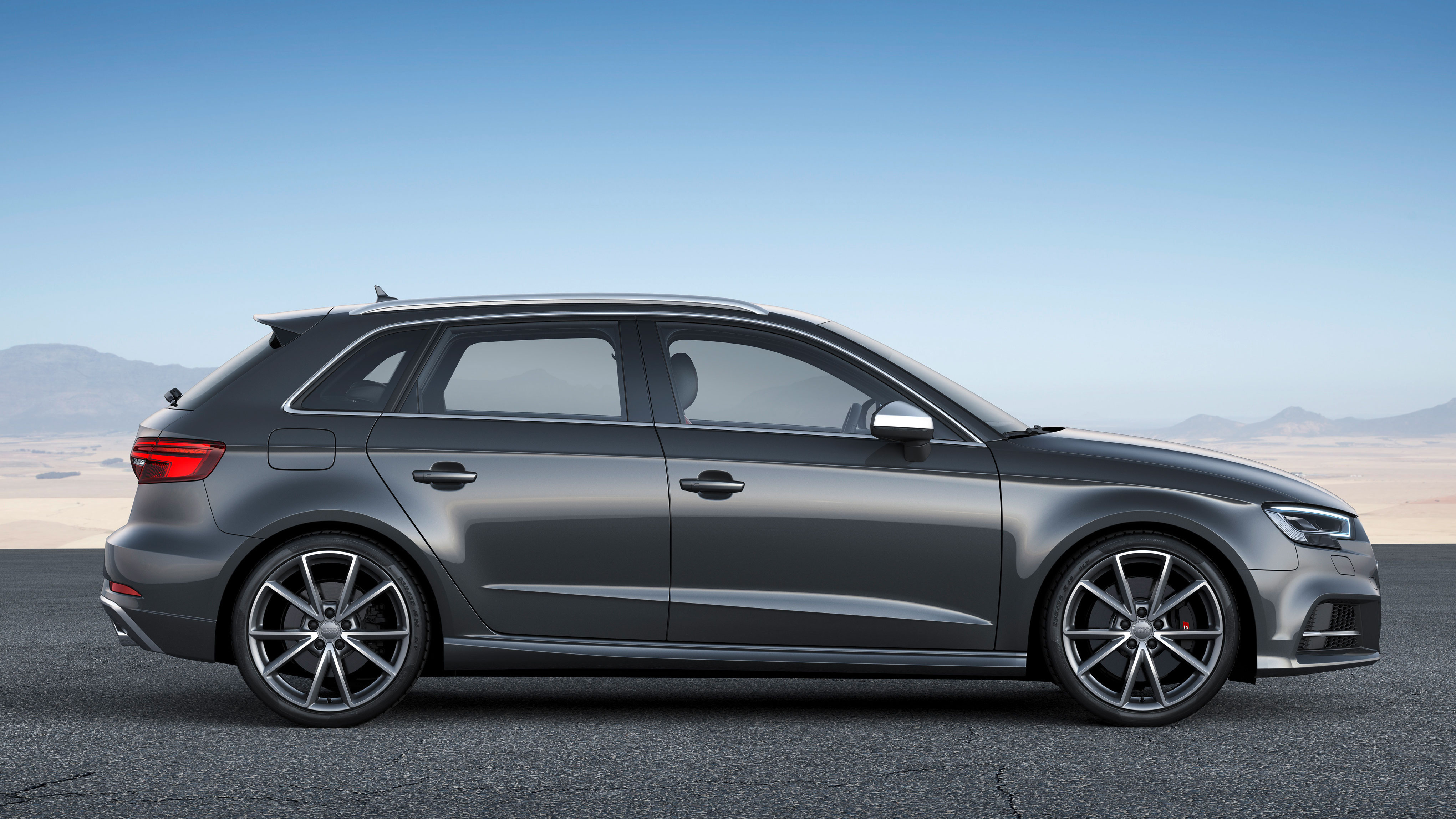 Why review the Audi S3 again?

This is the half-way new, facelifted Audi S3. Quite a successful facelift too, adding some feistier front intakes, more angles to the LED headlights, and crowd-pleasing scrolling indicators.

It’s a handsome and modern bit of kit but crucially, if you ripped off the S3 badges and let those quadruple exhausts acquire a film of winter grime, it’s still subtle enough to be a Q-car. The look on an unsuspecting Civic Type R driver’s face? Priceless.

Which S3 are we looking at, then?

The most popular one. The S3 line-up’s been invaded by soft-top and saloon versions for this generation but the five-door, stretched wheelbase Sportback equipped with £1,550 of S-tronic auto gearbox is how the most popular. It costs £34,090.

Britain’s got good taste, even if we say so ourselves. The Sportback is vastly roomier in the back than say, a Mercedes A-Class, and the rigorously square boot can transport 340 litres, if you like litres. Or three suitcases.

I can also confirm the S3 will swallow such disparate cargo as a used Christmas tree, an old bathtub, and an eight-year old Labrador. And take them to 62mph on the way the tip, recycling depot and park respectively in 4.6 seconds. (If the RSPCA is reading, that was a theoretical test.)

Is it much faster than before?

Not eye-dryingly: Audi’s topped up the 2.0-litre turbo four-cylinder (five-pots are reserved for the RS3) by 10bhp, taking its total to 306bhp, along with a 15lb ft bump to 295lb ft. In other words, this is a preview for the new VW Golf R’s motor, as is the gearbox. It’s a seven-speed dual-clutch – a luxury the old S3 enjoyed while the giant-killing Volkswagen soldiered on with an inferior six-speeder.

Token power gains maybe, but the S3 is an exceedingly quick point-to-point car. Quattro isn’t infallible, with the traction control light blinking on wet or frosty roads as the computers went about bunging more power to the rear tyres, but once it’s hooked up, which takes a split-second, you’d have to be a complete lunatic to uncover a speed deficit to an RS3 on a public road.

The S3 suffers less lag and isn’t as nose-heavy, in fact. In isolation, it’s extremely rapid. I’ve not figured it, but 0-100mph in under 12 seconds seems an entirely reasonable presumption. Get that Q-car winter grime on it and nosh foundering F-types for brunch.

Has it got one of those annoyingly faked hot hatch soundtracks?

Up to you. You can select a ‘dynamic’ engine sound from the Drive Select menu, but it’s a subtle garnish to the four-pots’ earnest growl. It’s not as garish as similar setups in the Focus RS and Golf, so if you prefer your turbo hatch to be a bit more honest with its autotune, take the S3.

Either way, it’s a heartier noise than the old S3 made, which Audi explains by being fantastically German. ‘Further optimisation of the exhaust system control’ is the official party line for why the new S3 snarls where the old one hummed.

The S3 goes about its business in a hyper-efficient way, nailing every given horsepower to the road. Even its exhaust pops are muted, as if its engineers thought such frivolous noise was a bit OTT.

But after spending some time in it, the new S3 does feel less one-dimensional – less anodyne – than the old one. It’s difficult to isolate why – Audi claims the car is sending more power to its rear wheels than ever before, but it still doesn’t have anything like the mid-corner playfulness of the Golf R, let alone a Focus RS.

This is very front-wheel-drive feeling quattro. But maybe it’s a bit of that, plus the harder noise, the genuinely batty speed and how the S3 just takes it all in its stride. Altogether, it’s just got that bit more personality this time.

Audi’s retuned the steering, and though it’s not as naff as the fully variable Dynamic Steering nonsense, it’s still a bit wayward. It’s slower just off-centre than a normal A3’s, because you’re more likely to be cruising at a high rate of knots in the S, but quicker towards the extremes of the rack.

Fine, but you can cross the threshold of steering rate on something as nondescript as a motorway sliproad, at which point everything goes a bit inconsistent and snatchy, like you’re doing a fast lap of the Pentagon. Oddly, it makes the car’s front end feel like it’s got less grip than is really there.

Anything else worth a mention?

The brakes are stellar and the pedal is spot on. Tarty red calipers cost £325, which seems like quite a lot for such a small amount of paint. Obviously the interior is a cracker, and if you spec the cost-extra Virtual Cockpit dials, you can have a boost gauge, oil temperature gauge, and coolant gauge. Gauges are cool. They remind you you’re driving a hot hatch, a machine powered by various fluids and bits of metal whacking into each other at speed, not a computer.

Oh, and it can cruise at an indicated 42mpg, averaging out at 32mpg if you’re using a bit more of the prodigious performance. Quite a package, the S3. In fact, if you like your hot hatches more mature – more downsized RS6 than grown-up Mini Cooper – then there’s only a pesky four-piped, R-badged VW that does it better.