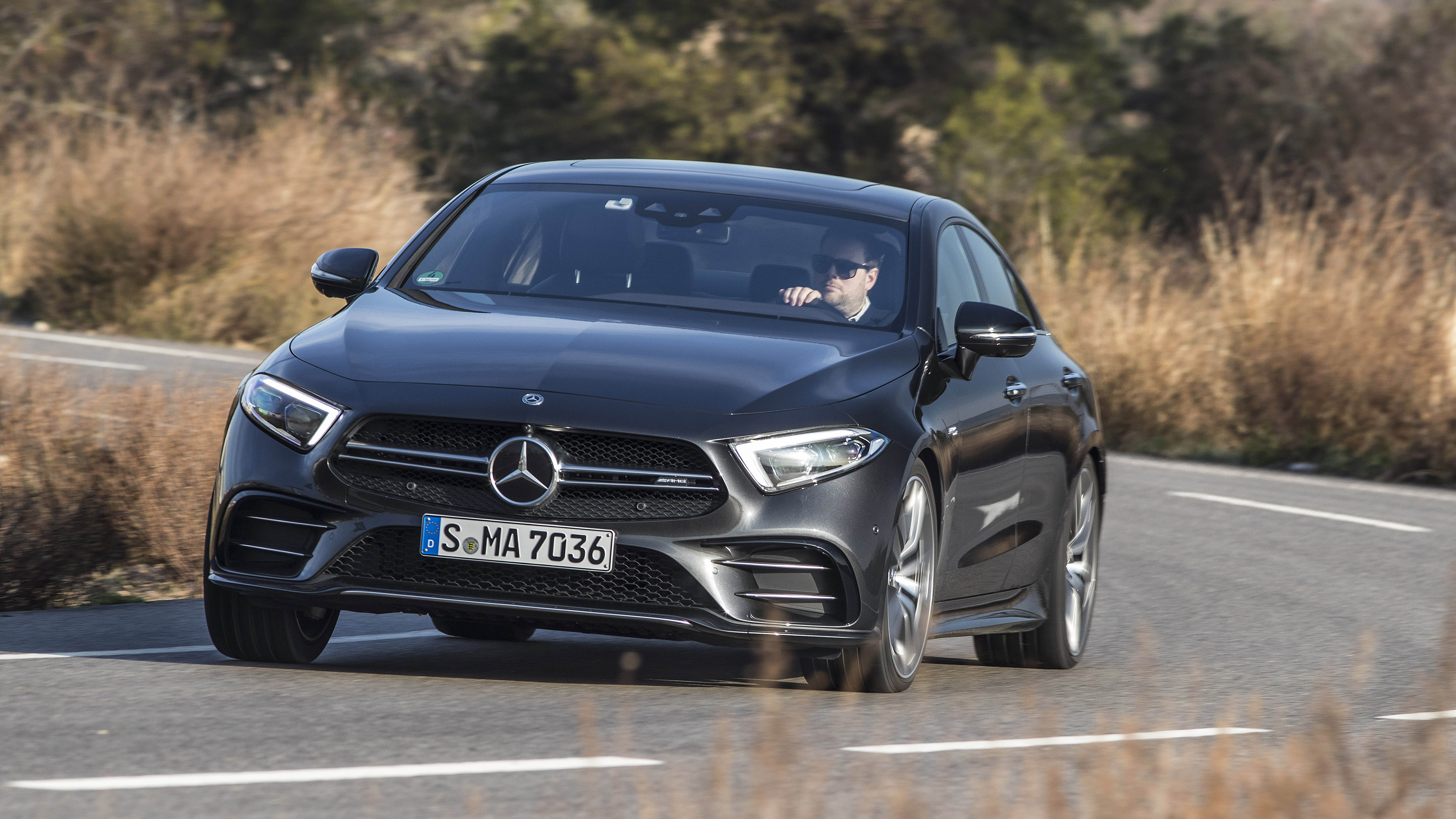 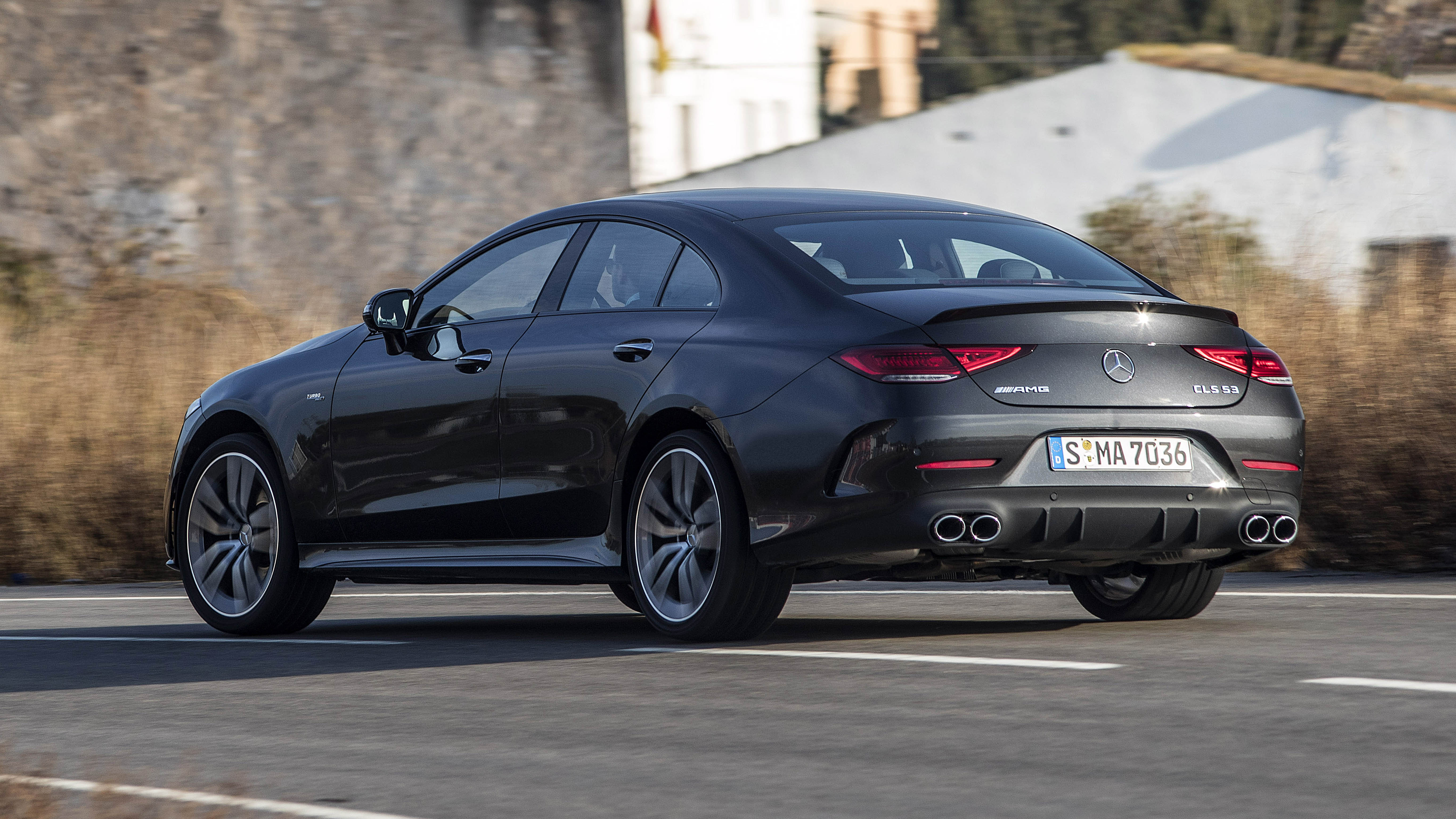 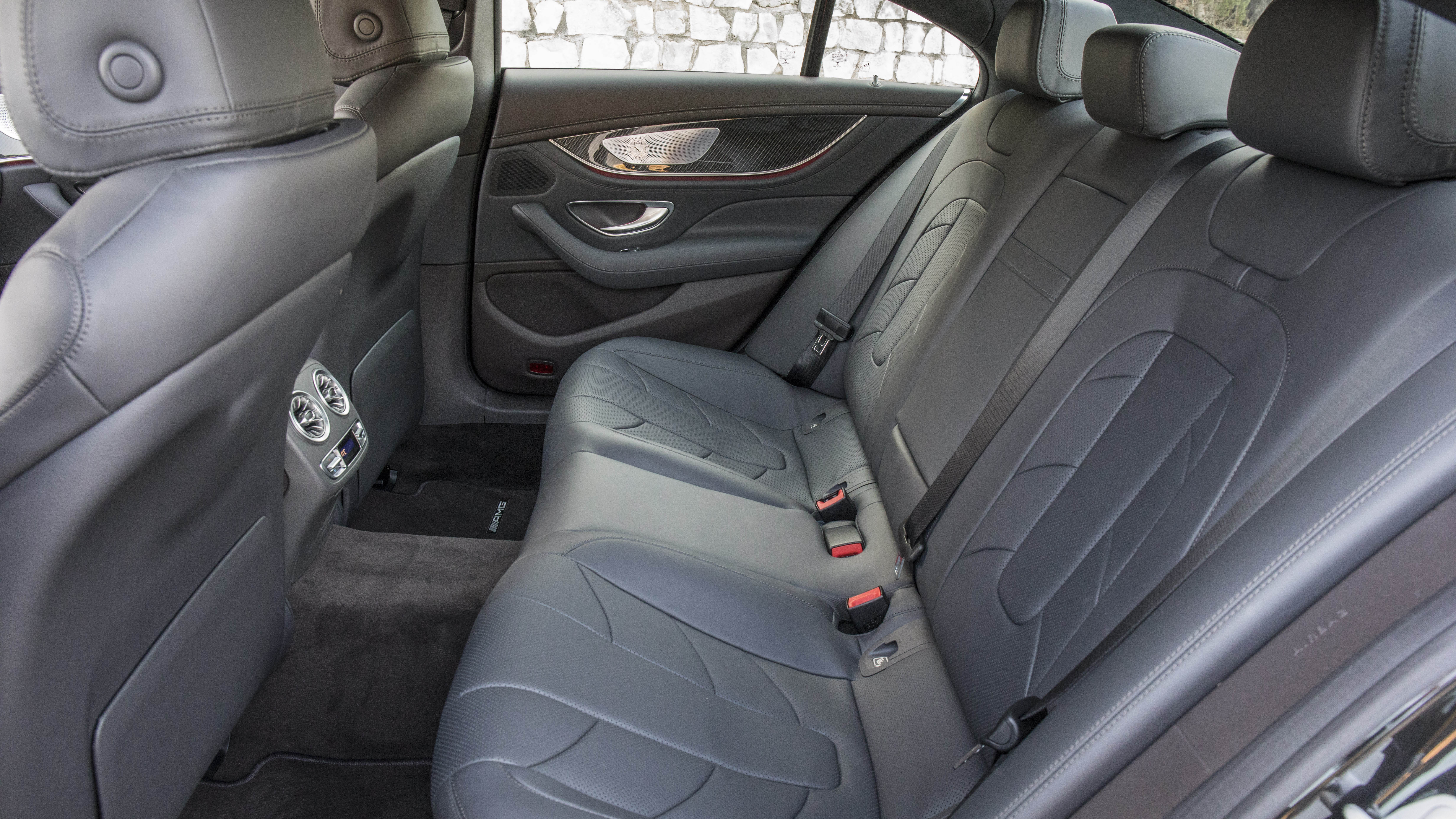 Correct. Welcome to our first crack at an AMG ‘53’ – an entirely new breed of AMG quite unlike any we’ve seen before, but no doubt like many we’ll see as time goes on…

Well, long gone are the days Mercedes/AMG numbered its cars according to what engine was under the bonnet. The AMG 53 does not have a 5.3-litre engine. It doesn’t even have eight-cylinders. It has six – and not arranged in a vee and twin-turbocharged like an AMG 43.

The Mercedes-AMG CLS 53 4Matic + (and breathe) has the same inline six-cylinder engine as the S500 and CLS450, with its 48-volt electrical infrastructure and ‘EQ Boost’ starter/alternator that separates the engine and transmission. It gives a momentary boost of 22bhp/184lb ft, an engine-off coasting/gliding function and perhaps the smoothest stop/start we’ve ever experienced.

A electric compressor supports a conventional turbocharger (a la Audi SQ7), for 429bhp, 389lb ft, 0-62mph in 4.5 seconds and if you spec the AMG Driver’s Pack, 168mph (otherwise it’s the usual 155). Power is sent via a nine-speed automatic gearbox to all four wheels, which are kept in check by AMG-developed multi-chamber air suspension. There is, as you might have guessed, much going on in what is the first but by no means last ‘electrified’ AMG…

Indeed. In the interests of full disclosure we’ll admit our drive of the CLS 53 was rather limited, insofar as it involved winter tyres, quite a lot of standing water, slush and at times reasonably deep snow. But this is an important car for Mercedes, an important car for AMG. So in spite of the, erm, ‘challenging’ conditions of our test drive, we still think it’s worth sharing a few initial impressions, even though a proper dynamic assessment will have to wait until we get our hands on one in the UK. When it isn’t under a foot of snow, naturally.

I see. What can you tell us?

That even though the AMG is noticeably firmer than the regular CLS – which you can read about by clicking here – it’s still a tremendously comfortable thing in any of its drive modes. More supple than an E63, certainly.

But perhaps this car’s greatest achievement is that all that technology has been so well integrated – refined and developed to such an extent you really can’t tell what effect it’s having unless you really look for it. But the cumulative result is that this 3.0-litre, straight-six engine is really very good indeed. Linear and responsive in a way we weren’t necessarily expecting. While not entirely free from delay, there are shades of natural aspiration here. It even sounds quite nice in an artificial kind of way – quite directional, in that it all comes from behind you, but tuneful enough to encourage hanging on to one of those nine ratios a bit longer than you might normally.

The 53 has revised steering knuckles and load-bearing joints, more negative camber and much besides. AMG claims all suspension components have been “optimised in terms of rigidity” to “improve agility and boost dynamics”. And sure enough it steers nicely – with what feels like a hint of E63 about the way it changes direction (quickly and with purpose, even on winters).

Its developers readily acknowledge it took much time and effort to make it “feel like a true AMG”. Whether or not they succeeded is a matter to be discussed when we get one on a dry road with proper tyres. But in the conditions in which we drove the CLS53, the overriding impression was one of refinement and civility rather than outright excitement – the 4Matic all-wheel drive apportioning traction efficiently and undramatically. Technically it’s very good, and as Mercs go it’s as desirable as they come.

Would we like a V8? A bit more drama? Sure. And not doubt we’ll get them from the upcoming four-door AMG GT. But don’t let that detract from what a lovely thing the CLS 53 is.