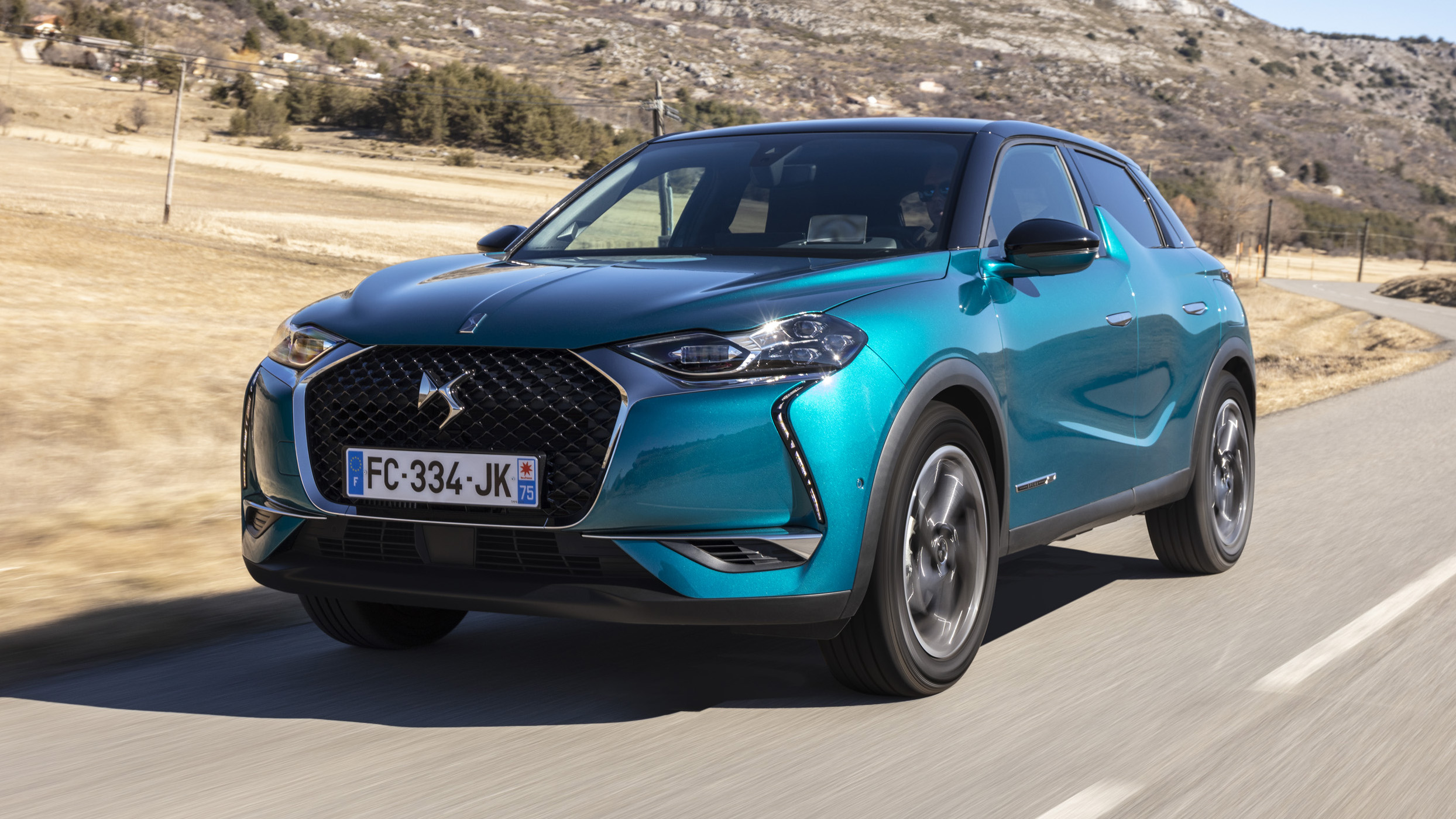 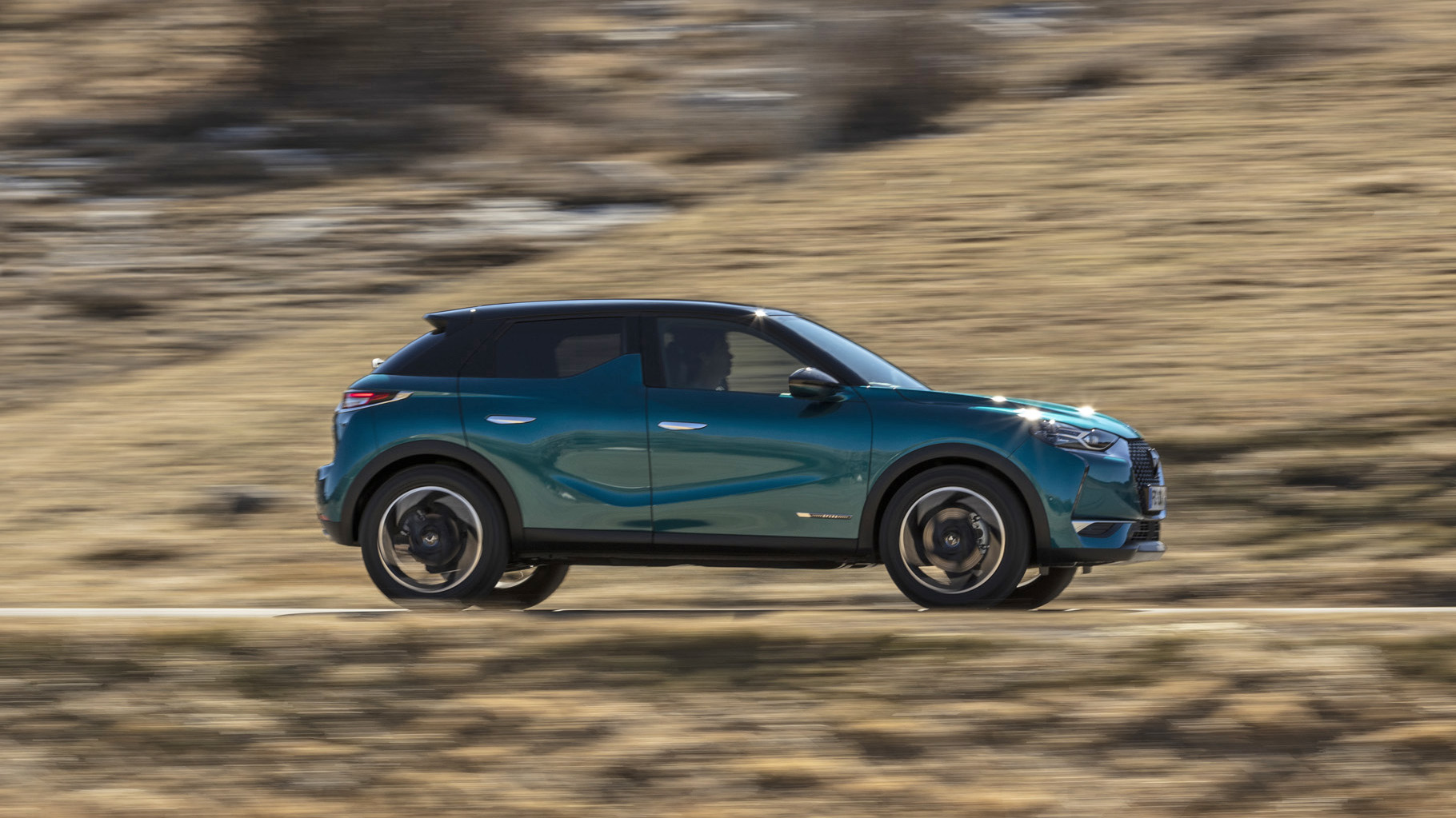 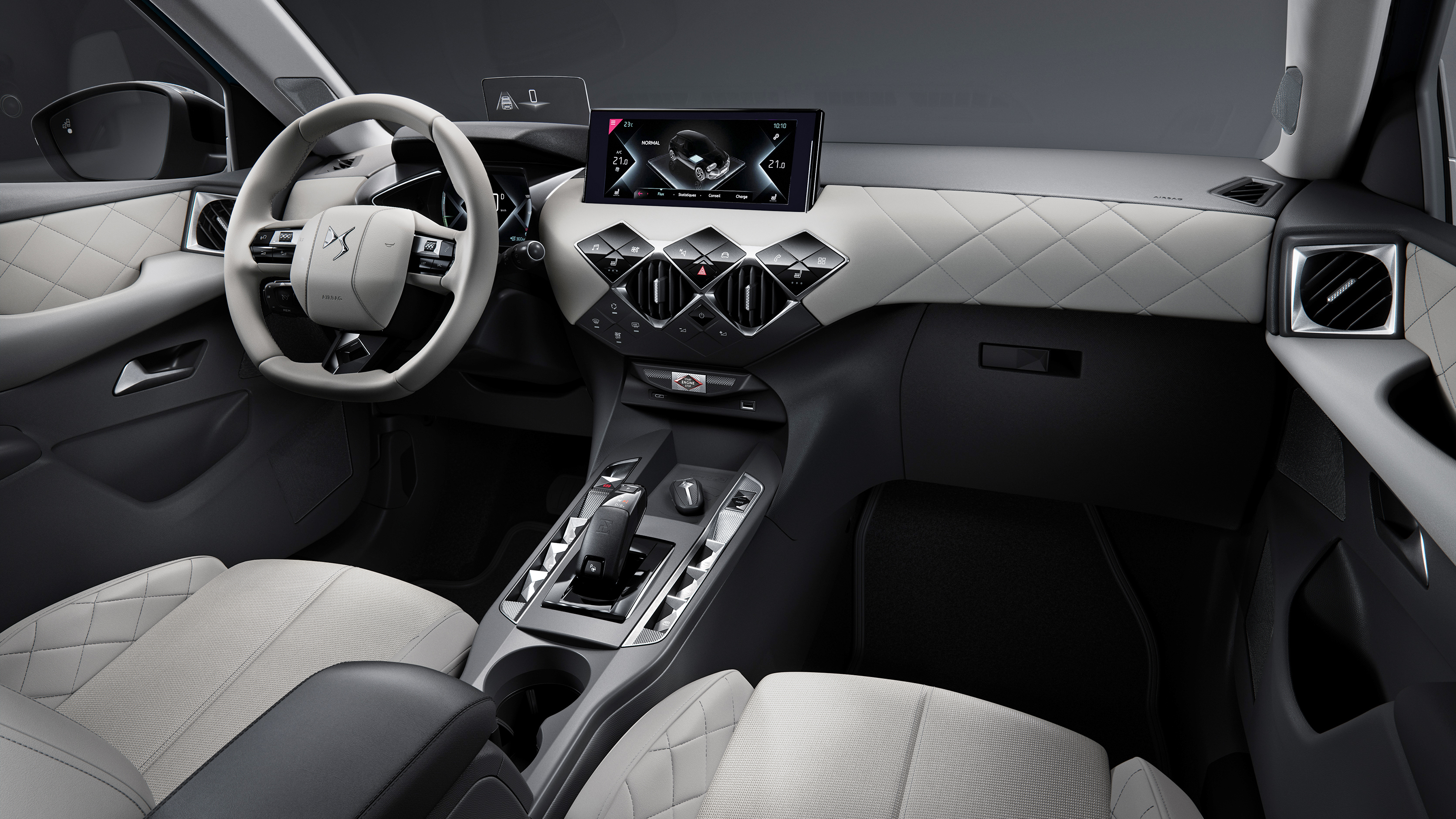 Good powertrains, electric version, unusual looks inside and out

A bit softer than rivals in the bends, can get pricey

DS, the brand, loves to remind us of the original Citroen DS, the car. A long, sleek shark of a thing. This could hardly be more different. It's that most fashion-forward of categories, a small chubby crossover.

And we mean small. It's slightly more petite than an Audi Q2 and a fair bit mini-er than a Mini Countryman. Those are the cars DS says it's competing against, because they're premium brands. To get a size match for the DS 3 Crossback, top-end versions of the VW T-Cross are snapping at its heels.

While the VW is a boxy and conservative thing, the French have genuinely gone for some fairly wild styling touches. The surfaces are rippled, the openings florid. There's family DNA in the nose, with its LED sideburns, and in the shark's fin halfway back the side profile. They're throwbacks to the old DS 3 supermini. Two-tone roof options also figure, but that's pretty standard for crossovers these days.

DS wants to be known for technology. So all versions get flush door handles that motor out, and flat screen instruments, lane assist and road-sign recognition. Two further strata of driver assist are available above that. Matrix LED headlamps are on the tick-box list too.

It all sits on a new platform from the Peugeot Group that's also providing undergirdings for the next Peugeot 208 and then Vauxhall Corsa. The wheelbase is a bit longer versus those superminis though.

Like them, the DS3 will offer a full-electric version, in this case by the end of 2019. We drove a prototype of that.

The rest of the engine selection reflects the UK's swing to petrol. There's just a solitary diesel, with a measly 100bhp. The petrols are all 1.2-litre three-cylinder, in a new version for the next stage of emissions laws. It comes as 100bhp manual, and 130bhp or 155bhp with an automatic gearbox. Performance isn't bad at all because it's skinny: the weight of most versions is little over 1,200kg.

"This is not a replacement for the DS 3," say the DS people. Indeed – for a while you will still be able to buy that little three-door hatch and its cabrio version. But really sales of those sorts of cars are falling away, while small crossovers rage across their turf. Hence the DS 3 Crossback.

The DS 3 Crossback lacks any great rational case. But you can say that for any small crossover. At least this one it serves up an individual design and a sense of luxury.

Whether that's to your taste is a different matter, but there is of course no accounting for it.

On the road, the decent dynamics, and strong comfort play well, and the handy compactness does make sense of the urban crossover tag.