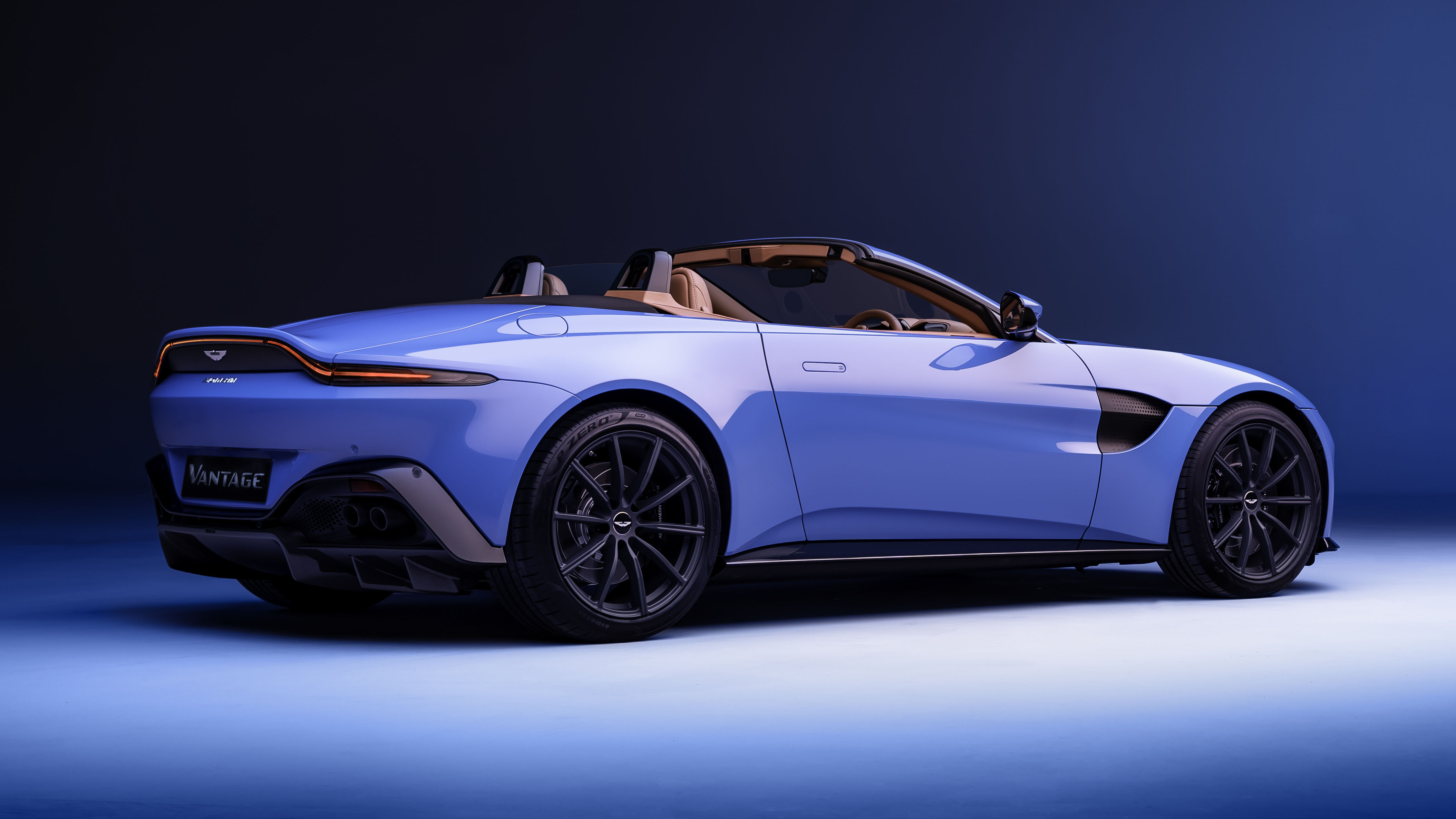 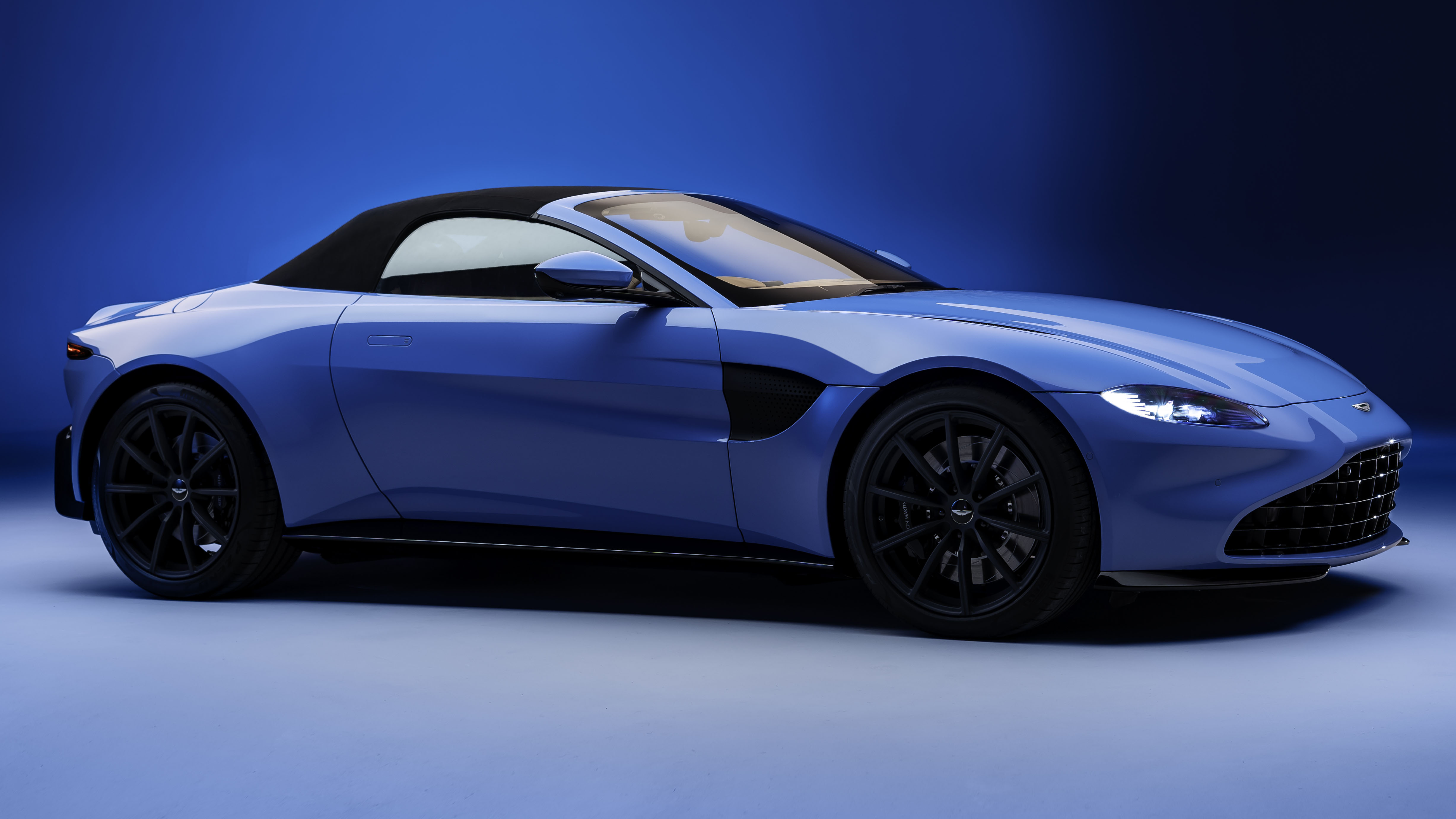 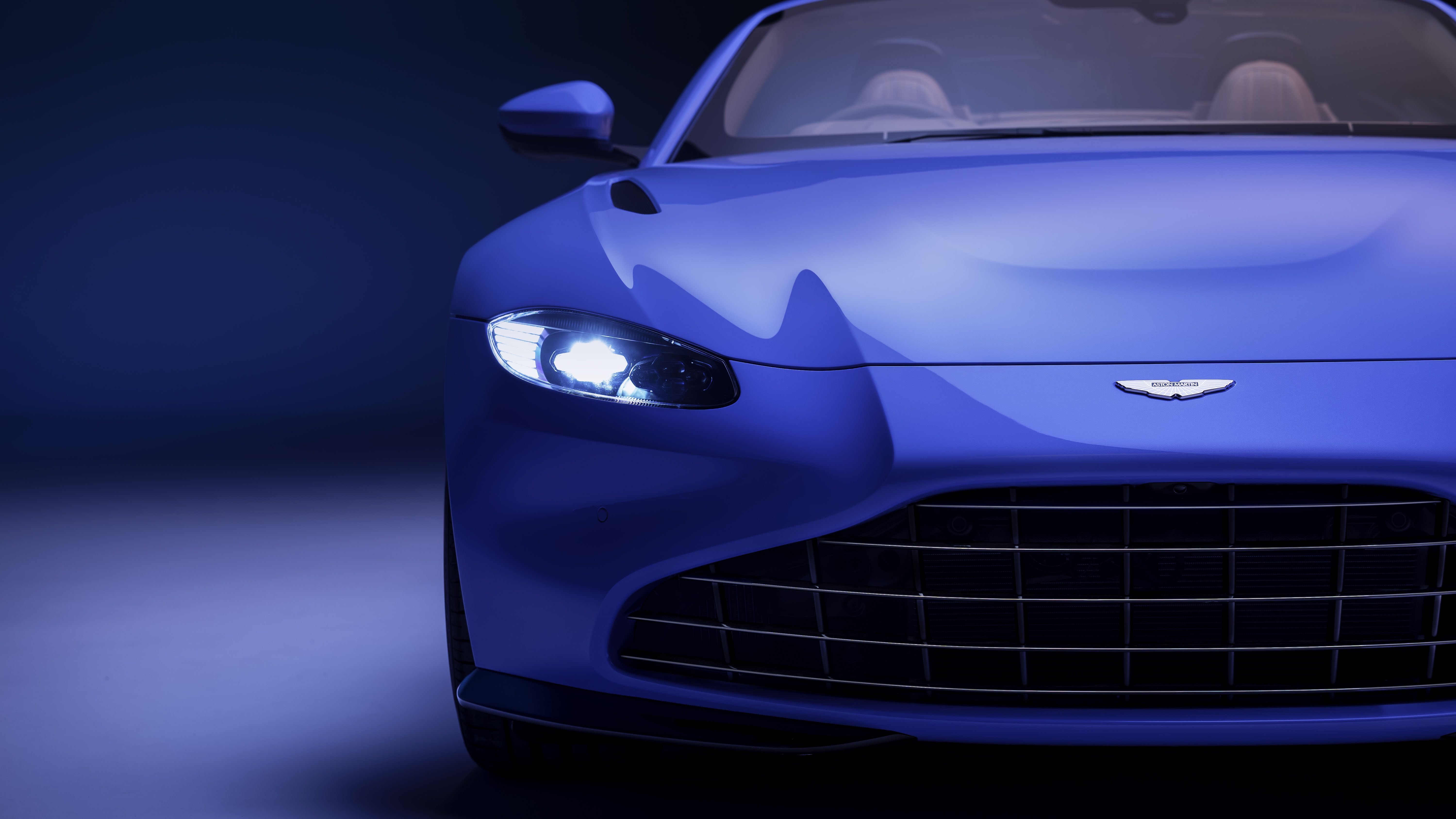 As you can see, the major difference to the two-seat, twin-turbo V8 sports car is that there is no longer a roof. Well, technically there actually is one, it’s just made of fabric, and is retractable. In fact, the powered Z-fold mechanism is claimed to be the fastest fabric roof in the game, capable of lowering itself in 6.7 seconds and raising in 6.8 seconds at up to 31mph. Aston claims this is the fastest full operating cycle of any automatic automotive convertible system. To be honest, we didn’t know anyone was keeping tabs, but you’ll be thankful they are when it starts chucking it down mid-August.

Because of a shallow design, this new retractable roof still leaves plenty of room in the back for whatever you want to throw back there. 200 litres of the stuff. Which, we’re told, is enough to stow a full-sized golf bag and accessories. We’re guessing those accessories include: golf balls, excuses and freshly-signed divorce papers.

Mechanically, it’s business as usual. The Roadster features the same AMG-sourced 4.0-litre twin-turbo V8 (but recalibrated by Aston) to produce 503bhp and 505lb ft of torque. Still bolted to an 8-speed ZF automatic ‘box, the Vantage Roadster can get from 0-60mph in 3.7secs and charge on to 190mph with the roof up. Aston hasn’t given a figure for the top speed with the roof down, so we’re going to have to test that for ourselves.

Due to that new roof mechanism and increased chassis strengthening to make sure it doesn’t wilt at the first sign of a corner, the Roadster has put on 60kg. It now weighs in at 1,628kg dry. Underneath it’s still the bonded and riveted aluminium structure descended from the DB11, and still shares the same adaptive damping, dynamic stability control, torque vectoring and electronic rear diff as its hard-top Vantage brother. But there is a bespoke rear damper and ESP map.

Visually there are minor changes. You might have noticed the grille. To celebrate the 70th anniversary of the Vantage nameplate, Aston has brought back the ‘vane’ grille as an option on both Coupe and Roadster as an alternative to the track-inspired ‘hunter’ grille featured on the Coupe from its launch. As you can see, the ‘vane’ grille is softer, more sculpted – like the recent limited edition Zagato projects. It’s more shark than catfish, and a lot more like Bond’s DB10 which of course inspired the latest generation of Vantage in the first place.

Other than that, same as, same as: the same cracking proportions, stubby aggression and anger at the back. You’ve still got four pipes, a dramatic diffuser and a full-width light strip. Though now you can hear that exhaust clear its throat and turbos whistle a bit easier. Inside, you can still see the bits borrowed from Merc (screen, pointless mouse-style touchpad) as it’s exactly the same as the coupe.

Lifting the lid on the twin-turbo V8 sports car is the latest step of Aston’s ambitious plan which it set out back in 2018. Y’know, that of delivering seven new standalone models (one every nine months) by 2021. Since then, the company has been caught in a financial storm, held up by a £500 million rescue package, and sprouted an F1 team. So in the grand scheme of recent Aston Martin news, stripping the roof off a car is somewhat small fry.

Prices for the Roadster start at £126,950, making it quite a lot more expensive than a 911 cabriolet that starts at £92,438. But the Roadster also brings a few updates to the Vantage range as a whole. Aside from the optional grille outlined earlier, you can now also get a normal Vantage coupe with a seven-speed manual ‘box, not just the AMR. And given that’s possible, don’t be surprised if that gearbox makes its way into the Roadster later down the line.