This is the production version of the 1,080bhp Lucid Air EV | Top Gear
Advertisement
Electric

This is the production version of the 1,080bhp Lucid Air EV

Final stats have been announced for the Californian Tesla rival 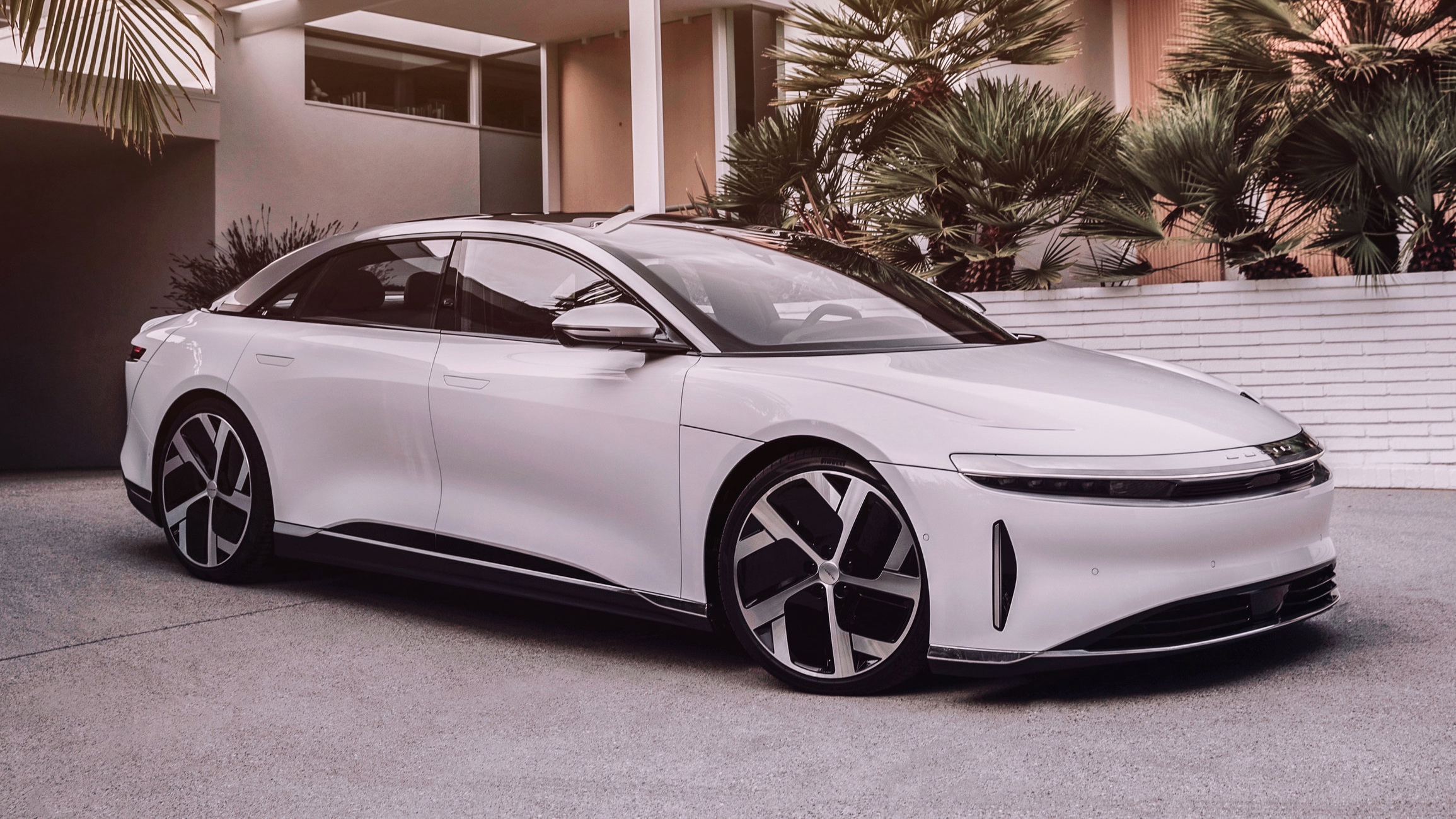 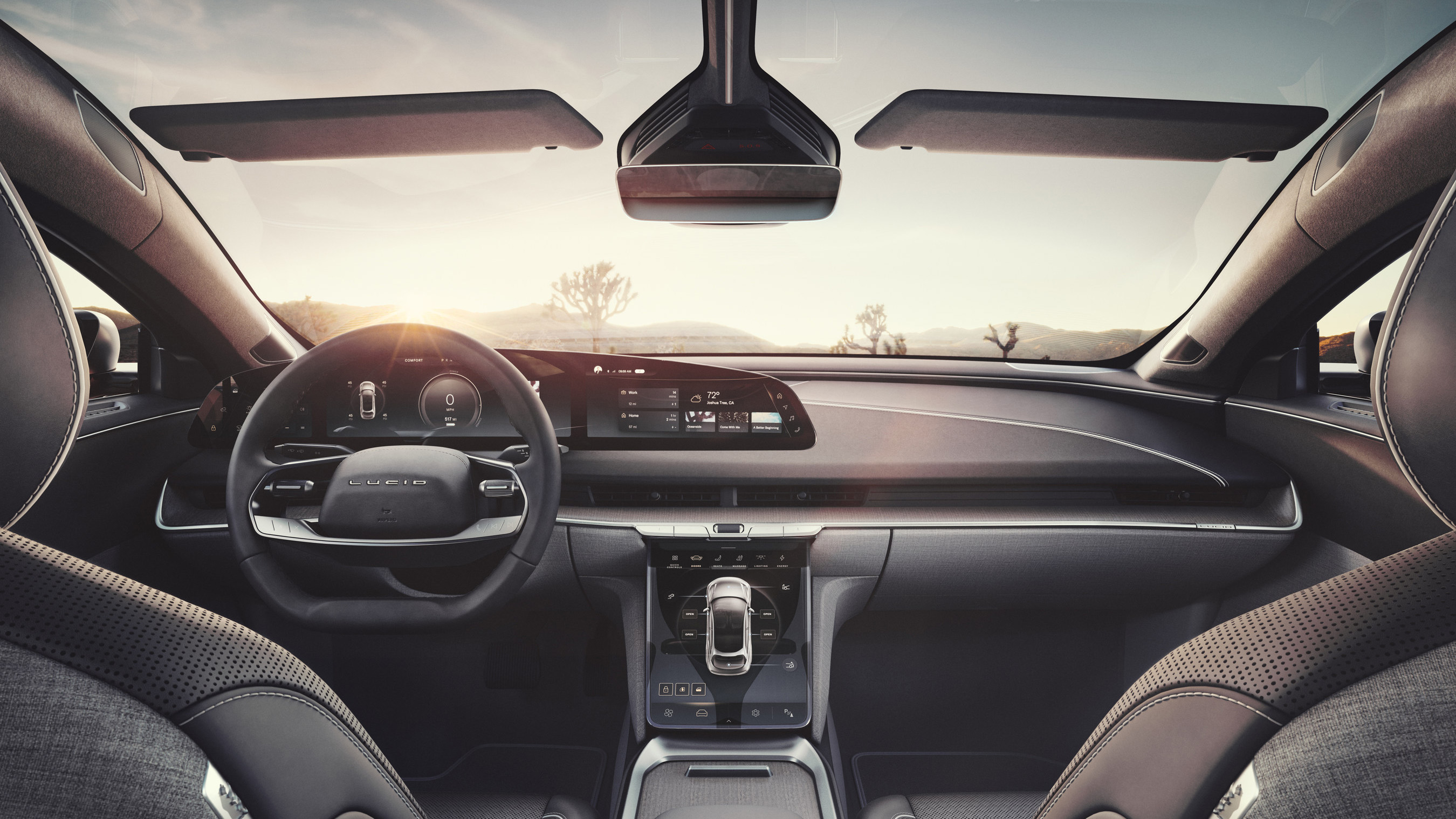 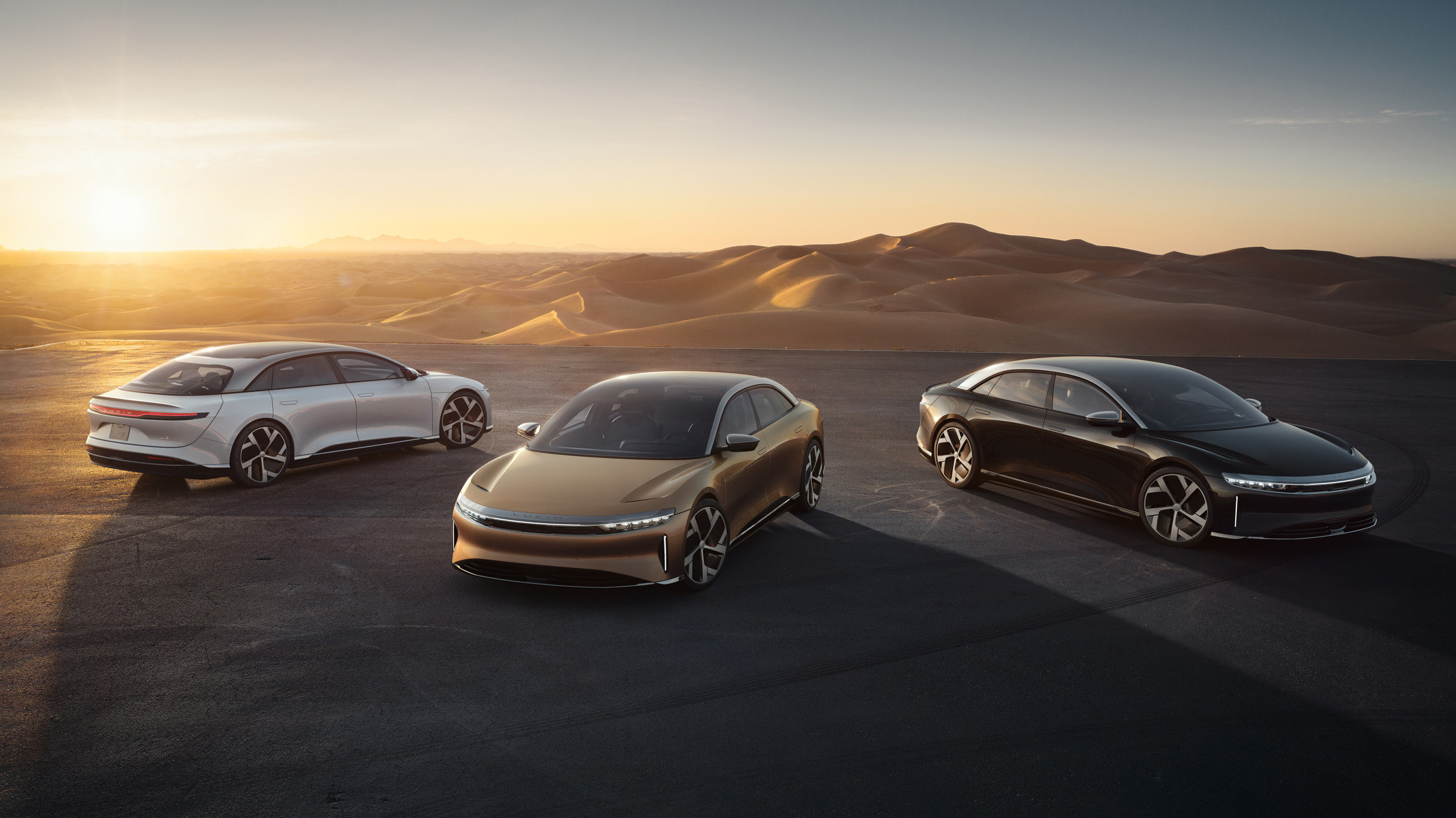 We’ve been waiting for the production version of the Lucid Air for a long, long time now. We first heard of the California-based company’s introductory luxury electric saloon (sound familiar?) way back in December 2016, and although we’ll have to wait a few more months until deliveries get underway in the US, Lucid has finally given us a look at the production car and its numbers.

Those numbers, by the way, are ridiculously impressive. They should be, though, given that Lucid is promising “new benchmarks for electric vehicle innovation, performance, luxury, and sustainability.” Look out Elon.

Let’s start with the top of the range and work down. For $169,000 (or $161,500 after the USA federal tax credit, or around £125,000), the limited-volume Air Dream Edition will feature a 1,080bhp dual-motor, all-wheel-drive electric drivetrain which Lucid claims has been miniaturised to optimise interior space.

Despite the tiny components, the Dream Edition will do 0-60mph in 2.5 seconds, top out at 168mph and achieve a range of 465 miles on its bespoke 21-inch wheels, or 503 miles on smaller 19-inchers. Its 113kWh battery pack will also be able to charge at rates of up to 20 miles per minute when connected to a DC Fast Charging network. That means 300 miles of range in just 20 minutes and the fastest charging electric vehicle ever offered. Crikey.

Just below the Dream Edition is the Air Grand Touring, which will arrive slightly later, in mid-2021. At $139,000 before tax breaks it’s still a rather expensive option, but the key figure here is the EPA-tested 517 miles of range. That’s a lot. Oh, and there’s still 800bhp to play with. The standard Air Touring brings 620bhp and 406 miles of range to the party, and all models get the same fast charging setup.

So, what else can we tell you about the Air? Well, it’s the world's most aero-efficient luxury car with a drag coefficient of 0.21. For comparison, the Tesla Model S has a coefficient of 0.24 and the Vauxhall Calibra’s was 0.26. Lucid also says that at 202 litres, the Air has the largest frunk of any electric car. Funky.

As you can see, the interior is gloriously minimalist with a 34-inch curved glass 5K display in front of the driver and a retractable central ‘Pilot Panel’ between said driver and the front seat passenger. Thankfully there are still physical buttons for the climate control.

There’s built-in Amazon Alexa voice control for pretty much all of the Air’s features too, and an advanced driver-assistance system that utilises just the 32 different sensors. What could possibly go wrong?

Production will be headed by Lucid’s factory in Casa Grande, Arizona and we’ll apparently hear more about deliveries to the European and Middle Eastern markets at a later date. Yet more waiting, but what a thing right?