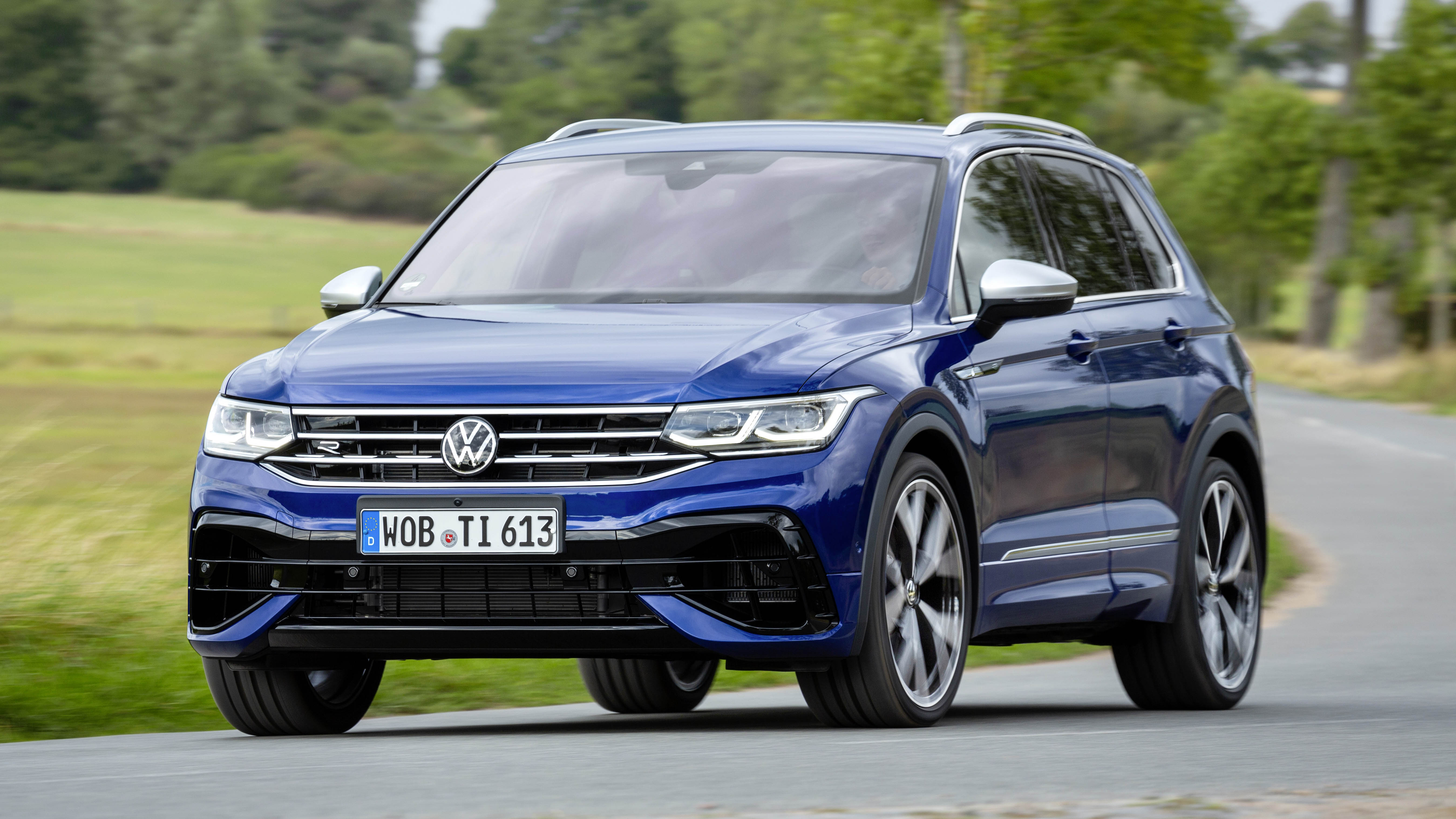 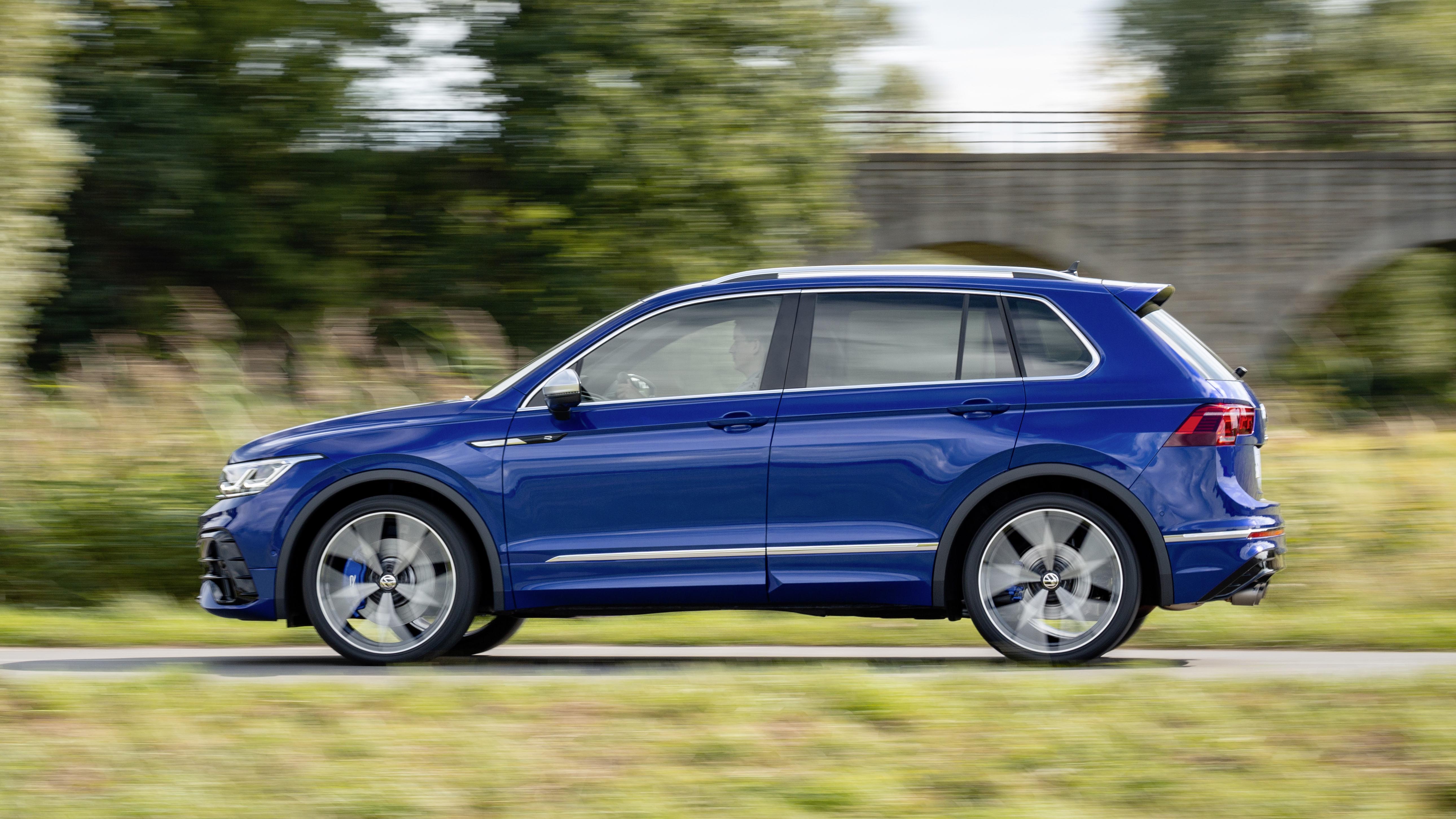 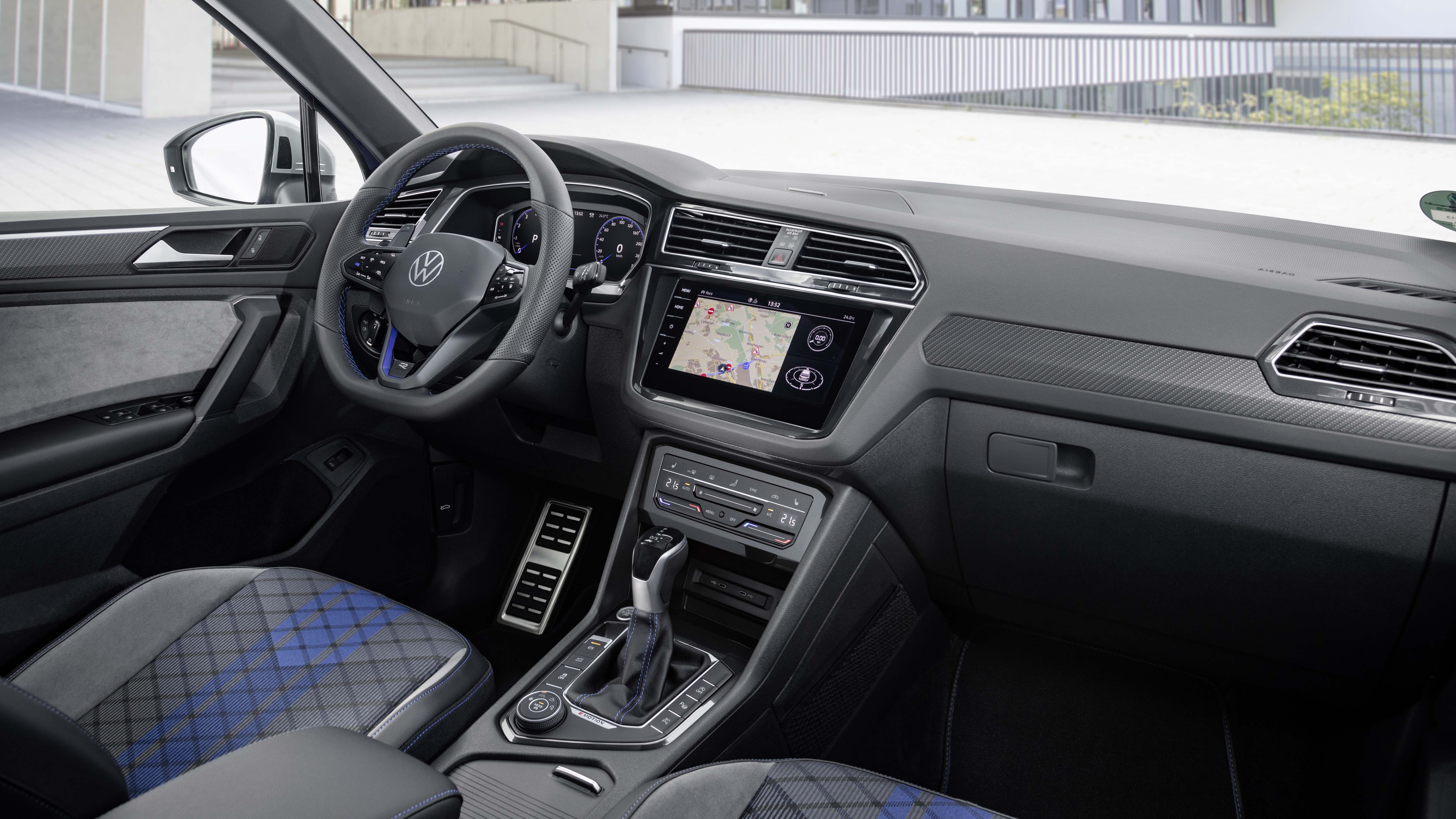 Has Volkswagen got a new R-everything policy that we don’t know about?

Pretty much. We used to just have the Golf R in its hatchback and estate forms, but recently VW has added the Touareg R, the T-Roc R and this – the Tiguan R – to the family. Oh, and don’t forget there’s the glorious-looking Arteon R and Arteon Shooting Brake R still to come.

The top-spec facelifted Tiguan shares its powertrain with that swoopy Arteon, so under the bonnet is the latest Evo4 iteration of the classic 2.0-litre turbocharged four-cylinder that features in most fast Volkswagen Group products these days. Here it’s making 316bhp and 310lb ft of torque for a 0-62mph time of 4.9 seconds and a top speed of 155mph.

Yep, as you’d expect it does feel pretty rapid in a straight line, especially with the seven-speed DSG gearbox in its most alert Sport setting. For the twisty stuff, Volkswagen has fitted its all-new four-wheel drive system. Gone is the Haldex setup of old, and in comes a torque vectoring differential that can split drive between the left and right rear wheels as well as between the fronts and rears combined.

The Tiguan monitors your steering angle, throttle position, yaw rate and current speed (as well as your drive mode) to determine how much power should be sent to each rear wheel, with the possibility of 100 per cent of the rearward power going to either side.

So, is it good to drive?

You know what we’re going to say here. A tall, fast SUV is never going to be the most engaging thing, so don’t expect Golf R levels of fun behind the wheel. The torque vectoring is effective, though, and makes for sharp turn-in and minimal understeer.

The steering is a progressive system that stays light in town but picks up a nice weight when you up the speed. The R has been lowered by 10mm over the standard Tiguan too, and combined with the standard dynamic chassis control and an additional aluminium subframe for better rigidity, it keeps body roll to a minimum. It’s also worth noting that the extra stiffness in the chassis means VW didn’t have to make the suspension back-breakingly firm. We’ve only driven the R on smooth German tarmac so far though – we’ll see how it copes with those 21-inch ‘Estoril’ wheels when it goes on sale in the UK during the first quarter of 2021.

As well as the road-going Comfort, Sport, Race and Individual modes, there’s also Off-Road and Off-Road Individual modes to help owners justify the decision of Tiguan R over Golf R. You’d never use one on anything more than a gravel farm track, of course. There’s no ‘Normal’ mode in sight, but as R boss Jost Capito mentioned when the T-Roc was launched “this is an R, Sport mode is normal”.

Is that an Akrapovič exhaust system I spy?

Correct! What fine eyes you have there. All Tiguan Rs will get a quad-exit exhaust, but this Akrapovič will be an optional extra as it is on the T-Roc. It’s flap controlled and can sound rather nice, but Volkswagen has also insisted on pumping a load of fake noise into the cabin.

In Sport the speaker-generated sound is already too loud, but whack it in Race and things just get silly. You can turn it off in Individual mode but frustratingly the shortcut to fun (our name for the R button on the steering wheel) takes you straight to Race mode and back to the silly drone. Argh!

Anything else to get off your chest?

Well, that interior. The seats are wonderfully supportive and the upholstery is fabulous, but there are just too many features that make it all a little bit less user-friendly than before.

All Tiguan Rs will of course get the new sports steering wheel as standard. It’s a brilliant thing to hold – perfectly judged – but why on earth did they decide to fit it with those touch-sensitive button/panel things? They really are useless. As is the new touch sensitive climate control panel. It’s great that VW hasn’t hidden the controls in the 9.2-inch infotainment screen, but the panel is low down and you get no feedback when pressing any of the ‘buttons’, so you have to take your eyes off the road for a considerable amount of time to check you’re not accidentally starting the next Ice Age.

Anyway, rant over. We shouldn’t be surprised that the Tiguan R is a very competent and very quick thing, and it’ll no doubt sell well given the lack of rivals that match its size and performance figures (prices will be confirmed next year). It does lack that sense of occasion that you’d want from an R model, though, which again is no surprise given that it’s yet another fast SUV.

It loses out by one mark to its T-Roc R baby-brother in the TG scoring system, and that’s simply because of those interior own-goals.