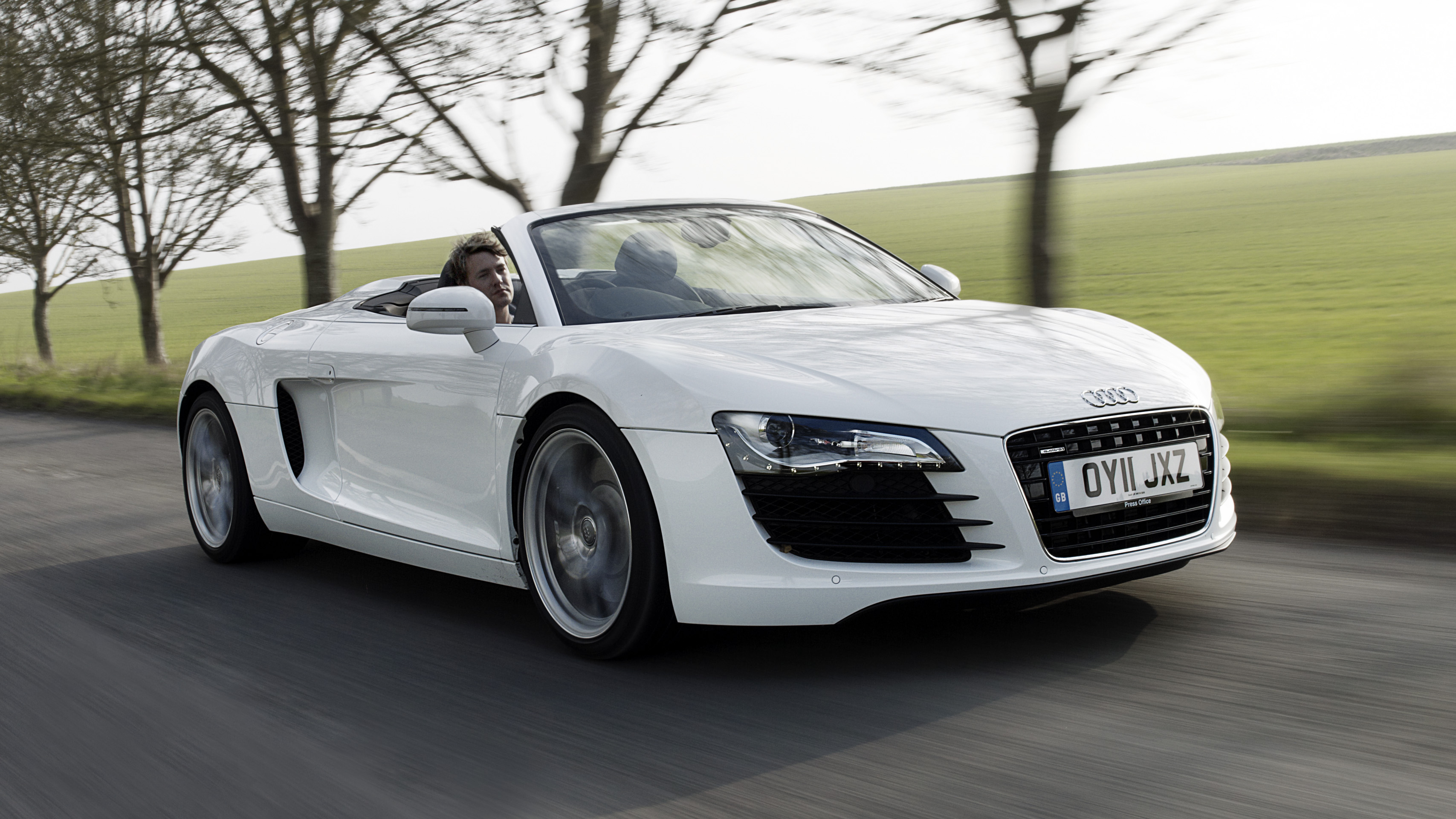 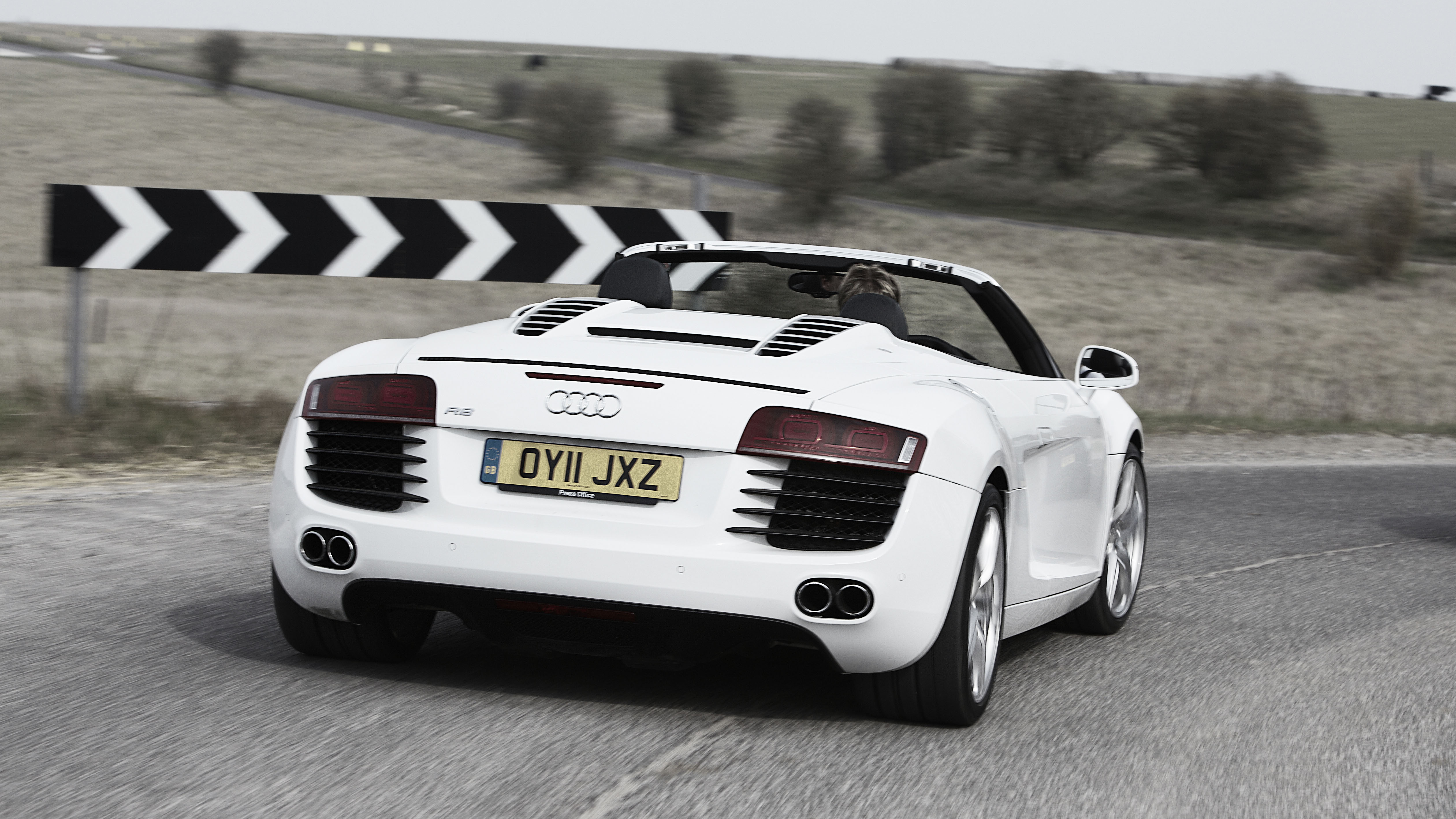 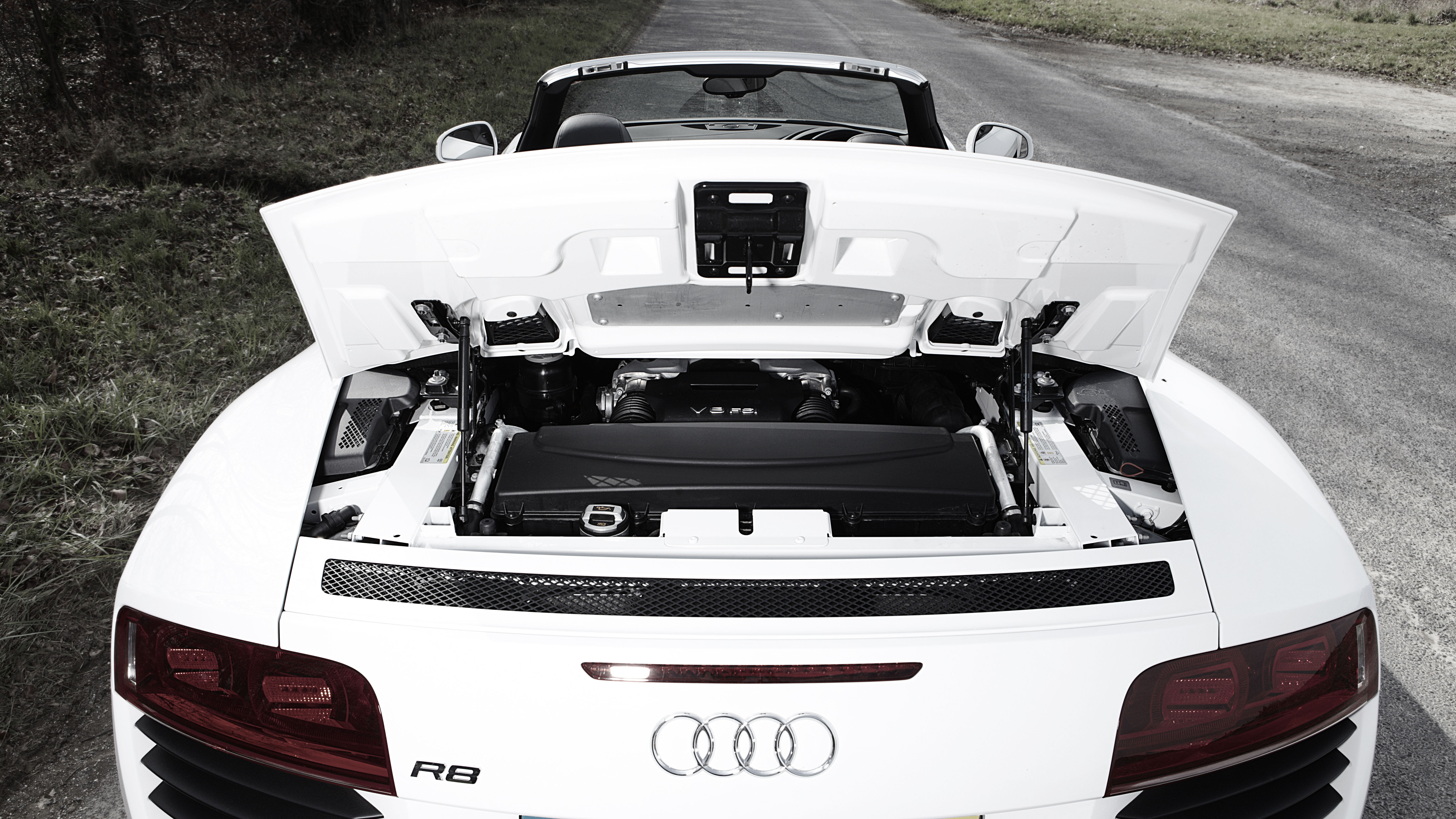 The supercar that’s slower than a hot hatch. Hardly a tagline to brag about, but the inescapable truth is that in 0–62mph-land, the new R8 V8 Spyder is slower than Audi’s own RS3 – 4.8secs plays 4.6secs, in case such knowledge tickles your fancy.

Now this has to be at least mildly embarrassing for Audi, and potentially wickedly embarrassing for owners should they find themselves being whipped off the line by a pint pot hot hatch costing less than half as much. But for the time being I’m prepared to gloss over that, because if we know anything about the R8, it’s that it should not be underestimated.

Especially not in V8 trim. Yes, it’s the entry-level model and is therefore by definition the poor relation to the V10, but although an office straw poll suggests general opinion is against me, I actually prefer the way the V8 drives. It’s 60kg lighter than the V10 and – at the risk of seeming totally pretentious – that does make a difference, the V8 being slightly more agile and sweeter to drive.

One thing all of us agree on is that we like the soft top more than the coupe. Yes, it’s heavier (to the tune of 100kg), which makes me appear utterly fickle when I’ve just been harping on about how the lighter R8 is better, but you’ll just have to trust that the payback is worth it.

It’s not just the joy of driving with nothing but the sky above your bonce, although that certainly plays a part. Let’s call it aural accompaniment – noise just isn’t a descriptive enough term for what the Spyder offers that the coupe doesn’t. Or at least doesn’t to anything like the same extent.

Anyway, time for another point of contention... that the V8 sounds better than the V10. The flagship’s 5.2-litre has this wonderful fluted, mellifluous, woofly tone which is undeniably lovely; but the 4.2-litre V8 sounds a bit more dangerous. It barks and has an angry, raucous edge that really gets under your skin and makes bits of you tingle. 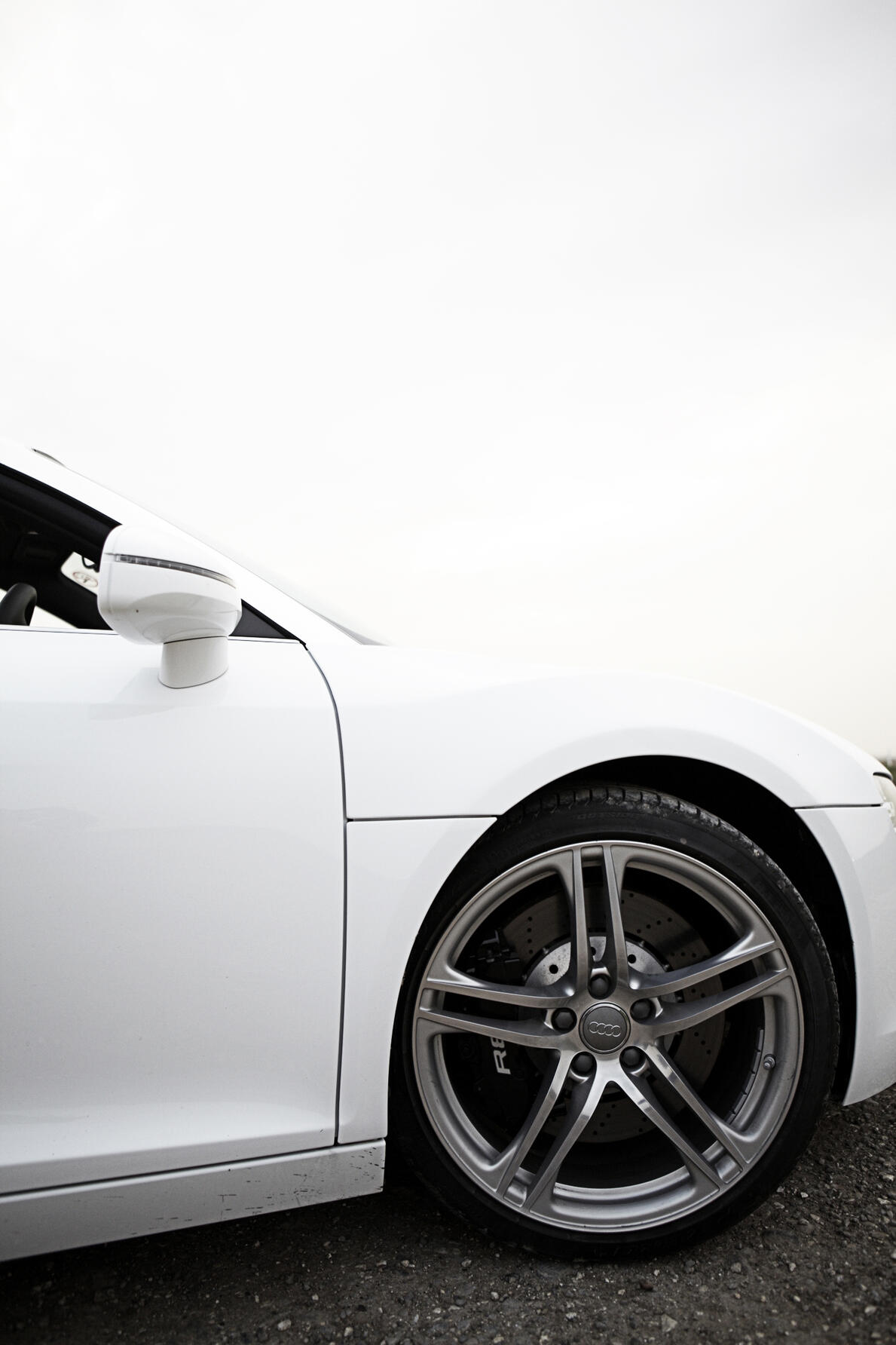 What this is all building up to, in a roundabout and drawn-out way, is that the V8 Spyder could well be the finest R8 that Audi makes. And therefore the finest version of one of the best sports cars of the last decade. No pressure.

The engine has been updated a bit since the R8 first appeared in 2007 and has gained 10bhp in the process, but this is still the same naturally aspirated 4.2-litre V8 that appeared in the old RS4, not the all-new 444bhp V8 from the RS5. And if I’m honest, it’s not as punchy as I remember. It’s quick alright, but the Spyder’s weight has exacted a small penalty, and the V8 doesn’t sear through each gear. Still reckon it would happily pull clear of an RS3 above 60mph though, and no turbo engine has ever had throttle and engine response to match this. And like I said at the outset, pure speed isn’t what this car is all about.

What matters just as much is that it’s a lovely engine to use (especially above 4,500rpm and even more especially when closing in on the 8,500rpm limiter), mated to an equally lovely gearbox in the open-gated form of the six-speed manual. It just slides so slickly from gear to gear, it’s like the whole thing’s been dipped in caviar. It’s the sort of transmission that makes you downshift just for the hell of it – ideally with a good, gratuitous throttle blip.

To enjoy this fully, to really revel in the noise, drama and charisma that the V8 so ably delivers, I expect you’re thinking you need to have the roof down. No. Dropping the top does make the Spyder look even better, but the cabin bluster means sound waves from the mid-mounted engine are dispersed at meaningful speeds. Instead use the small lever behind the roof switch to lower the electric rear window. Honestly, it’s like removing a set of earmuffs – the clarity is astonishing, the volume perfectly judged.

And the driving? If you want to be ultra-pedantic, the coupe is the way to go as it’s just that bit more incisive. But who wants to be a pedant when faced with a car like this? The Spyder is 99 per cent as good and gives you all the open air benefits, too. There’s no structural wobble, so it turns into corners cleanly and gives you oodles of confidence – not something that can be said of every mid-engined supercar. Better or worse than the V10 Spyder? Again, really too close to call, but the fact that in all meaningful areas the V8 matches the £20,000-more-expensive V10 tells you all you need to know.

The ‘lesser’ model does do without the two-mode magnetic ride adaptive suspension, but the standard set-up is extremely well judged, and if you do want the impressive comfort/sport duality that the dampers give, they’re on the options list (£1,380).

As are plenty of other things. The R8 Spyder is neither a cheap car, nor a particularly well-equipped one and the £95,545 list price will soon swell into six figures once you’ve had a dabble in the brochure. Do you need to? Well, our £100,610 test car was as beautifully built, designed and finished as you’d expect, but did do without tasty bits and bobs like the trim inserts that lift the cabin ambience further. Ideally I’d like to sit a fraction lower in the cabin, but, as with the gearlever, there’s no faulting the weighting and action of the pedals and controls.

But let’s conclude by going back to the question I posed earlier. Is this the best R8? Others here may cite the V10 Spyder, the dynamically obsessed may opt for a V8 coupe, but for me personally, this is my favourite. The best car in its class then? Well, Porsche might have something to say about that.