From the archives: driving the Mercedes-Benz Ocean Drive on Ocean Drive

Rod Stewart is following us. Seen him twice today sloping around Miami in a black Mercedes CLK AMG convertible and both times he’s pretended to be looking the other way. But the cockatoo-haired crooner’s fooling no one: we know he’s been checking us out.

Can’t blame him really – everyone else has too. This object of desire is currently only a concept called the Ocean Drive. But actually it’s the precursor to the S-Class convertible – not a Maybach, as some had suggested – that should be joining the Merc line-up sometime around 2010. 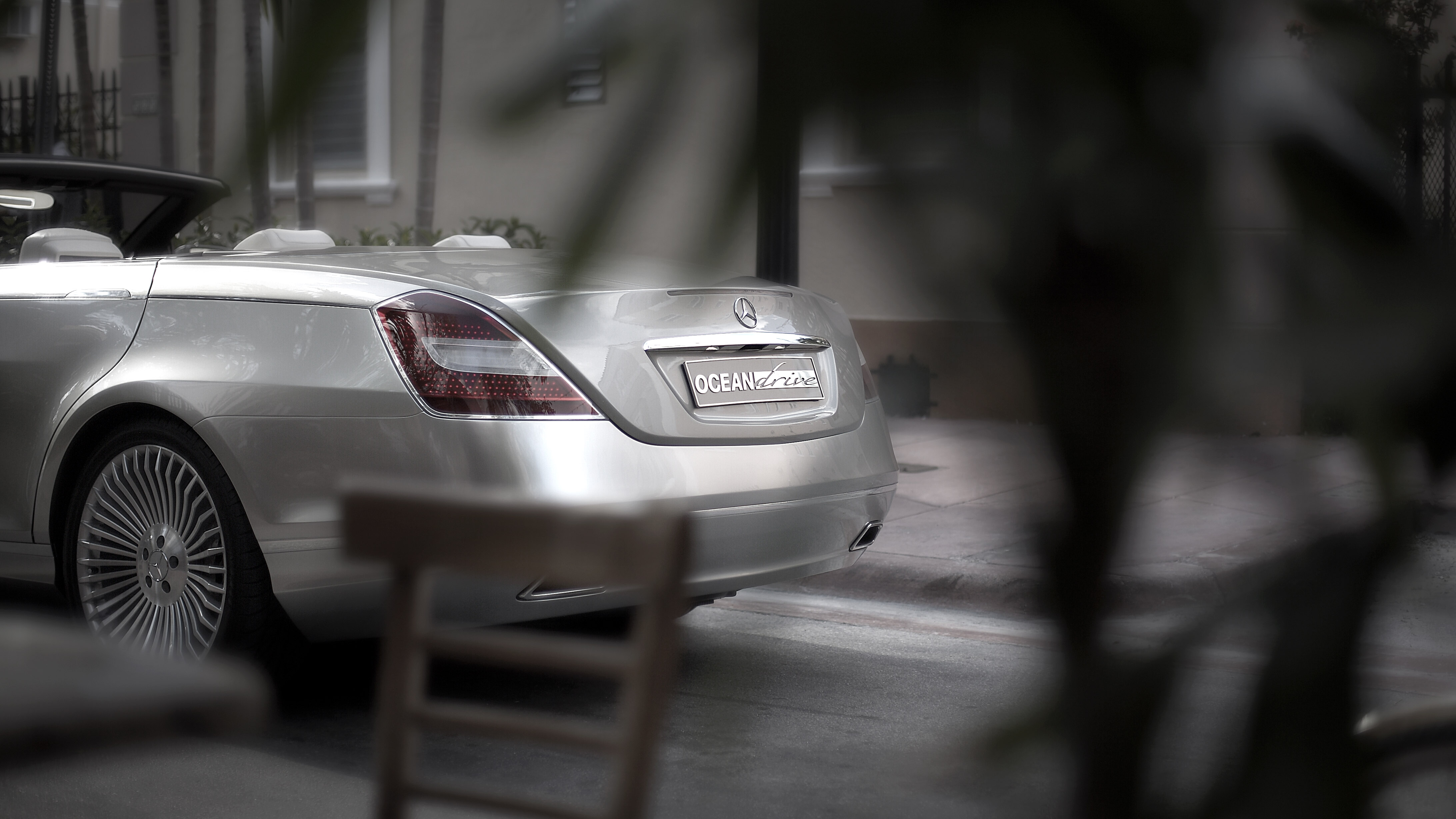 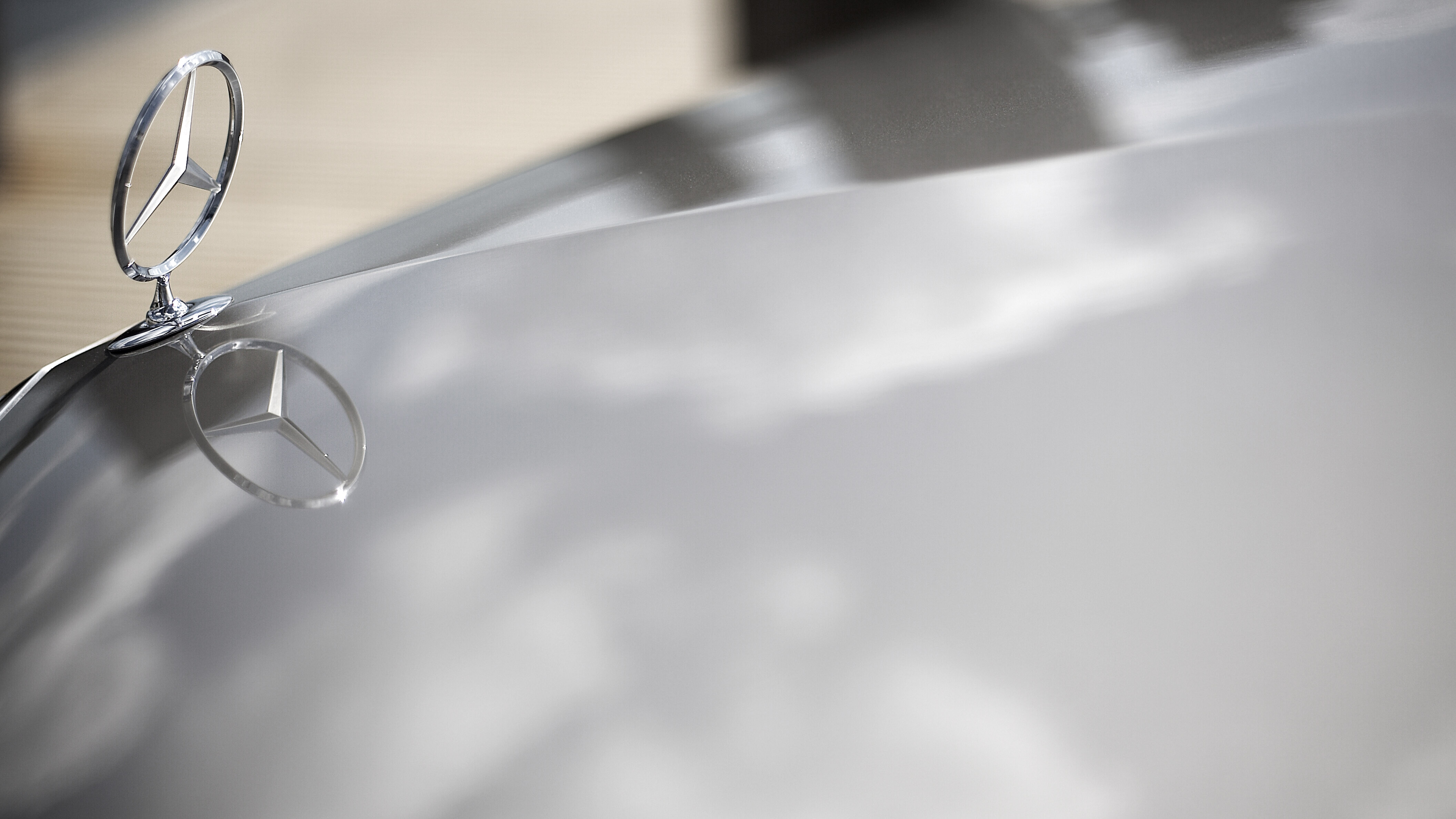 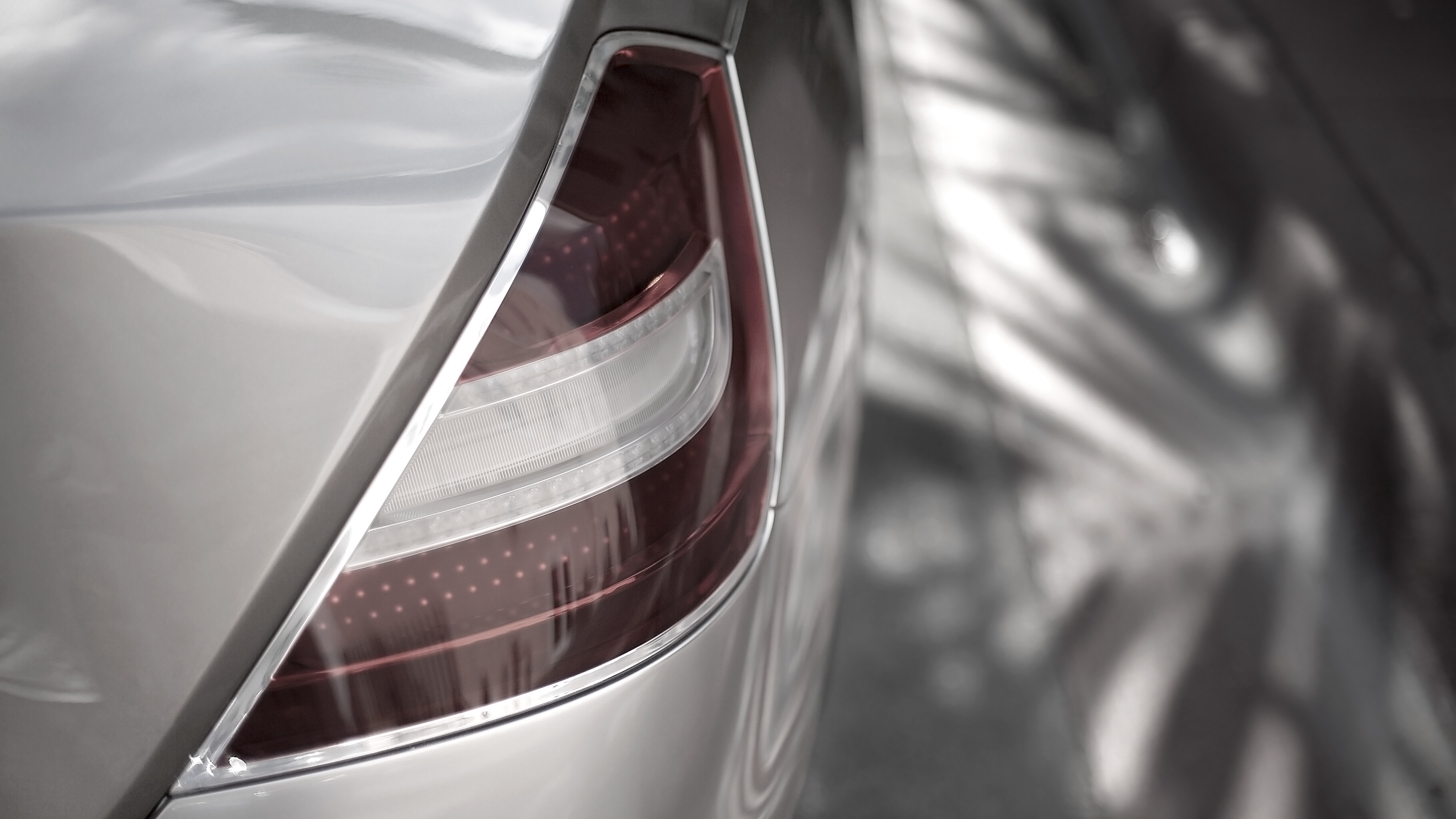 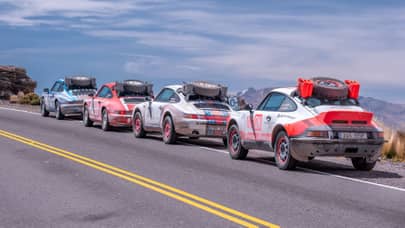 When we first saw the car at the Detroit show last January, Mercedes said there was only a 30 per cent chance of it making it into production. The excuse then was that finite resources only allow so many cars to be developed at any given time. But that was said before Mercedes wiped Chrysler off its corporate shoe.

With that profit-dissolving partnership now behind them, M-B can stop worrying about what seat trim road warriors in Illinois want in their rental Sebrings and get back to the business it knows best: making luxury cars for well-heeled corporate types. Cars that cuddle their occupants and blot out reality. Cars, in other words, just like an S-Class convertible based on the Ocean Drive.

Naming the concept car after the main seaside cruise in Miami – and a track used in Miami Vice, recently subject to a dodgy cover version by FPU – is a little misleading. Because unlike the peeling-paint, flickering-neon lit buildings that face out towards the ocean, everything on the car works. Everything. There’s none of the glued-on paper dials or temporary graphics you normally get on a concept. All the switches connect to real machinery that does what the switch icon promises. I’ve driven pre-production prototypes that were built worse than this. 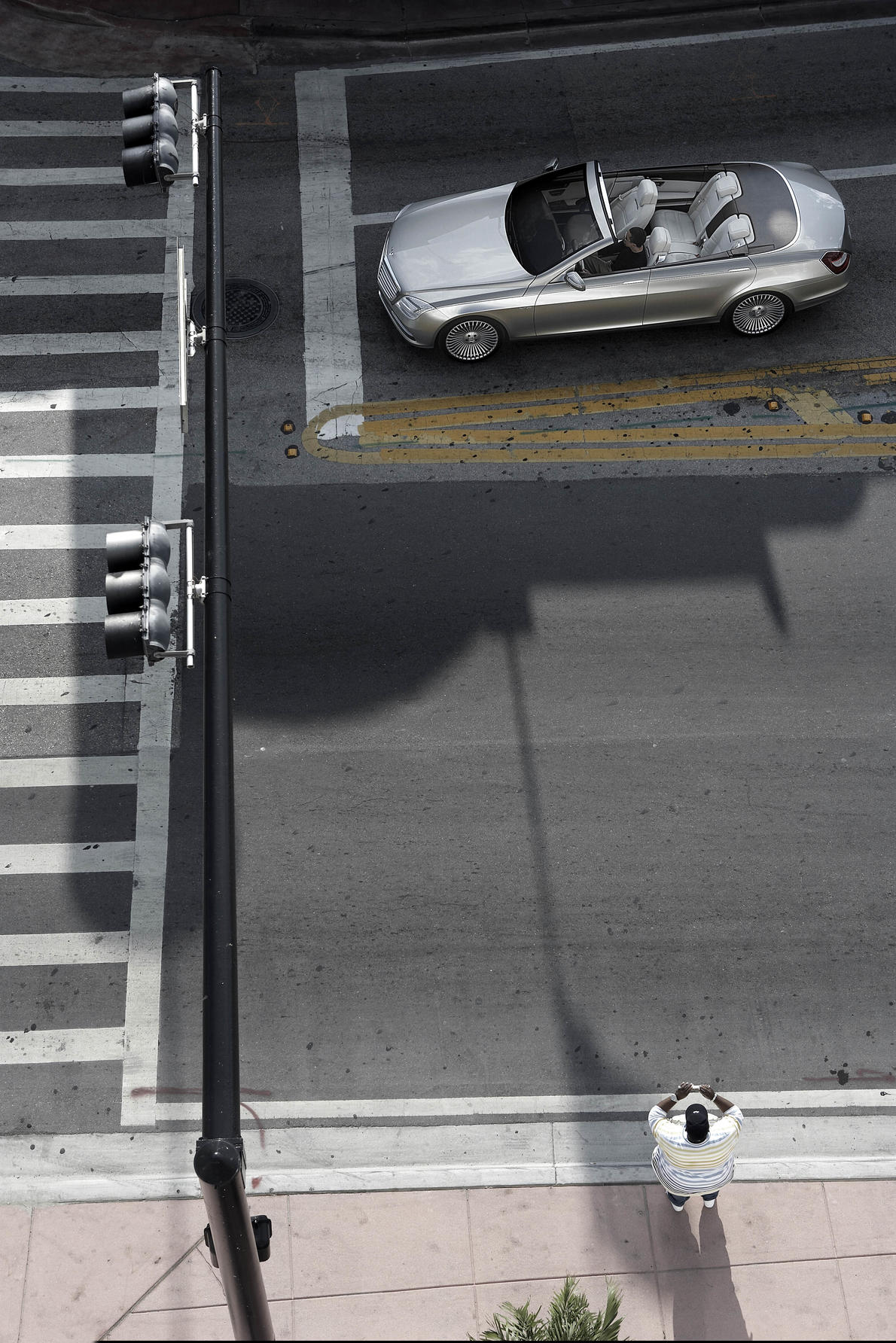 But maybe that shouldn’t be such a surprise – the Ocean Drive is, mechanically, a full-production V12-powered S600. Structurally it shares most of that car’s chassis, too, which, despite first impressions that it’s longer and wider, explains why it’s almost exactly the same length and width as the saloon. And why it drives perfectly. So it’s not like the engineers had to miss a coffee break to get this one done.

The designers, however, did. Speaking to M-B’s head of exterior design, Steffen Köhl (a man so tall and so colourfully dressed he couldn’t really be anything else) the night before we drove the car, we got the very strong idea that his team had spent a lot of time getting this design right.

Steffen talked lovingly about the “generous, wide areas”, the “lack of ornamentation”, the “nicely reflecting surfaces” – and that, I think, was just to describe the restaurant we were eating dinner at. When we got onto the car, he stepped it up a notch further.

“The concave A-pillar and the wide, quiet hood are two of the key features of the front of this car,” he said getting deep into design speak. “As is the classic upright grille design next to the new-tech LED lights. They make the car very cool, very elegant. The status of the car is created by this hard front. The sexiness is created by the softer rear lines and the small, modest rear lights.” 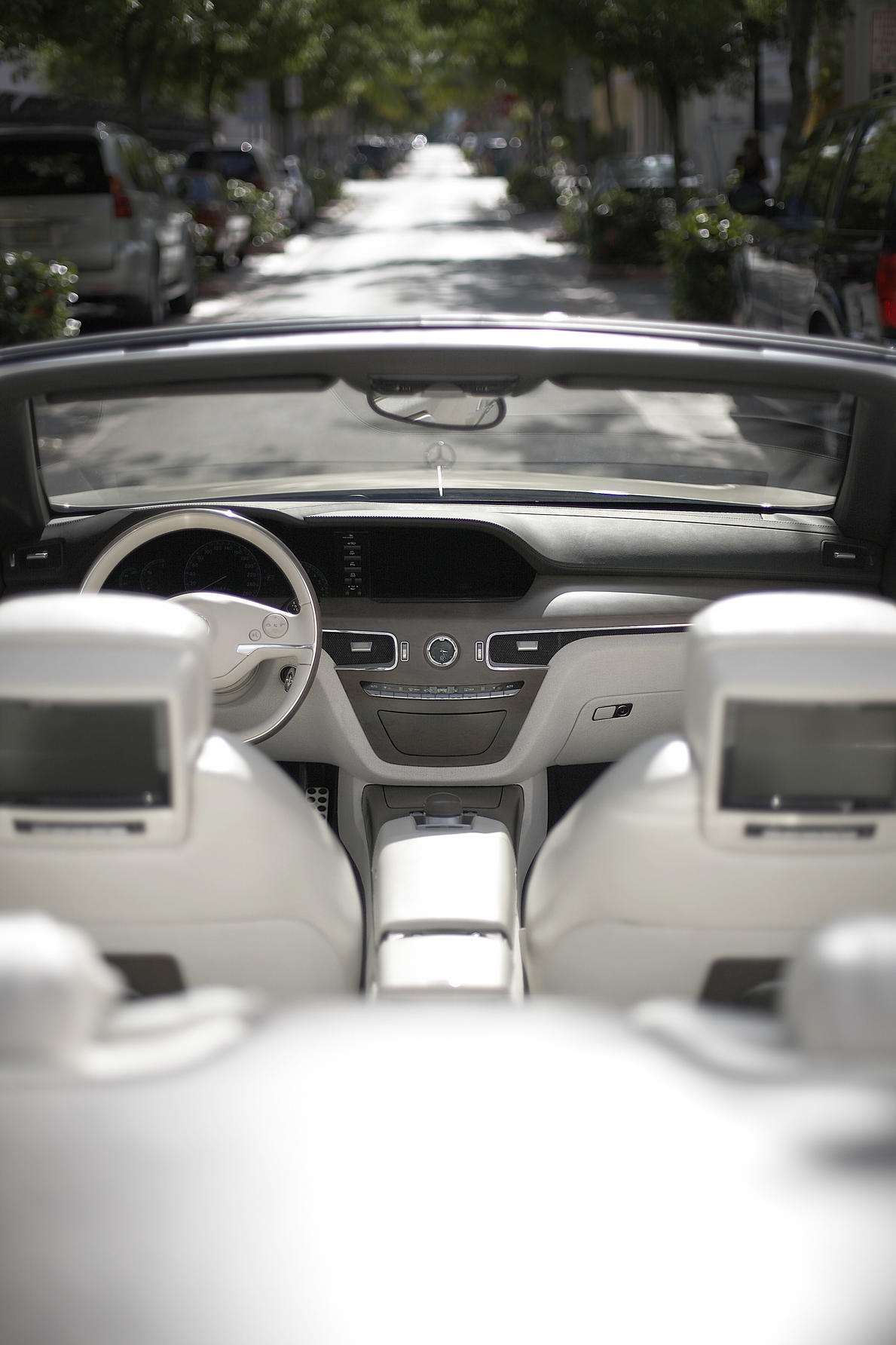 He said lots of other stuff and showed us a slide show about the car on his laptop that used landscapes and buildings to illustrate where the OD’s design influences had come from. And then he explained how the winning design for the car had come from M-B’s Yokohama, Japan design studio, not the German or US one.

All very interesting, for sure. But it still doesn’t prepare us for the freight-train-sized visual impact the Ocean Drive hit us with the next day when it rolled up the ramp from the hotel garage and into the shining white light of a Miami morning.

Seeing the car on a show stand had made it melt into the automotive visual noise that filled the halls. Here, in a real-world setting, it has a presence that demands your attention and respect. The only other production car I can think of to have the same guvnor effect is the Phantom.

Sprayed in two subtly different shades of Mercedes’ Alubeam metallic paint, the Ocean Drive doesn’t just catch the light, it sucks it in, which makes the carbon fibre body appear to glow like the whole thing has just been forged. 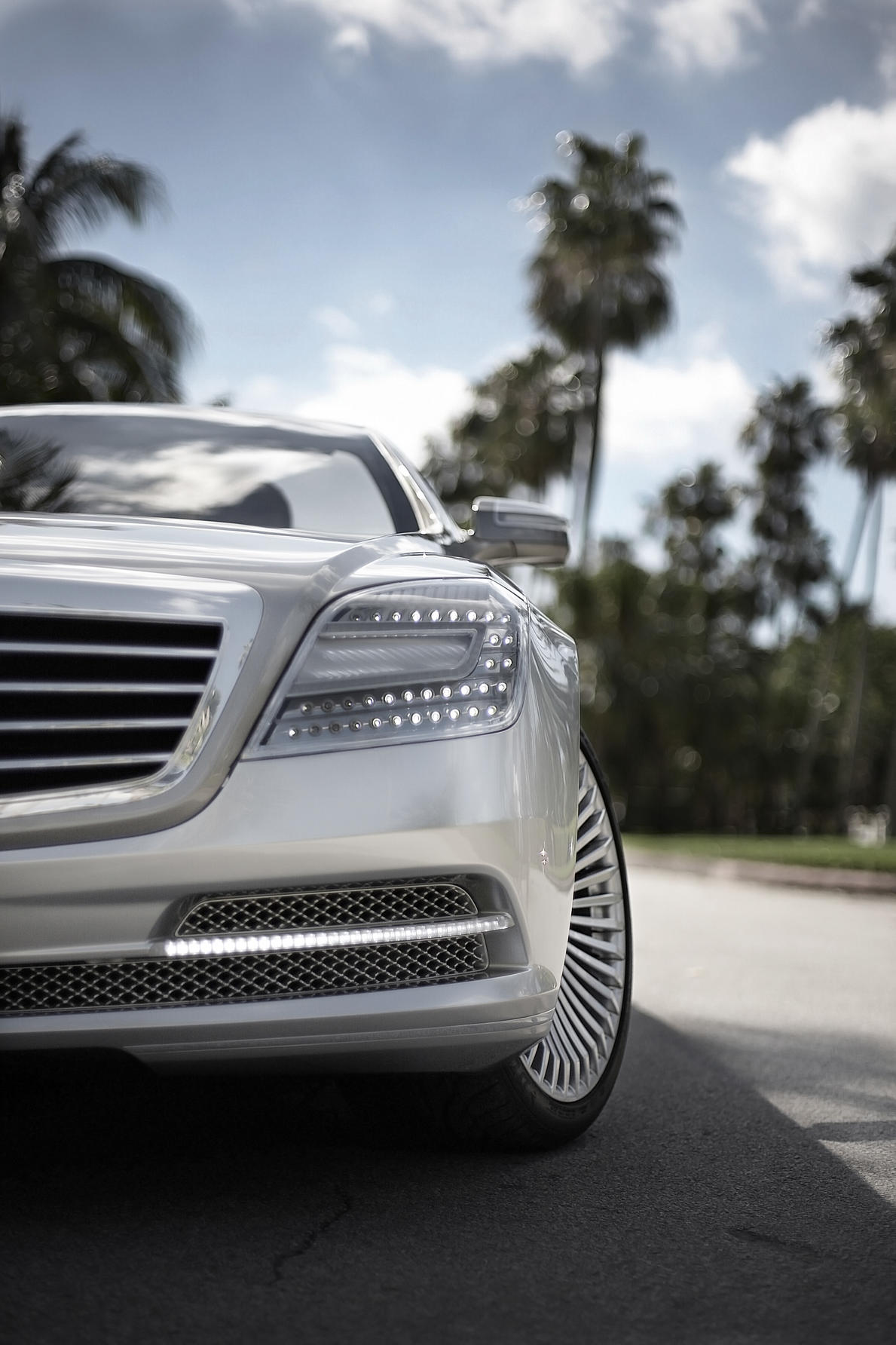 To get in you have to first push the tuning fork-style door handles, to release them from their flush-fitting position, then give them a gentle yank. The door swishes open to reveal an S-Class cabin that looks like it’s been on holiday.

Instead of the usual relentless tones and semi-tones of blacks and greys, there’s brown and cream leather with canvas inserts – very high quality canvas, but canvas all the same – and a similarly upmarket beach lounge type of feel to the rest of it. The wood in the dash is something called Bird’s Eye Auburn and looks like the stuff cigar humidors are made of.

That’s the front. In the back there’s acres more leather, canvas and a couple of screens for rear passengers to watch inflight movies complete with – for the first time in a ’Benz – their own set of COMAND controls for all vital functions. There’s also a champagne-flute dispenser between the seats, but that’s not the main innovation here. No, the big news at the back is the two extra doors.

For the first time since the four-door Lincoln Continental convertible died back in 1967 – it could have been sooner if the beautiful concept car for its replacement, a sort of four-wheeled Harley Davidson, had gone into production – rear passengers don’t have to squeeze behind the front seats. They get their own doors. Not even the Rolls Drop-dead Gorgeous Coupe has those. 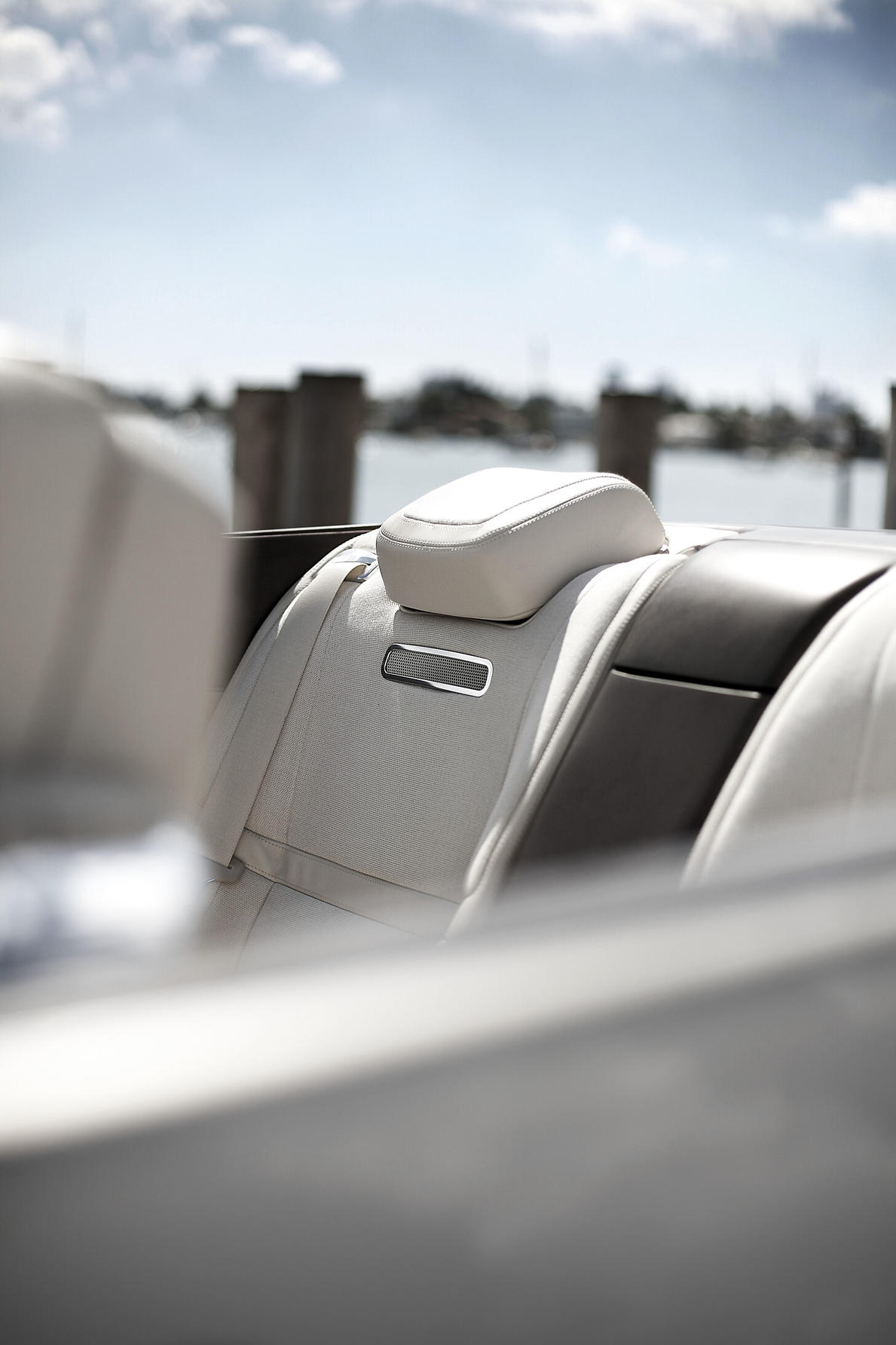 But what the Ocean Drive shares with the big, open-topped Roller is a soft roof. As much to keep the proportions of the car right as to save weight and luggage space, the OD shuns the folding metal tops in favour of a sail-sized 34 sq ft fabric number. And it’s none the worse for it.

Owners of these types of land-yachts aren’t that bothered if someone breaks in or tries to nick it – two of the main reasons for going the tin-top route. They’ll just ring the garage and have another car sent round. Then send their ‘people’ out to kneecap the poor so-and-so who tried to rip them off.

And there isn’t going to be a shortage of people harbouring a desire to do just that, if our brief drive in the Ocean Drive, down Ocean Drive, is any indication. We had a police escort to stop the traffic, but we hardly needed it. The car did it for them. Everyone who saw it froze in their tracks whether they were driving, walking or cycling by. 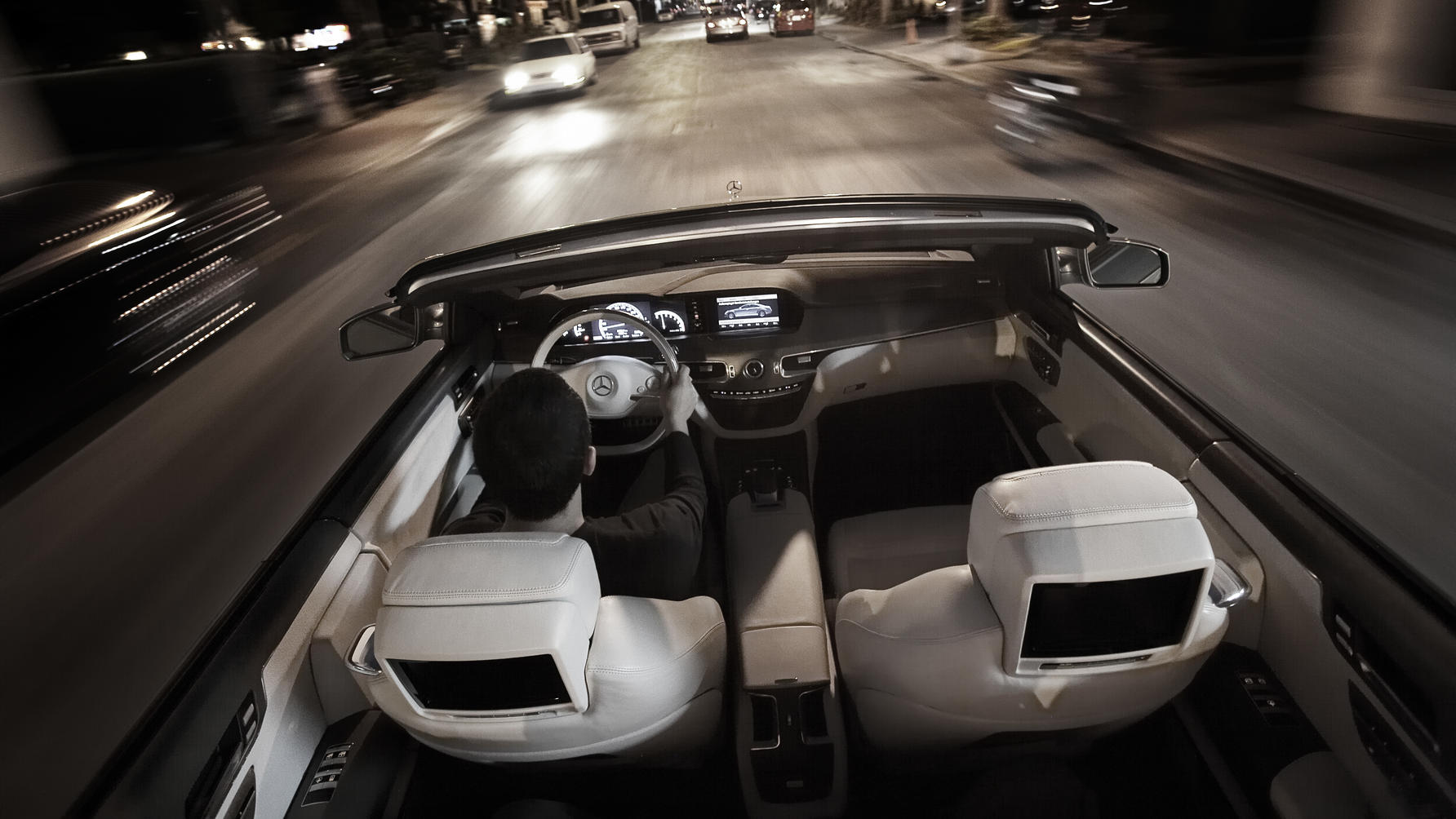 If ever you’ve wondered what it’s like to be famous, one drive in this car will tell you all you need to know. Within seconds of arriving on the street, you could see a ripple going through the crowd on the pavement that something significant was happening on the road. That significant something was the Ocean Drive.

“What the hell is that car, mister?” says one guy above the shrieking exhaust note of his over-stressed moped as he tries to keep up and take a picture with his cellphone, all at the same time. I think about trying to explain that it is a concept but there just isn’t time. So I just say, “expensive”, and speed away.

Lurking around the next corner we catch sight of Rod again, disappearing up the street. He probably wants to ask us the same question, but isn’t hanging around to try. Maybe he’s shy or just busy – or maybe he’s seen enough already and is rushing off to his dealer to talk about trading in his once sexy, but now very ordinary-looking CLK AMG convertible... 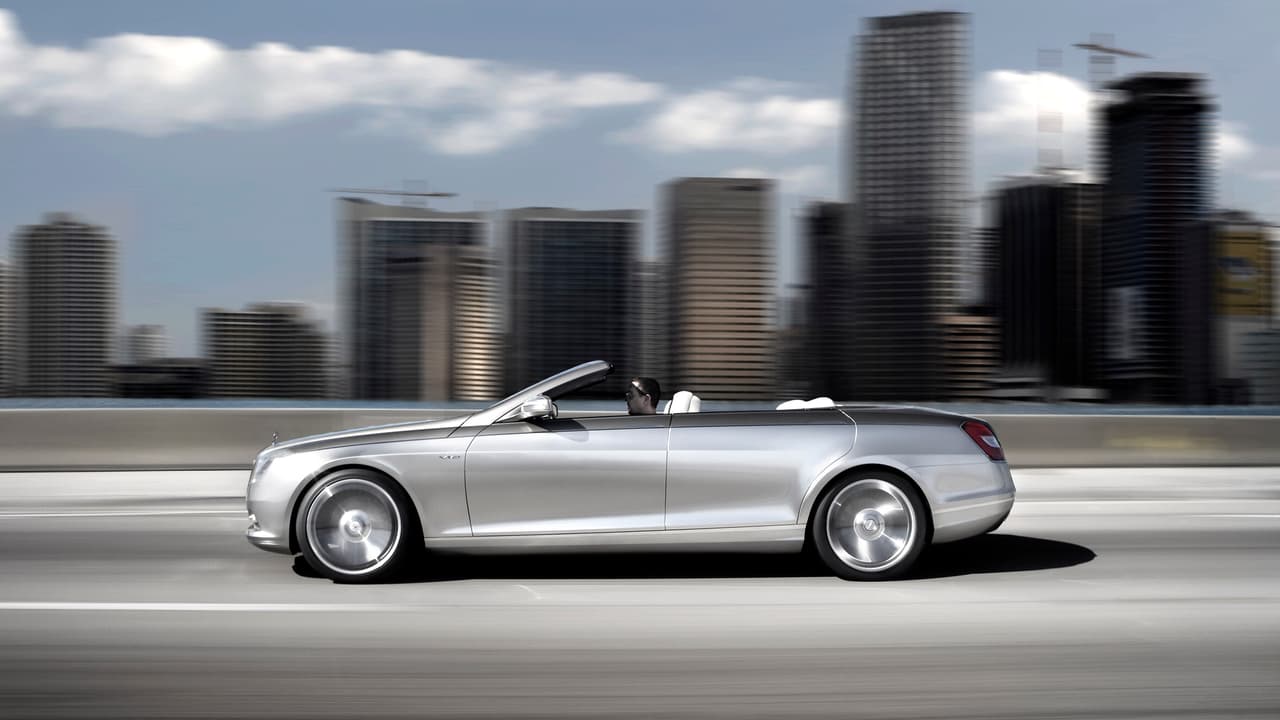