As it pulls out of endurance racing, step inside Audi's race car retirement home 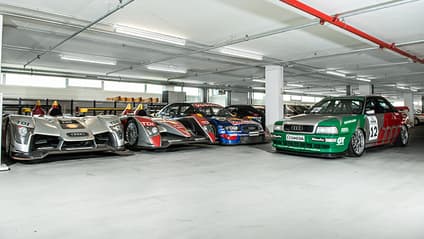