On the road in a Porsche 962 Le Mans car

The 962 was a Le Mans hero. This one is still used. For the milk run 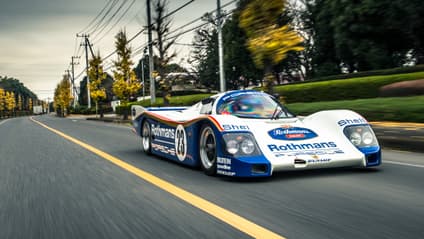