London’s Ultra-Low Emission Zone is expanding. Here’s what that means for you

Where is the ULEZ? What can I drive there? How much will it cost? Which night is bin night? At least some of these questions answered 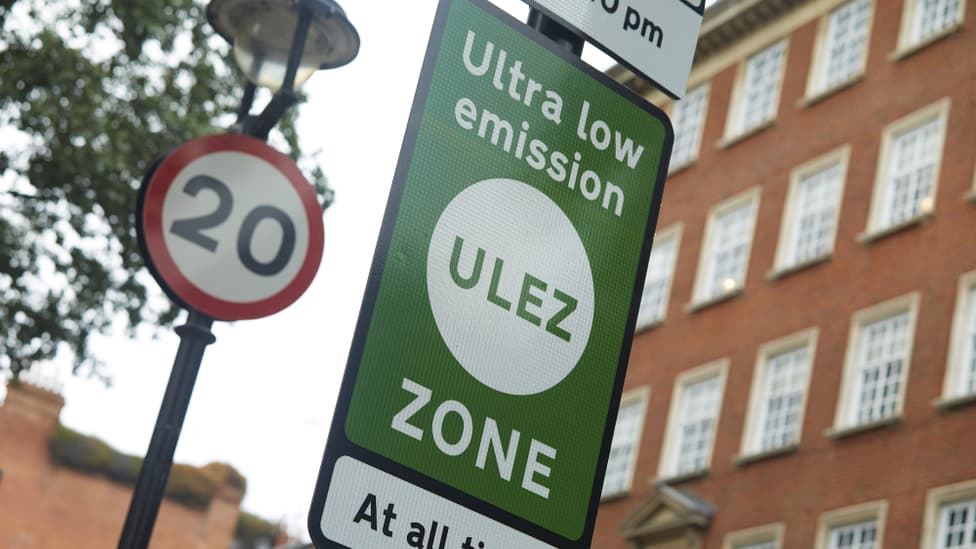 That’s the Ultra Low Emissions Zone, an area in London that requires you to a) keep your polluting car outside it, b) drive the very cleanest of motor vehicles in it, or c) pay the princely sum of £12.50. Low-emission zones of one sort or another are either already running or coming into effect in Birmingham, Oxford and Bath – as well as hundreds of cities across Europe – but we’ll stick to the London one, given that it’s the one that’s expanding.

In case you were curious, that £12.50 goes to Transport for London, who spend it on public transport... around London. Almost like that’s what they’re about, or something.

If you drive a truck that falls foul of the rules, you’ll be on the hook for £100. But then you’d have to be a truck driver. And we don’t seem to have any of those in Britain.

Where is the current ULEZ?

London’s ULEZ has been around since 2019, and has followed the same boundaries as the Congestion Charge Zone in central London ever since – so, basically from King’s Cross Station in the north to Vauxhall Bridge in the south, and from Hyde Park in the west to Tower Bridge in the east.

But as of 25 October, 2021, the Ultra Low Emissions Zone will extend massively, taking in everything within the North and South Circular Roads. That means Shoreditch, Camden, Greenwich and even places that aren’t generally swamped by tourists will all be within the expanded ULEZ.

What time is the ULEZ in effect?

Unlike central London’s congestion charge, this isn’t something you can nip around by travelling in the small hours of the morning. The ULEZ is an all day, every day affair. There is one day when all bets are off, however – Christmas Day. And no, we don’t know either.

What cars are affected by ULEZ?

Not that many, actually, if what we see on London streets are anything to go by. The official figures suggest that four out of five cars already pass emissions regulations, and that passes the sniff test (sorry).

The broad majority of cars in London are less than 15 years old, which is handy, given that any petrol car built since 2006 is pretty much guaranteed to be Euro 4 compliant and therefore unaffected by the ULEZ.

If you still drive a diesel, life gets a bit harder – you’ll need a car that passes Euro 6 emission standards to dodge the £12.50 charge. Euro 6 came into effect in 2014, so anything diesel-powered and built before then is pumping out too many particulates and nasty nitrogen oxides to get a clean bill of health. But then again, it is diesel, the worst of all fuels. Well, except for the heavy fuel oil, which is used by cruise ships despite the fact that it’s basically tar. But we digress.

If you’re a motorcyclist, you’re on easy street – except for all the near-death experiences an average ride in London offers, of course. Your bike just has to pass Euro 3 rules, given the small amount of fuel you use – and the fact that bike emissions regulations always seem to be a step behind cars – so any new motorbike sold in the UK after 2006 is almost guaranteed to be OK.

Will my car be affected by ULEZ?

Well, that depends – if you drive an original muscle car from the Seventies, then yes. If you drive a modern petrol car, then no.

Got a hybrid of any stripe? Well, even a 20-year-old Prius is ULEZ approved, so your hybrid almost definitely will be. If you drive an electric car, you’re all good, but drive an old diesel and you’re almost definitely on the hook. Got a vintage BSA, Vincent or Matchless motorcycle? Spiffing. But you’ll still be charged for riding it within the ULEZ. Sorry, old bean.

If you’re in any doubt, Transport for London has a handy tool where you can check, just using your car’s registration.

Are there exemptions if I live in the ULEZ?

There are a few exemptions to the ULEZ charge, but they have changed since the original iteration, so it’s worth double checking if you’re still exempt.

London taxis, for instance, are exempt, but they have separate rules that require decommissioning and replacement before they’re 15 years old. That time frame might be moving up to 12 years old, too, and any newly registered taxi must be zero-emissions capable.

Vehicles for disabled people are exempt, but only during a grace period until 26 October, 2025, to allow them to update their wheels. If you’re a patient of the NHS and are too sick or disabled to take public transport, you can apply for a rebate for any trips to and from your treatment.

On a happier note, you can apply for an exemption for any car over 40 years old that’s used privately – so, anyone selling £10 burritos from an old Citroen H van still needs to pay.

Very importantly, if you live within the Ultra Low Emissions Zone, you won’t be exempt from the charge from 25 October, 2021. There was an exemption for the old, smaller ULEZ, but that no longer applies anywhere within the new, larger ULEZ.

What is a ULEZ compliant car?

A car that’s compliant with ULEZ, naturally. In effect, it’s just an easier way of saying ‘Euro 3 motorbikes and Euro 4 petrol cars, but only Euro 6 diesels, and then some other stuff like old cars, machinery and so on’.

Can I convert my car to be ULEZ compliant?

If you do a full electric conversion, that’ll definitely work. If you truly love the car you have and can’t imagine giving it up, an EV conversion will keep it safe from any and all regulations – not even the upcoming Euro 7 rules will have anything to say about a car that produces zero emissions. And yes, this is the part where you have a spittle-filled fit about the environmental harm it takes to build electric cars. Feel better? Excellent. Let’s move on.

Failing anything that extreme, you could look to the ever-so-slightly less drastic option of an engine swap. We’ve seen everything from Ford Ecoboost-swapped Defenders to Toyota MR2s with Audi five-cylinder turbos, so it is entirely possible. Practical? Well, we’re not that kind of website.

Obviously, any kind of conversion will take engineering, MOT testing and an application for exemption that proves you won’t be messing the air up. So, if you’re not welded to your car, you might want to just think about replacing it. Or embracing the Zen Buddhist method and getting rid of it, then not buying anything else. London’s a particularly easy place to get around without a car, thanks to tubes, trains, trams, buses, bike lanes and so on.

As for tinkering with what you have to try to get to ULEZ compliance... well, you can, sometimes, kind of. In a few cases, you can retrofit Euro 5 diesels with selective catalytic reduction and the ammonia needed to make them Euro 6 (and therefore ULEZ) compliant, but how much that’s worth to you is another matter entirely. As for petrols that don’t make Euro 4, maybe it’s time to retire them – either to outside the city centre, or entirely.

What can I do with my old car, if it isn’t ULEZ compliant?

Well, there’s the obvious, which is just pay the £12.50 every time you need to drive. For a couple of reasons, consider driving in London less often – you’ll save yourself money that could be spent on a full two pints of beer at a Soho pub. Plus, and this is kind of the point of the ULEZ scheme, you won’t be polluting the air in London as much.

Things get a bit more extreme from there. As in, the ‘goodbye, old girl’ kind of extreme.

It could get a new life out in the countryside, or at least a Viking funeral as a paddock basher. If you live in London and are on benefits, you can get £1,000 to £2,000 for your non-ULEZ-compliant motorbike or car via a scrappage scheme, but do check that your wheels wouldn’t bring someone else happiness before you condemn them to something as final and wasteful as a scrapyard. Yes, even if it’s from British Leyland.

Another option is to keep your old car, without driving it inside the Ultra Low Emissions Zone, and pick up something that’s ULEZ compliant for the daily grind. Those 20-year-old Priuses we were talking about earlier are available for a grand or two, and buying second-hand means you’re avoiding the environmental (and, y’know, regular) cost of a new one. And it’s not like you’re going to care if someone dents it, are you?

On the other hand, there are grants for environmentally friendly cars, but a £2,500 saving isn’t going to be much more than a little sweetener for a £60,000 EV purchase.

Or, if you think you can do without a car entirely, why not save it for a weekend jolly? If you took this to the extreme, there’s some sort of Red Barchetta scenario in there somewhere. Luckily, we’re not there yet.

Any other things to take note of?

One thing that’s easy to forget is that the regular Low Emission Zone still applies for basically all of Greater London, and that it’s a £100 charge to enter if you’re in the kind of vehicle that doesn’t pass its (admittedly less strict) standards. Generally, that’s trucks and vans, but a few pick-up trucks and other work-type vehicles don’t pass muster either.

So, if you’re out on the farm in your 20-year-old Hilux and, say, have a pressing urge to drive straight to Carnaby Street for lunch, you’ll be up for £100 to enter Greater London, £12.50 to travel within the ULEZ and another £15 in congestion charges.

And look, that’s the absolute worst-case scenario. In almost any other car, it’s a grand total of £27.50 to get to the centre of London. Even so, we know Dishoom is delicious, but maybe just settle for a curry that’s a bit more local, yeah?