Everything you need to know about the Dodge Demon

The 'firsts', 'mosts', 'biggests' and 'fastests' that make this the ultimate Top Trumps card 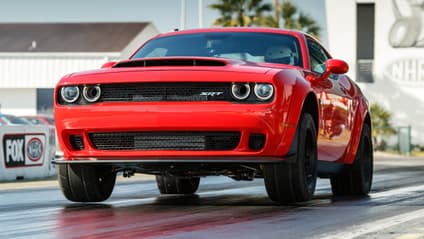