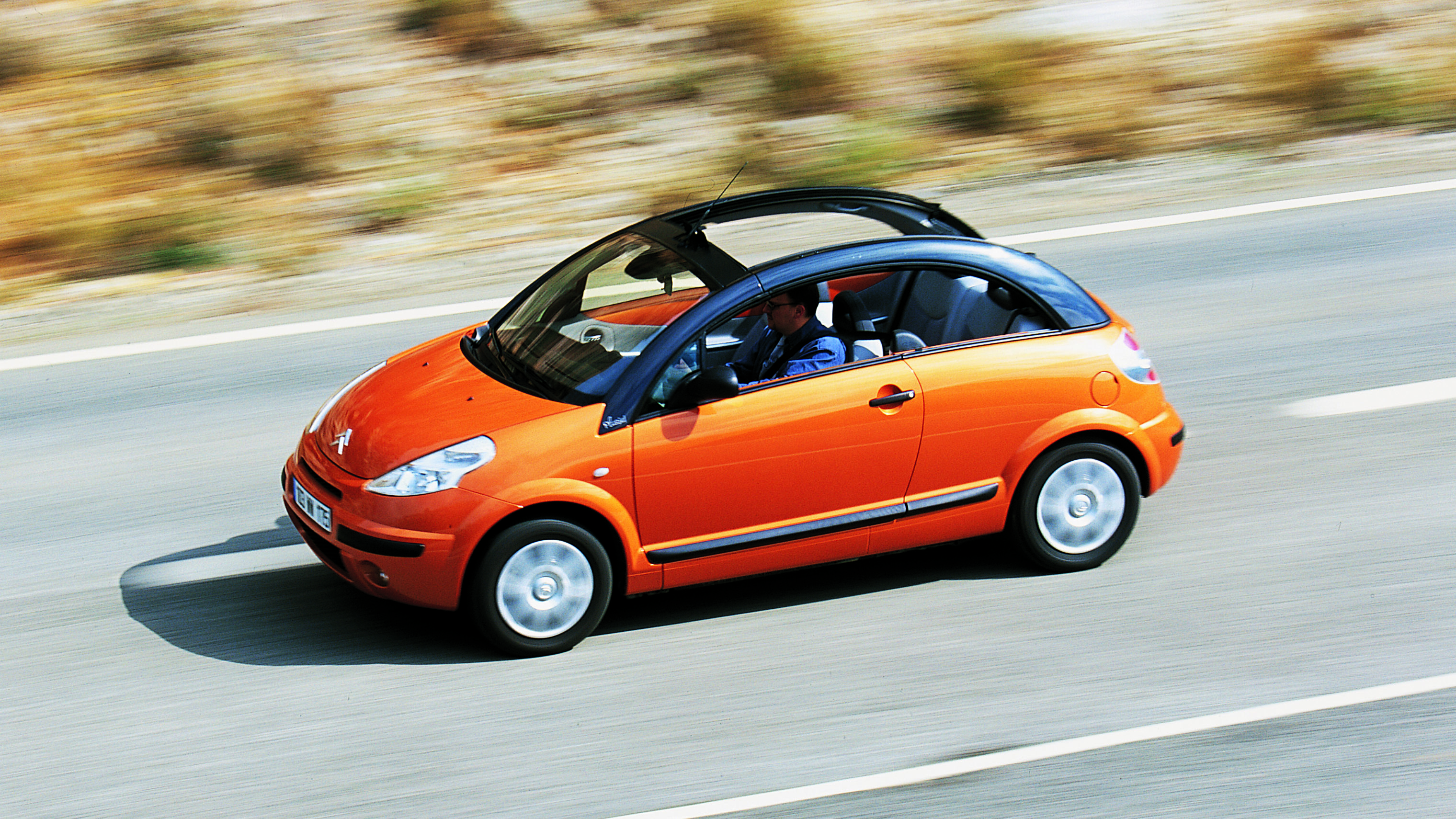 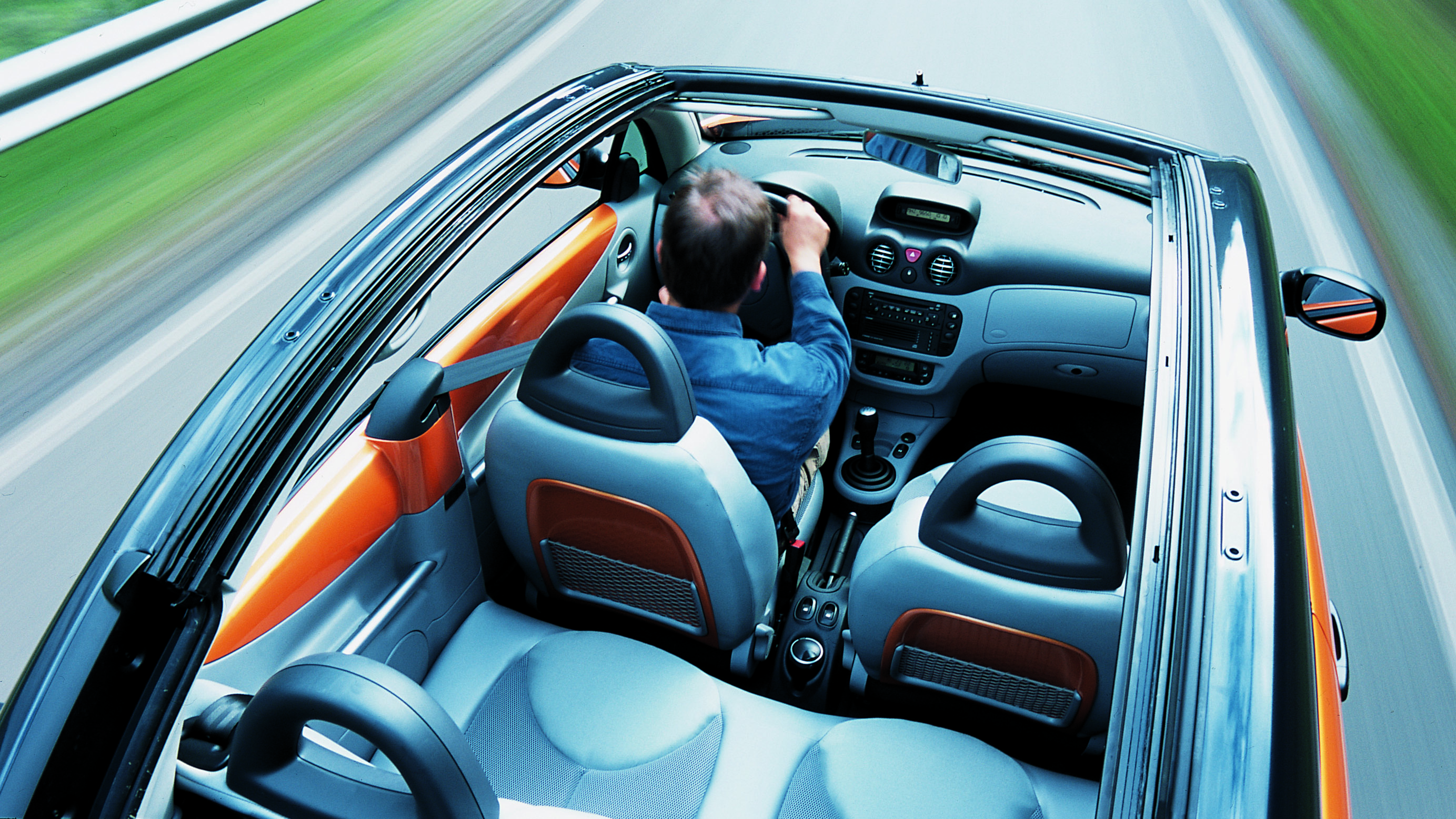 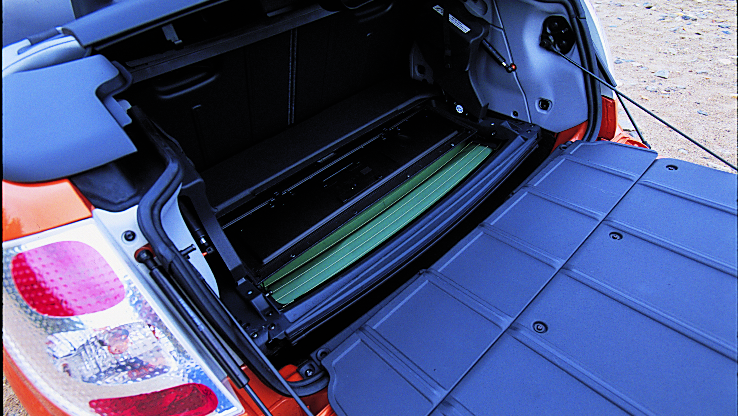 There’s a ghost at Citroen’s factory. Yet it’s not a Scooby-Doo style ghost that wears a sheet over its head and bellows: ‘I would have got away with it too if it wasn’t for those pesky chassis designers!’ but the ghost of the ubiquitous 2CV. Despite being laid to rest in 1990, Citroen is unable to kill off its spirit, a task not helped by motoring hacks everywhere screaming ‘Is this the new 2CV?’ at any new small car the French firm produces. We did it with the Berlingo, we did it with the C3 and we’ll do it with the Pluriel. Except this time it’s different. This time there really is the spirit of the 2CV in the new car and it’s haunting the roof. 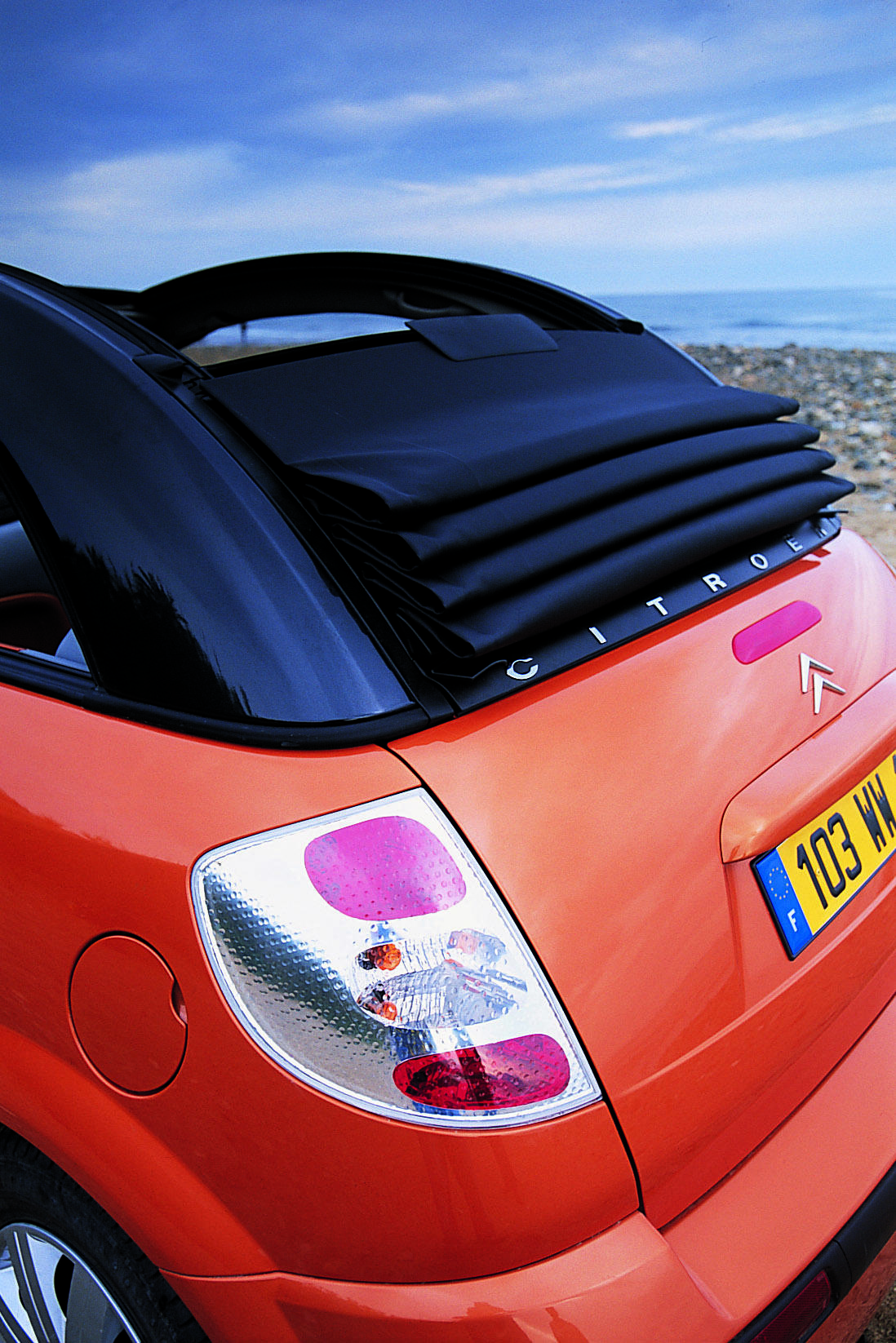 Citroen was always going to produce an open version of the C3 since tiny convertibles are currently the ‘in thing’ – look at the Peugeot 206CC, Ford StreetKa or VW Beetle for (p)roof. Yet Citroen – in its delightfully French and eccentric way – has produced a unique interpretation of the genre, designing a car that’s more than just a simple convertible, hence the name. Firstly, it can be treated as three-door hatchback that has a split rear door, a standard C3-size boot and a roof you never need know comes off. But as people say about Belgium, ‘what’s the point?’ You might as well stick to the standard C3, since the roof is what the Pluriel is all about and is where the 2CV’s ghost haunted the Pluriel’s designers, whispering ‘remember meeeeee!’

Twist the knob and the canvas roof slowly slides back along the arches and stops at the rear window, just as the 2CV’s did for 40 years. But it doesn’t stop there – undo two catches in the back and the whole rear window and roof cassette swings down into the bottom of the boot. Lower the pillarless front and rear windows and voila! A cabriolet. But it doesn’t stop there. For full open-air motoring, release a catch at the front and at the back and both roof arches gently come away to reveal a good-looking roadster in the traditional sense of the word. Sounds easy, but it isn’t. The catches are hard to locate and difficult to operate and the roof arches weigh a hefty 12kg each. Plus, once they’re off there’s no space for them in the car, so you need to be certain it isn’t going to rain. Also, the plastic covers that hide the nasty-looking roof gubbins are equally difficult to fit and feel flimsy – the kind of flimsy that will end with you holding a pile of broken plastic.

However, the rest of the car still feels strong as it’s basically a C3 (albeit on a strengthened platform). The interior is standard C3 and although the exterior is unique to the Pluriel – such as a rounder front and different headlights – it retains the familiar look and dimensions. The engines are also familiar, being the 1.4- and 1.6-litre petrol versions – the latter available with Citroen’s excellent paddle-shift SensoDrive gearbox.

On the move, the first thing that strikes you is how rattle-free the car is, despite the roof being made up of several pieces. But when there are another 50,000 miles on the clock it might be a whole lot different. The rest of the driving experience is the same as the C3’s with light steering, lithe chassis and perky engines. Unlike the standard C3, though, it suffers from a certain amount of scuttle shake that on uneven roads can be dreadful – something that 2CV owners will know all about.

But it’s here that the similarities between the old and the new stop. Whereas the Deux Chevaux always had a genuine purpose, transporting French peasants to market with their produce, the Pluriel seems too smug for its own good, with its trick roof and trendy image. The 2CV was economy transport so you could forgive it its rattles. At £13,595 the 1.6-litre Pluriel is expensive for a car you feel could fall apart, especially when you consider the 1.6-litre StreetKa is a grand less.

Basically, if you want a small Citroen buy a standard C3. But if you want a convertible Citroen, buy a 2CV (white sheet with eye holes not included).

Verdict: Fine if you live in Cannes, but it’d be a risk to take the lid off in Britain.