Tom Ford
Published: 31 May 2021
Skip 6 photos in the image carousel and continue reading 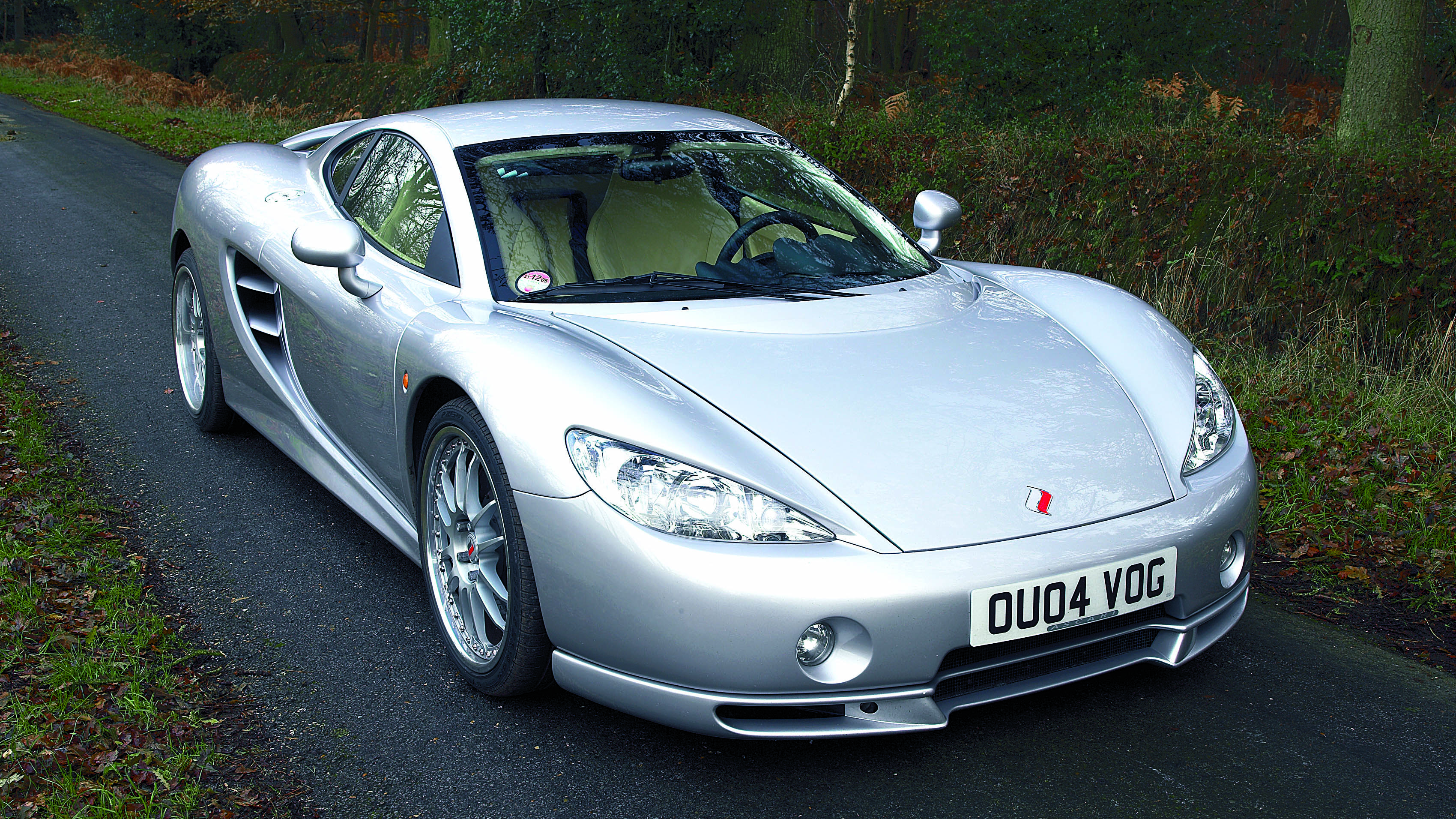 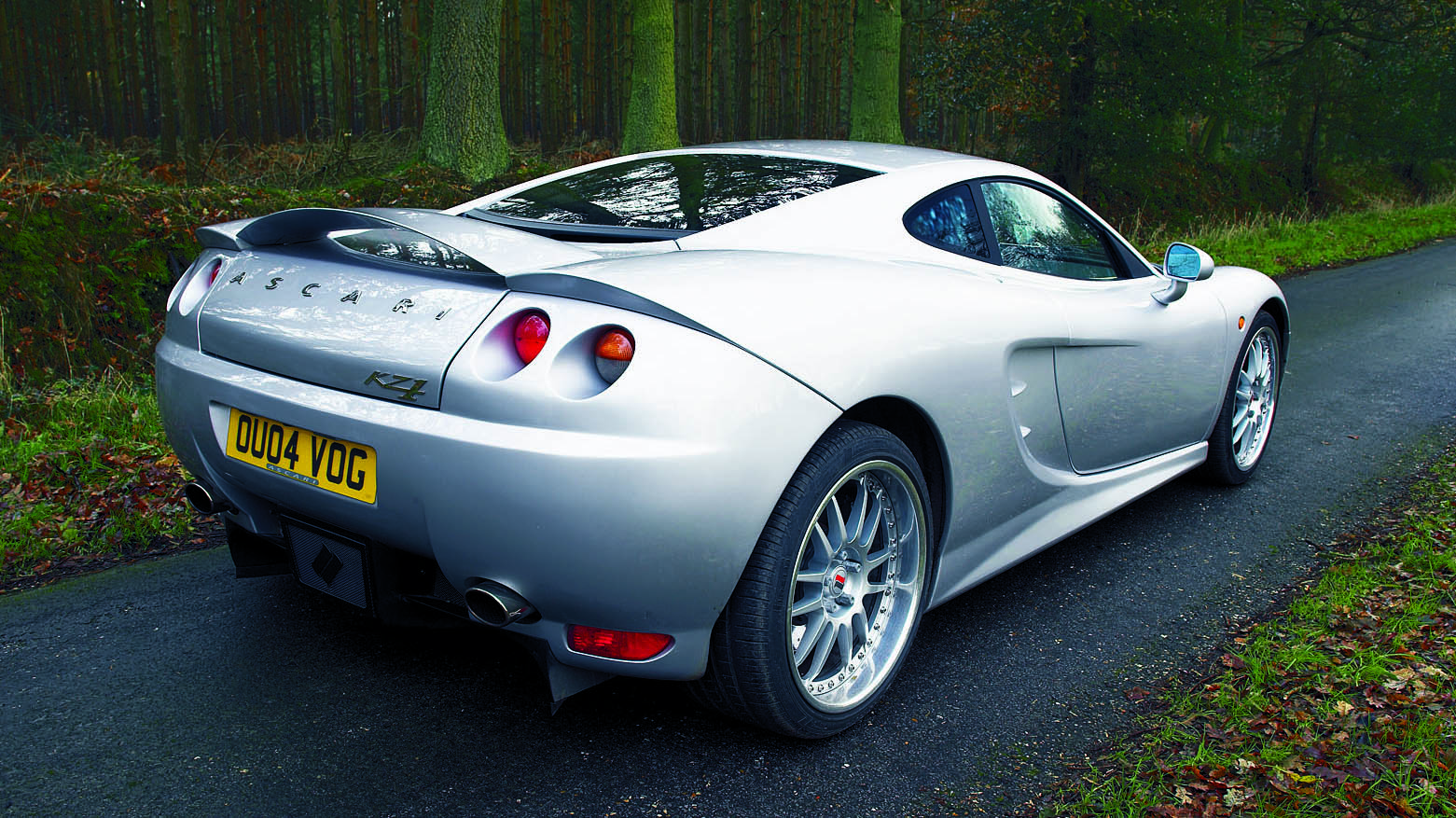 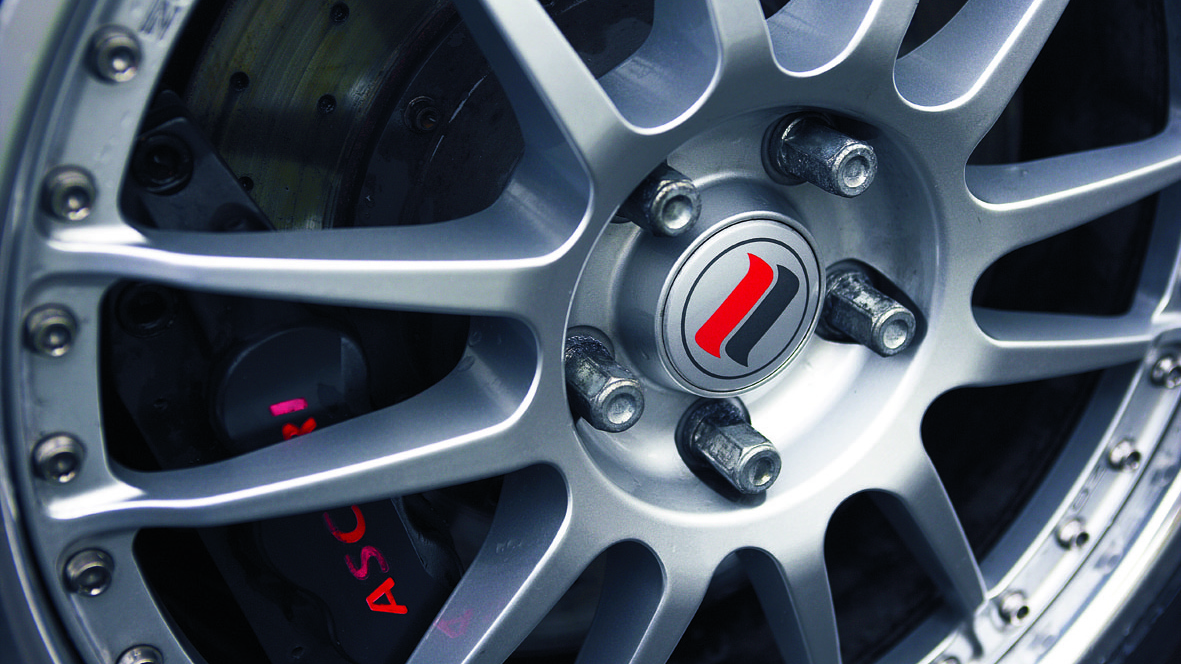 Put the Ascari KZ1’s stats down on paper and it sounds like something you’d be prepared to auction body parts for. And I’m not talking a little finger, something really useful, like a kidney, or an eye – not the one with the squint. But before you do, it’s probably easier if I break it down a bit.

The car itself is powered by the old BMW M5 V8 block, albeit totally reworked from its previous 400-brake to produce 500bhp. That’s a pretty damn fine start. Mid-mounted in a carbon-fibre monocoque and driving the rear wheels, it’s mated to a six-speed manual and is capable of 0-60 in 3.7 seconds and has 200mph potential. Numbers to stop dinner party conversations dead.

Which all sounds lovely. Until you hear the price of exclusivity, and your mouth will need shutting with a hydraulic ram. The Ascari KZ1 costs £235,000. Now that’s a lot, even for the rarefied clientele that Ascari’s owner Klaas Zwart is punting for, especially as the KZ1 is not exactly a showstopper is it?

It isn’t ugly. It has a slightly borrowed beauty (those Peugeot headlamps don’t help), but there’s no mistaking that this is a fast car – at least visually. The side profile highlights that it isn’t a particularly big supercar – it looks wieldy even though there’s a necessary width to the track. The back suffers a little from exhaust and Venturi overload, but you do get more and more keen on it, especially as that size issue makes it less immediately intimidating than, for example, a Lamborghini Murciélago.

Jump in, and the Ascari immediately has a way-out feel, but you might notice some discrepancies from the £235k impression you wanted to have. Basically, this is a left-hand drive ‘prototype’ car which doesn’t meet the specification that customers might expect. A car built in Banbury and touted as a ‘British supercar’ should really have the wheel in the right place for a start, as well as doors that, er, fit, hazard lights that work, electric windows that go up and down instead of just down and a fan with more than one speed. The exhaust shouldn’t make you want to kill yourself with its droning on the motorway, and the ‘airbrake’ shouldn’t stop you from seeing out of the rear window. The radio didn’t work, but as it was one of those horrifically complicated drop-panel units I was glad of it. 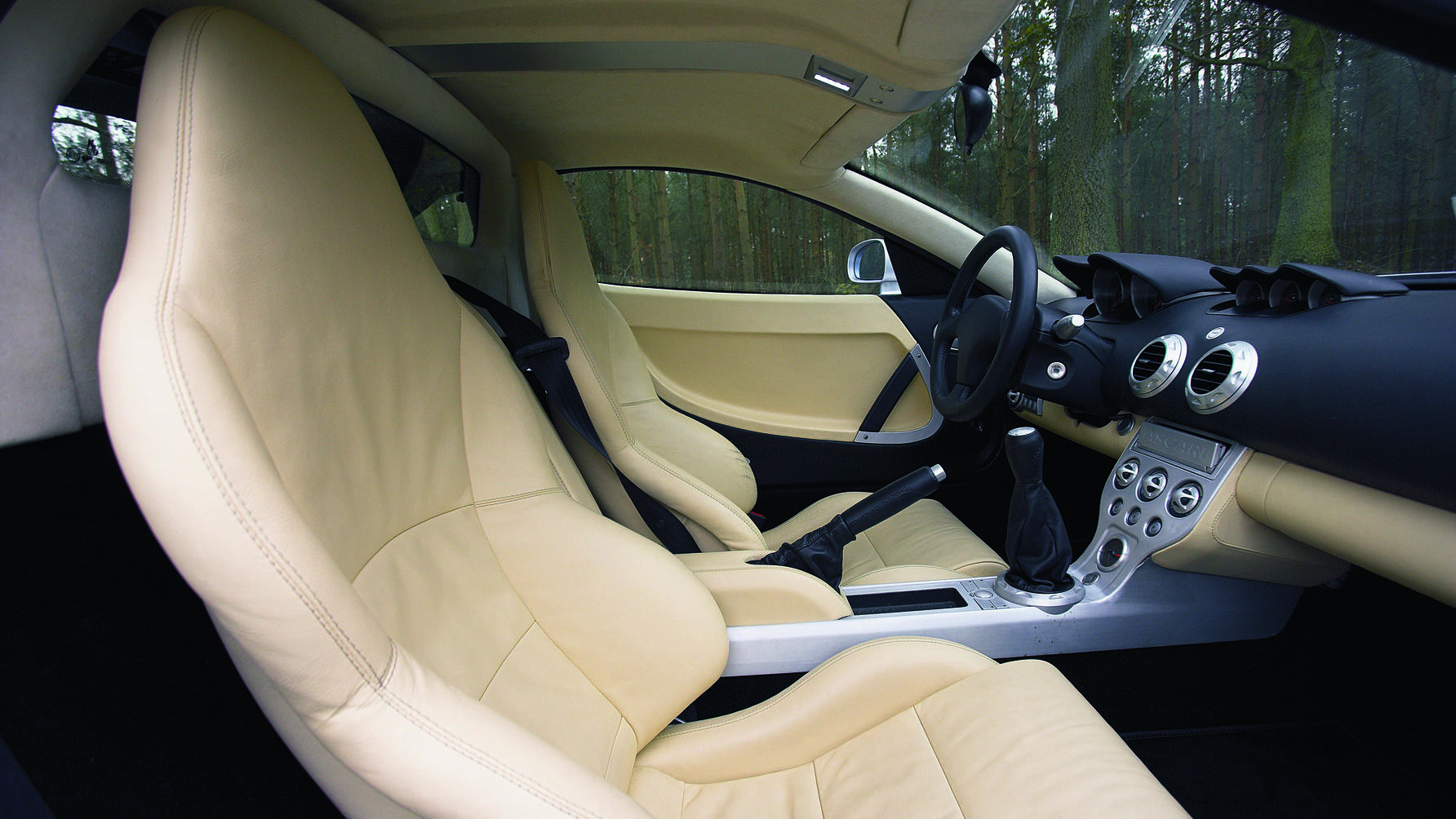 Apparently all these things have been sorted in the 12 cars that Ascari has already sold, as well as being tweaked in the remaining 38, but you have to wonder why the car that’s donated to the press has to ‘look past’ such things when cars are already in the garages of owners. It certainly doesn’t create the positive impression that Ascari is undoubtedly hoping for, and it makes you look like a complete fool in traffic when it’s raining and the windows won’t close.

So it’s a complete bust on the fit and finish as far as this car we’ve been given to test is concerned, but the mechanicals remain as they are for all customer cars. And at least here the news is good. The V8, at just under five litres, sounds utterly beguiling. Kind of high-tech muscle car trapped in a dustbin. Very angry Nascar brawl. It certainly doesn’t sound like the noise you expect from such a delicate little thing, and gets people spinning around like dervishes when it grumbles down the road. It’s a bit fluffy cold, as well as in the first inch of throttle travel, but that soon clears up when there’s some heat in the engine. The same can’t be said of the windscreen thanks to the fan’s insistence of working at its own pace – I resorted to moving the car out of my drive to warm it up for fear of being crucified by my neighbours.

Crank up the speed and the airbag-less wheel feels good. It hasn’t got the almost scary feel of most cars capable of such speeds (apart from the terror of the insurance schedule) and everything apart from the heavy clutch pedal points to something a little more sedate. There’s plenty of finger tactility, it’s easy to place and there’s no super- wide rear to take care of. True, those 305-section rear tyres tip into lorry ruts and cambers like over-eager meerkats on the hunt, but if you loosen up and let the car steer itself, it’s not quite as tiring as it seems.

Until that is, you open wide and swallow a mouthful of revs. At this point the Ascari goes berserk and you discover that there is no traction control. Not in first. Not in second. Definitely not in third, and most probably not in fourth on a road outside Reading. Diesel really does get everywhere these days. Strangely it’s not the terror of getting jiggy in a TVR, the Ascari feeling well balanced and calm no matter how hard you push. Again, it took me a while to get used to the car – especially in the recent wintry conditions – but there are deep rewards from the Ascari if you take the time to find them.

Criticisms come from a lack of suspension travel on British roads. The Ascari simply runs out of travel if you hit a mid-corner lump with the front axle, which translates into understeer a bit too much. No bumps? The KZ1 will nail its nose in like an Elise and you can balance the car on the throttle if you dare. It’s a sweet thing when you get it right, 8,000rpm of V8 making purely hysterical noises behind you.

The gearbox is lovely when it’s working, crap when it’s not. Double-declutching – something I haven’t done in a while – is the order of the day. And it didn’t work all the time. Under par as it is, this car really doesn’t show the Ascari up in its best light. And that’s going to affect the decision. This isn’t representative of a £235k car, no matter which way you paint it. It feels awesome when it’s in the groove and everything’s working – I’d love to try one on a track and Ascari is more than happy to oblige with a trip to the Club Ascari circuit in Spain where you can drive the caged-up ‘Academy’ car – but I’ve worked out what I could have for that much money. And it wouldn’t be a KZ1.

Verdict: Not what £235k should be like, even though it makes a great noise and goes very fast indeeeeeed...