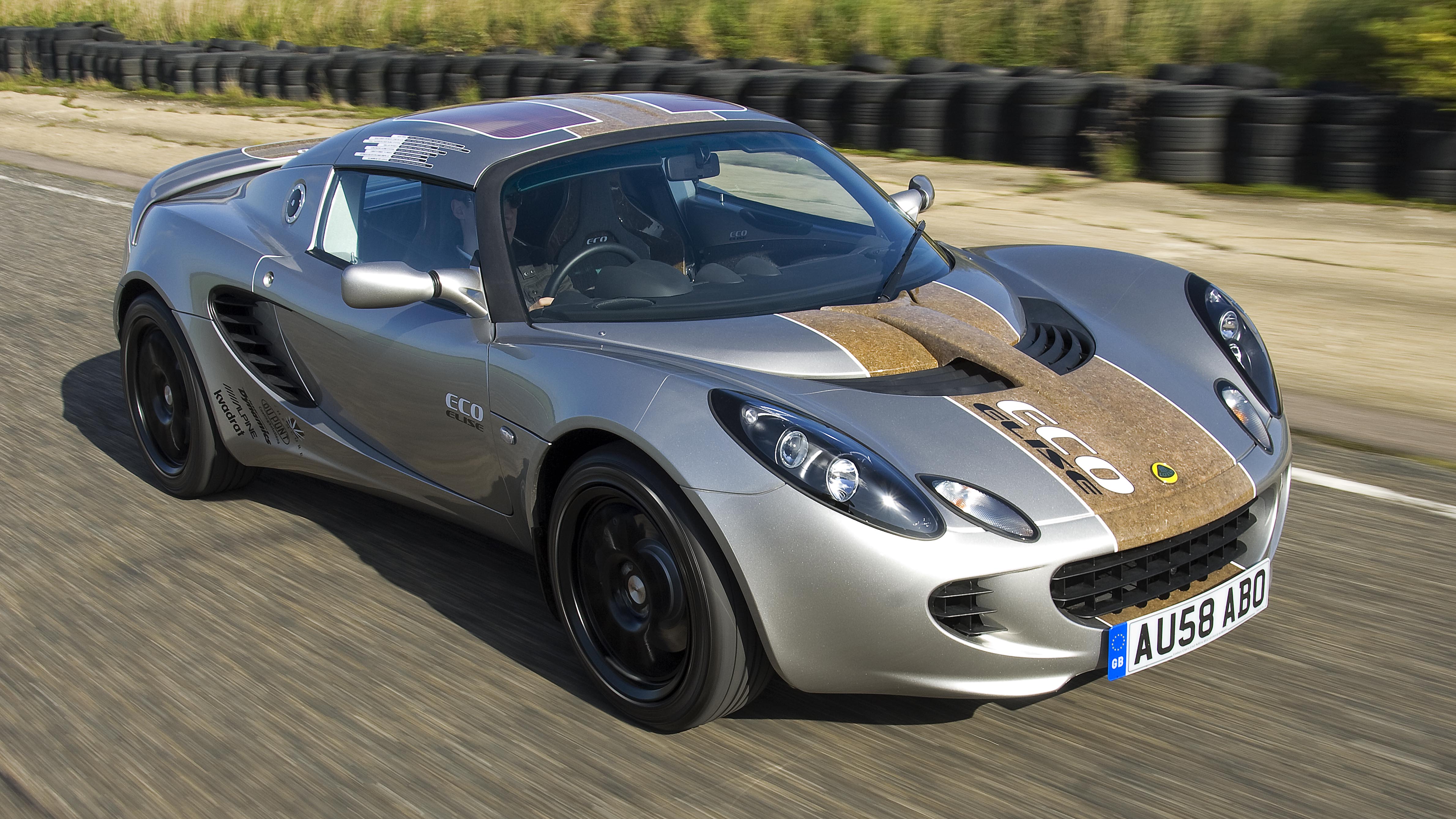 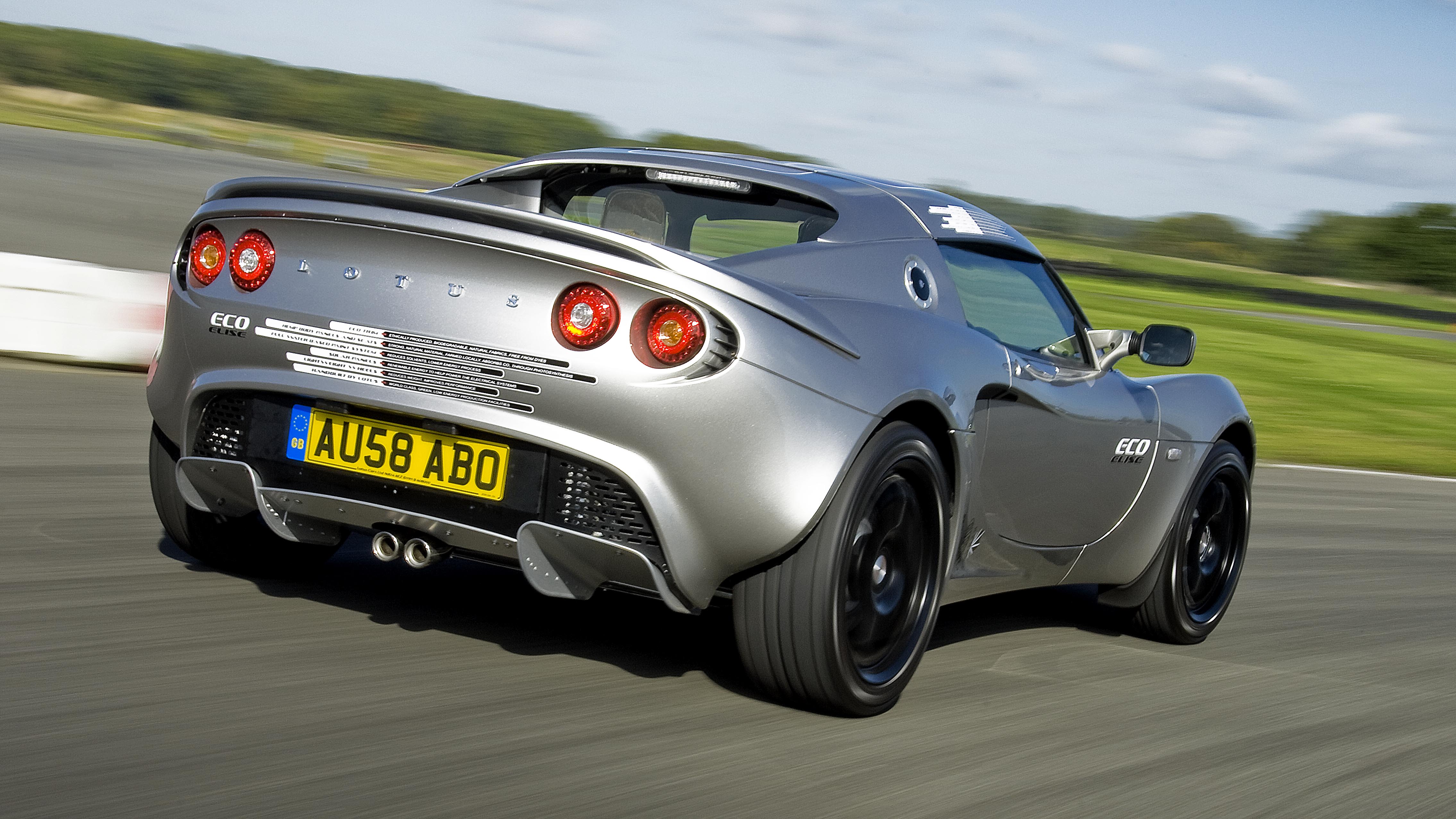 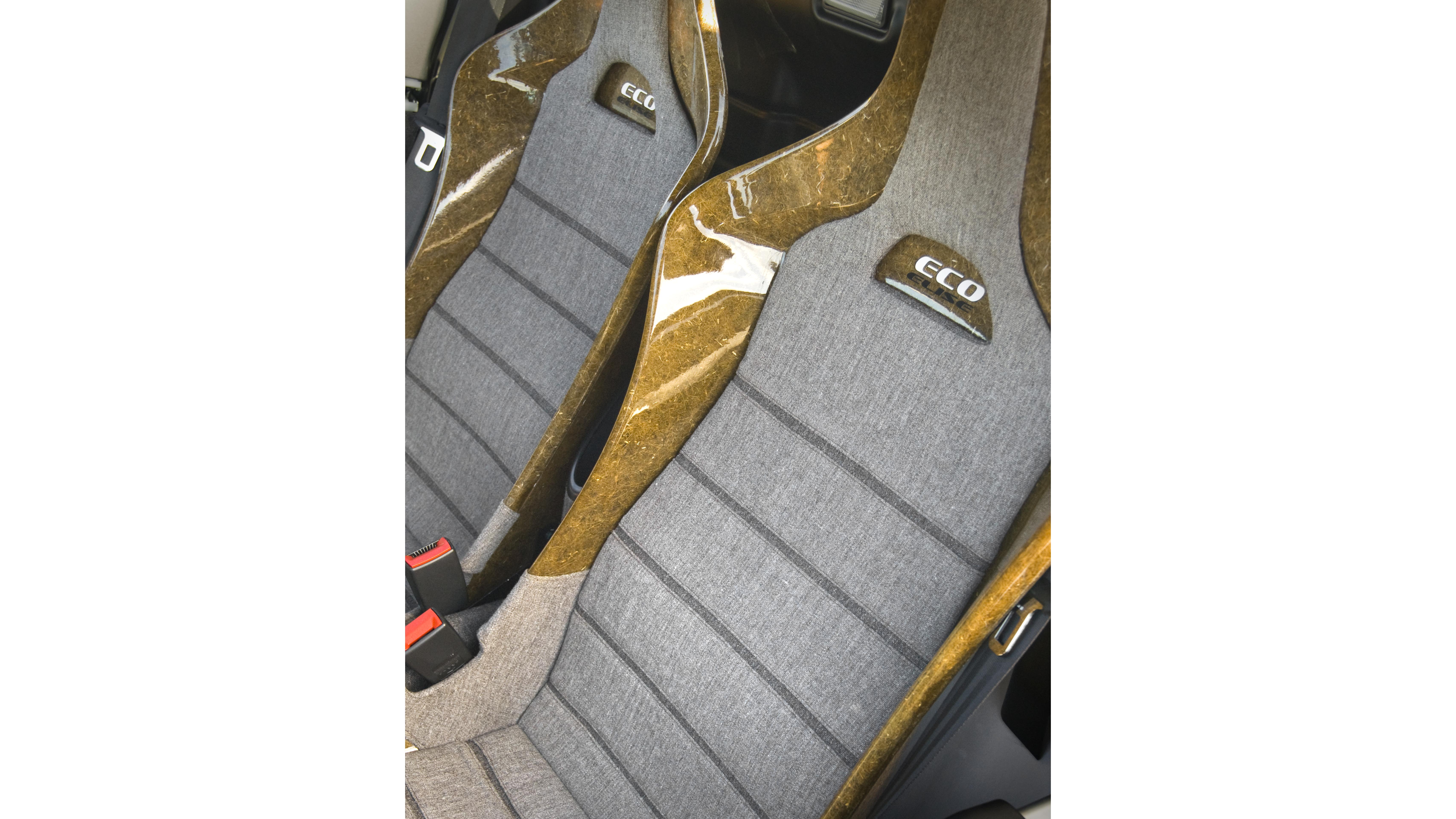 Hidden deep in a Norfolk skunkworks, some men and women have been experimenting. With hemp. Which – for those of you who aren’t of a narcotic persuasion – is cannabis. There’s a spiky leaf decal underneath the rear scoop to ram the point home.

Luckily, those men and women are from Lotus. And they’ve not been getting stoned on the stuff; they’ve been using it to make this, the Eco Elise. I’ve just stepped out of it, and I’m rather impressed. Because underneath its eco-ness (which we’ll come to shortly), it’s a standard Elise S. And that’s one of the best cars you can buy, if you happen to like driving.

Back to hemp. You see, in its legal form, it’s very useful for making things. Things like bodywork for cars. It’s a bit like carbon fibre, so it’s really strong when you weave it together. Look at the rear wing, front clamshell, the roof and even the seats on this Elise. All made from hemp.

And it’s environmentally friendly, as hemp crops absorb CO2 from the atmosphere, making it carbon-neutral. Take that, offsetters.

Hemp is just one of the green features on this Elise. Those folk in the skunkworks are our kind of environmentalists. Instead of banging on about tokenistic greenisms, they’ve shut themselves away for a few weeks and come up with something genuinely useful.

Check out the solar panel in the roof. It actually works, powering things like aircon and the stereo to save the alternator a lot of work, so you use less fuel. Why didn’t anyone think of that before? Maybe because it was properly tricky: making that panel flexible – to fit the contours of the car – took some real engineering.

Then there’s the wool. The interior trim is all fleecy, and it’s sourced locally to the Lotus base in Hethel (along with the hemp). So it has the carbon footprint of a squirrel. No unnatural dyes either – it’s as natural as when it was on a ram’s wotsit.

The paint is next. Lotus has used water-based solution for every layer (an industry first). Not only is this less polluting, but the spraying process consumes less energy than with the regular solvent-based stuff.

Finally, the Eco has three green lights on the dash, like an extremely positive traffic light. If you keep all three illuminated, you’re in the right gear for maximum fuel economy.

For this model, Lotus has decided to focus on materials not engines. But just imagine if it were combined with Lotus’s tri-fuel drivetrain. You’d have the ultimate eco car. Currently, you can’t buy it, but if the fervent enthusiasm of those folk from Norfolk continues, I wouldn’t be surprised if you saw the technology in other cars, very soon.

And, because it’s a Lotus, and because hemp and wool are light, it doesn’t weigh much. Even the stereo is 1.5kg lighter than before. But all those little savings add up to make a significant whole. Overall, the Eco is 32kg less than an Elise S, so you improve your power-to-weight ratio without having to munch on carrots for a month. Told you it was our kind of green.