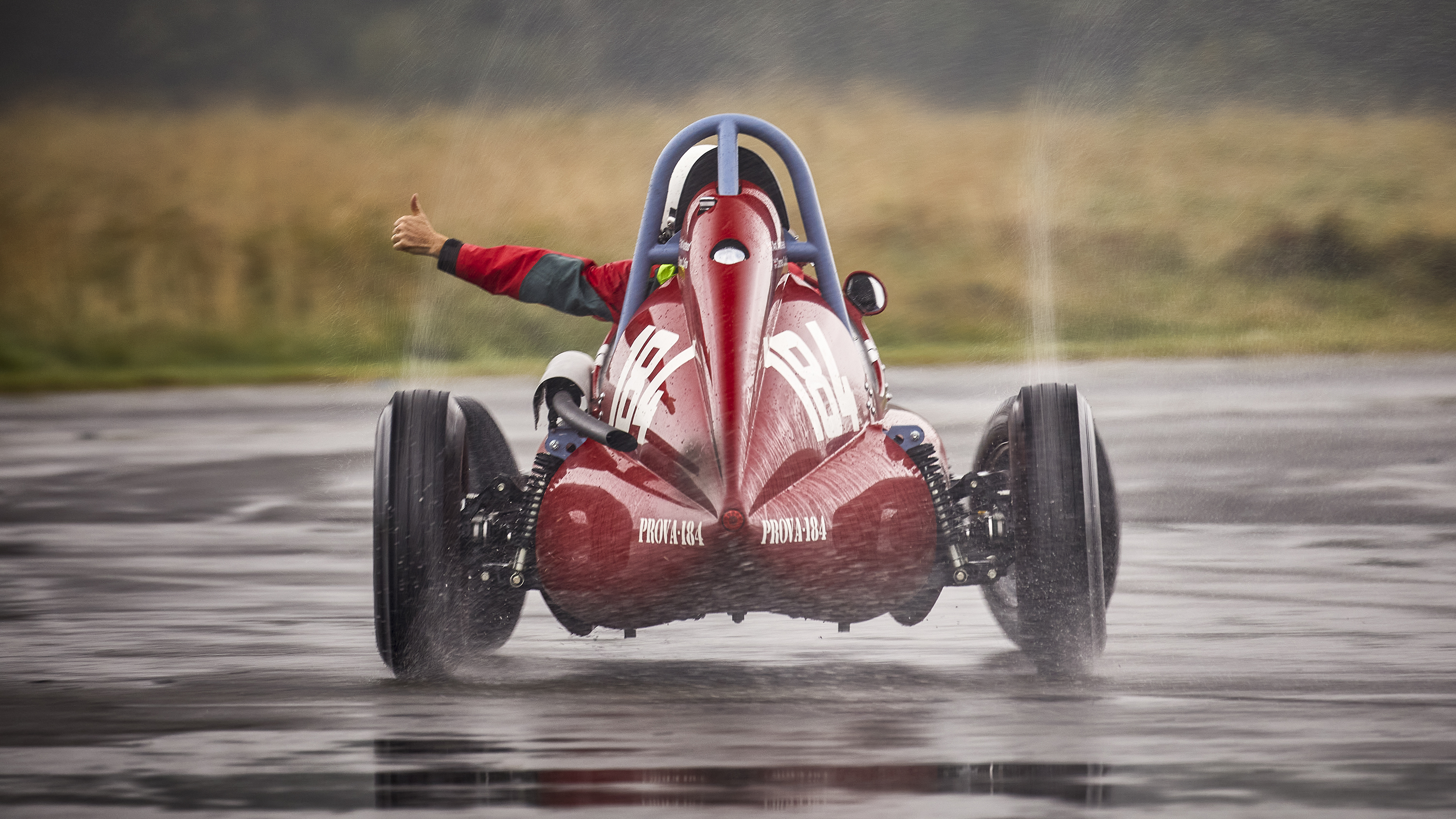 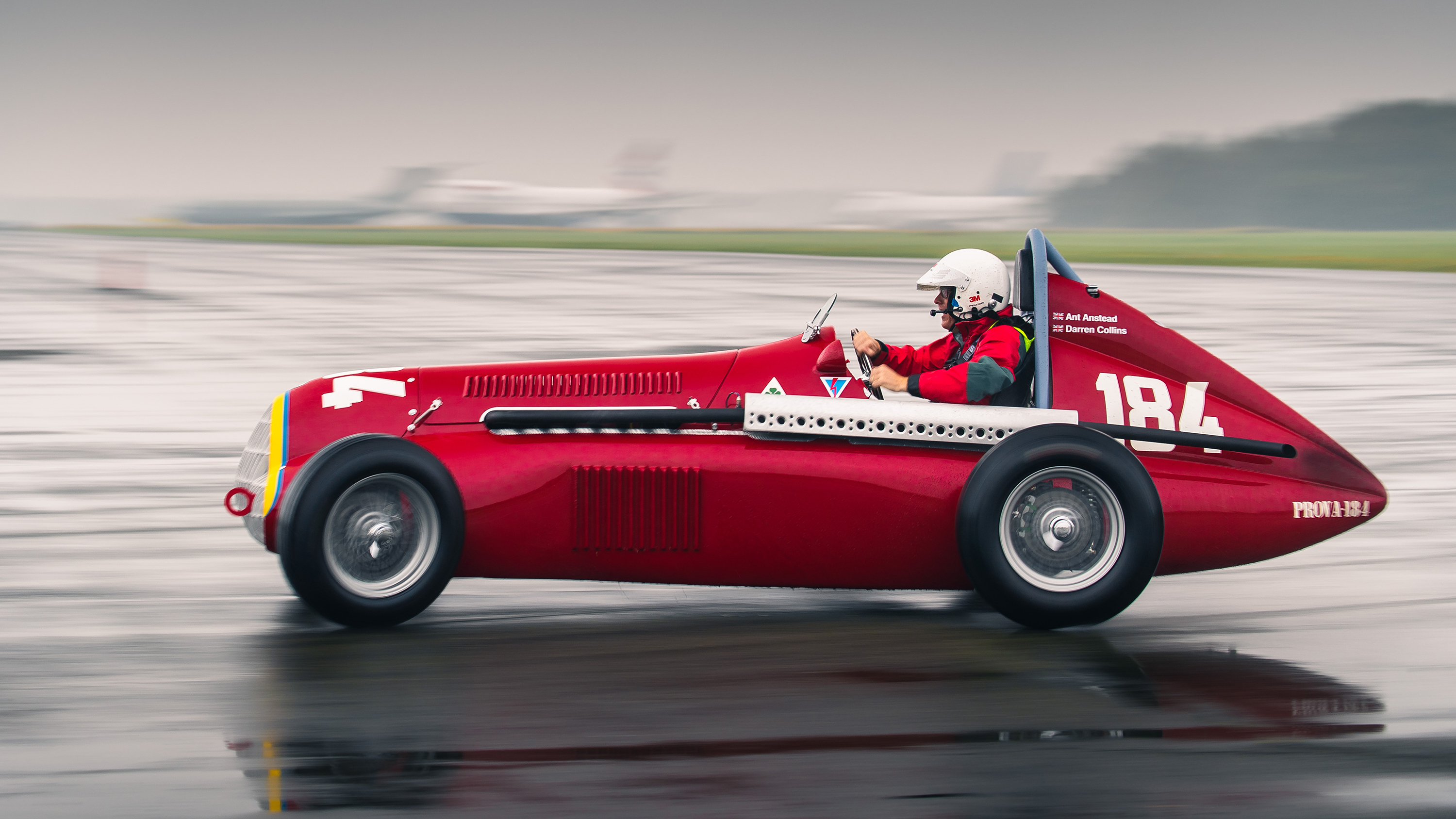 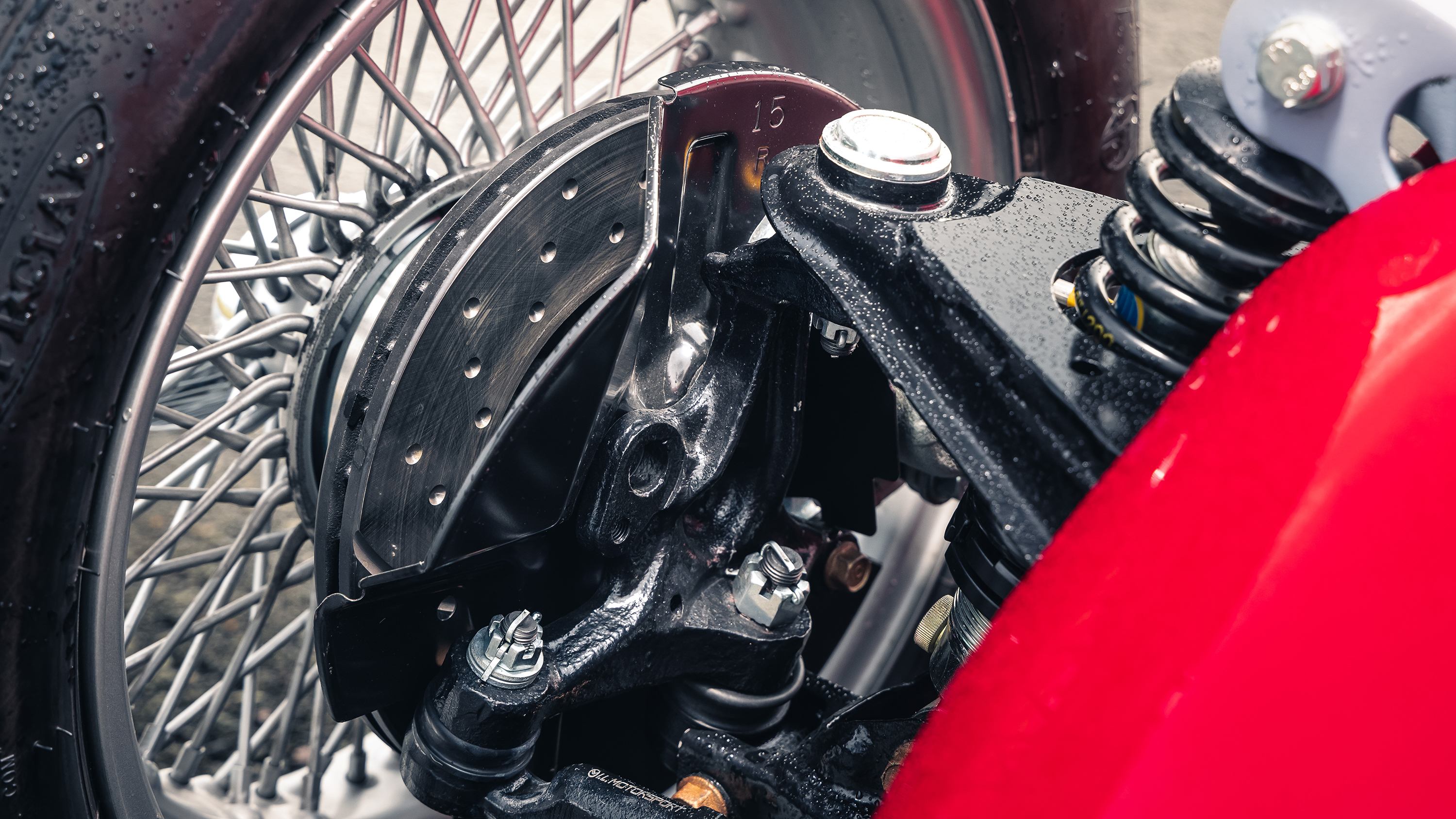 Crivens! What on earth is that?

It’s called the Tipo 184, and it’s actually a dinky Mazda MX-5 in Forties period costume. It’s the work of Ant Anstead and the team at Dowsett Cars who wanted to offer an affordable and approachable project build for the average driver.

For around £20k (plus a donor Mk2 MX-5) you can buy the kit and build one of these yourself in a week or two, depending on mechanical competence. That’s a lot of historic race car, for not a crippling amount of money. It’ll swallow 100 to 150 hours of your life building one, we’re told.

It’s not lockdown anymore. When will I find the time?

Worry not, for you can order the kit in smaller, cheaper stages – a bit like those ‘make your own Starship Enterprise!’ magazine series that pop up every January, only with a less surprising final bill for this actual, functioning motor vehicle. Namely £17,700 plus VAT and a forlorn drop-top Mazda.

What exactly is it for?

Finish your Tipo 184 imminently and it’ll be limited to track, but a road car conversion kit is coming soon. Which if you’re spending 20 big ones on a car with the modest power output of a two-decade-old roadster, we’d suggest is pretty key to unlocking some of its appeal. Mind with just one seat and no luggage space – plus the need to wear some decent face protection if you aren’t to be pinged mercilessly by stones – it’ll be a road car with a limited-use case.

Can I race it?

What are the stats, then?

So what have they kept?

The MX-5’s engine, gearbox, propshaft, diff, braking system (including handbrake cable), suspension and steering rack all remain, the latter with its power assistance removed. The instrument pod also hangs around, and once you’ve navigated your way into the 184 – cagily climbing its exterior componentry like it’s a Total Wipeout obstacle – those are the first things you’ll spot.

Their slightly naff, italicised fonts don’t entirely fit the 1940s F1 car vibe, but what’s reassuring about them is the oil and water temperatures don’t really budge when you’re working the car hard. It’s difficult to imagine the Alfa Romeo 158 Alfetta Grand Prix car it pays homage to being able to claim similar, but you’ve sturdy 1990s mechanicals to thank for that.

Heave the huge wooden rim around at parking speeds and you’ll anticipate a real workout is coming, while it’s hard not to feel as perilously perched atop the car as Mr Bean on the roof of his Mini, so high and exposed is its driving position by the standards of almost anything made in the last sixty years. But with even a small amount of speed the steering lightens and the intimidation dissipates.

Being able to see all four wheels of your car at the same time is a curious feeling, but one which feeds into the unabated feedback this car throws at you. Both aural, visual and physical, especially when it’s wet. The spray from its Blockley cross-ply tyres on a wet circuit will cancel out the need for you to actually shower the morning before a race.

The engine rasps nicely and is unfailingly keen – you work it hard to find the power, but with such little weight to shift, you don’t urgently need a chunky number on the rev counter to get a decent bit of pace. Which might save you a few unnecessary gearchanges at least. Those aren’t the work of a moment, your legs split wide by the gear linkage to place your clutch foot far from your brake/accelerator foot, while the shift action – on your right-hand side – can be a bit awkward at first. But with hardy Japanese engineering at the end of it all, you can be a bit ham-fisted at first without fear of the powertrain ingesting itself beneath.

It’s downright hilarious. On the damp circuit we drove it on, it slid. Everywhere. An MX-5 has long been shorthand for ‘my first rear-wheel-drive car’, but with a set of cross-plies beneath, it’s even easier to wrap your head around the dark art of the massively immature skid.

You’ll feel like a hero, the sensation of the car moving around so cartoonishly massively heightened from your almost overhead viewpoint of the car’s floorplan, especially when you’re being mildly jet-washed by the spray from its spinning wheels. In truth it’ll all be happening at pretty plain speeds, but you won’t care one jot. It not only delivers vintage racecar aesthetics for a much smaller price, but vintage racecar dynamics for much smaller talent levels. I’m not sure there’s anything more slapstick nor feelgood for twenty grand.

I also can’t imagine just how dramatic a one-make grid of these will be. On a wet Dunsfold with all the run-off in the world, it’s nothing but a huge laugh – a tonic to the barely approachable mega-money hypercars bookending the performance car world. A dozen or two of these in close proximity on a track could quickly descend into madness, mind.

I like the sound of it, but I’m mechanically useless.

You can order one fully built, don’t worry. And for now it’s only pre-facelift Mk2s that fit the bill – your unloved Mk1 MX-5 will need a different project to bring it back to life. Interestingly, each Tipo 184 gets an all new chassis number too, so it won’t be registered as an MX-5 once your project’s on the road. Or spinning its rear Blockleys effervescently on track.