£351,000 when new
Read why you can trust our independent reviews
Piers Ward
Skip 7 photos in the image carousel and continue reading 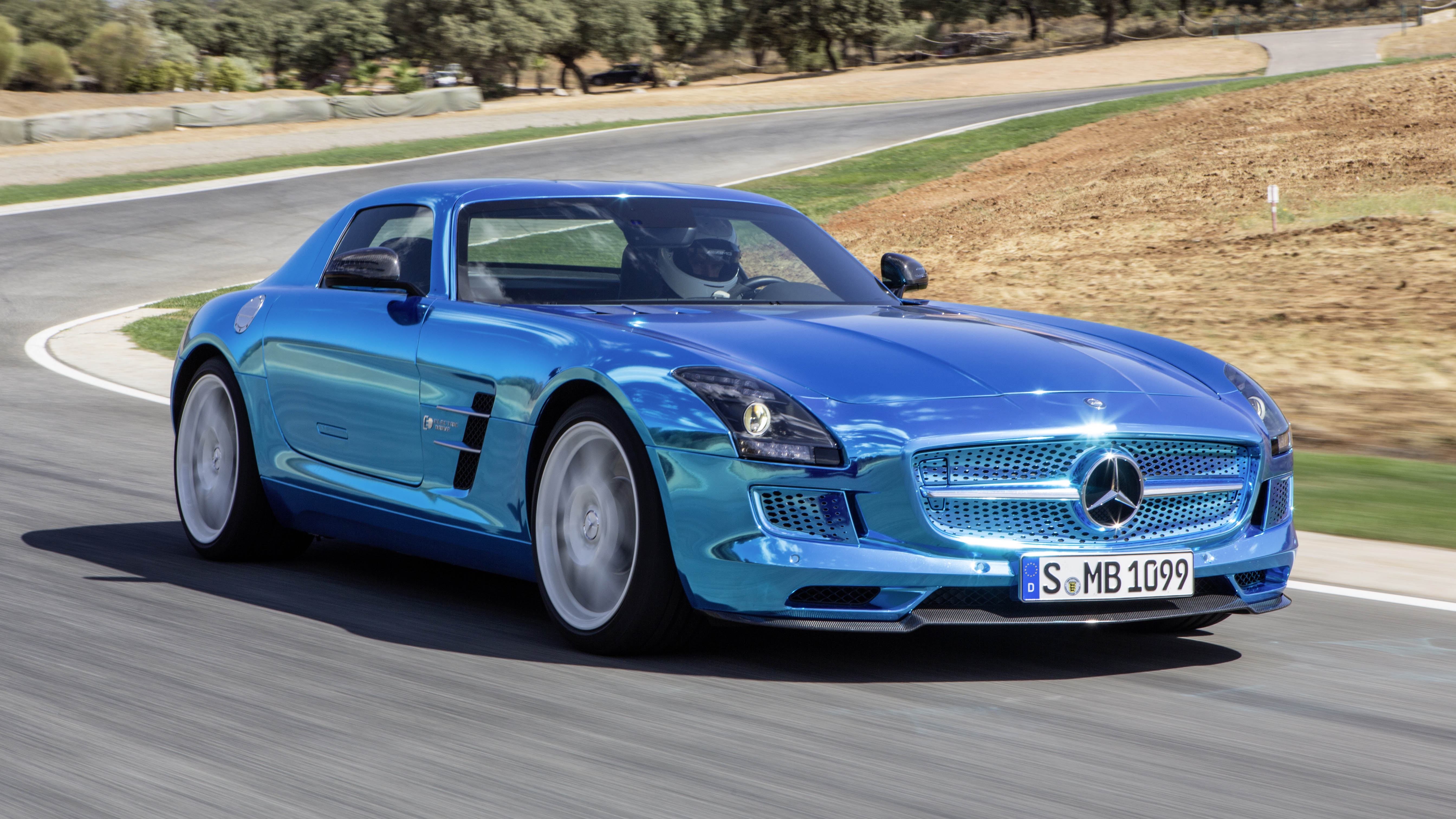 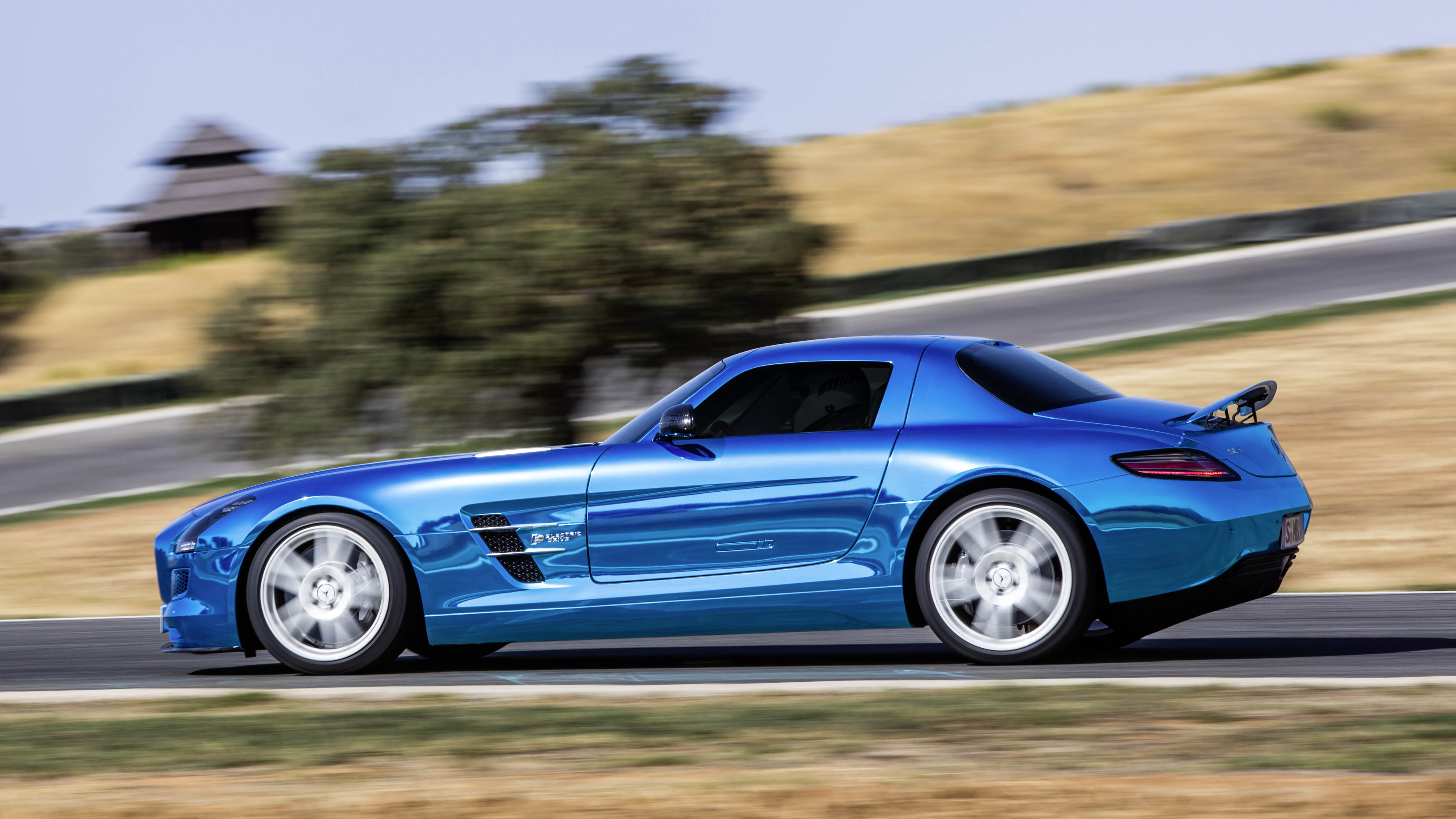 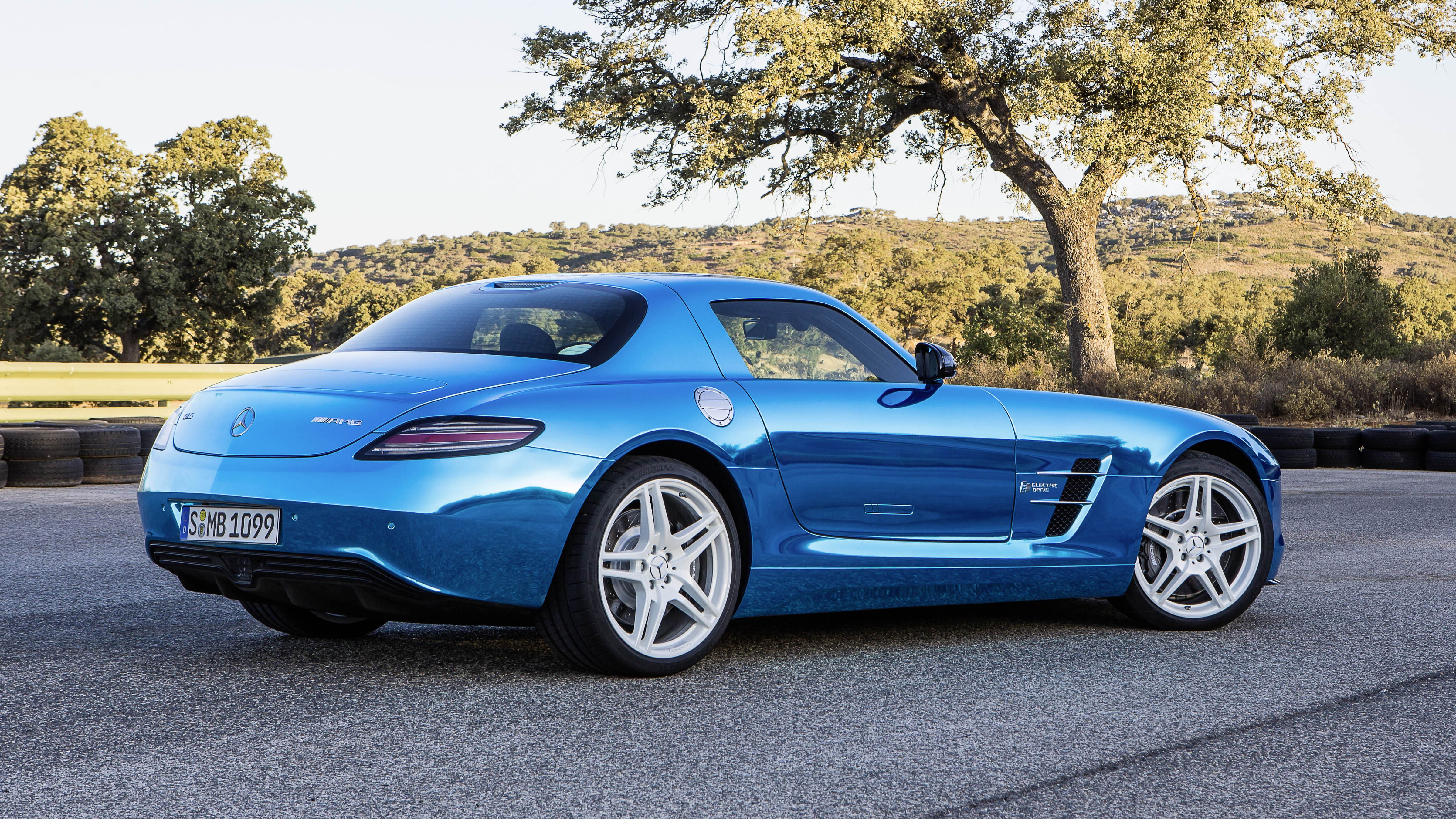 Guess what's the most powerful AMG on sale? We bet you'll plump for the SLS Black, but you'd be wrong. It's this SLS Electric Drive, with 740bhp and 738lb ft. That's an enormous 118bhp and 270lb ft more than the Black - hardly a slouch when it comes to bare stats. And yet it produces precisely no local CO2 emissions.

So what is it? Bluntly, the SLS ED is possibly the most brilliantly revolutionary thing that the already-bonkers lot at AMG have ever created: a fully electric AWD supercar. It's a serious bit of engineering, too. The ED uses four motors (one for each wheel) connected to two gearboxes, and there are 12 battery modules, most of which are mounted nice and low in the unused space where the transmission tunnel would normally be. The location is key: the batteries weigh a whopping 548kg, so they need to be low down. Mounted as they are and with the car driven carefully, the cells give a theoretical range of 155 miles.

It's a shame to focus on the green and serene engineering of the Electric Drive, though, because its pure, visceral pace is simply extraordinary. I can't think of anything other than perhaps the Veyron that has this tsunami-surge of torque.

It's not a one-trick pony, either: the world's only electric hypercar also drives surprisingly well, if you've got it in the right mode. There are three different torque-vectoring settings that not only alter how much each electric motor brakes individual wheels to maintain traction slingshotting out of corners, but also how much power is sent to the wheel with the most grip.

Comfort mode is slightly ponderous. Still fast, yes, but the chassis isn't quite as sparkly as you'd like - it feels like every bit of its portly 2.1 tonnes. A situation easily fixed by switching settings from Comfort to Sport+. Do so, and your world changes.

Suddenly, what previously felt like a slightly slow-witted SLS becomes a super-sharp sports car. Understeer disappears completely, the car pivots around the middle and the ED comes alive. It feels even better than a standard SLS because it's so well balanced, for which we can thank that clever torque-vectoring and superlative programming from AMG.

The only criticism concerns the noise, or lack of. AMG has created a fake engine note for the SLS ED, so that there's some sound in the cabin, but it's too quiet. At idle, it sounds a bit like a Star Wars sample, but above 30mph, wind/tyre noise drown it out.

But it's a minor blot. This is still one of the most impressive AMGs. Ever. And the amazing thing is that you'll actually be able to buy it. Well, you will if you happen to have a spare €416,500.

But, honestly, who cares? It exists. And it's brilliant. 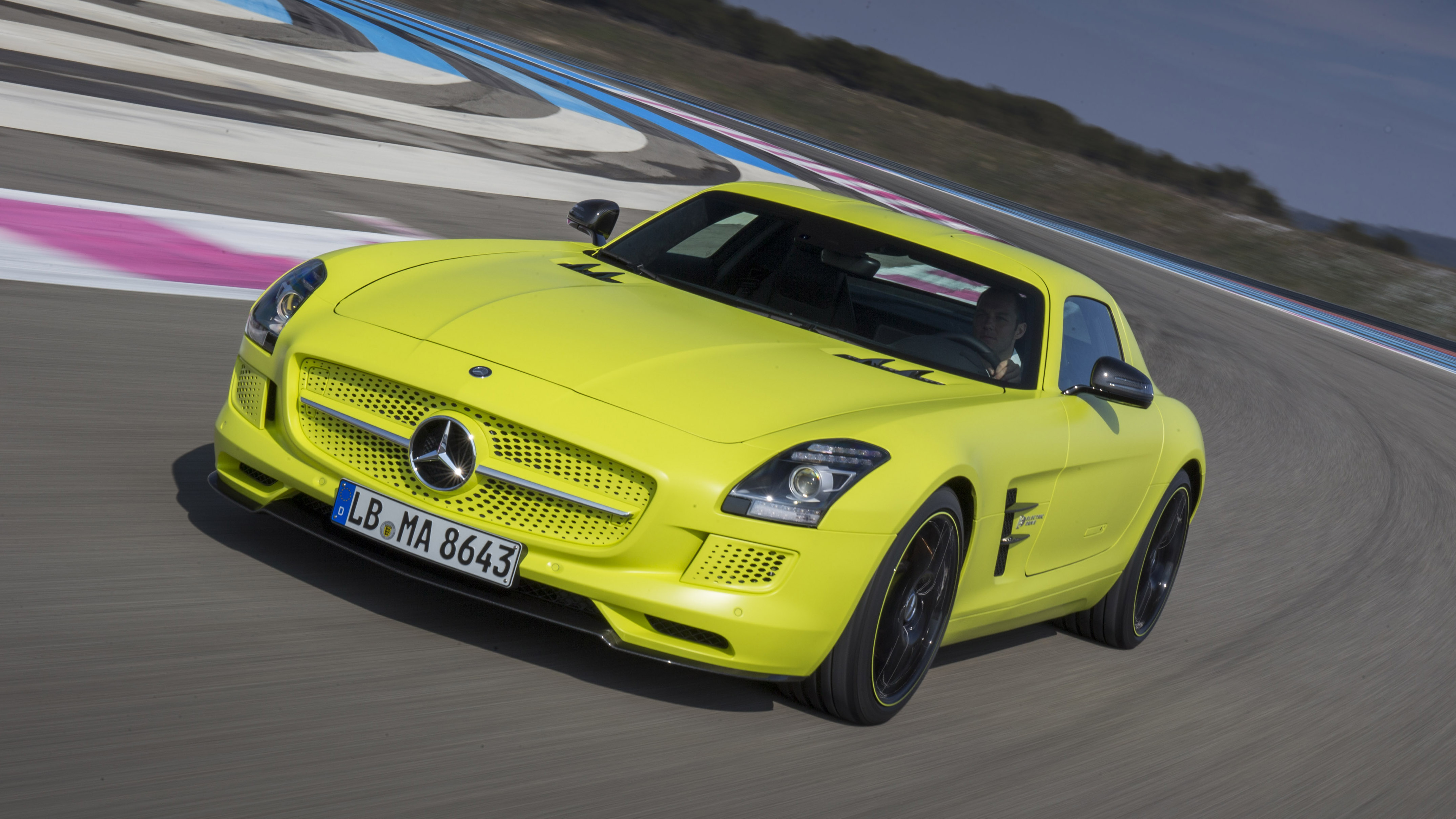 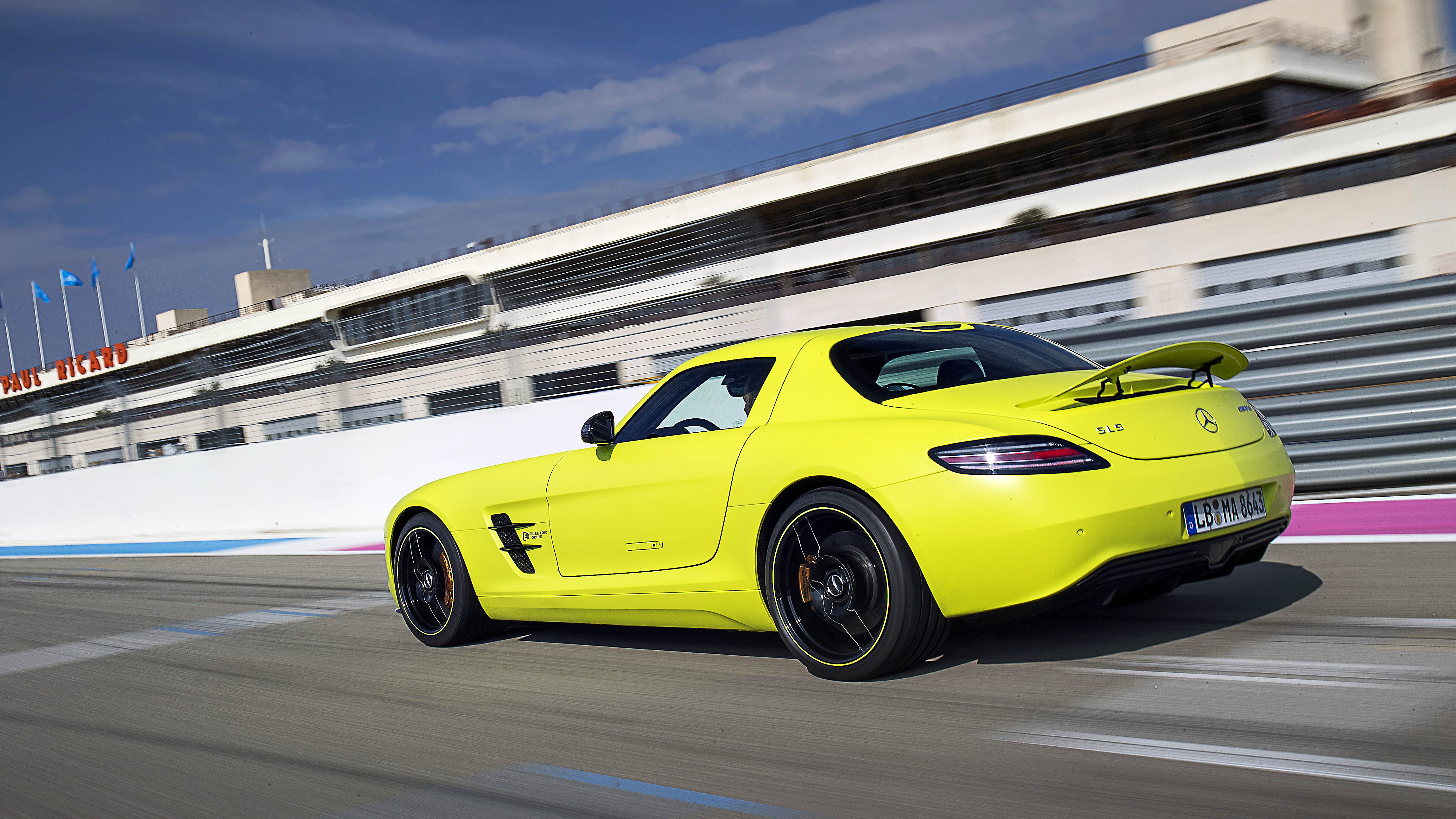 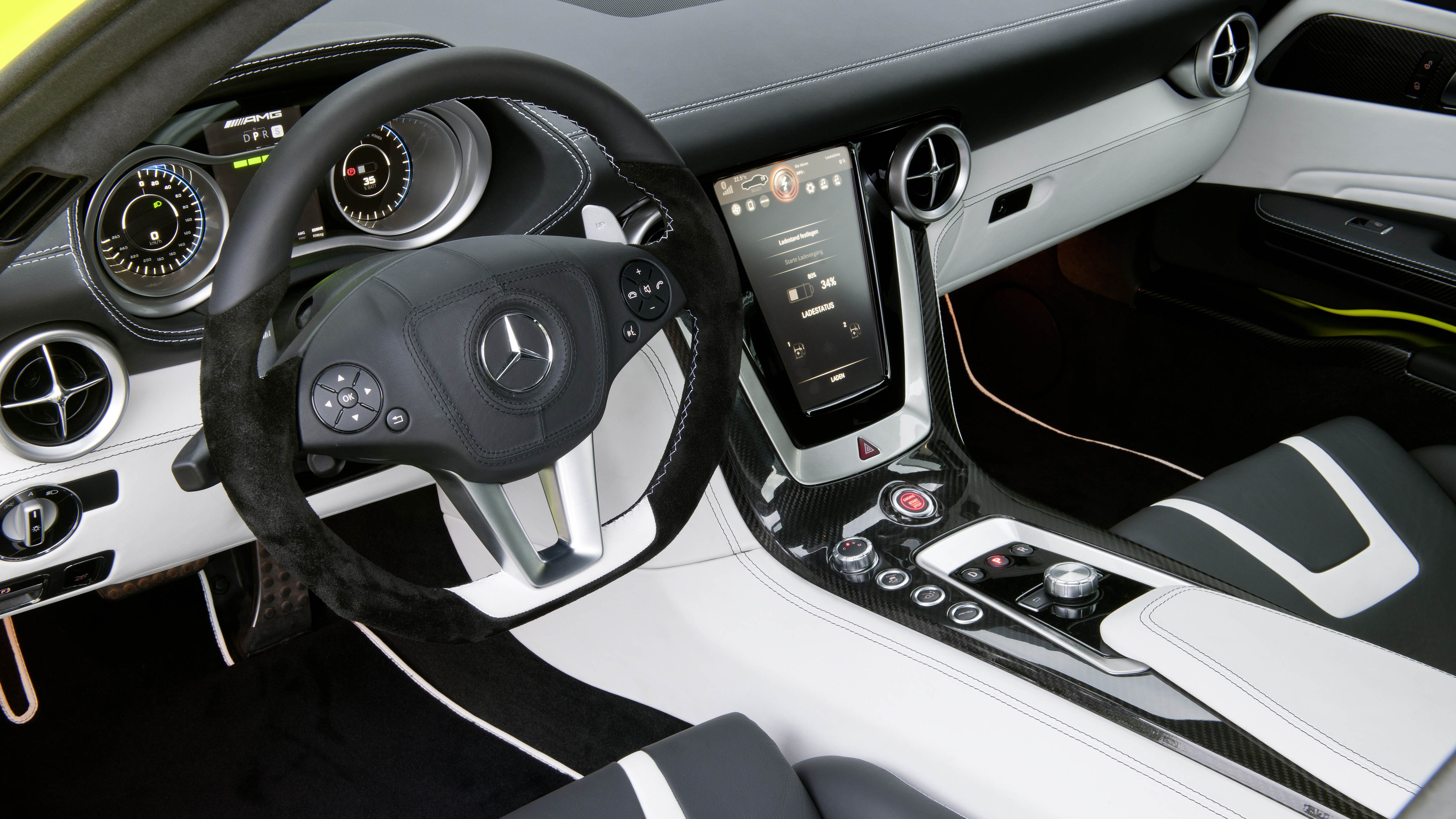