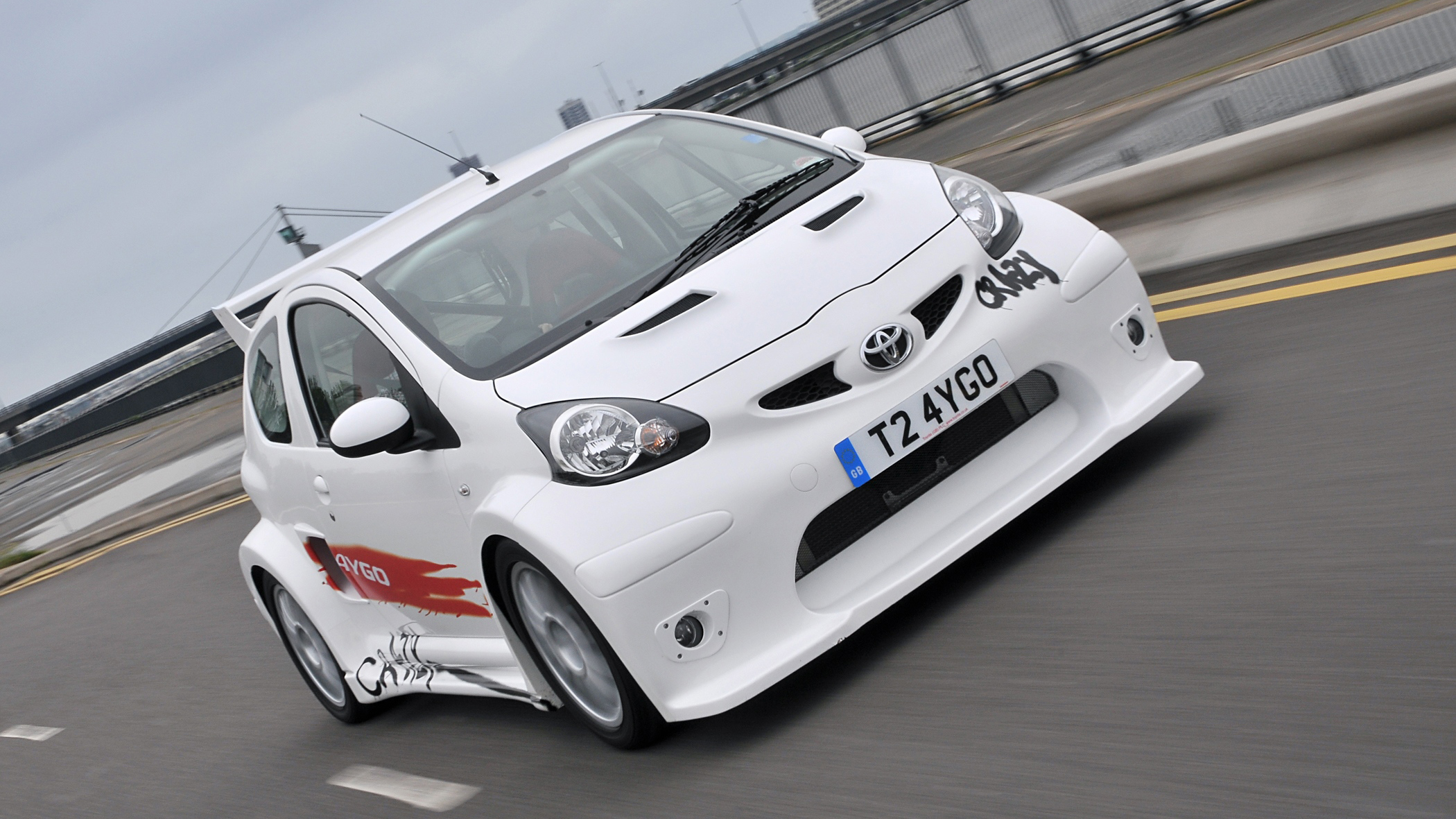 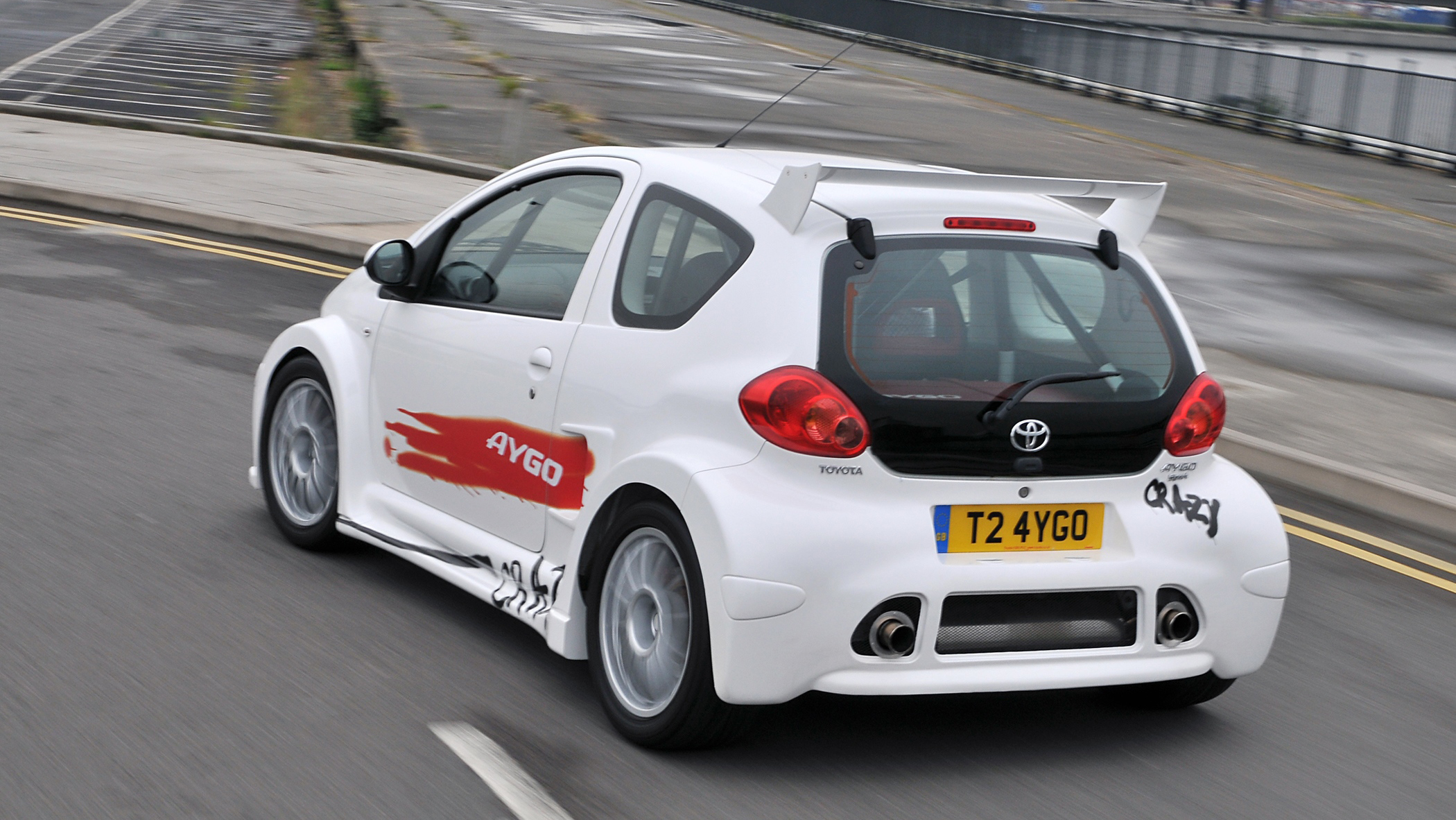 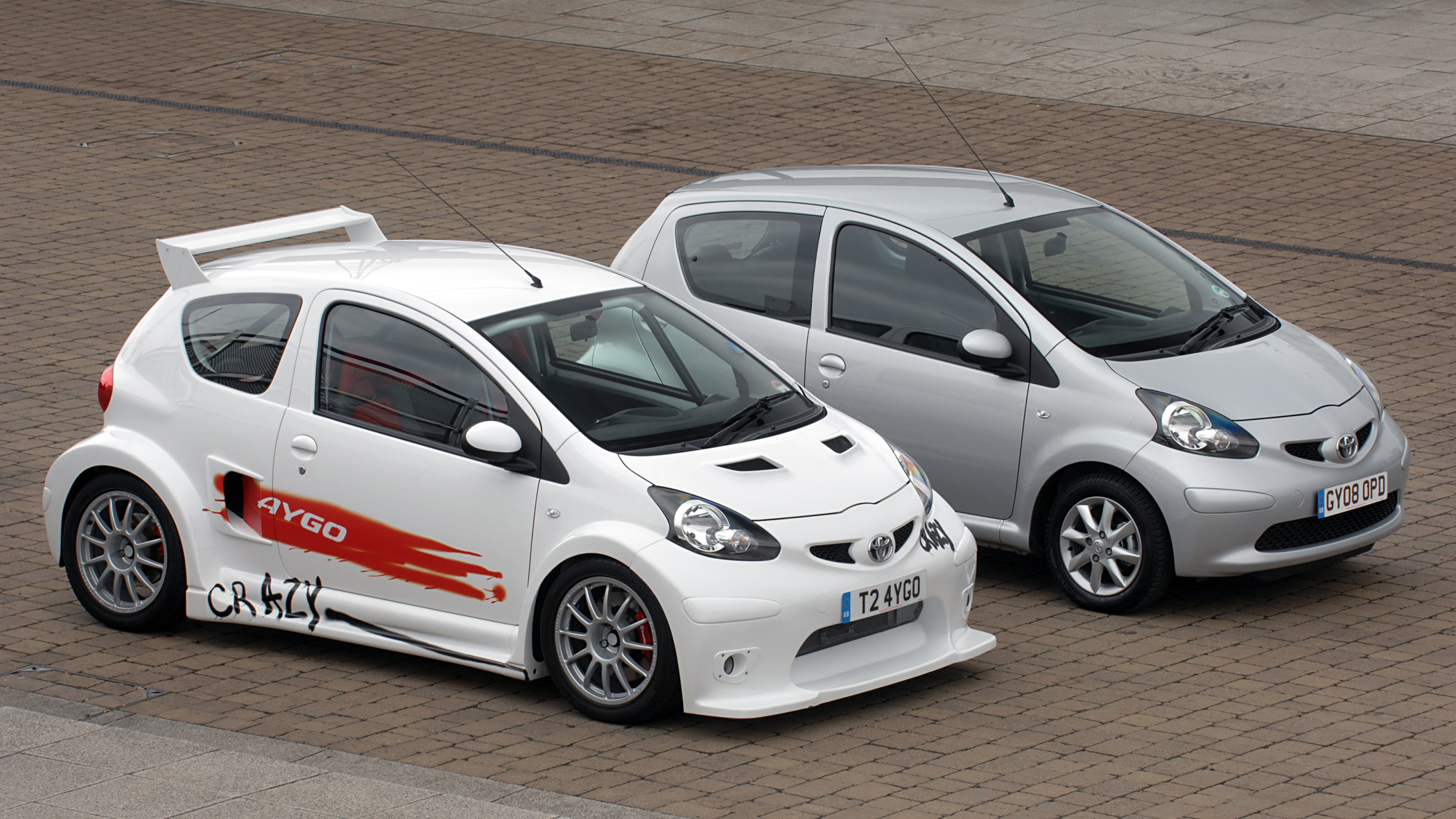 They've not had a lot to do over the last few years, those poor souls trapped in the 'performance' corner of Toyota R&D. Since the demise of the Celica, the MR2 and the Supra, they've been sat on their collective posterior, presumably making origami swans.

Until a few months ago, when a Toyota boss wandered over with an Aygo tucked under one arm.

"What, an Aygo? Can't we at least have an Auris?

"Nope, you're getting an Aygo. But here's the deal. You can do whatever you want. Anything."

And go crazy they did, fitting out the little Aygo with carbon fibre, Brembo brakes, a monster bodykit, widened track, and the 1.8-litre VVTi engine out of the last MR2, with a new turbo kit. And, because all that sounded a bit sensible, they ripped out the rear seats and stuck the engine there instead. Yes, you're looking at a mid-engined, rear-drive Aygo. With 197bhp. Not since the Clio V6 has snap oversteer been promised in such abundance.

The silliness doesn't end there. The engineers also tore out the ESP system and the power steering. And the brake servo. They call it a kart with a roof. We call it worrying.

But the Aygo Crazy is surprisingly civilised to drive. Yes, the front splitter is so close to the ground that you risk bottoming out on yellow lines, but the throttle and clutch are progressive and forgiving. Sure, things get a bit twitchy when you trash it in the wet, but it's so light (the Aygo tips the scales at a tonne) and talkative, it's easy to keep in line.

That's thanks to the steering which, when you're up and running at least, is a thing of wonderment. There's a tiny bit of slack around the straight-ahead, but push into a corner, and it's absolutely alive. Porsche GT2 good. You can taste the tarmac through your fingertips. OK, you'll need a three-times-a-week gym training routine to park the thing, but surely it's worth it?

The Aygo's party trick, though, is the comical snicker from the turbo wastegate. It's no subtle little chirrup, either. It's a monstrous whoosh, a reflex paroxysm of laughter every time you ease off the throttle. It's fantastic fun.

And that's what this daft over-the-top-ness of a car is, in a word. Fun. No, you can't buy the Aygo Crazy - Toyota has built this as a one-off, a showcase - but it's evidence that the world's biggest manufacturer hasn't had an entertainment lobotomy. As an overall package, it's much too much, but a bit of this daftness in Toyota's range would be welcome.

It would give those poor engineers something to do, too.