Gumball 3000: what on Earth does it mean? | Top Gear
Advertisement
Adventures 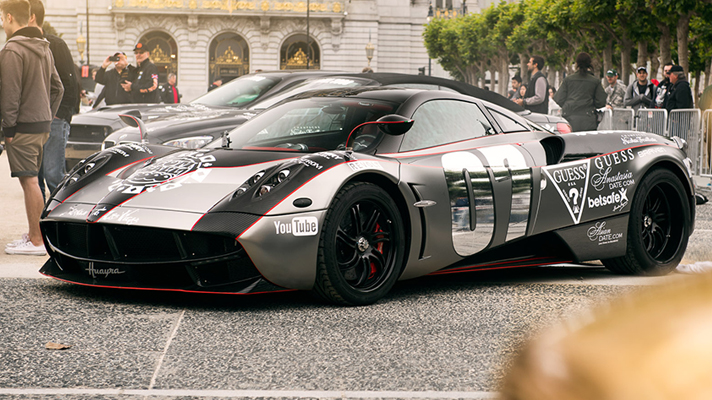 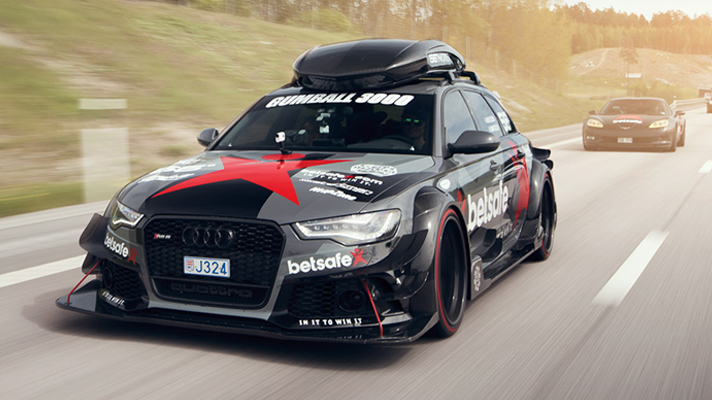 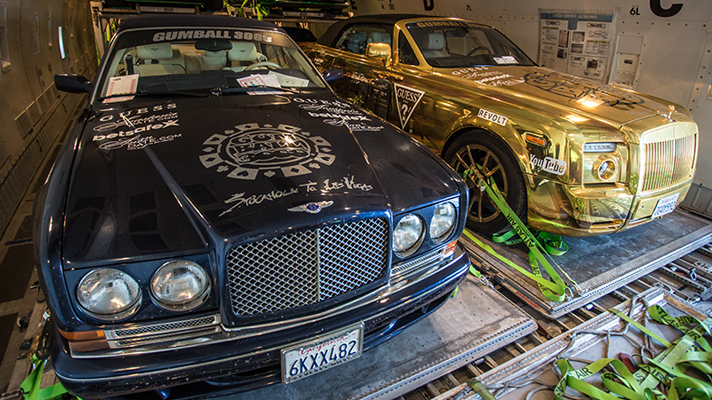 "My intention by day three is to have taken everybody out of their comfort zone," Maximillion Cooper, the founder of the Gumball, explains to me.

"I want to make people stressed and unhappy. If they don't get to that stage, they'll never remember it - it'd be too easy."

Welcome to the Gumball: a road rally like no other, where people pay anything between £45,000 to £100,000 in order to pilot 130 supercars from Europe to America over eight days.

"The aim is to give people a week they're never going to forget," explains Max.

This year, Top Gear joined in a pack of Dodge Vipers to take part in the Gumball 3000, a route that took us from Stockholm to Las Vegas via social, emotional and physical leveling achieved in various ways; you're bombarded with decadence, force-fed parties, deprived of sleep and constantly in a weird logistical hinterland between controlled chaos and disorganisation. Oh, and in between there's some driving, too.

Why, then, take it on? To work out what on earth the point of the whole thing is.

After all, it's fair to say the public perception of the Gumball has been mixed since the rally's inception in 1999, in part, thanks to things like the many crashes, the outrageous excess and notorious parties, even rumours of 242mph speeding tickets.

TG on the Gumball: the first leg

On the other hand, it's a global production that's been running for 17 years, had over five thousand participants and morphed into a multi-million pound global phenomenon.

So I entered with a complete non-partisan, go-with-the-flow attitude, in order to experience the real Gumball, to be swept away by its undercurrent and see where I'd wash up. If it happened to be at the finish line in Vegas, all the better...

The first thing I quickly found out is that the magic of the Gumball is its ability to put a knife through a cultural layer cake.

In fact, even getting on to the thing is a marvel in itself. With those ticket prices, the rally still attracted more than 1000 applicants a week at peak time, with only 50 new places opening up each year.

So at this point you're probably expecting me to tell you that these one-percenters are all colossal, fat bank-accounted, flamboyant, self-obsessed arses, right? Quite possibly to your surprise, I'm glad to say they're not.

Most people I met on the Gumball were incredibly approachable and pleasant. Sure, everyone is uniformed in Gumball-branded swag, but all end up equally confused and eventually break down. This forces people to open up, allowing you to scratch a bit deeper than their diamanté-encrusted surface.

And they all have different driving habits, too. There are the guys who leave first thing in the morning. Guys who like driving fast, have a racing mentality and must be the first to each checkpoint. They also spend the most time on the hard shoulder hemorrhaging cash to the local constabulary.

Then there are people who squad up and travel in convoy at a faster-than-normal but not crazy pace.

TG on the Gumball: the second leg

And then there's everyone else taking it easy. Oh, and the DeLorean - which is always a long way off the coveted 88mph.

Speed - and the Gumball's notoriety for it - is interesting. On the first rally, where Max invited 50 of his closest friends on a 3,000-mile journey from London to Rimini, Italy and back, there wasn't a single speeding ticket.

"Nobody even thought about speeding because it wasn't like that, it was just a driving adventure with friends," Max said.

Then in the third year, a Ferrari F355 Spider doing 150mph cartwheeled spectacularly off the road - amazingly, not killing or seriously injuring driver or passenger - and was later aired on the Ruby Wax Show, attracting a very different sort of crowd.

"People thought, ‘this must be the craziest, wildest thing ever'," Max admits. "It tripped people's thinking into an event where you have to drive crazy, so I had four or five years where a lot of new people entering the rally thought they had to drive ridiculously fast."

Things would have had to calm down though. With a growing family audience and internet-happy content fertilized by the influential social media accounts of those involved, there's a reputation to uphold.

After all, you have to be careful when the potential to watch sketchy YouTube videos of rich-folk in million-dollar supercars crashing in a field is never too far away.

Then there's the thorny issue of booze. With alcohol being readily available and driving the next day, it's easy for there to be concerns. But drivers are all breathalysed before exiting for a stage. Do people fail? Yes. But then a replacement sober driver is strapped in the front seat.

The future of the Gumball

Away from this however - and fundamentally - Gumball is a business. Sure, for the people involved, it's escapism. But the rally's humble roots have sprouted into an empire that's turned into a full-on lifestyle brand.

Where does this leave the rally itself? Well, it's now the brand's USP and show pony. Even though it costs $12 million dollars to put on, it doesn't need to be profitable. It's one, eight-day long, 150-car billboard.

A celebrity-filled billboard, too, with such luminaries as Lewis Hamilton, DeadMau5 and Tommy Lee parading around in denim jackets with more sponsor badges sewn on than a cub scout's sleeve. It's a week of Instagram-loved low-cost advertising.

So where does it go from here? Well, next year's route is a European-only affair, heading from Dublin to Istanbul. Something that Karta Healey - son of the founder of Kettle Chips, the only person aside from Max who has done every rally and sacrificed a knee replacement, finger and two toes in the process - finds promising.

"This year with the long, smooth roads you felt like you were on Autopilot," Karta admits. "Personally, I think we should go somewhere new - South America maybe. But I'll be there next year, for sure."

Would I do it again? Hell, yeah. That may sound odd considering the tumultuous emotional and physical rollercoaster that I experienced. But, as I found out, that's engineered into it.

I've come back being unable to stop talking about the good times, the utter surrealism of the whole event and the impressive, gold-lined business cards now slotted in my Filofax.

Is it dangerous? I wouldn't say so. You're not made to do anything you don't want to, and you can take everything at your own pace. Some people don't go to parties, others do nothing else. But to fully embrace it, it's about finding a balance.

It's odd. In the Gumball you're captured by a tortuous process that gives you access to indulge endlessly within unreal experiences and yet you complain, sometimes scream, and even want it to end. When you're back in reality, however, all you want is more.

A psychiatrist would say I've got Stockholm syndrome. Which is quite fitting, considering that's where this year's rally started.