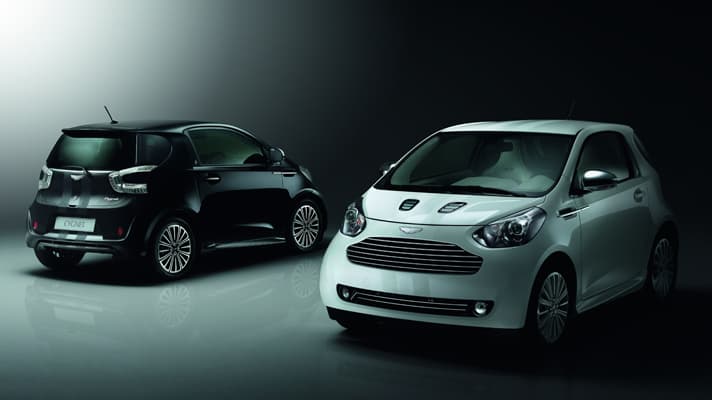 You will probably be familiar with the Aston Martin Cygnet. It is based on the iQ and, says AM, is a ‘bespoke luxury commuter car'.

To mark the official launch of the Aston iQ - sorry, ‘Cygnet' - Aston has announced two limited editions: White and Black.

For your rather significant outlay, you also get a bespoke Bill Amberg five-piece luggage set especially fitted for the Cygnet.

So they've handily trimmed the interior to make it not-a-Toyota, but those hoping for something more V8-shaped under the bonnet will be disappointed. The Cygnet gets the 97bhp 1.33 VVTI petrol engine, capable of 0-62mph in 11.6 seconds (with MultriDrive) and a heady top speed of 106mph.

Still, the Cygnet does have two very important existential reasons. One, it emits just 116g/km of CO2 with the six-speed manual box, meaning if they shift enough of them - now available to the great unwashed and not just to Aston owners - the company's fleet emissions will be significantly reduced.

Aston Martin One-77 hits the 'Ring

Secondly, it will sell. Lots of sales makes Aston lots of money, and Aston with lots of money means more V12-powered righteousness.