The 2023 Dakar route has to be one of the toughest

Where will the 2023 Dakar Rally run? From one side of Saudi Arabia to the other, across an entire desert

ADVERTISEMENT FEATURE by Audi
What is an advertisement feature?
Skip 1 photos in the image carousel and continue reading 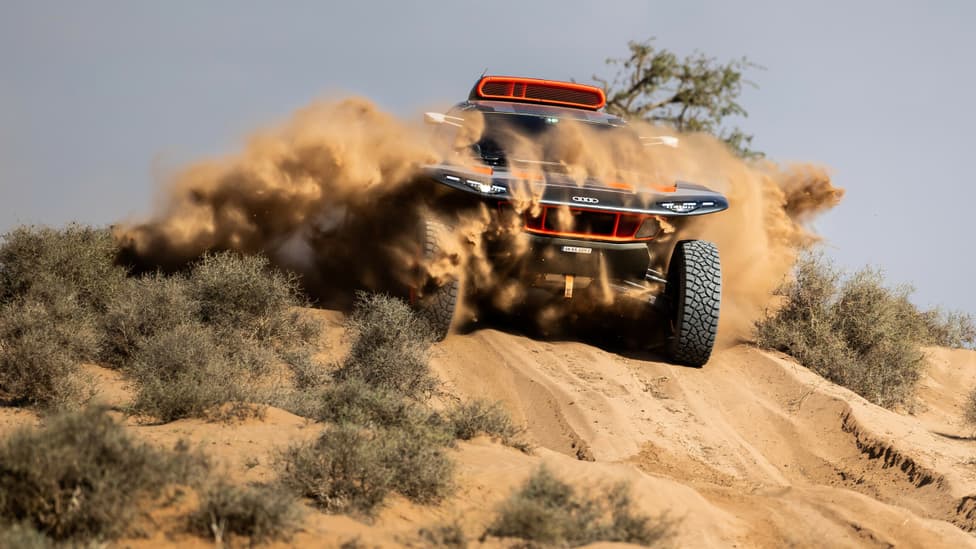 The path of least resistance really isn’t a phrase you’d ever associate with the Dakar Rally.

From its early days running through the Sahara to Senegal, a solid decade assailing the Atacama, and now taking on the arid wilderness of the Arabian Desert, the world’s most-famous rally raid has always been a case of survive first, succeed second.

For drivers, navigators and their teams, the elements are the first, foremost and fiercest opposition. And that includes for Stephane Peterhansel.

From its start by the shores of the Red Sea, across the width of Saudi Arabia, to the finish line in Dammam on the Persian Gulf, the 2023 Dakar Rally route will take mankind and their machines to the absolute limit in some of the harshest terrain on the planet.

But then that’s rather what you’d expect when you attempt to race across 900,000 square miles of mostly desolate desert, an expanse so massive that it covers 95 per cent of Saudi Arabia and extends beyond its borders to (deep breath now) Iraq, Jordan, Qatar, Oman, Yemen, Egypt and the United Arab Emirates. Oh, and if you’re struggling to picture how much 900,000 square miles actually covers, there’s a simple way to get your head around it: imagine the size of the entire United Kingdom. Now multiply that by 10. 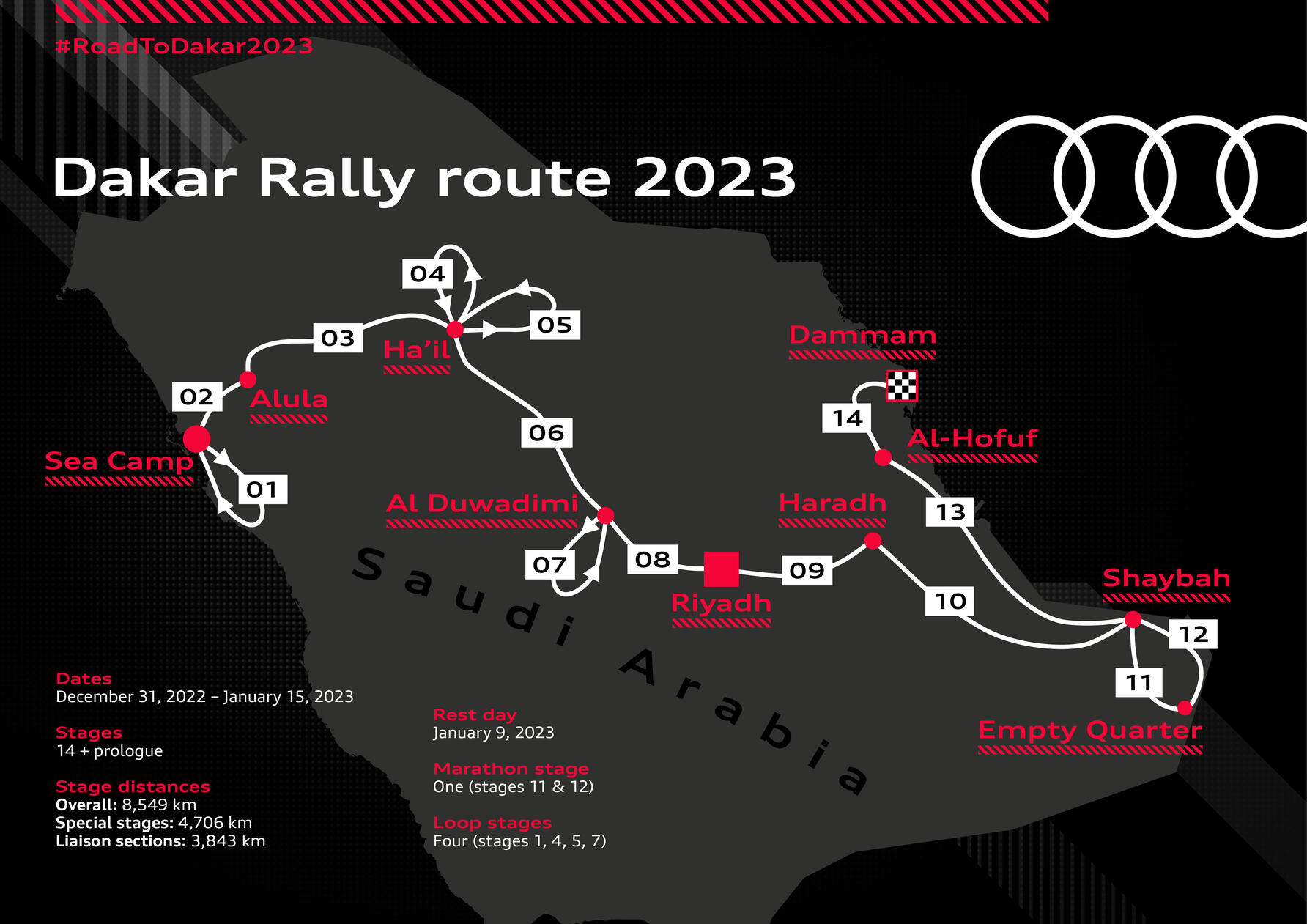 Perhaps understandably, given of the Arabian Desert’s size and general hostility to wimpy ideas like ‘sustaining life’, the locals even named one especially inhospitable corner the Rub’ al-Khali, or Empty Quarter. It is, quite literally, a sea of sand; according to NASA, who observed it from orbit, it’s the “world’s largest sand sea... roughly the size of France” and home to “half as much sand as the entire Sahara”. And if you’re familiar with the kind of people who organise and attempt Dakar Rally raids, that’s the kind of drawcard that insists they up the ante.

So it’s hardly surprising to find that three out of the 14 stages of the 2023 Rally will see competitors “journey through [an] ocean of dunes in the Empty Quarter,” according to Dakar’s organisers. But first, drivers and riders will have to negotiate Saudi Arabia’s mountainous north-west, an area that – a few inviting Wadis aside – looks about as gentle as a gut punch from a heavyweight boxer and drier than a mouthful of crackers. Except, of course, when it snows, which it often does in the Tabuk region. And yes, we are struggling to contain ourselves at the prospect of the Dakar Rally in foot-deep snow.

But then given its length, you’d almost be surprised to not encounter every type of weather the world can serve up. The 2023 Dakar Rally route is the longest since 2014, which earned the dubious accolade of being one of ‘the toughest in Dakar history’. And, with more than 3,000 miles of special stages – and a marathon stage in the Empty Quarter – we’re wondering if the 2023 Rally isn’t trying to top that. And after more than 40 years trying, the world’s toughest race might have finally found the path of most resistance. Then again, as Dakar’s event director David Castera said at the time, “If everybody finished the race, it wouldn't be the Dakar.”