ADVERTISEMENT FEATURE by Audi
What is an advertisement feature?
Skip 9 photos in the image carousel and continue reading 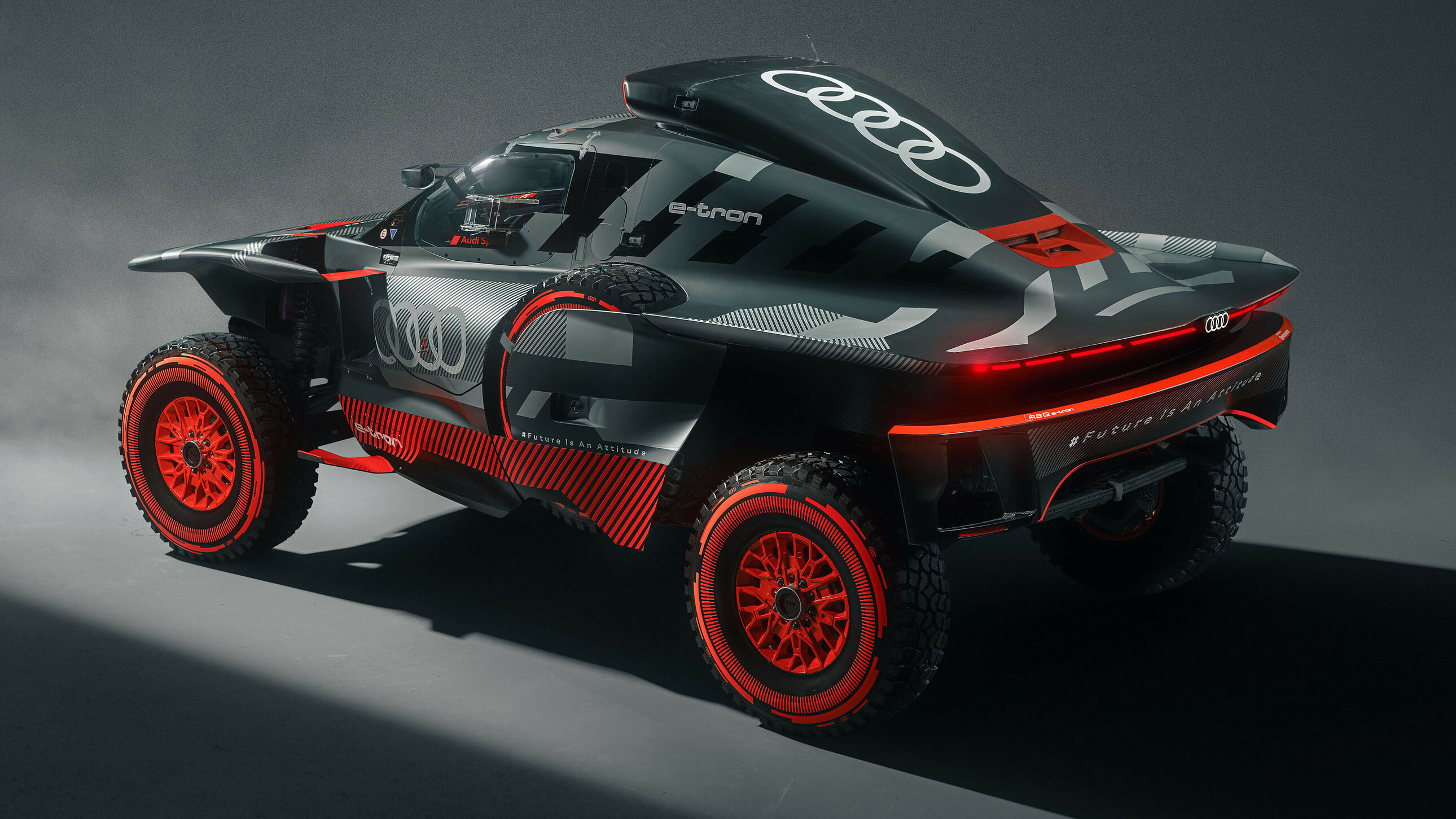 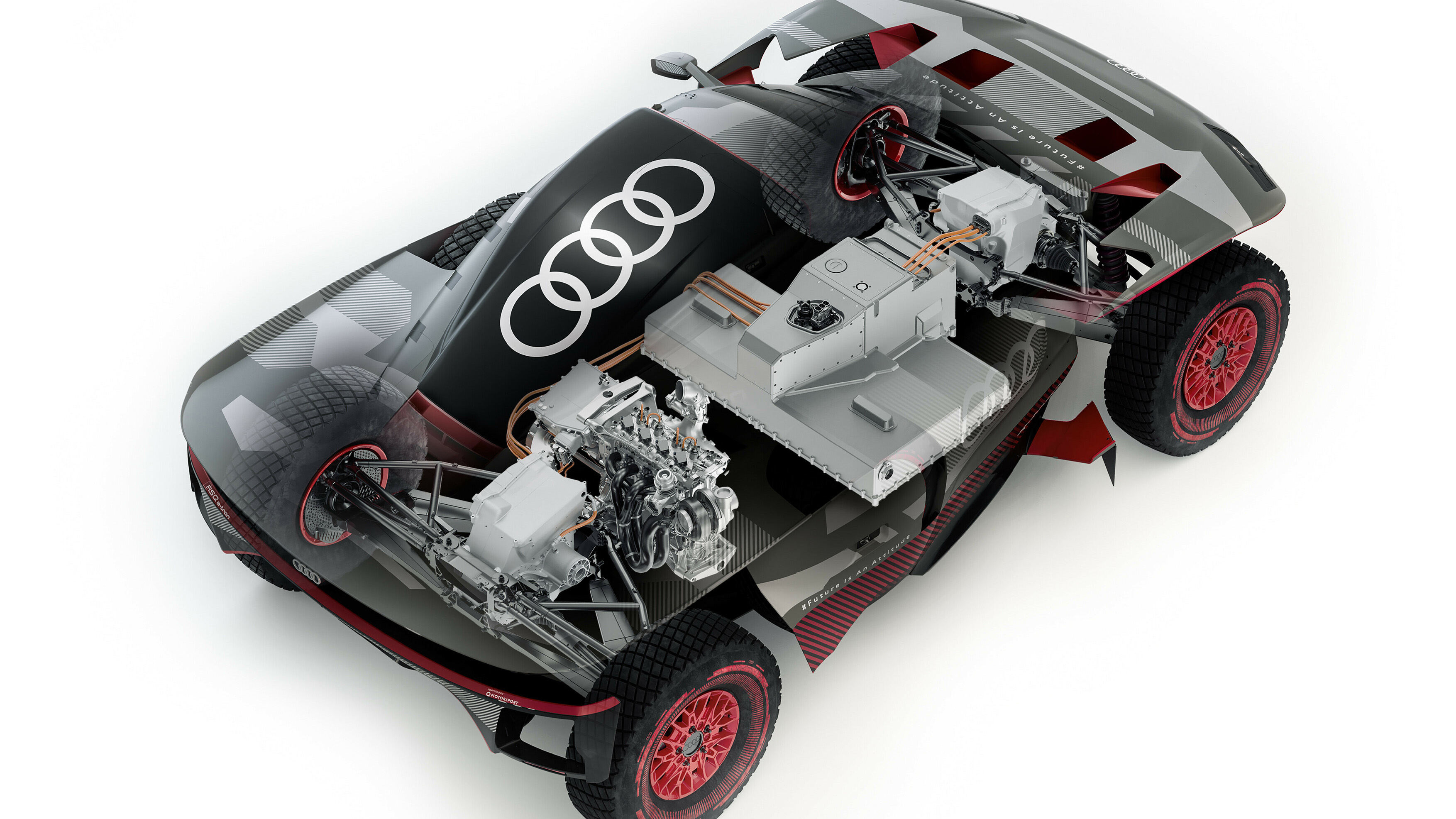 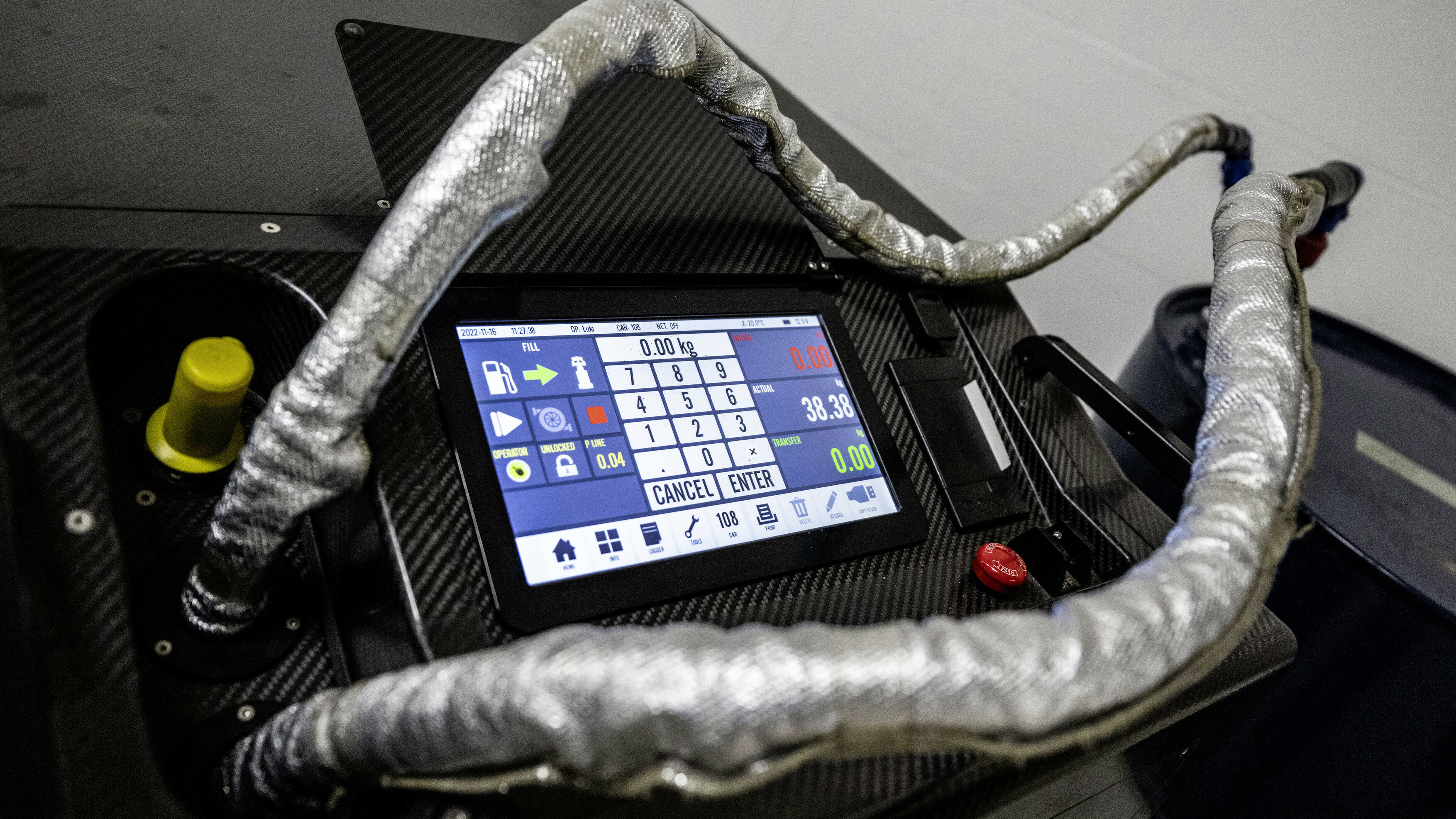 Well, there’s a question and a half. Strap your brain in for this one, as you’ll need it.

Right you are, then. Let’s begin.

In its core, the RS Q e-tron is an electric car. Which is something of a boon for Audi, given that it’s just spent seven years in Formula E. So it’s safe to say any kinks in its electric drivetrains have been worked out by now.

Not that they really seemed to need much finessing – Lucas di Grassi won the first Formula E race in 2014 for Audi Sport ABT, after all, and claimed a driver’s title in 2017. The year after, the team would get its first Formula E title, and di Grassi would never finish outside the top three in the championship.

So it’s safe to say the electric motors on each axle were battle-tested, even before the RS Q e-tron first set off into the Arabian Desert last year. And considering it claimed four stage wins in its maiden race and is being fabulously reliable this year, we’d have to say battle-proven, too.

Electric? They’re not exactly famous for range, are they?

Quite so. The RS Q e-tron has a 52kWh battery. So, even with a full charge, you can see how scything through soft sand dunes at race pace would be a fairly short-lived. Solving this conundrum is where a third motor comes into play.

Wait. Did you say DTM?

Yep. DTM moved to turbocharged four-cylinder engines in 2019, so it’s not the long-lived V8 you might have immediately thought of. It’s a 2.0-litre four-cylinder, hooked up to a Garrett turbo that can pump out a faintly absurd 51 PSI – more power than the V8 ever did: more than 600bhp in DTM.

Due to limits imposed by Dakar organisers, it’s making about half of that in the RS Q e-tron. But Dakar’s rules also limit the amount of power going to the wheels to a shade over 350bhp.

So there’s a DTM engine, charging a battery, that powers a pair of Formula E motors. And that car then drives in the hardest race in the world?

Correct. The rule of thumb when you’re out in the wilderness is that ‘simplicity saves’ – adding complexity is just adding ways that something can go wrong. And the RS Q e-tron is packed to the gunwales with the kind of engineering that encourages a career in the arts, just to never have your brain fried quite so comprehensively in the future.

Yet in 2022, after a drawing-to-Dakar development period of just 16 months, the three RS Q e-trons didn’t have a single issue with their drivetrains. The main issue was, in true Dakar tradition, something no one expected.

As team boss Sven Quandt told Top Gear at Dakar 2022, “I thought we could land this car on the moon, the suspension is so strong, and when I saw the pieces and how they were bent… I’d never seen anything like it before.”

OK, fair play. But, robust as it might be, does all this tech have a practical benefit?

Running an engine at its most efficient part of the rev range (between 4,500 and 6,000rpm) means getting the most power from each litre of fuel. So the RS Q e-tron can go the full race distance with less fuel, which means a smaller tank, less reliance on fuel trucks and so on. And it’s sustainable fuel, called reFuels, which will allow the Audi RS Q e-tron to save more than 60 percent carbon dioxide at the 2023 Dakar Rally.

The RS Q e-tron’s electric powertrain also has benefits in terms of driving. The instant-on torque at any speed, and strong regenerative braking, means drivers don’t have to constantly be thinking and planning where they need to be in the rev range to make it up a dune, or hold their speed steady down a rocky decline. Which there are a lot of in the Saudia Arabian desert. And when we say ‘strong regenerative braking’, we mean it – because Dakar limits the amount of power the motors can deliver, they can actually brake harder than they can accelerate.

But that’s not saying acceleration is slow – this is still an AWD electric car, which gets up to speed in a way you can only achieve with electric motors. On properly loose surfaces, with massive 37-inch tyres, and 2.1 tonnes of RS Q e-tron, the innovative prototype will still haul itself from a standstill to the far side of 60mph in just over four seconds. And that’s with about 350bhp going to the wheels, too. There’s more potential if it was allowed to be uncorked.

Dakar courses are increasingly about technical sections that test driver and navigator skill instead of hammer-down blasts across flat deserts, and top speeds are now limited to 105mph. So gathering pace quickly between slower sections means higher average speeds across the stage, even if the top speeds are the same as the purely combustion-powered cars.

Then there’s the kinds of things you don’t really think about. Because the front and rear motors are independent power sources, there’s no need for transfer cases, centre differentials or driveshafts running the length of the car. So there’s more clearance over the terrain, and less to break under the car if they do bottom out.