Because building a family car isn't as easy as assembling flatpack 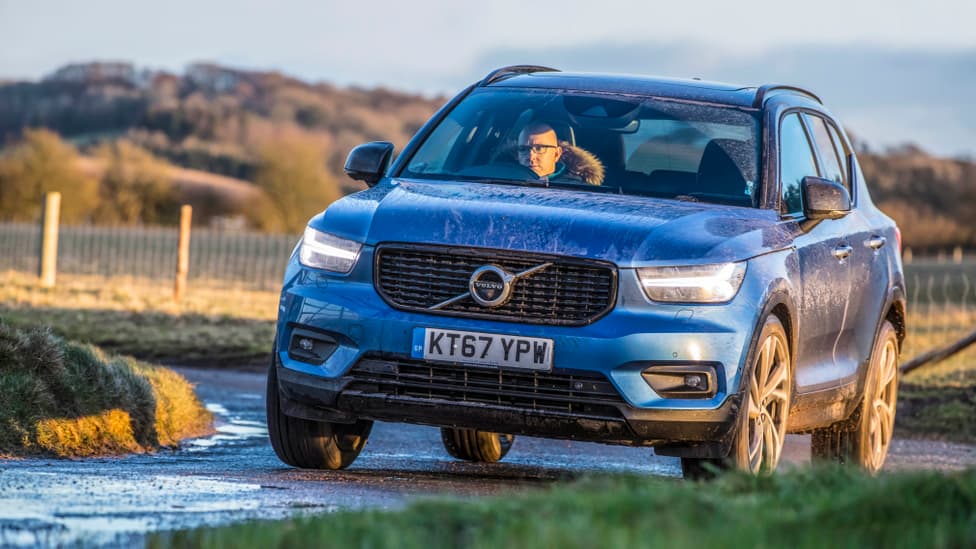 'Sensible SUV of the Year’ sounds like damning with faint praise really, doesn’t it? Mainly because ‘sensible’ isn’t a word people associate with being particularly cool. Sturdy shoes are ‘sensible’. An anorak is ‘sensible’. Having a pension, chewing thoroughly and avoiding fatty foods is sensible. But doughnuts are delicious, especially when eaten messily in two massive bites. If people’s first reaction to my new car was “That looks sensible,” I’d think they were having a pop. And yet, this is really down to how you define the word. Is the XC40 sensible because it’s arguably the best-looking of the small SUV crop (Jag E-Pace, Merc GLA, BMW X2 et al), with its stylish angles and funky glass? Is it sensible because there’s liberal use of two-tone paintjobs in the configurator that make it look even more interesting? I’d say not.

Is it sensible because it’s an all-new platform rather than just a fraternal chop-down of a larger car in the range, and therefore feels bespoke, rather than simply shrunken? That it recognises daily comfort over unnecessary sportiness – though it has to be said you can drive an XC40 with perfectly appropriate vim if you so wish?

Does sensible feel less useful when you’re inside a cabin that features all the big-car toys (TFT and full-size centre touchscreen) as well as mundane but pleasingly thoughtful touches like door pockets that can swallow a laptop, gorge-like armrest bins (one of which you can remove to act as an actual bin), configurable bootfloor and curry hook? Is sensible somehow less worthy when you get decent levels of kit, 18-inch alloys and LED headlights as standard? Nope. It certainly feels sensible when you realise someone at Volvo figured out a place to store the parcel shelf under the bootfloor when you’ve got the seats folded flat for carrying duties, but it’s the quiet satisfaction that endures. Details matter. Details are sensible.

There are other things that mark the XC40 out as being sensible, too. This is purportedly the safest vehicle of its type, hitting bullseyes in Euro NCAP safety ratings across the board, and coming equipped with too many safety systems to reasonably mention. Which means you won’t appreciate how sensible you’ve been until you really need it. Sensible certainly feels like the right choice when you realise you’ve bought something distinctive, capable and roomy, in decent materials for a competitive price.

What the XC40 is, in fact, is a small SUV that feels like the product of a confident company, not an arrogant one. A considered, thoughtful, effective machine, not a niche-filling bandwagon jump. It doesn’t pretend to be something that it’s not, or trade on a brand identity forged in another sector altogether. This is not just a fashionable idea, but a good one.

Which means that the only conclusion that makes any kind of sense is that the XC40 isn’t sensible because it’s practical – although it is – or just one of those cars you appreciate in vague terms for being boring-but-useful. It’s sensible because it is excellent. The sensible choice is the best vehicle in the class.

And if you want a small SUV, the XC40 is what you need.