My Life in Cars: Dougie Lampkin

The trials bike legend on his two- and four-wheeled transport 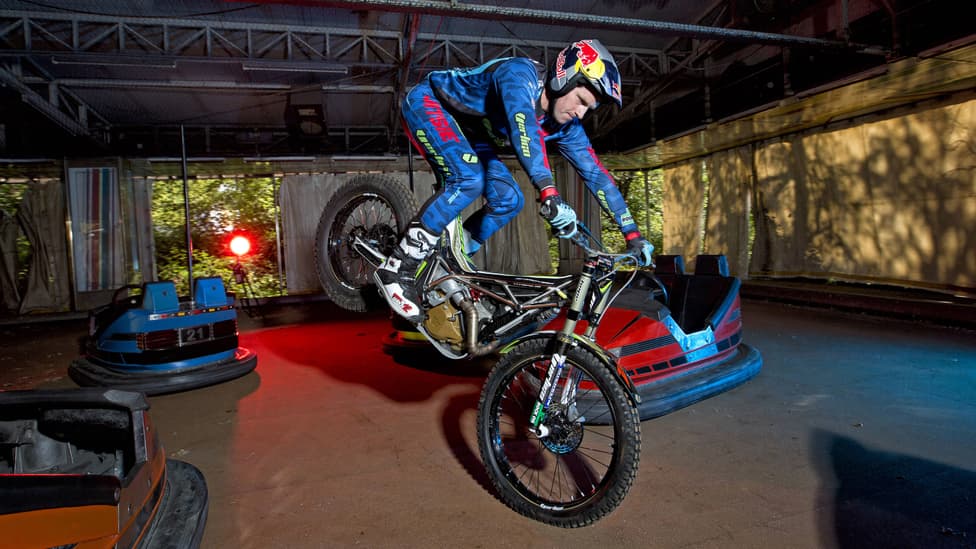 I was pretty much born on a bike. My father was World Motorcycle Trials Champion in 1975 and I was born in ’76. When my mother announced that she was pregnant, the company that my dad rode for at the time (Bultaco) gifted me a motorbike. The bike actually arrived before I did.

I rode for the first time when I was around three and my first competition was when I was nine. I started off on a little automatic – not actually the one I was given because that one was a little too big. I won that first competition, but throughout my schoolboy years I didn’t really have any major success. I didn’t win many championships in my youth, but when I was 17 I rode in the European Championship and won that. That got me factory bikes and better equipment. 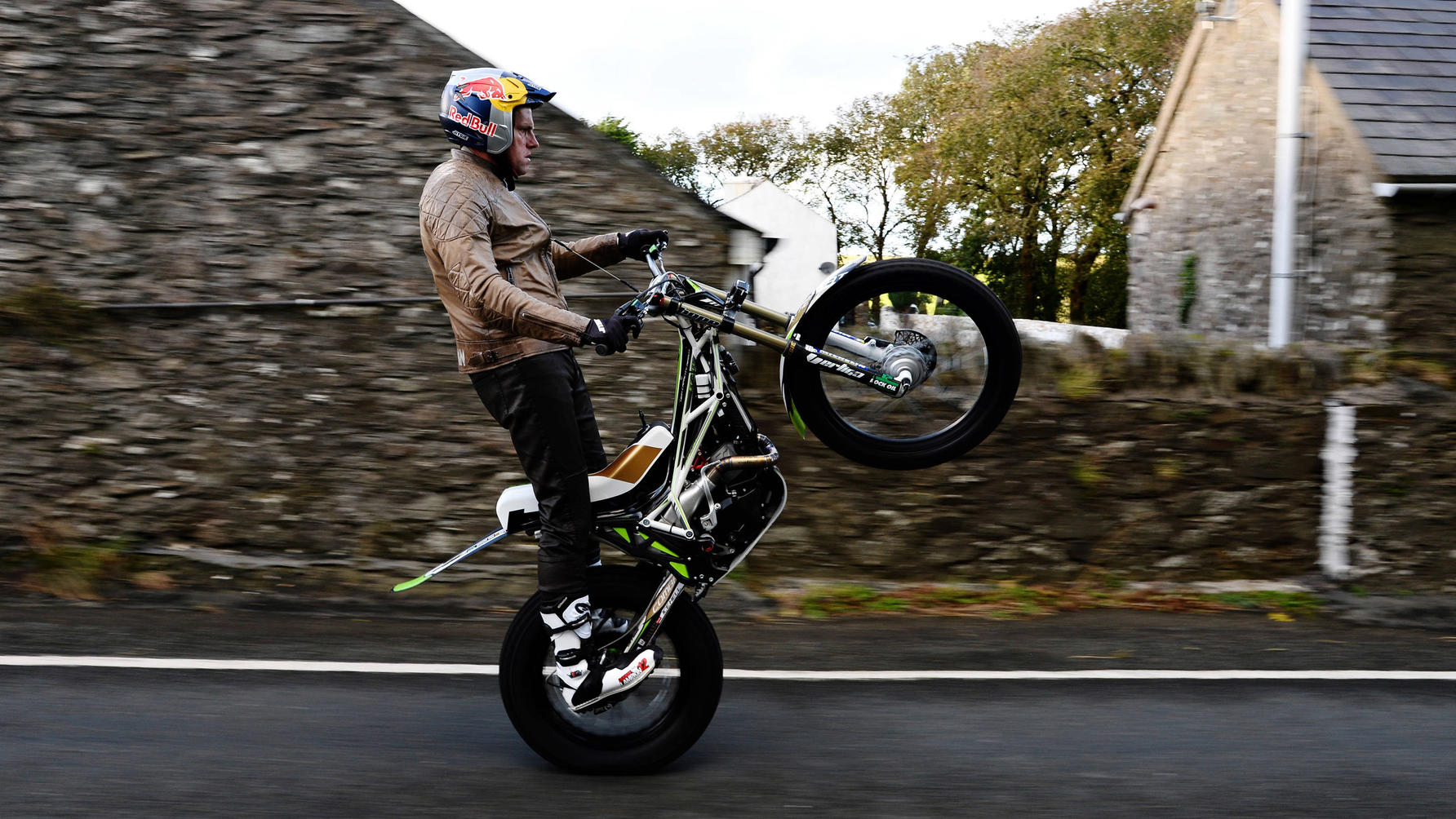 I was big into cars as a kid too. My family have a problem – well, I don’t call it a problem, but some people might do. My Uncle Arthur was a scrambles rider back in the 1960s and there was a rumour that he had around 16 cars in two years. He did get carried away. I always loved cars and so did my father – he had some ‘proper’ cars as he’d call them.

I learnt to drive in a long wheelbase Ford Transit van, because obviously I needed it for the bikes. That made me very popular with friends because I could drive them all around.

Around the time when I started driving my father was dealing a few cars with a friend. I went to buy a Ford Fiesta RS Turbo that was at an auction, but I came home with a Toyota Celica for myself. That was the absolute bee's knees as a first car. Just to trump me though, the lad who beat me in the World Championship that year bought a Celica GT-Four.

After that I was riding in an Indoor World Championship event in Monaco and I spotted this BMW. I thought ‘oh that’s a funny-looking thing I quite like that’. Turned out it was the new Z3 and when I got home, I bought one in the same colour. I had to pay over list for it so I must have really wanted it as a Yorkshireman.

After the Z3 I had a BMW M3, and then there’s a little story about my next car when I was en route to my seventh World Championship. It was a lot closer that year, a Japanese rider called Takahisa Fujinami had caught me up a fair bit. I was looking at cars and I was desperate for a 996 Porsche 911 Turbo. I was looking at one and mulling it over, so my dad said “if you win this year, buy it for yourself as a treat”. I did win and did then buy a 2002 996 Turbo.

That was amazing. I was living on the Isle of Man at that time so with no speed limits on the roads you could pretend that you were a really good driver over the mountain. It was a great time to own that car.

Then my wife was expecting our first child, so out went the Porsche and in came the Range Rover Sport. That was a bit of a contrast. We’ve had a few Range Rovers since then.

My daily driver at the moment is a BMW M4, and my crème de la crème car which is hiding away in the garage is a 2018 Porsche 911 GT3 RS. That never really comes out.

My father passed away four and a half years ago and he gifted me his Mk1 Austin Healey, so that’s pride of place in the garage at the moment. It’s lovely. Then I’ve also got an Austin Seven Ruby from 1934. That’s not something you were expecting me to say is it? I’m not really sure why I’ve got it but I’ve always liked them so I bought one. It’s absolutely original, the paint’s blistering and everything – it’s perfect. I have quite a nice classic bike collection as well and I don’t like anything polished. I just like original bits and a nice patina.

The classic bike collection has been going on for a number of years. They’re not bikes that most people would recognise – they’re mainly off-road British bikes. I’ve got BSAs, Ariel 500s – a little bit of everything. I’ve got a Velocette and a couple of Nortons. Just stuff that I really enjoy. My daily rider is a CCM Spitfire. That’s a café racer bike that I built in Bolton. It’s got a nice British heritage and I’ve known the family for a long time.

There are things I’d never sell. Obviously, my father’s car – that’s for life that one. There are a few bikes too – I own a 1923 Douglas 3.5bhp which is actually what I’m named after. My dad had just bought that bike a year or two before I was born. That’s something nice to have and something that I’ll always keep. 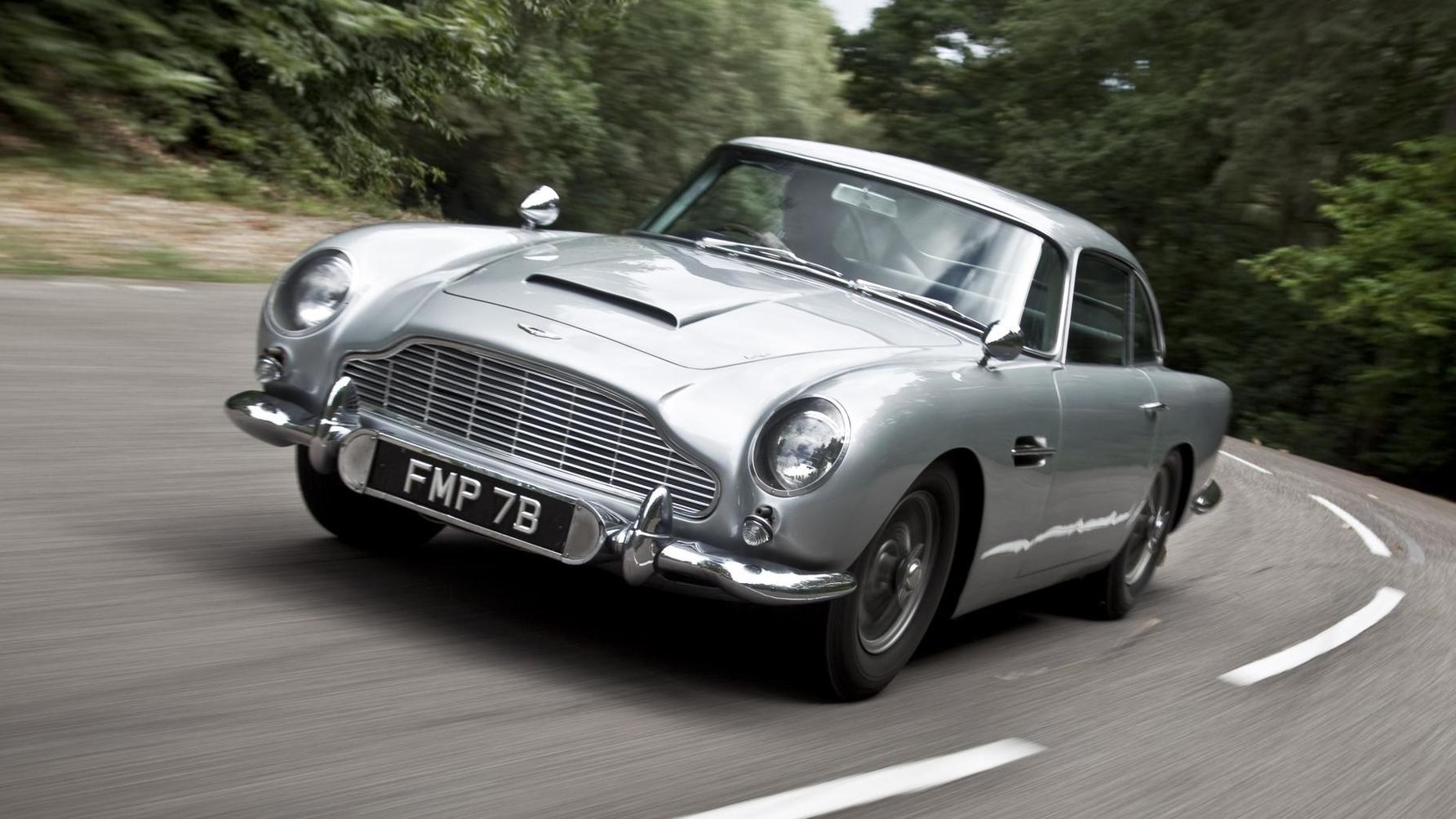 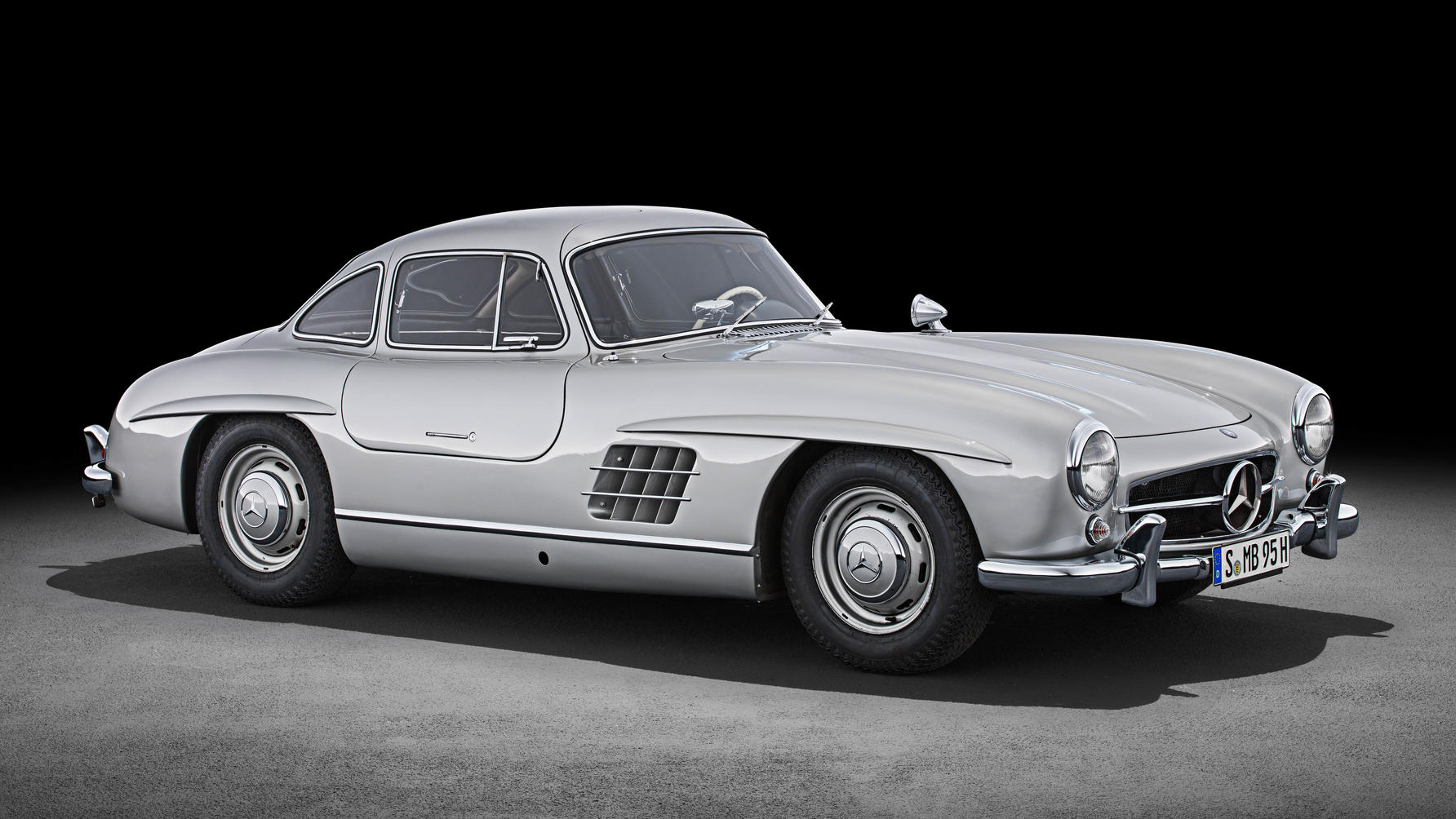 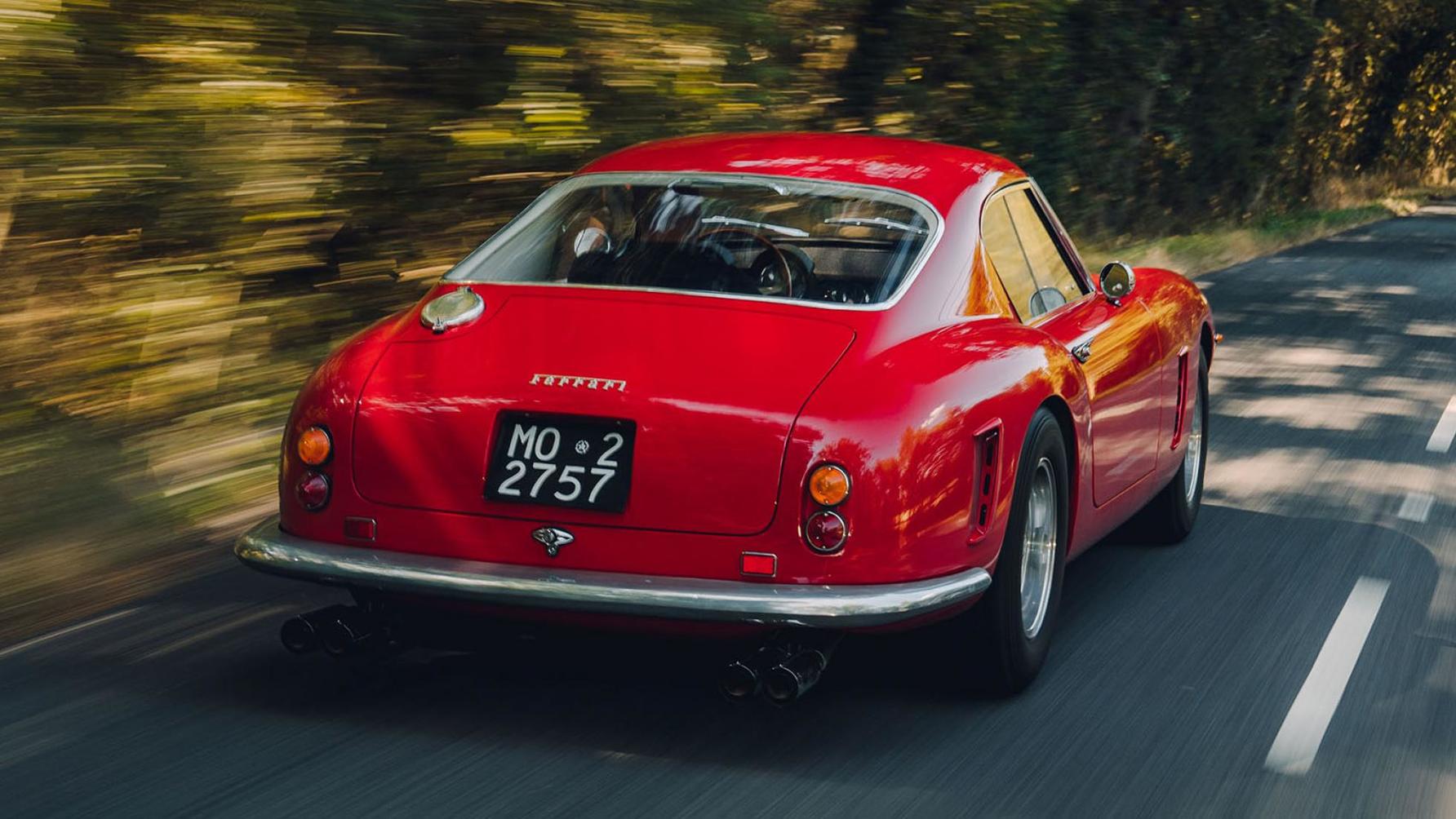 To read more about Dougie’s accomplishments, head to Red Bull’s ‘20 years of Dougie Lampkin’ by clicking these blue words.