From the archives: BMW M3 GTS vs the Grossglockner Pass

A throwback to 2010, when we took the ultimate M3 to an awesome mountain pass

Animals and cars don’t mix. Muntjacs – a doe-eyed but truly devious deer – have a habit of wandering into the roads round my way, and you really don’t want to collect one of those at 70mph. Here, 7,500ft up the Austrian Alps on the infamous Grossglockner Pass, the warning signs feature something apparently cuddlier: the marmot. Technically, the marmot is a squirrel, though it looks like the gopher that terrorised Bill Murray in the comedy classic Caddyshack. Hitting a marmot in an M3 GTS would be no laughing matter. 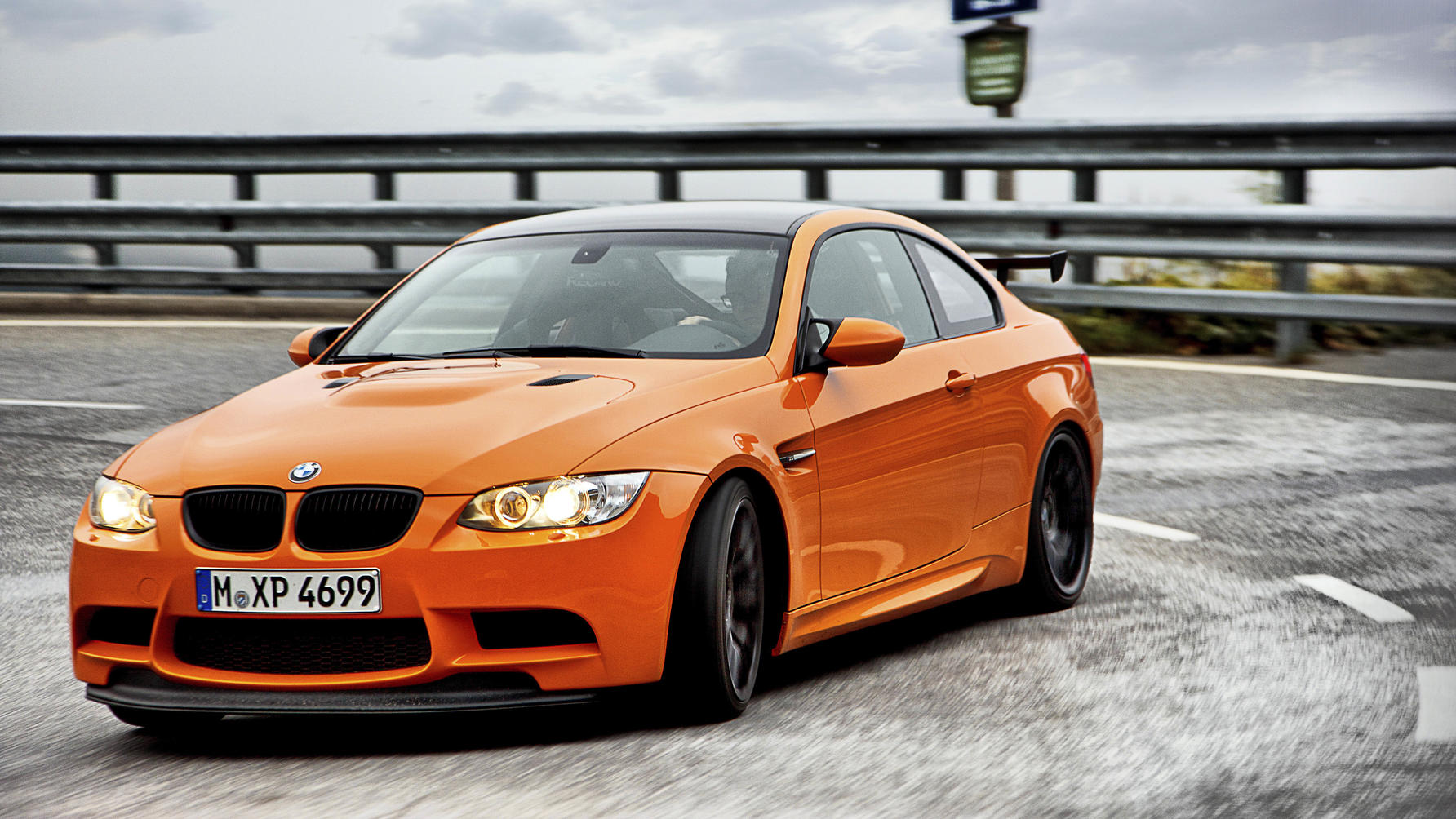 But this car has a bigger wildlife problem, and it's the elephant in the room. So let's get it out of the way now. By the time George Osborne's 20 per cent VAT hike kicks in next January, an M3 GTS will set you back approximately £120,000. This isn't just a stupendous sum of money, it's almost a joke. It's also the most expensive BMW by some distance, unless you go crackers and specify your V12 760Li with diamond-encrusted cup-holders. This is some achievement, given that the GTS is a tricked-up M3 which, when all's said and done, is still a 3 Series. So £120k is crazy talk, surely? Um, not necessarily.

There are three reasons for this. For a kick-off, BMW is planning to build just 126 M3 GTSs, a mere eight of which are expected to make their way into private UK hands. A gold-plated future classic, then. Secondly, they're all sold, so the money debate is largely academic unless you fancy a rage against the machine on some dodgy web forum. Finally, I've driven it. And it's so astoundingly good and does its stuff in such a barnstormingly unique way, it's - whisper it - almost worth the money.

As is a day on the Grossglockner Pass. It's not free, you see. It costs 28 euros, which is a bit steep for a public road. Do it, though. Like its more famous German cousin, the Nordschleife, the Grossglockner is an unforgettable experience. 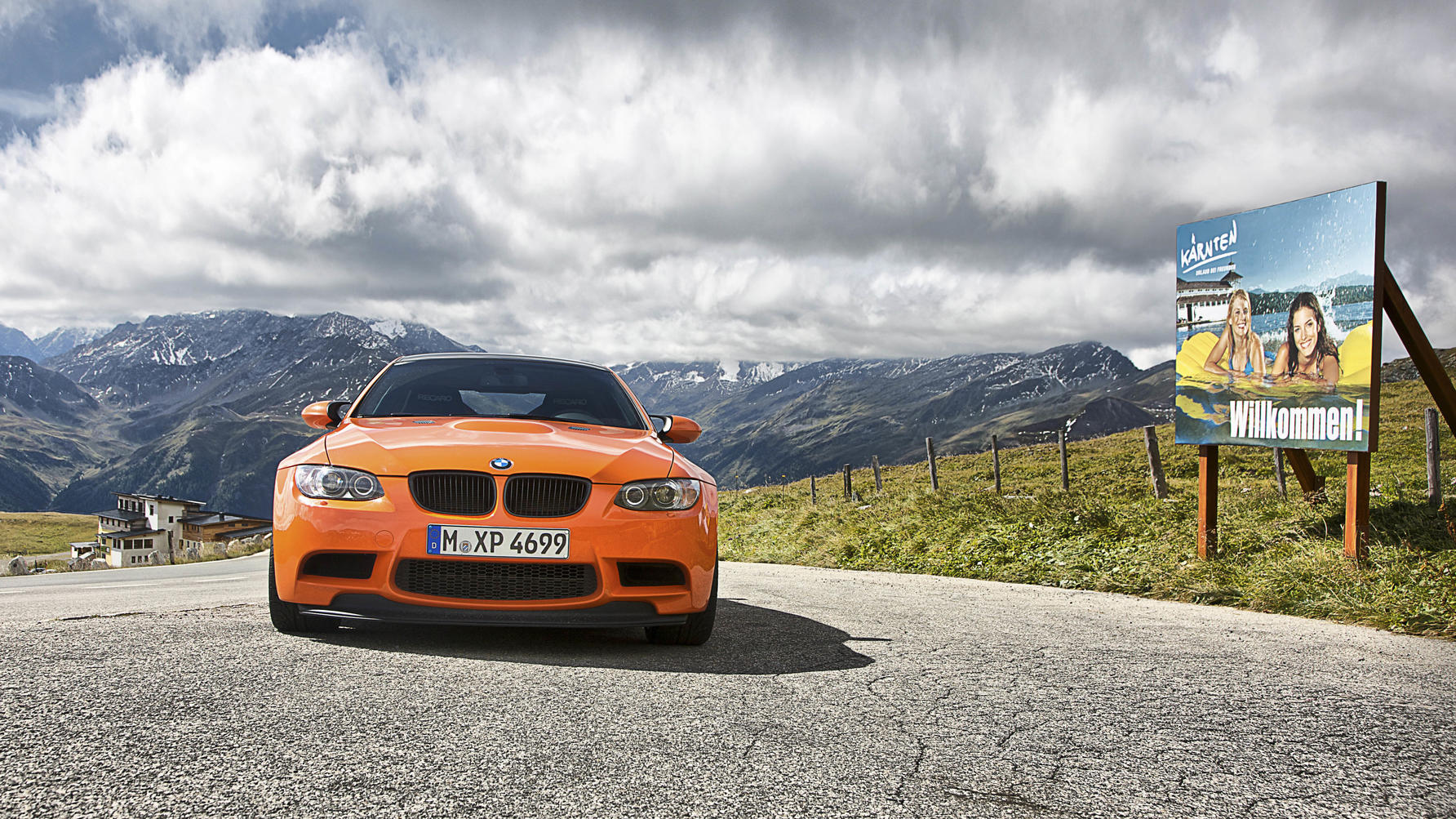 I should stress that it's absolutely not a circuit, and rather than a load of modified hot hatches and old German saloons driven by men with Euro-hair, you'll be keeping company with lumbering RVs and cyclists with legs that look like condoms stuffed with walnuts. But get there early, like we did (it opens at 5am, June to September) and you'll almost certainly have the place to yourself. It's 30 miles long, mostly incredibly well-surfaced, and unspools through the breathtaking mountain scenery like a wayward piece of spaghetti. Even a boggo Ford Focus hire car would be fun up here.

What you really want, though, is an M3 GTS. Sorry about that. This is a very, very special motor car. Just to give you some context, my two favourite hi-po road cars are the Ferrari 430 Scuderia and the Porsche 911 GT3 (2006, 997-vintage). I love the fact that you can hear the stones ping off their undersides as you fling them from corner to corner, that they have engines that punish valves, pistons and cylinders mercilessly in pursuit of pure revs, and that the people who made them were given carte blanche to rip as much weight as they dare out of them. The Scud has the best paddle-shift semi-auto 'box of them all; the 911 GT3, supernatural traction.

Well, you can talk about the M3 GTS in the same breath as these two - something I didn't expect. Powertrain, chassis, interactivity, noise, emotion: it's right up there, believe me. Turning a 3 Series into a Ferrari 430 Scud rival: it's some transformation. Yet that's what they've managed.

We arrive into an overcast Munich afternoon, and make our way to a nondescript BMW facility in an industrial estate 20 miles south of Bavaria's capital. There's no fuss or formality when we turn up, but as Top Gear is the first media to get a proper steer in the GTS, and though the BMW people greet us warmly, it's clear that damaging this thing is not an option. Grossglockner, they say. No problem. It's not snowing. Yet. You kill the car, we kill you... Sorry, did you say you wanted milk in your coffee?

And then there it is, sitting by itself in a hangar, separated from its lesser brethren in case the presence of a diesel engine offend it. Looks tough. Black lightweight alloys. Adjustable rear spoiler, nicked off the WTCC BMs. New cooling ducts and a front splitter that can be extended by 30mm for extra downforce. Orange paint job. To my eyes, it's not as resolved as the car it most resembles conceptually, the E46 M3 CSL, and for the money maybe they could have pumped the bodywork a bit. But still. It'll, you know, do. 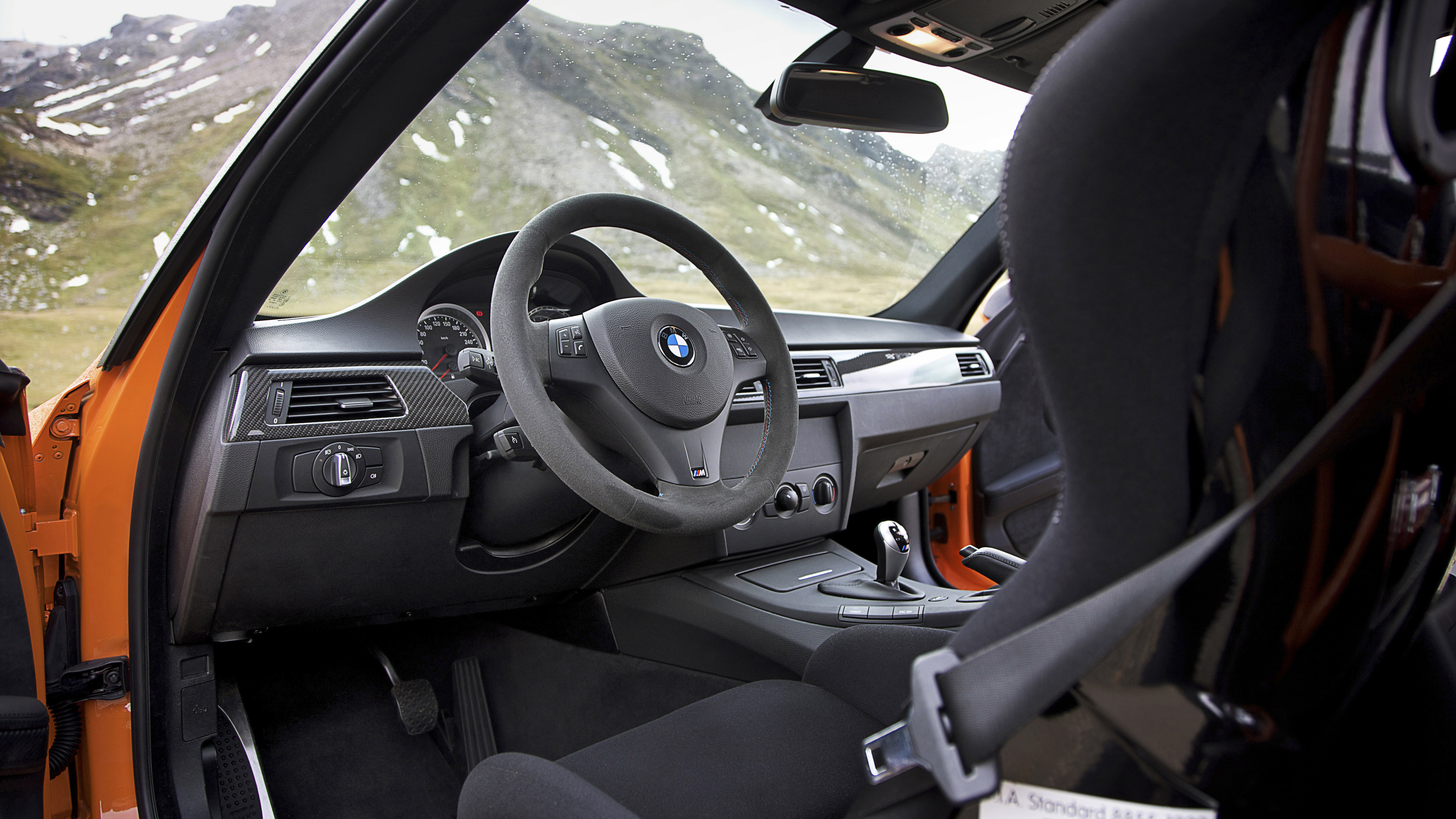 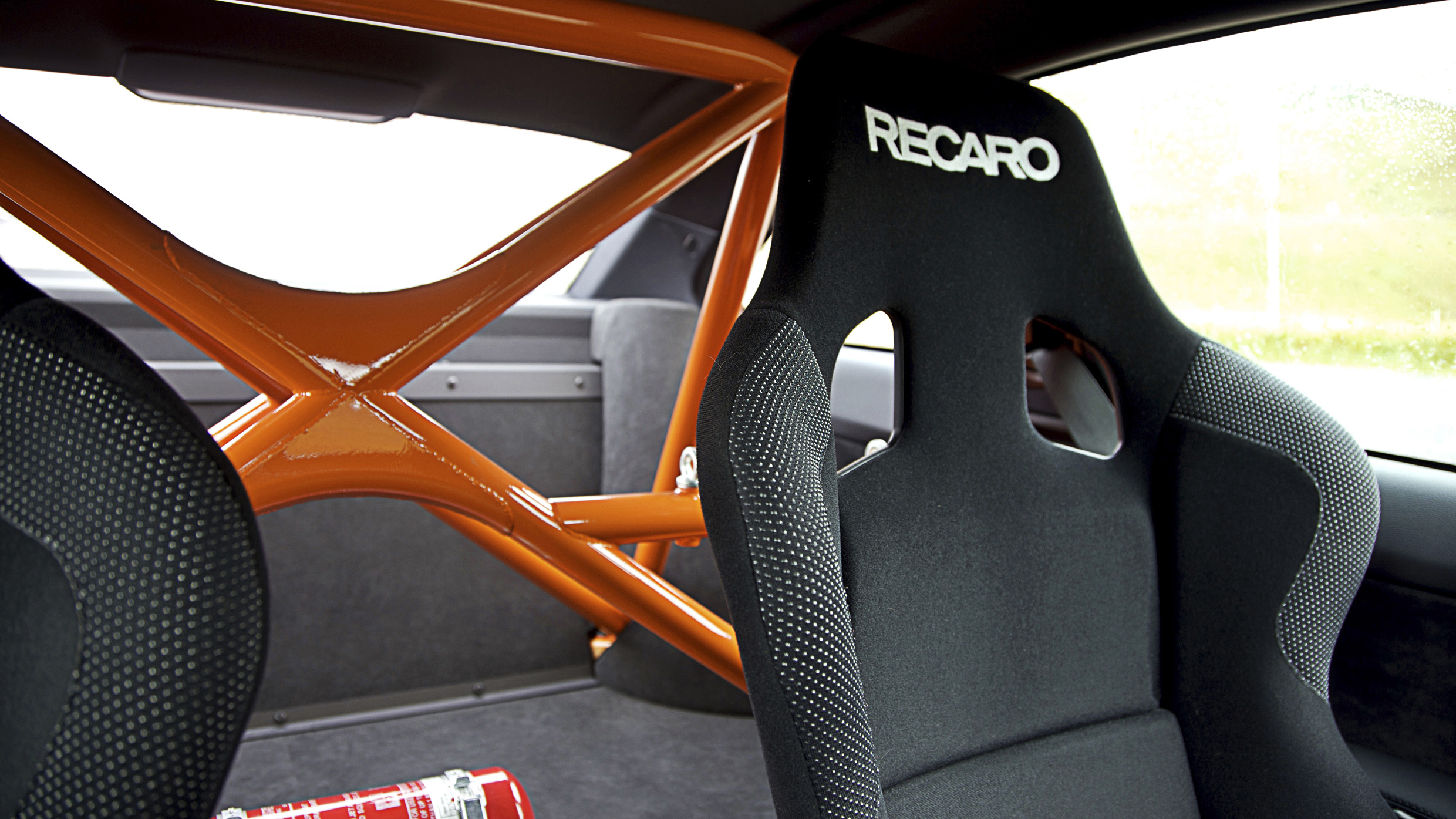 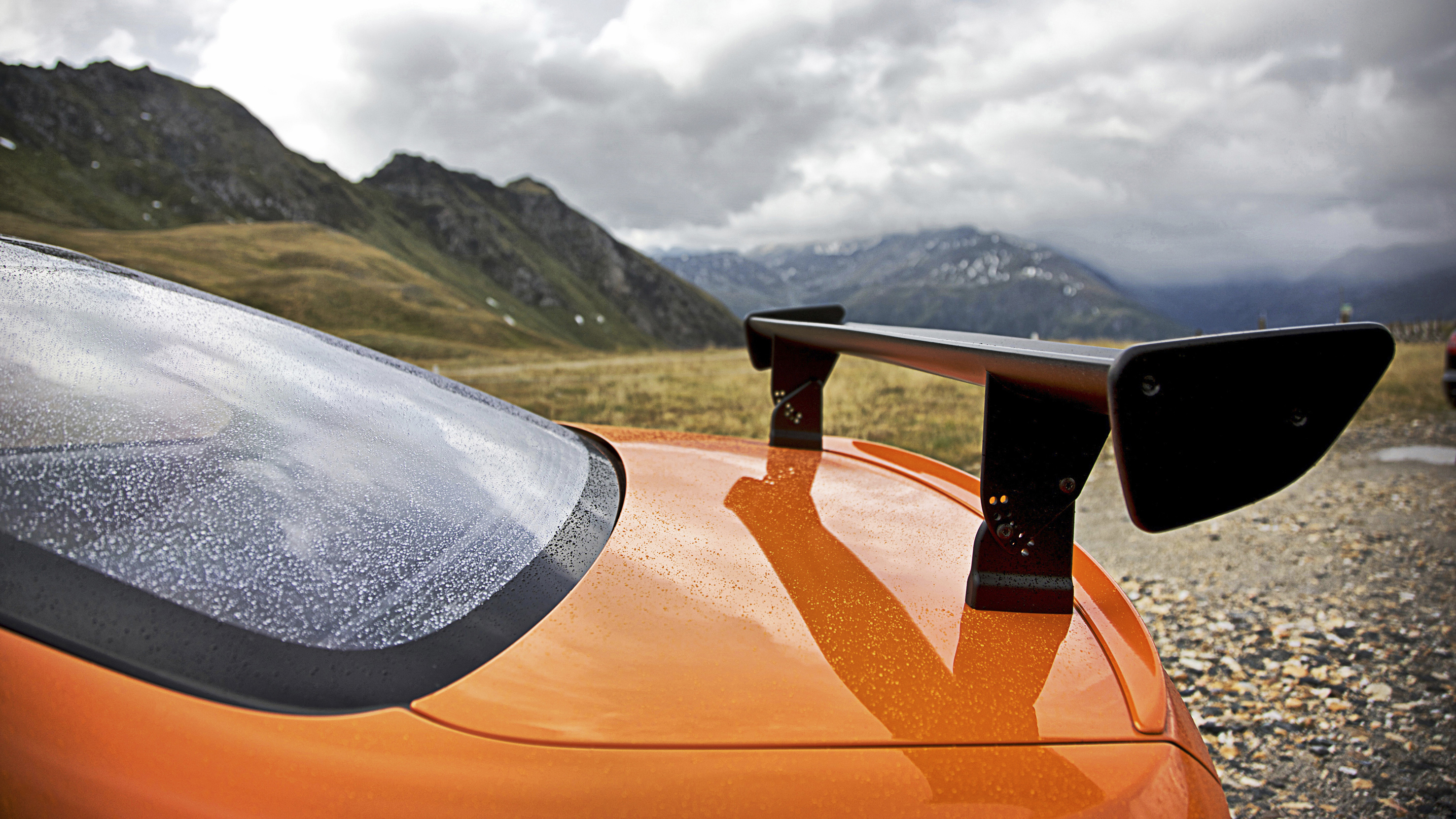 You can usually tell how a car's going to play out almost immediately, and this thing is no different. The GTS puts a smile on your face - a slightly twisted, evil one - a split second after you prod the ‘engine start' button on what is a seriously spartan dashboard. Its 4.4-litre V8 erupts into life before immediately settling into a pure race-car idle, slightly lumpy and grumpy and uneven, while the exhaust burbles and warbles. It sounds like something that means business, and doesn't want to waste any time getting down to it. It sounds more than a little scary. It sounds absolutely bloody marvellous.

There's no need to spend much time acclimatising - there's bugger all in here to acclimatise to. No stereo, no aircon, no iDrive. After all that ‘joy doesn't compromise' marketing hooey, we really are back in ‘ultimate driving machine' territory here. About time, too. The wheel is the familiarly chunky three-spoker, its fat rim trimmed in Alcantara. Disappointingly, there are buttons on it that operate things this car no longer has - no stereo, no volume, no need. A bespoke GTS wheel would have been nice. Worse, what GTS touches that are here are uniformly crap; the logo is some half-arsed chequered flag nonsense, which appears on the sill kickplate and on the far end of the dash along with a garish number. This car is 003.

The garage door rolls back. Never mind the low-rent logos and the empty dashboard, it's the stuff that's still here that matters. Engine, mainly. According to M Sport chief engineer Albert Biermann, the GTS came about when his people found a few euro down the back of the sofa, and set about making the über-M3, partly for the hell of it, partly because the M3 is 25 years old this year. 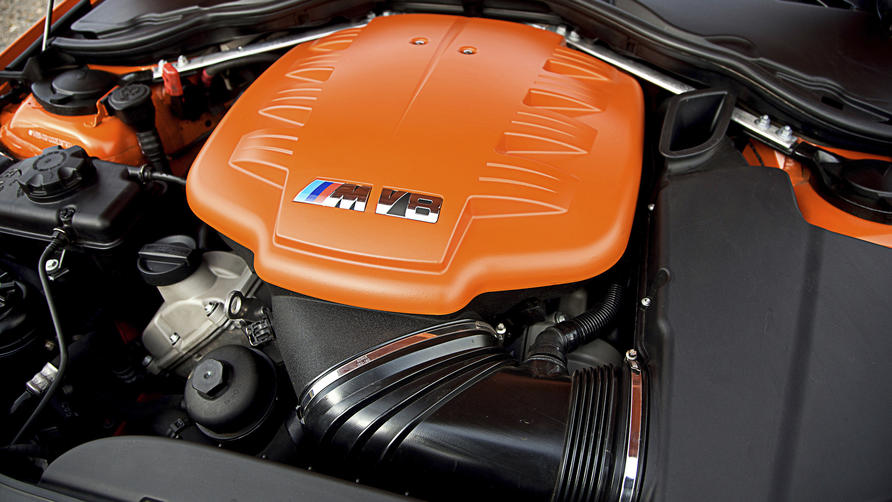 That engine is a hell of a present, and much more than just breathed-on. This is a motorsport unit, with a race-spec block, and though its bore is the same as before, the stroke has been increased to 82mm. This, in turn, has increased the 4.0-litre V8's volume to 4,361cc, and there's an additional 30bhp (now 444bhp) and 29lb ft of torque. It now produces 325lb ft at 3,750rpm, 150 lower than before. On paper, it sounds like a car that should be more flexible about dishing up its potential than its surprisingly highly strung, high-revving brother. At 1,530kg, it's only 75kg lighter, but we'll give it the benefit.

Nudge the stubby gear selector to the right to select ‘D', and feather the throttle. Jeez, this really does feel like a racing car. There's no slack at all. None. Ease out onto the side road, then onto the main road and trickle down to the traffic lights. It's a process that takes all of 30 seconds, and I'm hooked already: the GTS feels as tight as a drum, meticulously engineered, an M car plus about 200 per cent.

I haven't got out of second gear yet.

From here to the Grossglockner is several hundred miles, and a fair few hours. That's in a car that's seriously track-oriented, with no air or audio. I did something similar a few months ago in the 911 GT3 RS, and it's odd how your mind wanders and how attuned - and dependent - we now are to external stimuli. This could be physically and mentally taxing. With a suspension set-up that runs firmer springs and dampers, adjustable anti-roll bars and has more margin for toe and camber adjustment, not to mention a rear sub-frame that's mounted directly to the body, it should almost physically hurt. But on its Pirelli P Zero Corsas, it's actually surprisingly comfortable. 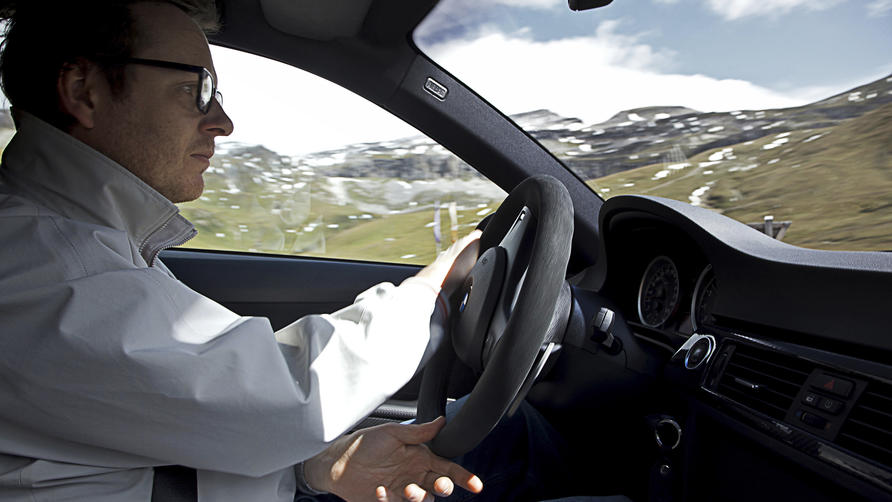 And even if it were about as compliant as a medieval Iron Maiden, that engine and gearbox would make the pain worthwhile. On a derestricted bit of autobahn, I see an indicated 160mph with more to come (top speed is 190mph). I pop it into seventh and cruise for a bit among the Polos and Astras, savouring the extra torque and flexibility. But not for long. That would just be silly.

God, it sounds good, this thing. Apart from a boominess around 4,000rpm, the stripped soundproofing and titanium exhaust cause no problems at all. Wring it out to the 8,500rpm red line, and just pin your lugholes back. Who needs a stereo? The M3 GTS has the low-frequency lung power of Tom Jones, and the top-end rock star banshee wail of Axl Rose, all in one. And the beefed-up M-DCT dual-shift 'box is so addictive that you find yourself hanging back, downshifting, then nailing it just because you can. In this installation, we finally have a dual-shift system that factors in some genuine mechanical sensation.

We have two goes at the Grossglockner. We arrive late on day one, and the weather is seriously moody, the road surface slippery as hell. The road itself, built in the early 30s to help stimulate a job market decimated by the Great Depression, climbs to a peak of 2,504m, but we breach the cloud base long before that. At the top, the cloud even bleeds into the tunnels, which creates a quasi-religious sensation that's distinctly spooky. 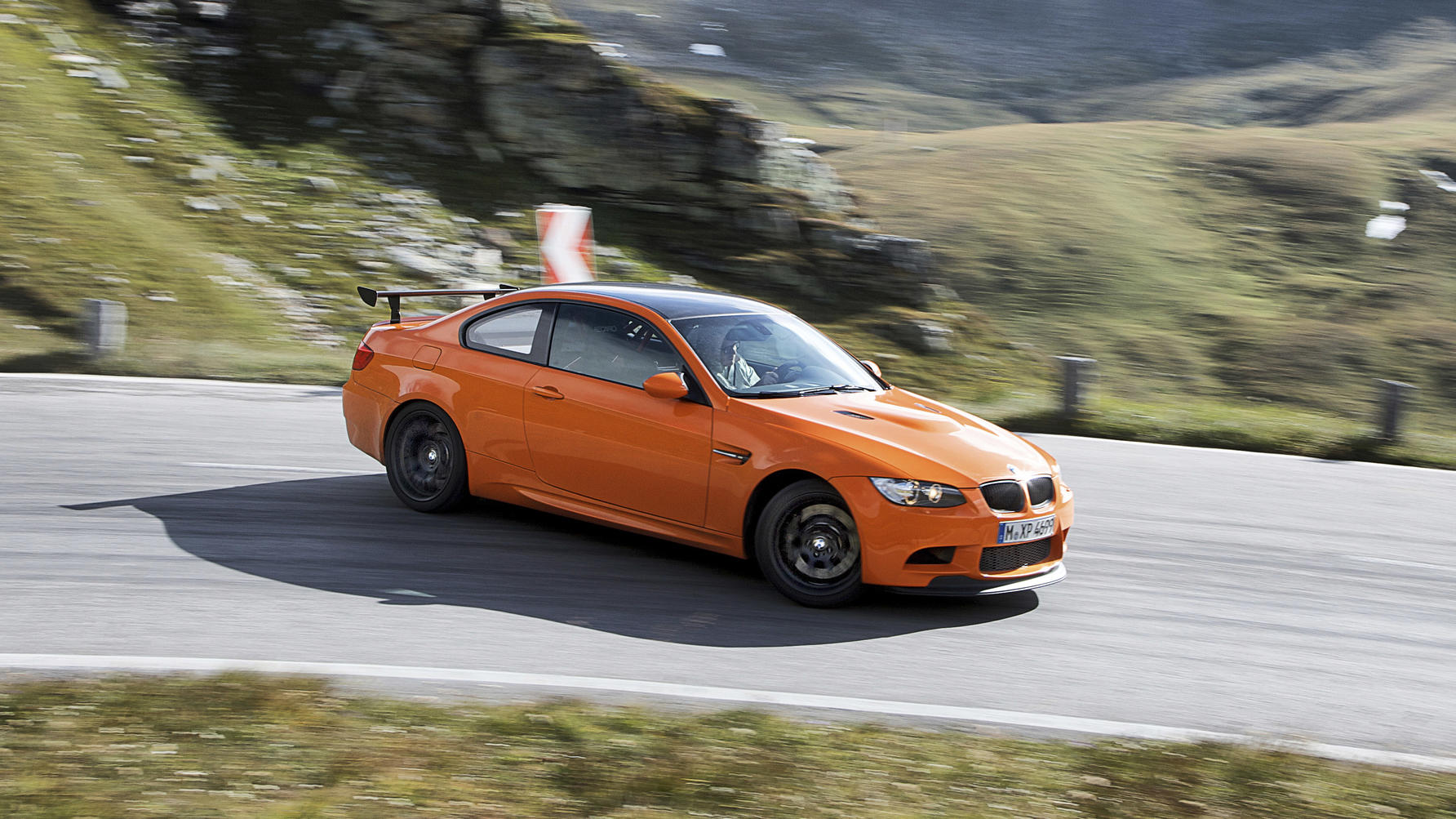 Equally unnerving is the GTS's waywardness on these wet switchbacks. It won't let go completely with the stability systems in place, but turn them off, and you'd better be up to the job. It's hilarious, old-school badass BMW behaviour.

We're back at 6am the next morning. It's empty. Even the marmots are still snoozing. The sun's out. The road's dry. Time to party. Now it really does feel religious: engine, gearbox and chassis forming their own Holy Trinity. The brakes are a bit grumbly but full of feel - steel discs, not ceramic - 378mm at the front, 380mm at the rear. But it's the coherence of the package that's blowing my mind.

The engine is simply mighty, but crucially the GTS feels more alive right the way through its rev range, rather than reserving its best work for the far end of the dial. The gearbox harnesses all that power perfectly, instantaneously. You won't be able to leave it alone.

Then there's that chassis. The Grossglockner has its fair share of fast fourth, even fifth-gear sweepers, and the GTS turns into them, settles itself, then powers implacably on. There's total stability, balance and neutrality. Turn off the stability stuff, and every second-gear hairpin is a drifter's playground. The steering is sublime: weightier than standard, but race-car accurate. There's barely any understeer, and oversteer on demand if you want it. 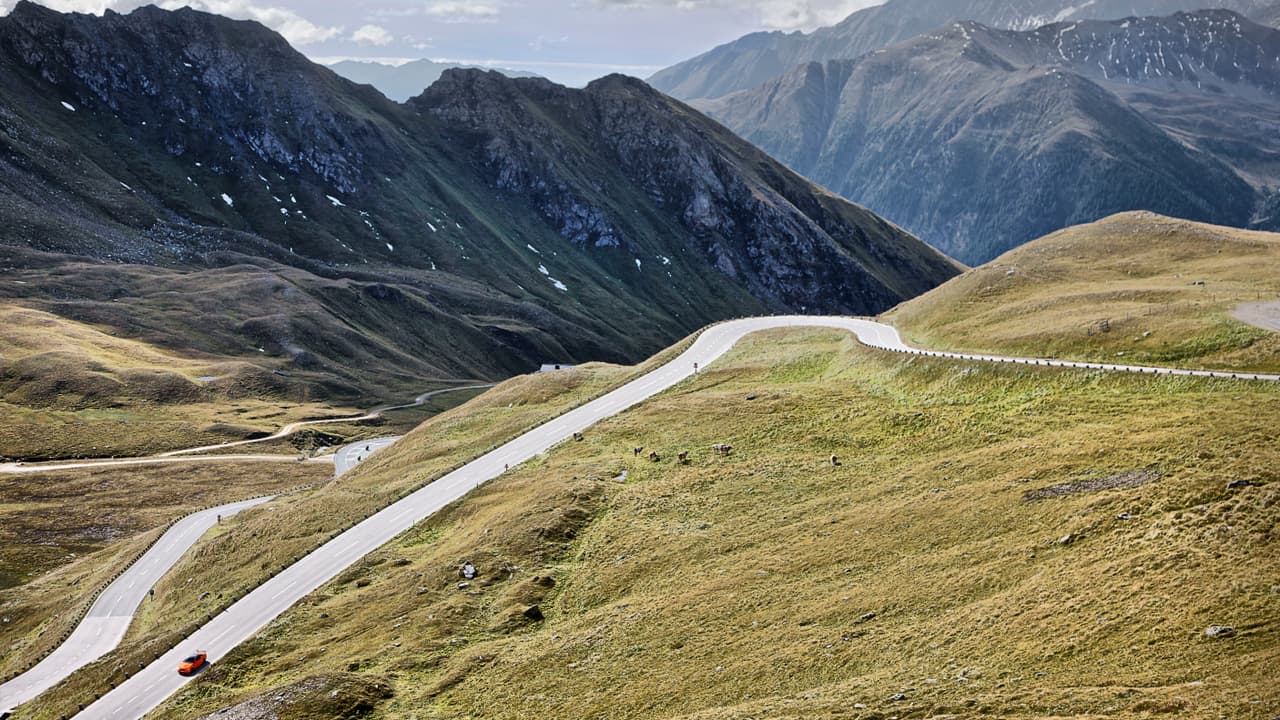