When the base car is a 488, how much can it be improved? Turns out, more than you’d think

The truth, as is so often the case, is contained in the tyre. It is easy to be bamboozled by a Ferrari technical presentation – endless charts and statistics working in combination with frantically hyperbolic Italian-English that overload your grey matter and pummel you with information that leaves you almost brainwashed. During the performance, at least five people will stand up and tell you how fantastico-amazing the latest Ferrari Berlinetta is. By the end, if they told you it could soft-boil an egg and halve the third-world debt, you’d simply nod in accordance.

This feature originally appeared in issue 311 of Top Gear magazine

But the man from Michelin, notably the only non-Italian in the building, is the quiet voice of reason. He tells us that the new Pilot Sport Cup 2 tyre that has been specially developed for the Pista isn’t an extreme track-only item. It offers consistent grip in all conditions and no significant peak when it is new. It is a tyre that compromises outright lap time to be usable in the wet. Because for all its 710bhp and Fiorano lap time superior to every other Ferrari bar the LaFerrari, the Pista isn’t designed to crush your spine or go hunting lap records. It’s a real, usable road car. And this is a good thing. 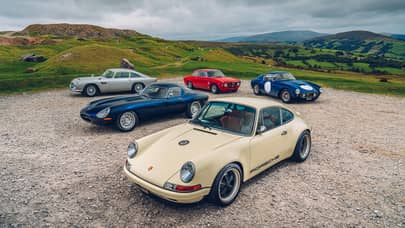 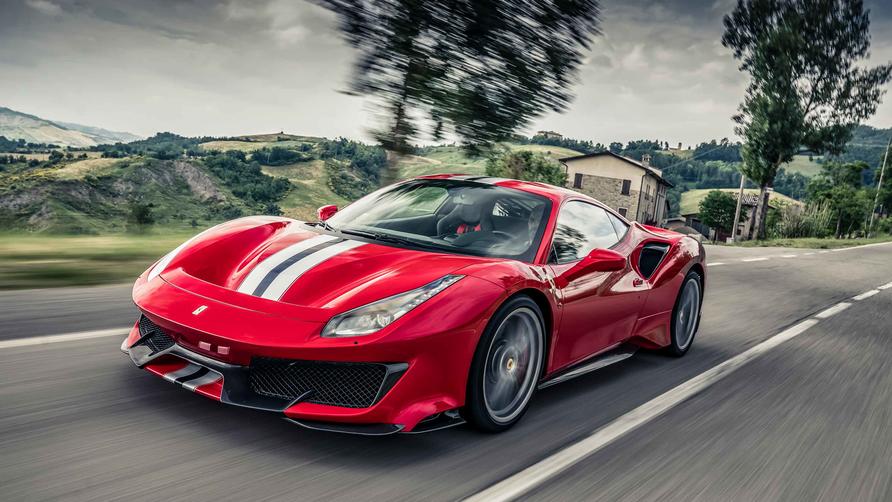 Mind you, its specification reads like something that could have won Le Mans a few years ago. The engine is lifted from the 488 Challenge racecar, and is substantially different from the GTB’s twin-turbo V8. The big numbers are 710bhp and 568lb ft of torque, although that last figure is only available in seventh gear, such is the extent of the calibration to make the car feel as unturbocharged as possible.

Weight has been reduced by 90kg through the usual blend of lightweight components and a barren interior – carbon-fibre wheels are also an option for the first time on an F-car. The front cooling package is taken from the Challenge car too, allowing for the large bonnet scoops, and the whole aero package has been revised to create a downforce figure that is, as usual, meaningless to me. Interestingly, the vast side intakes no longer feed air into the plenum like they do on the GTB, that is now ducted from two new scoops on the deck lid.

The latest version of Ferrari’s traction and stability programme has added abilities and acronyms, but majors on juggling a variable locking differential with single brake disc applications to make the car turn more effectively and to make owners feel like superheroes.

And they’ll feel pretty good about this car, because it is shockingly fast. The 50bhp increase over the GTB doesn’t make it profoundly different to the “base” GTB, but I can only judge these things according to my trusty swear-ometer, and, from the moment I gave it full beans, the vernacular flowed in much greater quantities in the Pista. The motor pulls from below 2,000rpm, and the effects of the reduced torque in the lower gears can be felt but is never a frustration, because even those fancy Michelins simply cannot cope with how potent this motor is. 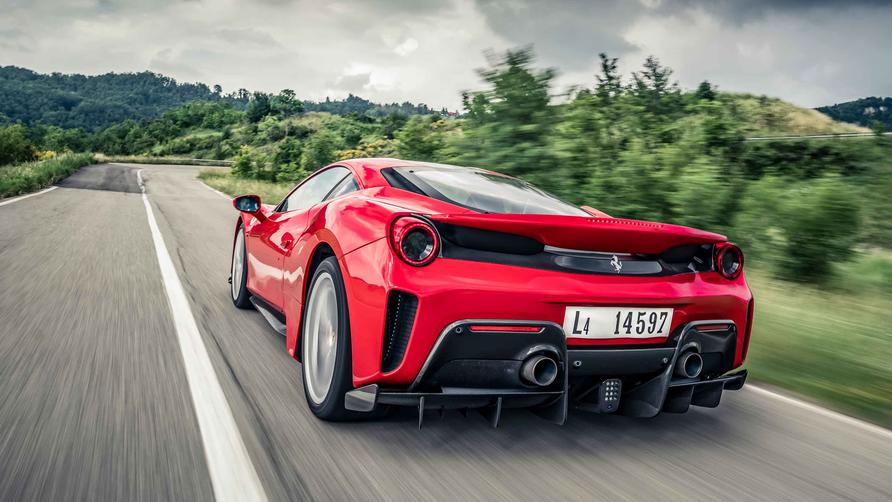 The systems are something else, though. You really can place yourself in the hands of the Pista and let it carve its way around a circuit. It helps if you stop in the correct places and aim for the odd apex, but otherwise it manages the available traction to perfection, and the interventions are so seamless, the juggling of differential and brakes so smoothly deployed that, at times, you have to remind yourself it’s actually happening. In fact, you can only fully appreciate how much work the systems are doing by switching them all off – at which point the Pista becomes one of the most outrageous motor cars I’ve ever driven.

Because there comes a point when pure motive force overwhelms even a delicate mid-engined Ferrari chassis. At Fiorano, corners that were full throttle in second gear in the old 458 Speciale are part throttle in third, and if you push any further on the long-travel throttle pedal, the car moves into big oversteer. And it will do this everywhere, even into fifth gear. It’s completely outrageous and also totally addictive and quite unlike anything I’ve experienced from Ferrari before.

Of course, you can drive the car neat-and-tidy, manage the torque yourself and rely on what must be the most approachable mid-engined chassis on sale. The set-up is very conservative, with a good chunk of understeer on a constant throttle to stop the thing looping around on itself. Grip is actually very good, but because the rear is so easily unstuck if you want to be silly, it gives the sensation of actually not being that grippy.

In fact, this is the paradox at the core of the Pista. It deploys the very latest in sports-car technology, is probably making more calculations per nanosecond than a spacecraft, but with all the systems switched off, the resulting driving experience sits somewhere around the mid Sixties. And I mean that as a huge compliment. The torque-to-grip ratio is actually very similar to an old sports car in that drivers really can choose to overcome traction whenever they want to. 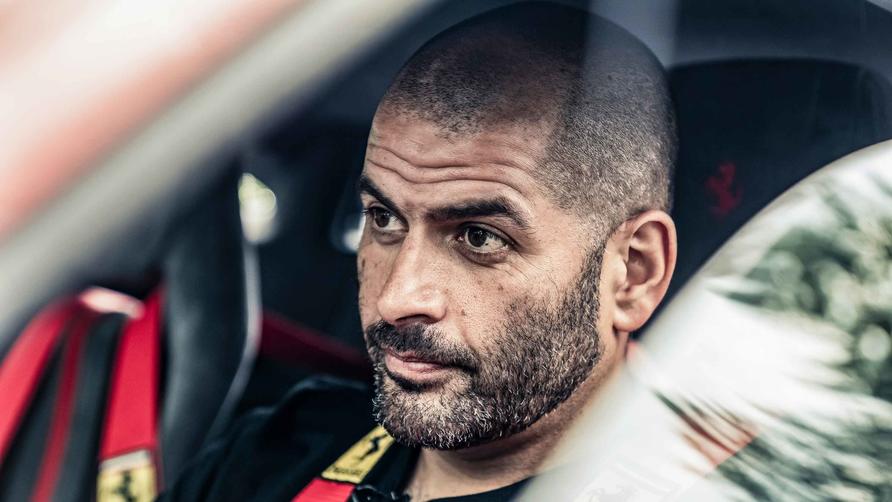 The brakes are monstrous carbon-ceramics, and they need to be, because the Pista arrives into braking zones at such silly speeds that they take an absolute pasting – you spend most of your time thrumming into the anti-lock and praying it will stop. The steering is typical modern Ferrari: pretty inert and fantastically quick – to the extent that you just steer between your wrists.

And Ferrari has worked very hard to make this turbocharged engine want to rev all the way to the 8,000rpm limiter. The GTB always feels breathless over the last 1,000rpm and that dulls the excitement factor on a circuit, but the Pista keeps pulling all the way to eight grand. What I didn’t realise was that the base car has a soft limiter that tapers power away gradually as you near the cut-out (see, always listen to the technical briefing), and that obviously hurts the sense of aggression even more. The Pista does away with that, so it offers far more zing at the top end. No, it doesn’t scream like a Speciale, but it is so much faster that the two can’t really be compared. I’m probably the wrong person to ask about the quality of the noise because I’ve always found Ferrari flat-plane V8s (apart from the 355) to be rather tuneless and shouty, especially the Speciale. This thing is less shouty and still pretty tuneless. 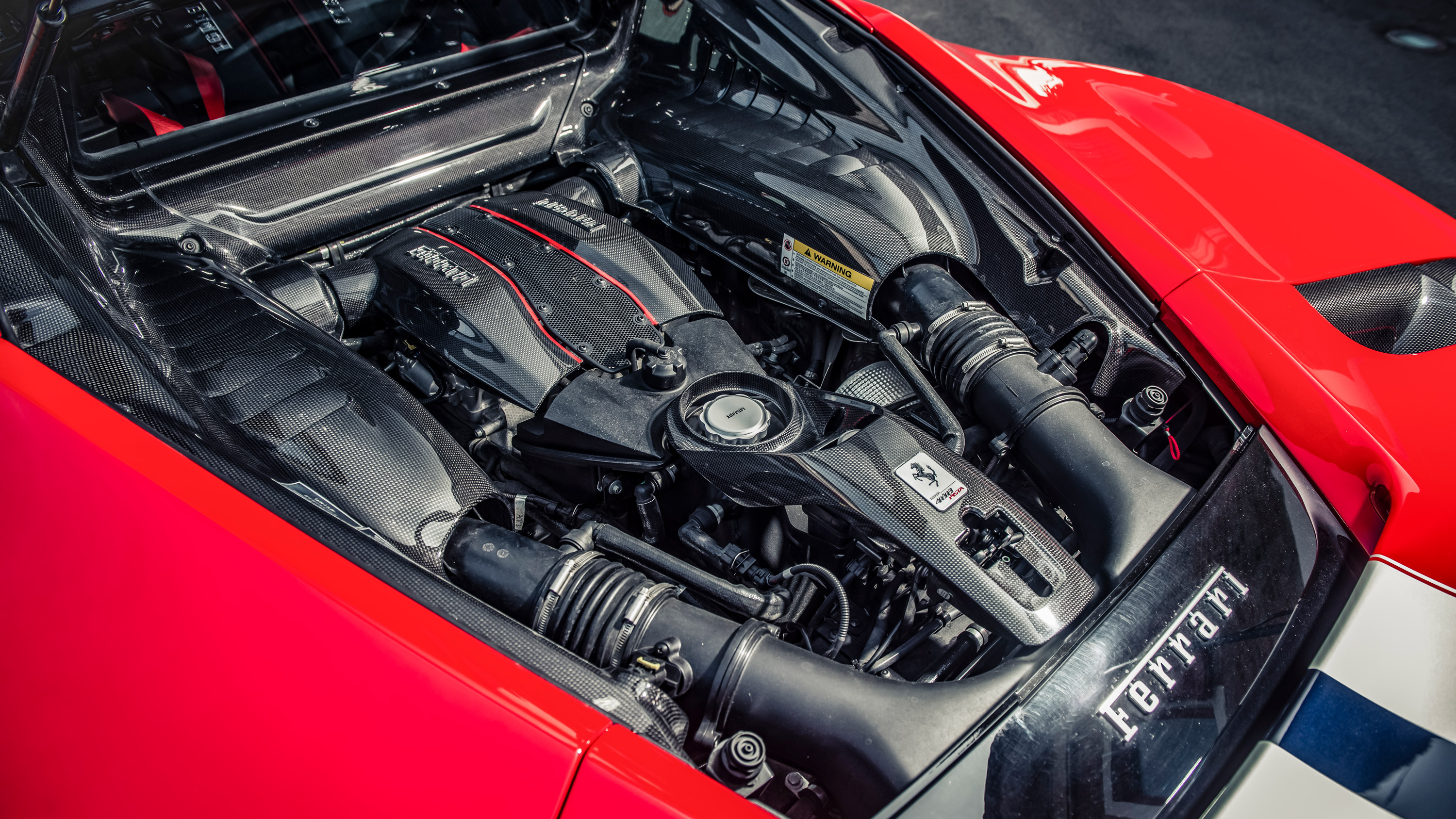 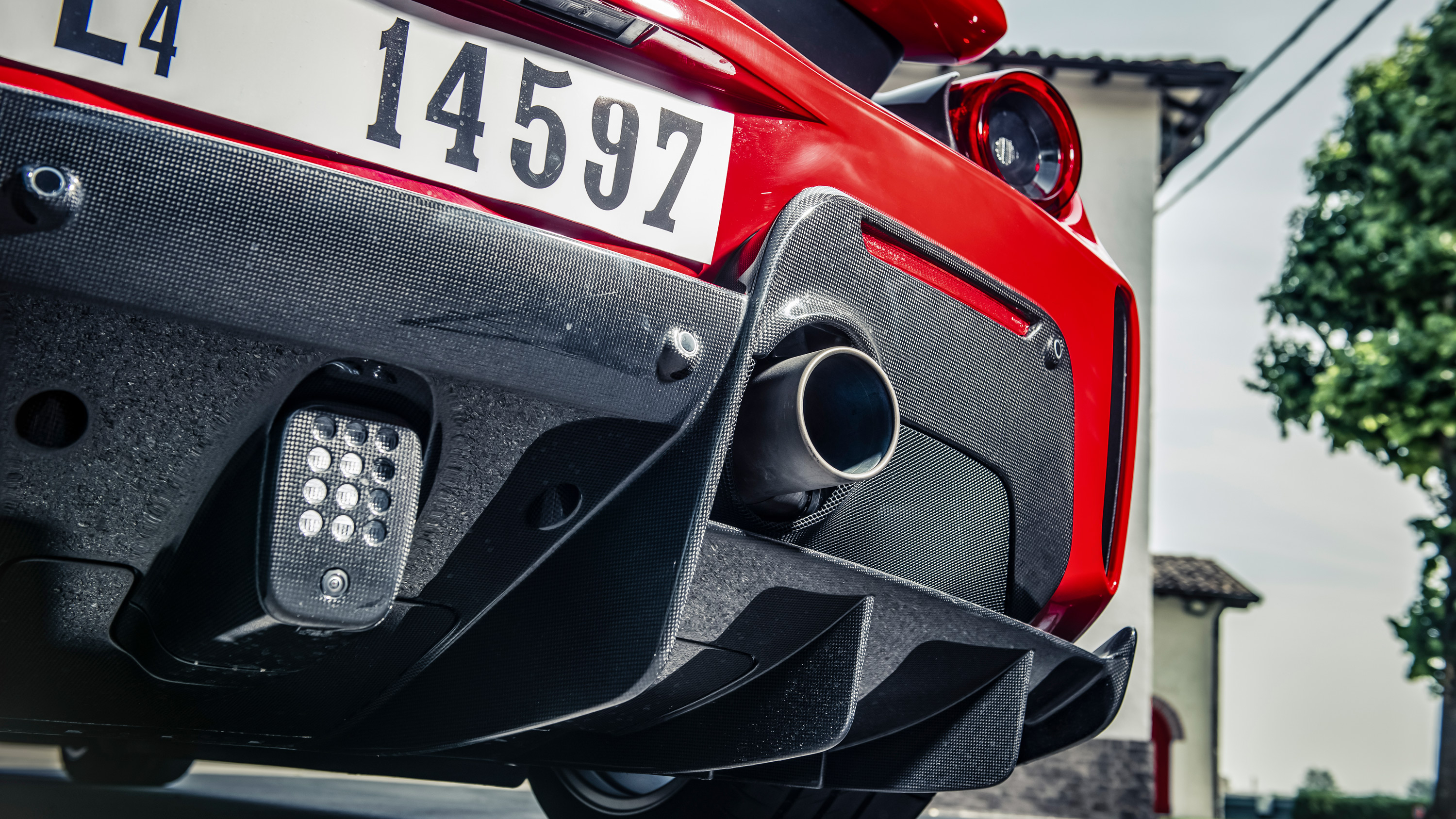 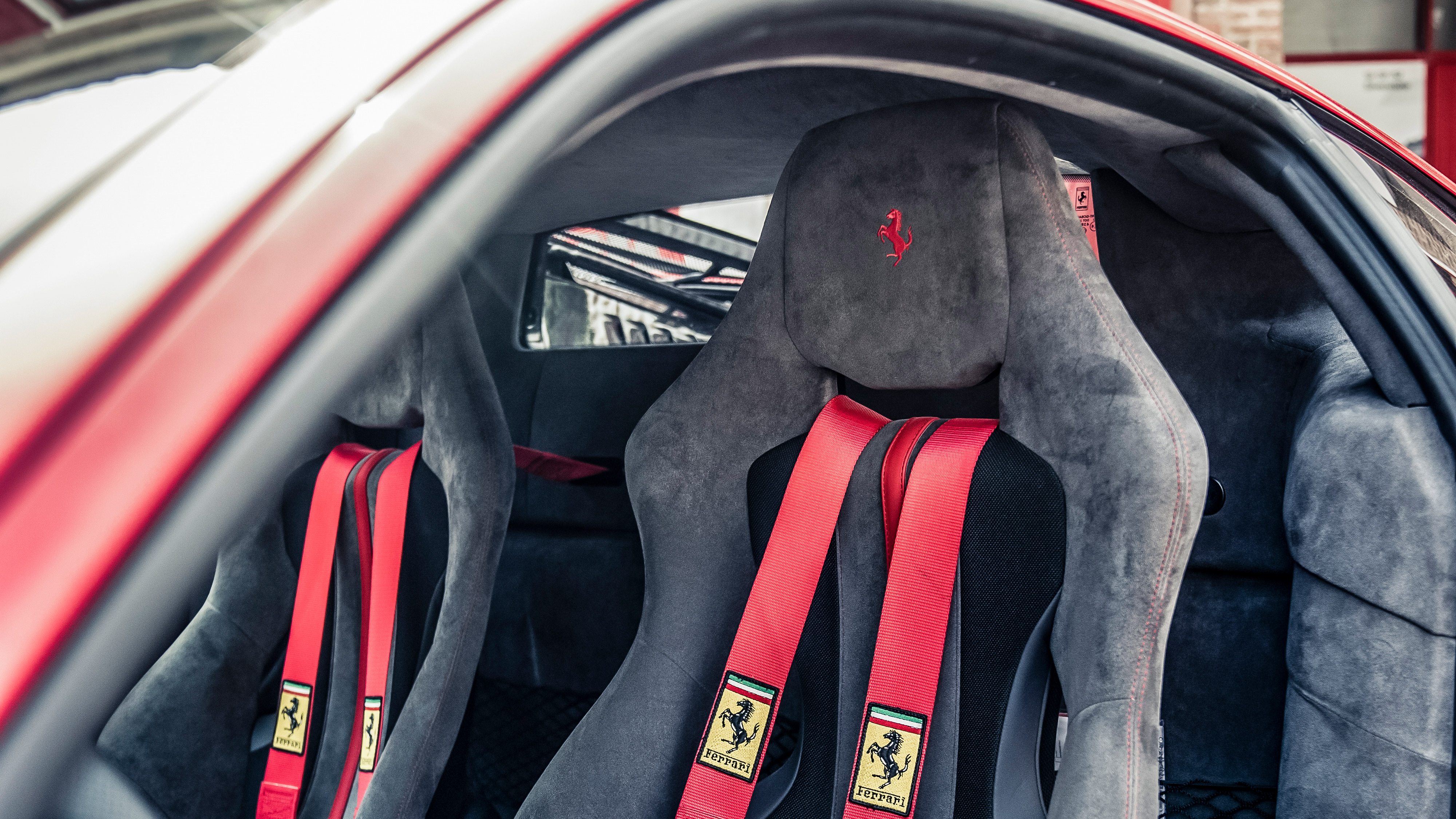 On the road, the Pista is arguably more surprising. I only spent a couple of hours on the usual shambolic roads around Maranello and, apart from missing some carpet and a little more general commotion in the cabin, it is no harder to live with than the standard car. The springs are a little firmer but the car never feels too raw for the road, and the hyperfast steering comes into its own on very twisty sections, because you just don’t need to use too much lock. The front grip of the car is especially impressive – the way it wants to dart into an apex and then hold a line is quite something. You can feel the differential open to allow that freedom to turn and then lock to find traction on the exit. Crucially, it’s a car that is fun to drive at normal road speeds. Yes, it could cover ground at a rate that would land you in serious trouble, but the slow thing works just fine. It’s a great shame that Ferrari no longer offers manual transmissions, but this dual-clutch gearbox is a pretty strong argument for not having one – in the context of this type of car. Upshifts are flick-snap quick, and coming back down the ’box is even more impressive.

So, as a driving device, this is Maranello at its best. On paper, a 710bhp twin-turbocharged, mid-engined Ferrari should be approximately as approachable as a Victorian headmaster with a cracking hangover, but this thing is a complete honey to slide around. However, as an object, I have a few reservations. The cabin design is now eight years old and it looks it. There are so many different materials and textures that the whole thing looks a bit of a mess. And much as you have to admire the use of underbody aero as it means no ugly rear wing, there’s an unfortunate fussiness to some of the details. But that really is a matter of opinion, and, on this subject, mine probably doesn’t count for much.

The Pista is a stunning achievement. In a marketplace that seems to be increasingly obsessed with track-focused machines, it exists as a very fast track toy that can be used perhaps even more effectively as a road car. The lucky few allowed to buy one will not be disappointed. 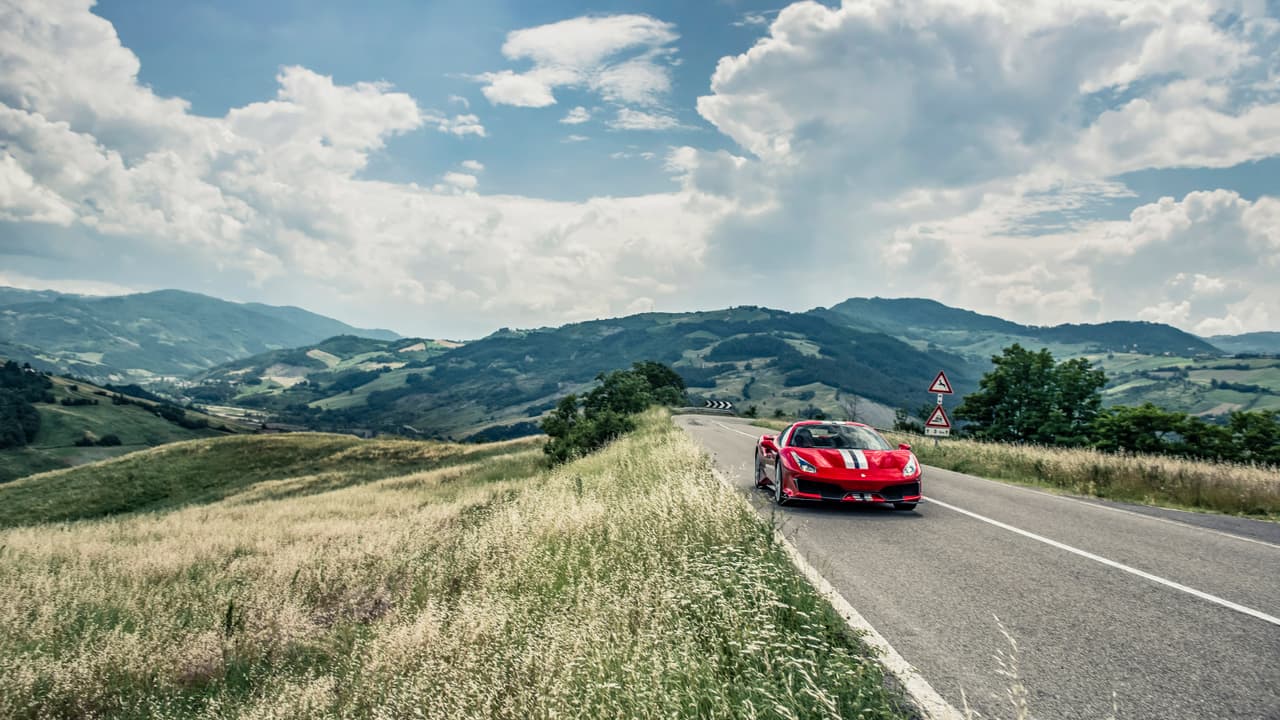