Want a car none of your millionaire friends will have? Try this Huracan transformed into a 70s homage

“Complimenti…Bellissimo” mutters the Italian woman who has emerged from nowhere as we park the Ares Panther ProgettoUno in a quiet church square to duck out of the searing heat of the hottest day of the Italian summer. While this reads like a scene straight out of central casting, it isn’t. In this part of Italy – the hills above Modena – the love of cars runs deep.

“È un Ferrari?” she asks, in between shooting myriad pictures and calling her grandson. It seems a reasonable question, given the Panther’s striking appearance and the noise ricocheting off the medieval walls as it’s fired up and repositioned for the next shot.

My broken Italian struggles to articulate precisely what the Panther actually is. I offer ‘Ares’ and ‘Carrozzeria’. She shrugs. I complicate things further by lobbing Lamborghini into the mix... confusion turns into an assumption that this moronic Englishman has had too much sun. So, it’s probably time for a recap. 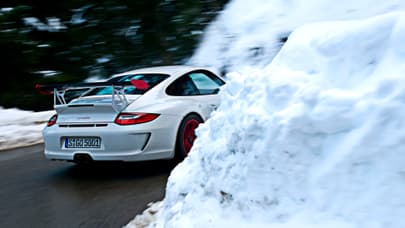 From the archives: the Porsche 911 GT3 RS goes rallying 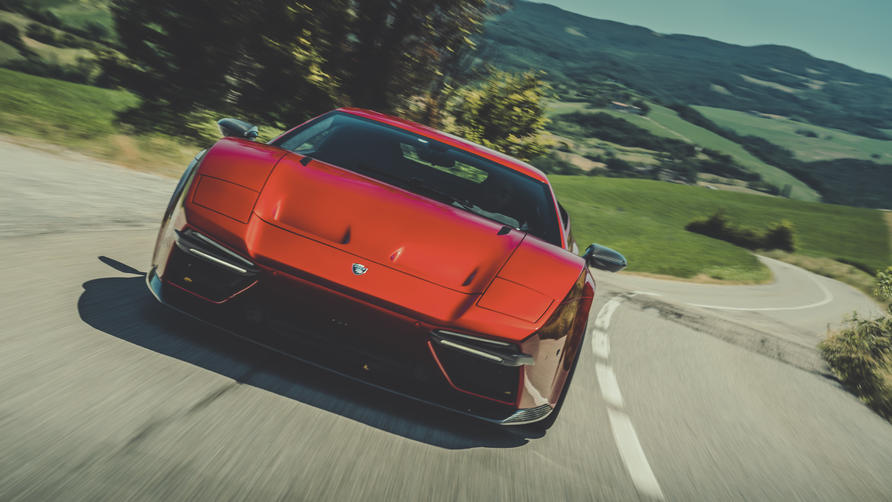 The Panther ProgettoUno is the first in the ‘Legends Reborn’ series from Ares Design, Dany Bahar’s Modena-based carrozzeria, which is looking to capitalise on the zeitgeist for personalisation in the supercar marketplace. Inspired by the original De Tomaso Pantera, the Panther echoes its key design cues but catapults them into the modern era. And, given the amount of air being sucked through the teeth of the onlookers – and the surge in the local area’s social media activity – the design has won approval in Italy’s motor valley.

While beauty is famously said to be only skin deep, the good news is that what lies beneath the Panther adds to, rather than detracts from, the overall sales pitch, and is at the heart of the Ares ‘rebirth of a legend’ mentality. Beneath the bespoke carbon-fibre bodywork lies a Lamborghini Huracán. What particular grade of Huracán is left at the owner’s discretion but, if you’re keen to be a Panther owner, the team at Ares will help you find a suitable donor car and then set to work transforming it – a process that goes far deeper than simply rebodying the car.

While the bodywork looks like it would fit directly over the Huracán’s hard points, it’s never that easy. To give the Panther ProgettoUno the visual impact of the original, the team had to relocate the A-pillar, leading to a sizeable revision of the chassis and the addition of an all-new roll cage. Move the A-pillar back and you have to revise the wiper mechanism and blades, too. And, given one of the Pantera’s key visual touchpoints was pop-up headlights, those had to be worked into the job list.

So, while the revisions to the aesthetics of the car are substantial, the engineering required to deliver them is more involved than first impressions might suggest, given the underpinnings. To be extra certain of its engineering, all of the revisions are tested and approved by the TÜV, Germany’s network of safety inspectors. The finished product delivers suitable visual impact and feels like a fitting interpretation of a modern Pantera.

Beyond the bodywork, the team at Ares hacked into the Lambo ECU and remapped it, adjusted the DCT transmission to provide smoother and faster gear changes, revised the suspension settings and angles to reduce initial understeer – to make the car feel more agile and responsive – and fitted a bespoke stainless steel exhaust system designed by Capristo.

We’ve arranged to meet Bahar and the team from Ares on one of Ferrari’s test routes to the northwest of Modena. The region is currently recovering from a thunderstorm two days before our arrival, which rained golf-ball-sized hailstones down at skull-cracking velocity, leaving the majority of the early Nineties Fiat group products in Modena with a hammered finish while somehow leaving most of the German brands and their thicker-gauge steel largely untouched. Call it nature’s impromptu audit of automotive build quality.

For us, the storm’s effects are threefold: searing heat as the temperature spikes at 44ºC, unbearable humidity, and a camera giving up the ghost to heat exhaustion. Keen to avoid the same fate, Rowan and I duck into an underwhelming-looking restaurant that, as ever in Italy, prefers that the food, rather than the decor, does the talking. Fed, watered and rapidly googling if it’s possible to buy gnocco fritto in the UK*, our research and the sticky humid stillness of the Italian countryside is punctured by the distant yet familiar sound of a V10.

The Panther’s arrival is followed by that of Bahar in another of his creations: a Porsche GT3 RS Targa, the third of which is currently in production. “It’s a niche within a niche, but people really love it,” he says.

Full of his usual enthusiasm, Bahar shows us around the car before throwing us the keys with little more than a “Hope you enjoy it” and heading off in his GT3-based creation.

Inside the Panther, the layout is familiar Huracán, but the whole interior has been revised – with varying degrees of success. The instrument cluster, with its square surrounds, and the swathes of Alcantara that span the main dashboard are nicely reminiscent of the De Tomaso. A modified Porsche steering wheel takes the place of the standard Huracán unit, and, thanks to its reduced girth, feels more appropriate in this retro-modern environment. Overall fit and feel are impressive, with Connolly leather, Alcantara, carbon fibre all featured.

The less successful elements are the sports seats, which look good but rather overfill the cabin and position you slightly too high. And the buttons, all of which remain in the same location as they do on the Huracán, have been revised – some to toggles that lack the solidity of the originals, and some to push buttons, remade with an aluminium overlay to make the touchpoints on the Panther unique to Ares.

“Buttons are so hard, and we’re still finessing these,” Bahar admits later.

The TFT screen and infotainment are all currently running familiar Lamborghini data and graphics, but a bespoke Ares interface is being developed for the first production car. The standard Lambo sound system has been replaced by a Daniel Hertz system, so, if you want to drown out the sound of the V10, you can. Why you’d want to is beyond me.

Rowan and I fire the Panther into life via the familiar Lamborghini starter button and head off into the hills. First impressions are of a surprising solidity, given that this is a prototype. Considering that anything I disassemble and rebuild sees me left with a handful of spares and a final product with the structural rigidity of wet loo paper, the Panther is impressive.

It’s also a fascinating exercise in how fundamental key touch points are in your engagement with a car. Having been fortunate enough to run a Huracán for six months, it’s staggering how different the Panther feels. The reduced diameter and girth of the steering wheel make the car feel dramatically different in your hands.

The revised ECU settings, faster shifts and more responsive front end all help to make the Panther a sharper tool than the original standard Huracán. The time and work devoted to digging into the ECU, creating a bespoke set of parameters for the Panther’s Strada, Sport and Corsa settings has paid dividends. 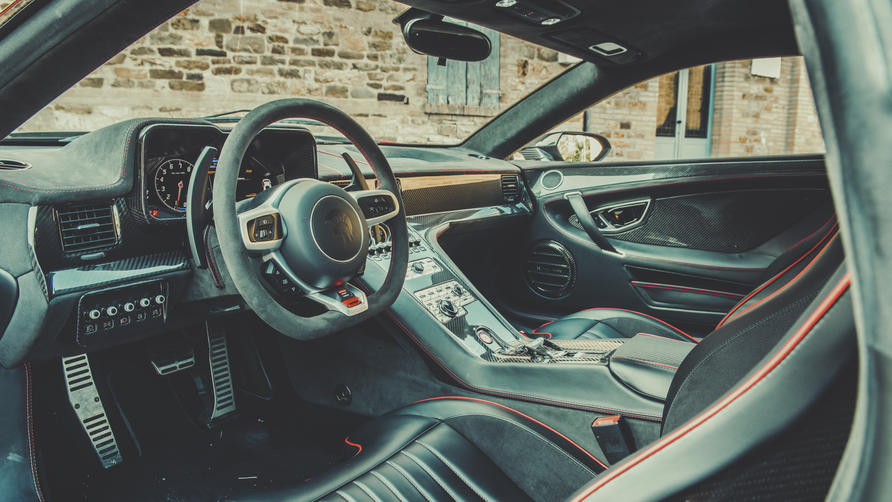 And the intensity of the experience – and the soundtrack delivered through the Capristo exhaust – rise in intensity with a greater step up than the standard car. Should you want to cover ground in relative comfort, and enjoy the compliance of the car in its softest setting, Strada mode makes the Panther a relaxed long-distance device. If, however, you prefer to announce your arrival from a few miles out, you’ll want Corsa mode, with its rapid shifts and artillery crackle on every downshift.

As the heat and miles build, the Panther makes a strong case for itself – if you’re in the fortunate position of looking for something unique to add to your vast car collection. It looks sensational, feels well built and, thanks to the finessing of the chassis and electronics, feels more agile than the standard car that lies beneath the surface. Ares appeals to the stratospheric end of the market, where exclusivity carries a cachet that skews the normal metrics of value out of proportion.

Personalisation, the chance of having or creating something that none of your mates have, reigns supreme in the one-upmanship stakes. Ares charges €415k for taking your Huracán donor car and turning it into a Panther, an eye-watering sum for all but the exclusive few. But those exclusive few do exist, with nine coupes ordered and in production this year, and a further 12 planned for 2020 to complete the production run. So, if you’re in the market, the chances of turning up to your local cars and coffee meet and seeing another one are fairly remote.

We head down the hill and park up in the church square where we began our adventure. The woman’s grandson has arrived and is poring over the Panther. The rarity of the car, its exclusivity, is what will drive most of the buyers. But right now, that quality is burning this chance encounter into one young Italian’s memory bank and onto the modern-day equivalent of the bedroom wall poster: his social media profile. I had a Countach and Blu-Tack; he’s got an Ares Panther and who knows how many likes. It’s easy to deride the exclusivity of limited-series production cars, with their oligarch-orientated pricetags. But, if their existence captivates and inspires the next generation of car fans, surely that’s something to celebrate. 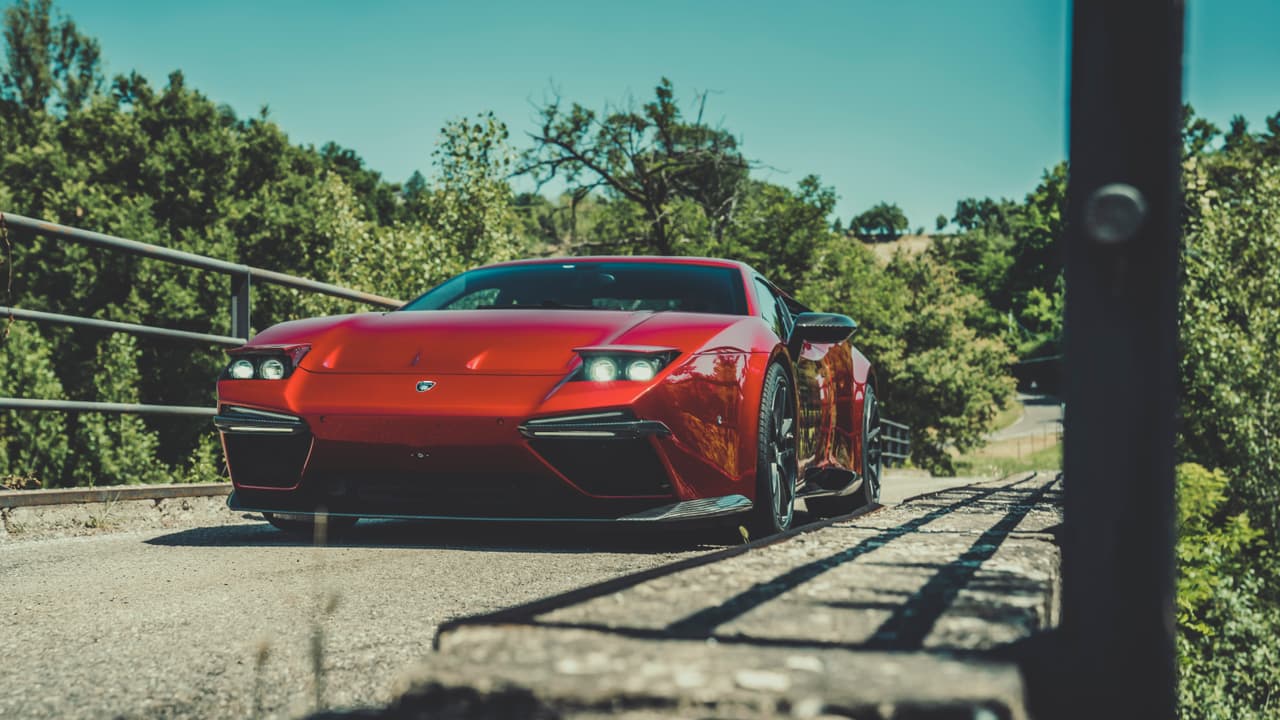