Fifty years since the world lost Bruce McLaren, we track down his first-ever road car

There’s a famous old photo of Bruce McLaren, parked outside a corner shop in East Horsley, doors up, slouched in the chaise-longue driver’s seat of a barely disguised Can-Am racer – get Googling for it, you won’t be disappointed. Enclosed in flame-red bodywork and fitted with treaded tyres, it was, to all intents, a street-legal McLaren supercar… 23 years before the F1. A proper road-going racer, it became Bruce’s daily driver. It’s thought he drove it to Goodwood on the day he died, in June 1970.

50 years later and about 4,000 miles west of those leafy Surrey suburbs, that very same car sits beneath the hulking ironwork of downtown Chicago’s raucous overhead railway. In the city that inspired Gotham, it’s the British Batmobile they never had – a cartoonish doorstop, complete with flip-up doors and pop-up headlights, manually raised using fingerholes in the pods. 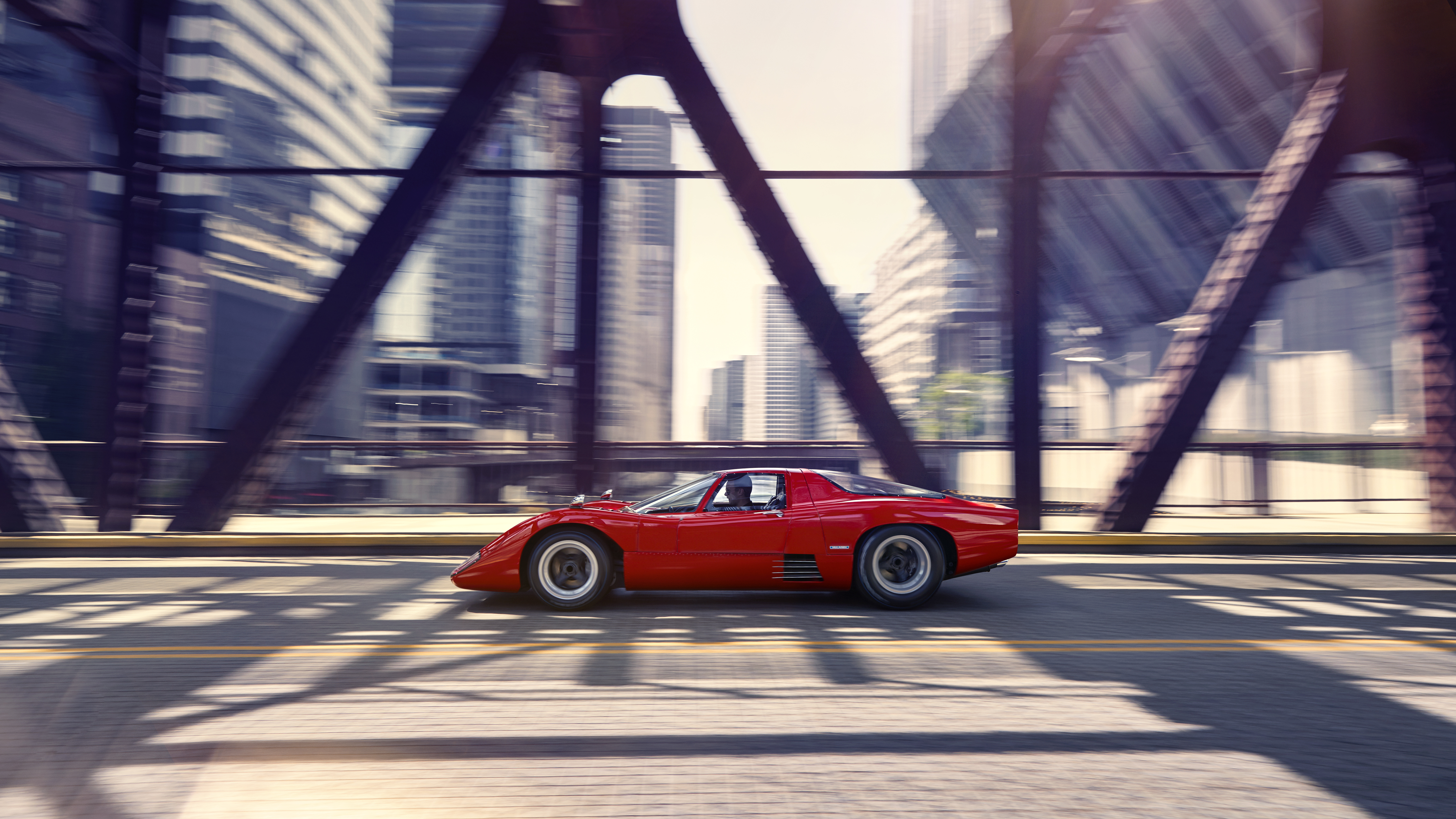 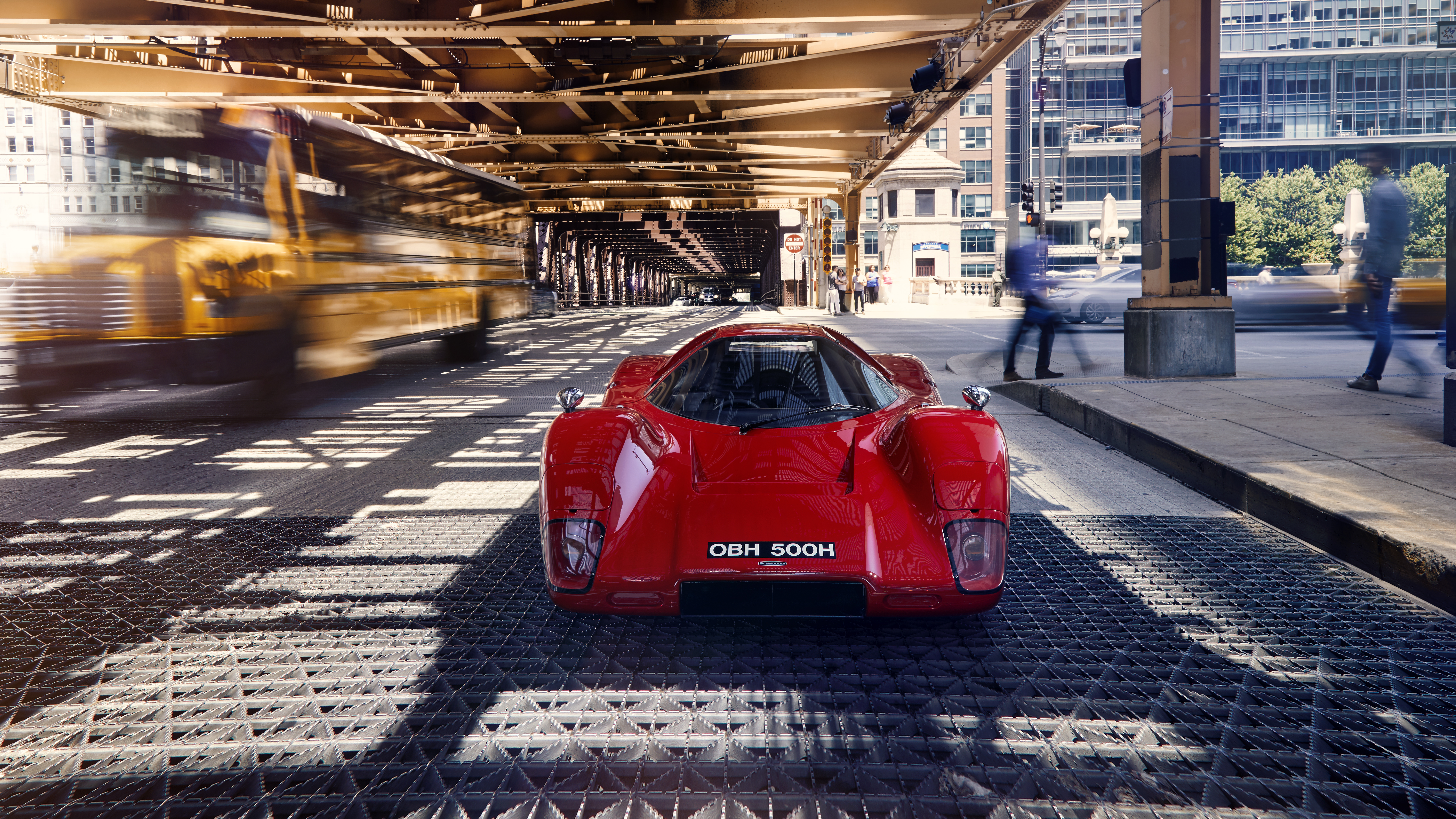 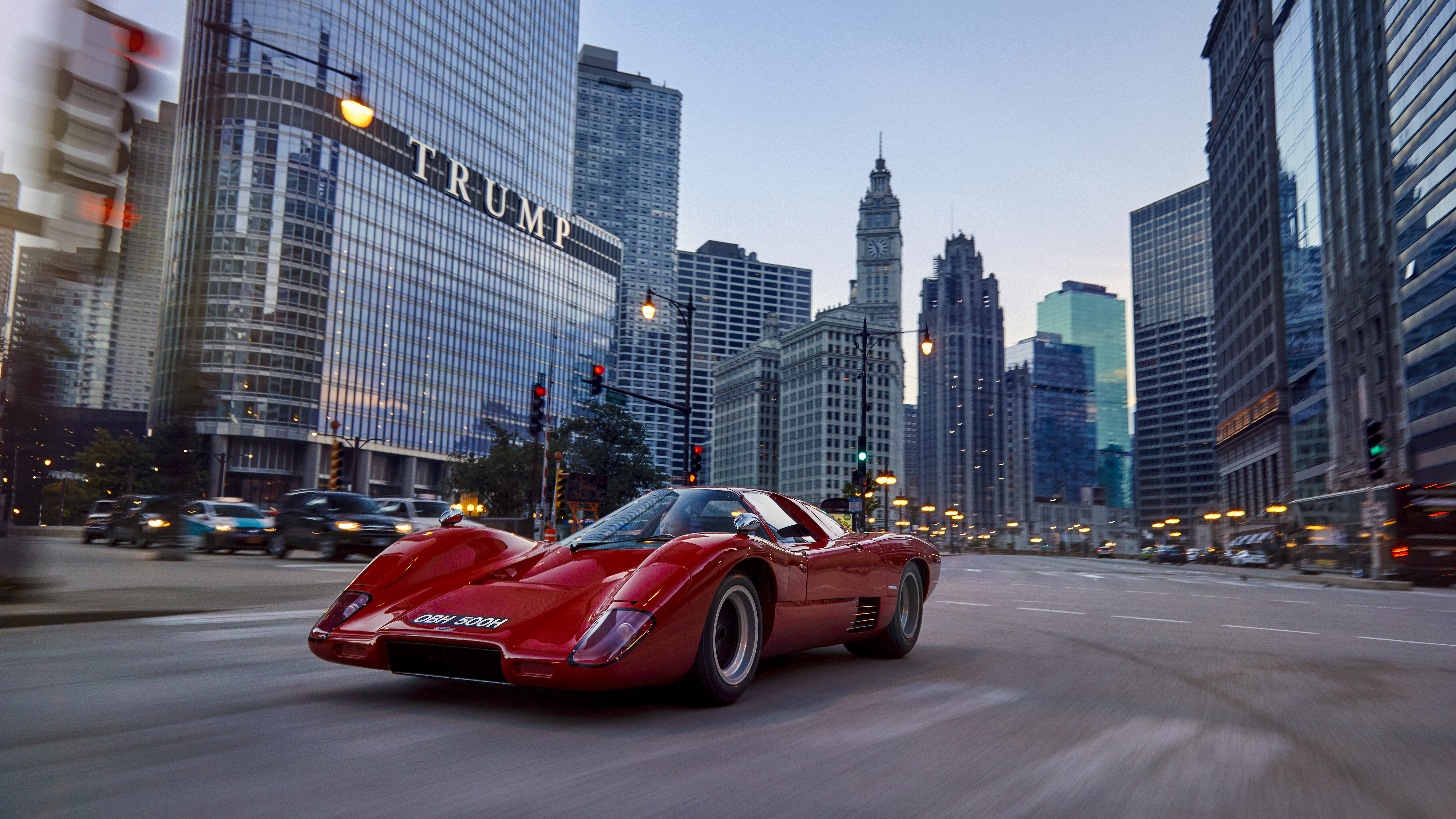 It took a while to track down. Turns out it’s now lovingly looked after by the team at McLaren Chicago, on behalf of a very private though incredibly generous owner, who's agreed to let it out into the wild for a while… just for us. Even more remarkable when you discover this car has covered just 2,094 miles in its entire life. In other words, since the last time Bruce’s bum touched the seat, it’s barely received another buttock.

But, before we fire it up, some history. In 1969, McLaren was at the peak of his powers in the Can-Am series. His machines were virtually unbeatable, so you can understand why he fancied his chances in the arena of endurance racing too. His plan was to enter the World Sportscar Championship, including the 24 Hours of Le Mans, against the might of the Ford GT40, Ferrari 512 and Porsche 917. Bear in mind, at this point, and compared to those giants, McLaren was basically still a garage outfit from Woking.

The idea was to build a coupe version of the thunderous M6B Can-Am Roadster. As required by the rules, there would also be a road-legal model – something Bruce had always wanted to make. But then, with almost no notice, the FIA upped the number of road-going examples required before a car could compete, from 25 to 50. Knowing he couldn’t possibly build that many in time for the upcoming season, McLaren parked the idea.

But, Bruce being Bruce, he continued with the road car. His new M6GT would be light, low and unbelievably quick – the fastest-accelerating road car in the world, he vowed. And so, sometime in mid-to-late ’69, he built a prototype, one of just three ever made, by merging one of the empty M6GT bodies with a stock M6B chassis and small-block Chevy V8. Chassis number one, registration OBH 500H, became his personal development car; one he’d test every day on the way to work.

Bruce was about 5ft 5in tall, but even for him it was a long way down into the car – the roof is at hip height – and a long way over the sills, which are actually carpet-wrapped fuel tanks. Having popped off the quick-release steering wheel I go in feet-first, aiming my shoes through the narrow gap between dashboard and seats. It’s like posting yourself through a letterbox.

My back’s damp and my jeans are beginning to stick to my thighs. What’s the punishment for lightly soiling a priceless piece of automotive history?

Once inside, you re-attach the wheel and recline in the seat. The windscreen is so close you could lick it, and it wraps around your head like a visor. Through the window, a sea of crotches files past along the sidewalk. Turn the tiny metal key and the V8 ignites behind you, all 400bhp and 5.7 litres of it. Back in the day, top speed was 165mph and 0–100mph took eight seconds, in an era when many sports cars would struggle to hit 60 in that time.

There’s a dogleg gearbox, the pedals are tightly bunched and offset to the left, and it’s cramped. I rub shoulders with my passenger Mike, here to chaperone me through rush hour traffic (lord knows how much it’s worth – you didn’t think we’d be left completely alone with it, did you?). Things are equally tight in the footwell. “I can’t let the clutch out,” I say. “Why not?” he says. Me: “Your foot’s on the pedal mate…”

Eventually we ease forward, my palms moistening the wheel. More moistening occurs elsewhere when I dab the brakes and nothing happens, causing a moment of mild panic as we roll towards a red light. At least the wing mirrors give you a great view… of the bonnet. Aside from that, it’s surprisingly drivable. The M6GT’s co-designer Gordon Coppuck, also responsible for McLaren race cars, once said of the GT, “I was really surprised how comfortable it was. Quite incredible when you consider it was basically a racing car". Although he did have to wear earmuffs when testing it.

We don’t have long: traffic is thickening and, at 8am, it’s already 30°C. More like 50°C in the cockpit, with only a thin slit in each window for ventilation. My back’s damp and my jeans are beginning to stick to my thighs. What’s the punishment for lightly soiling a priceless piece of automotive history?

And so, after a few glorious, ground-skimming laps of downtown, that all-American V8 feeling right at home, we park in a quiet alleyway to cool off. At least, it was quiet. Within minutes, the car’s surrounded. Camera phones come out. People crouch down for selfies. At one point, an actual fight breaks out between two tramps over what it’s called and why it’s here, before they’re broken up by an off-duty cop.

What would McLaren himself have made of all this? Would this New Zealand native ever have imagined his British-built road racer would spark a small brawl in the American midwest? We’ll never know.

Bruce was just 32 when he died while testing his monstrous M8D Can-Am car. Already a veteran racer, he’d actually been considering quitting driving to concentrate on building up the business. Who knows, if he’d come home from Goodwood that day, the GT might have made it into production. And the Seventies supercar story would have had a whole other chapter.

With huge thanks to the team at McLaren Chicago for the loan of the car, and for keeping it alive and well. 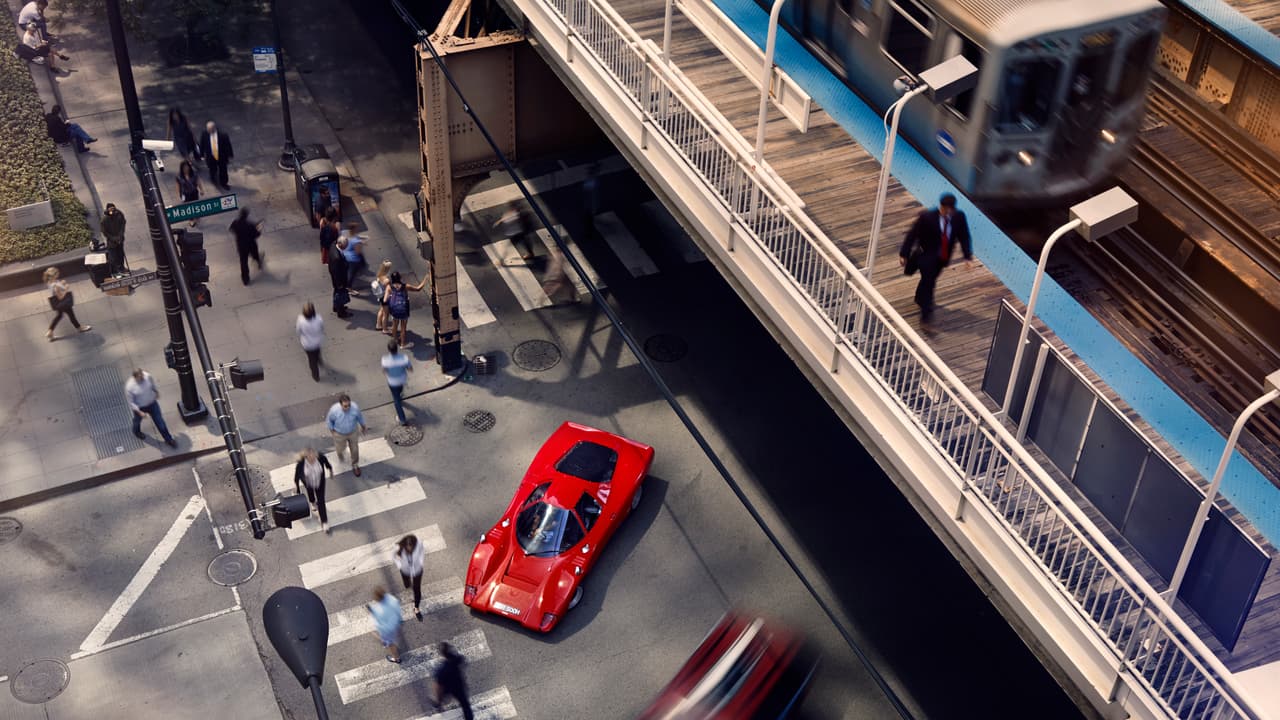