Driving the original Ruf Yellowbird CTR... and the new one

"What are the chances of getting a go in Ruf CTR 001? In a normal world, less than zero"

The Porsche 919’s lap of the Nürburgring this year might be the fastest of all time. But the best, most exciting, put-down-your-tea-and-just-watch lap? That still belongs to another Porsche – German tuner Ruf’s 1987 promo video of its new CTR Yellowbird. 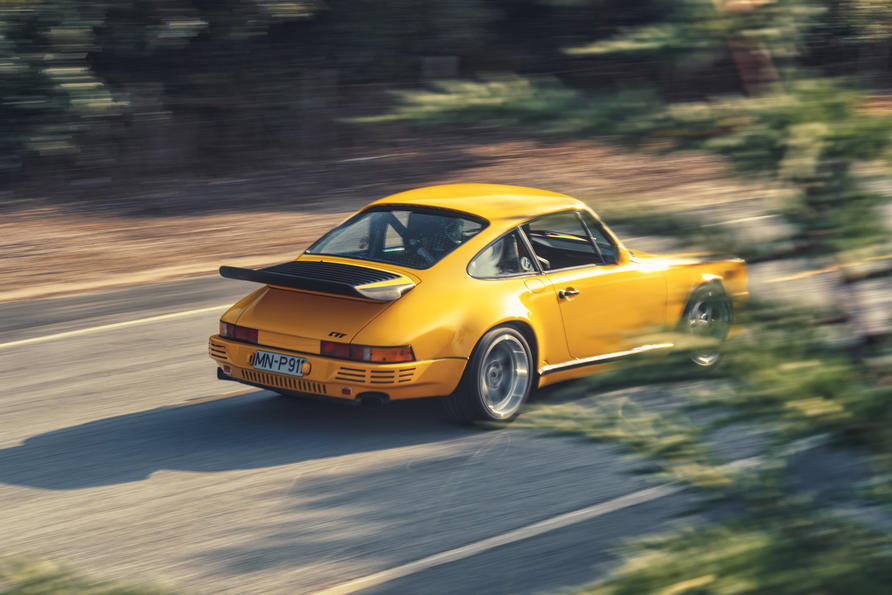 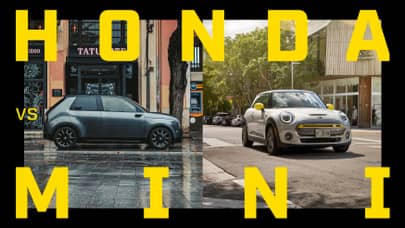 It definitely isn’t the fastest way around the circuit. But it certainly is the most entertaining to watch. So much so, it is one of two videos which effectively seeded – via pirated Betamax and VHS video cassettes, rather than a shared hyperlink – and kickstarted the whole viral video industry.

The first was Claude Lelouch’s ‘C’etait un Rendez-vous’ – ‘It was a Date’ – in 1976, which fooled us all for years that it was a dreamy, high-speed thrash through early morning Paris in a Ferrari 275GTB, only for it later to be revealed as a hoax. The camera was on the front bumper of a Mercedes 450SEL, the sound over-dubbed. So it immediately lost a lot of its original appeal.

But there was no doubting the second, ‘Faszination’ – Yellowbird’s two laps of the Nordschleife. One wholly on-board, the other a rather agricultural cut of in-car, trackside and helicopter tracking footage. If ever there was a film which demonstrated the quality and medium doesn’t matter if the subject matter is strong enough, this is it.

And then there were the test drive numbers, to add even more weight to the car’s already exalted status. In an era when bedroom wall poster all-stars like the Lamborghini Countach and Ferrari 288 GTO were on their shrieking, snorting limit at around 180mph, the Ruf CTR sailed past them and on to a barely believable Top Trumps-winning 211mph. so it instantly became something of an automotive unicorn. 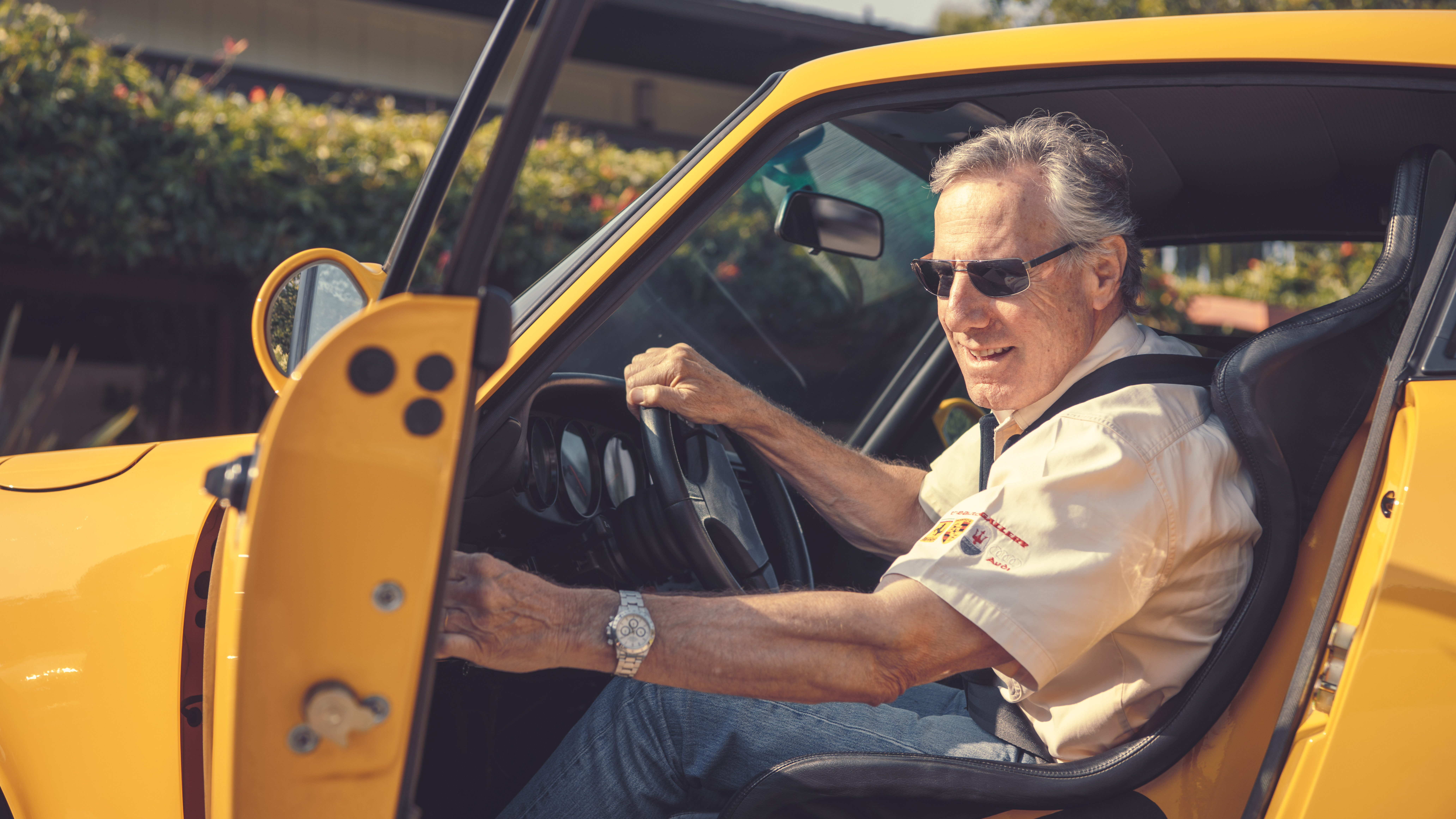 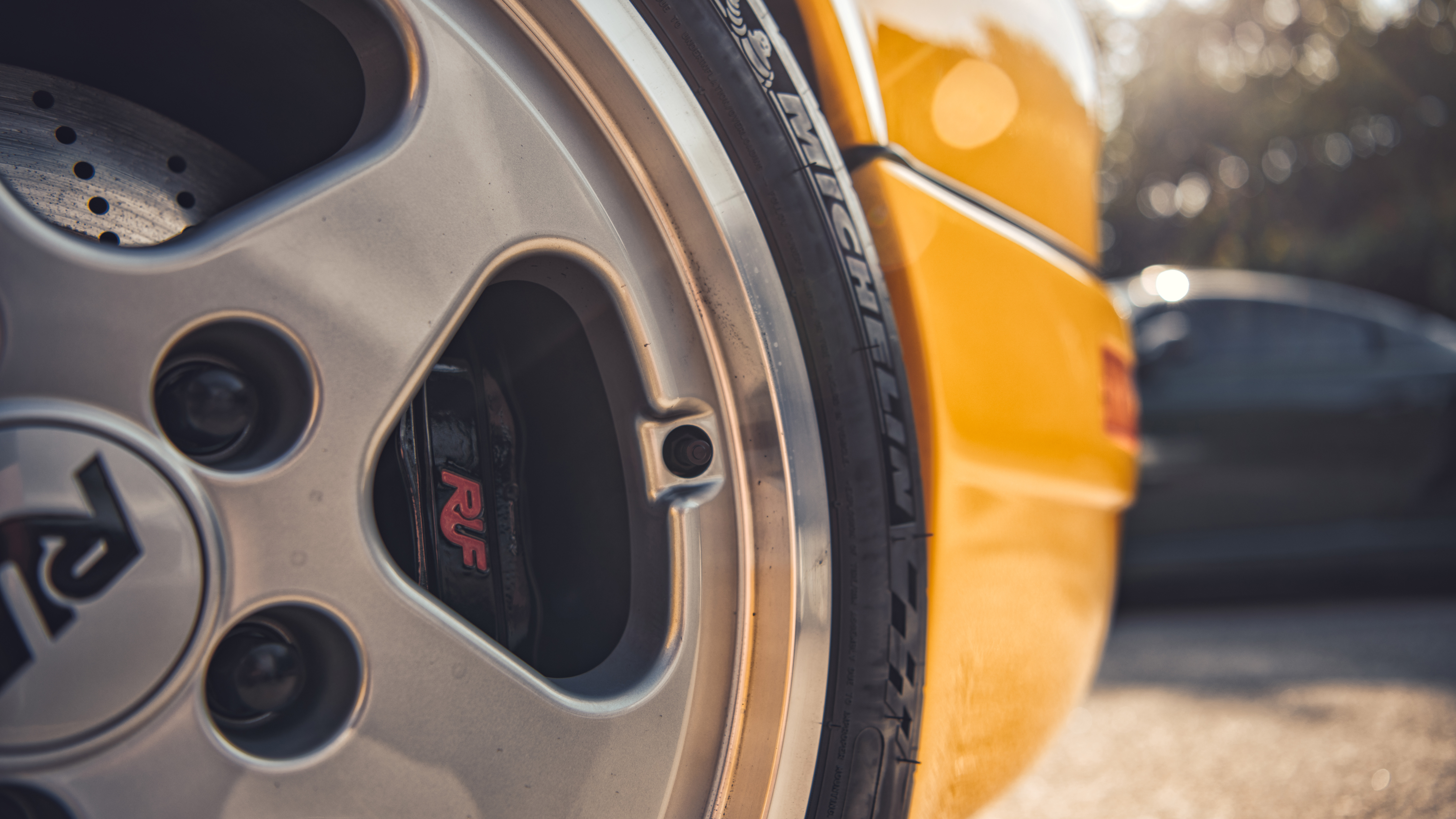 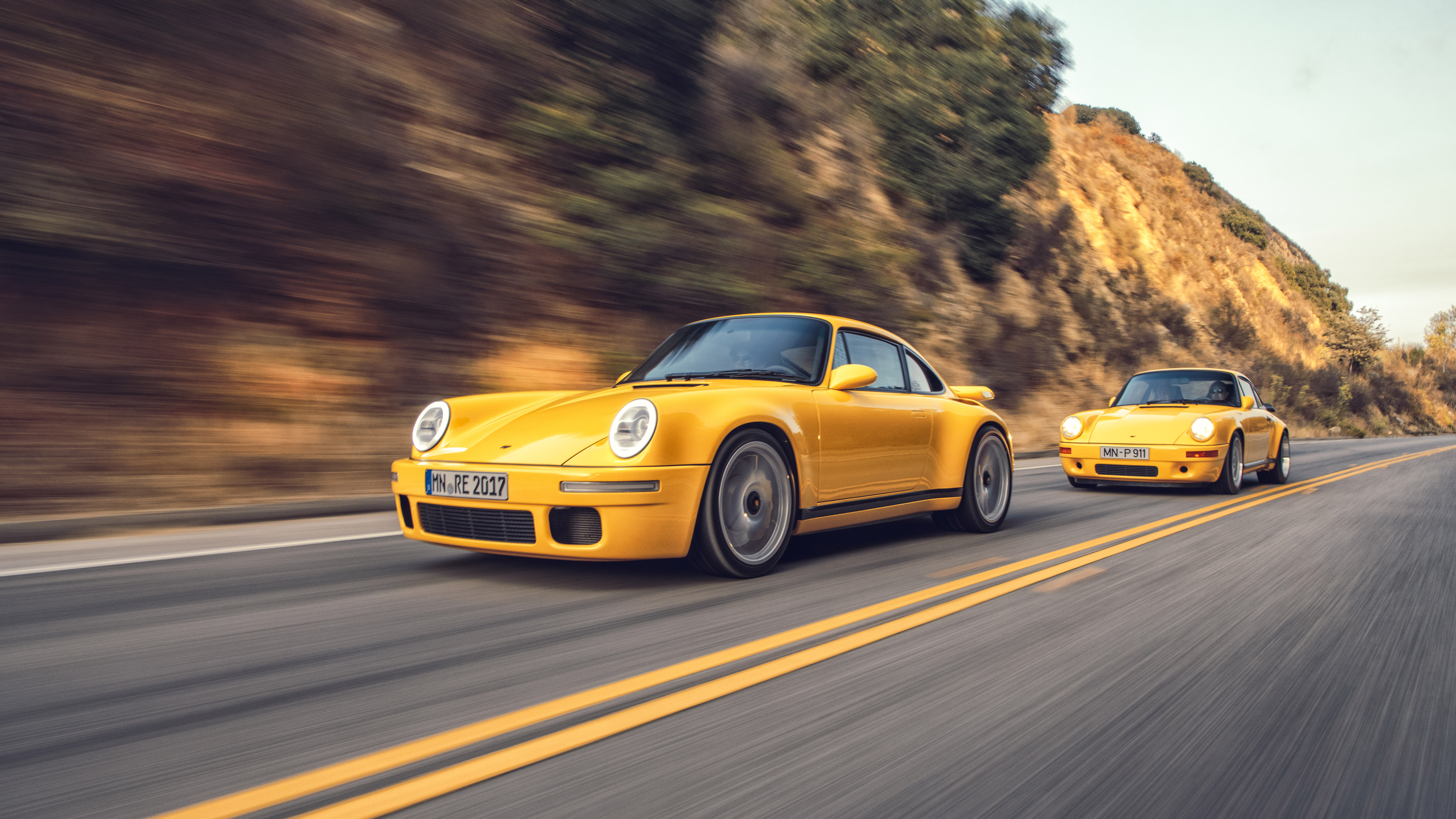 And therefore not the sort of car you ever think you might get to drive. I mean, Ruf only made 29 of them, which is fewer than the hallowed Ferrari 250 GTO, so what are the chances of getting a go in 001? In a normal world, less than zero. At Pebble Beach during car week, and on the day of The Quail Lodge motorsport event? Just an ask away.  It helps that new owner, Bruce Meyer, quite rightly believes all his cars should be driven, not just gawped at. But still…

So here I am, strapped into 001, the twin-turbo, overbored 3.2 engine – not the Porsche 930 turbo unit, as some people think – rumbling gruffly away out back, staring over those two familiar yellow front wings. First gear is a dogleg down to the left, the lever almost touching the extra bolster of the seat. The gearbox is Ruf’s own design as the Turbo’s four-speeder wasn’t considered enough and the 3.2’s five-speeder insufficient to handle the extra power and torque.

Pulling out of the car park, it’s immediately clear the fully renovated Ruf isn’t going to suffer any half-arsed inputs. Even with the fuel injection doing its best to feed the engine correctly, the flat six’s lumpy tickover urges you to get on with it, press the gas and get going. So we do.

Just as I’m starting to think the Yellowbird is a big pussycat, it tests me. The wheel jinks hard left and we nearly lurch into the opposing lane. In a $1.2m car

Like a catamaran surging up onto its hydrofoil, the Yellowbird is almost immediately surfing swiftly along the densely tree-lined Carmel Valley Road, the leaves already starting to blur at the edges. First to second, second to third, the heavy clutch bites nicely at the top of its action. The gruff-sounding engine starts breathing more heavily. The turbos start to whistle. The thrust is surprisingly linear, not explosive. Third to… uh oh, a glance at the speedo indicates perhaps we should back off a bit.

Boy, this thing is still absurdly quick. As it should be really with (a very conservatively measured) 469bhp pushing just 1,150kg. But it’s also the noise and the other in-car analogue sensations, the speedo needle rushing round the dial, the gearstick slotting neatly up and down through the ratios. Every lump and bump in the road being telegraphed up through the seat and via the steering wheel.

Ah, the wheel. This is what ‘steering feel’ is supposed to feel like. It’s easy to get lost in a pseud’s corner of similes and metaphors about how transparent and direct this is, but there really is nothing else quite like it. It’s not perfect, lightening up as you go faster to the point that it can get a little distant towards the top-end reaches of speed. But it’s nothing less than a faithful representation of what’s going on under the front tyres.

Which at this point is a large, mid-corner bump... We’ve turned up Laurele’s Grade, a winding strip of Tarmac heading towards Laguna Seca Raceway and, just as I’m starting to think the Yellowbird is a big pussycat, it tests me. The wheel jinks hard left and we nearly lurch into the opposing lane. In a $1.2m car. I was concentrating already, but now I’m in the midst of an adrenaline-fuelled red alert. 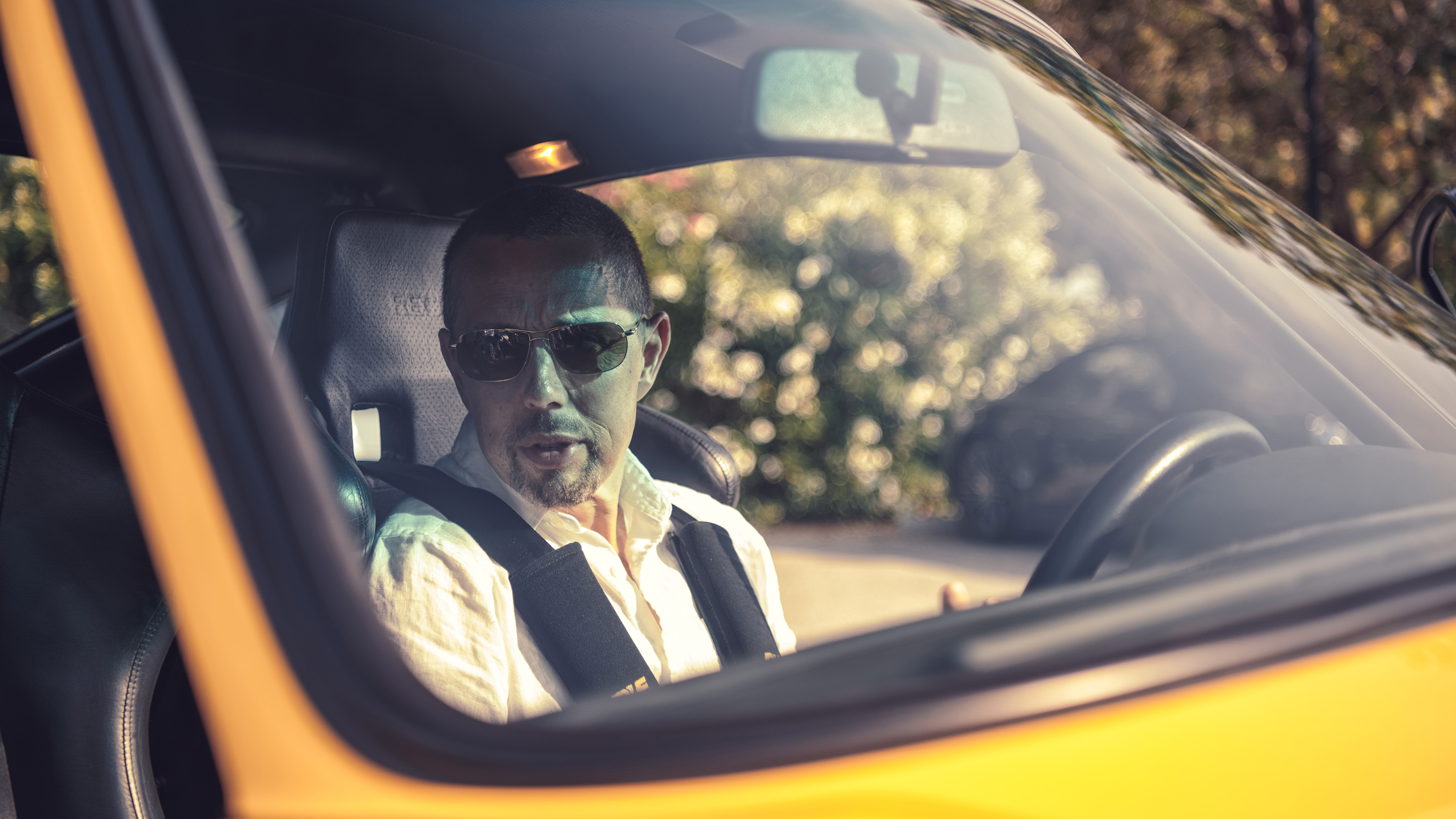 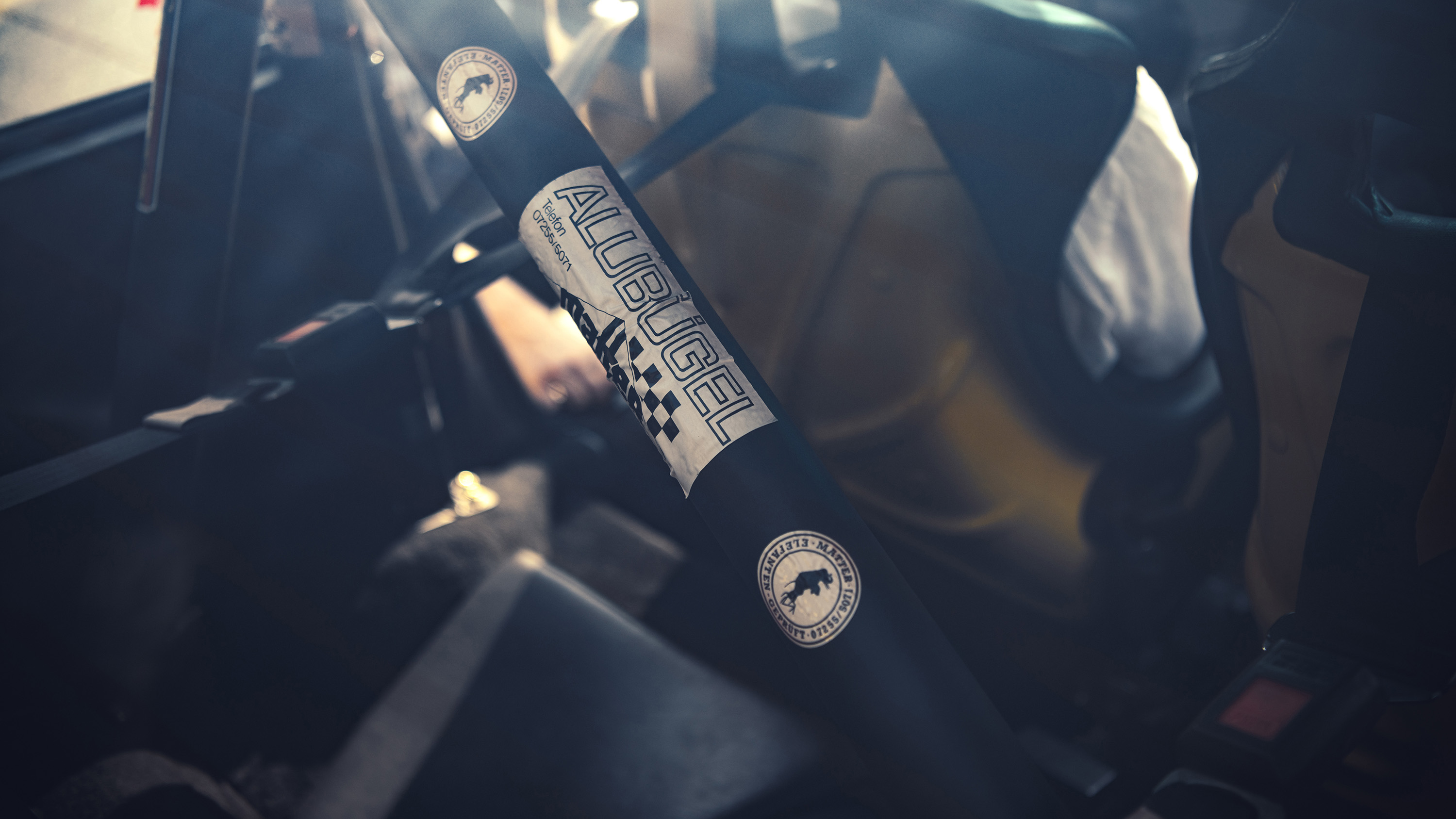 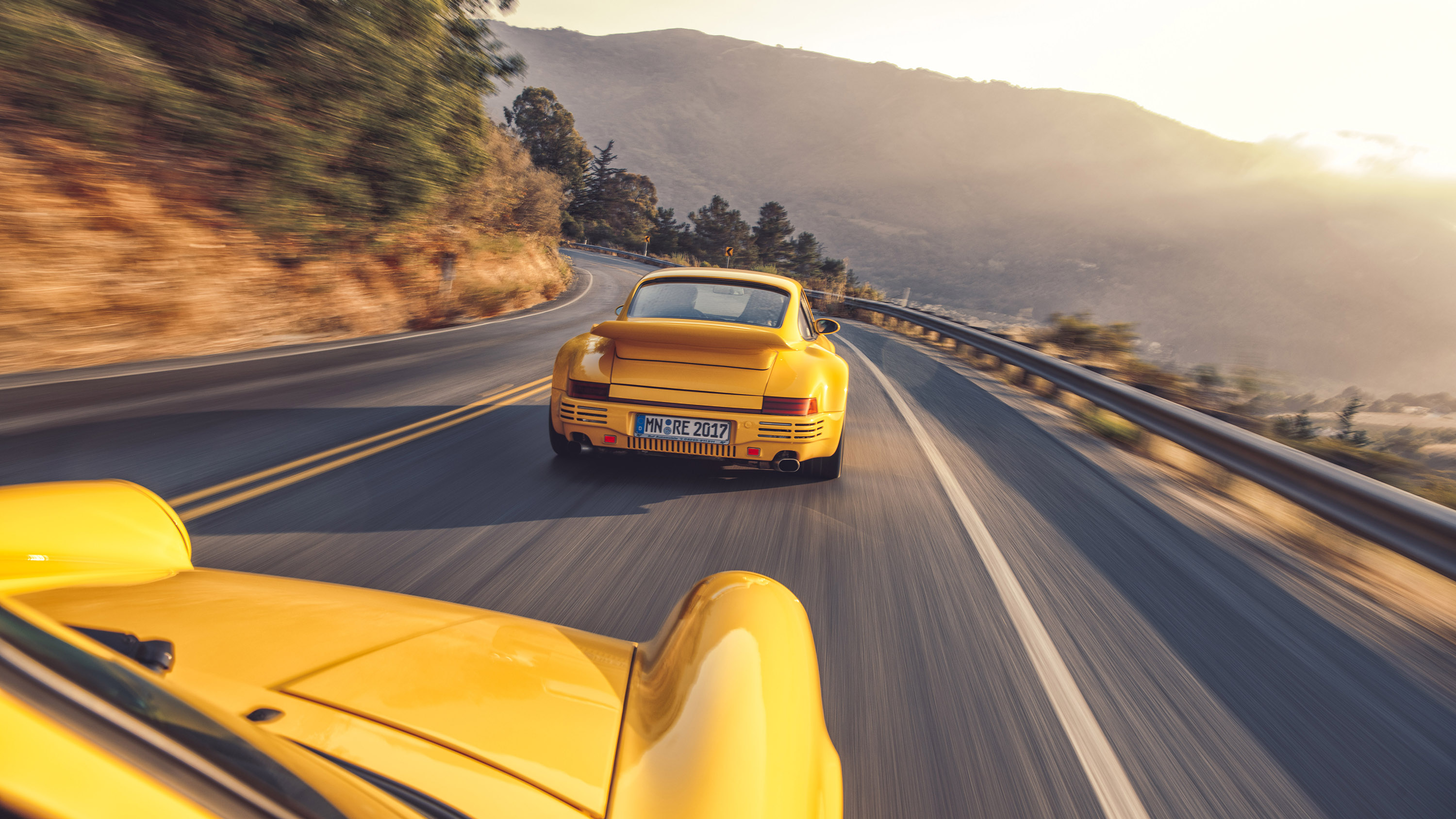 And that’s what CTR001 is all about – staying alert, enjoying the drive. Not just slouching in your seat, throttle on the floor, ticking off gears on a paddle and the chassis systems sorting out the handling. You have to actively, physically drive it. It’s like a 911, only more so. A 911 squared, if you will. A 911, with all the inputs and outputs tuned, amplified and delivered in a direct, no-nonsense way.

I had massive expectations of this car and was not in the tiniest bit disappointed, which is a huge achievement considering the decades I’ve had to build my preconceptions. But today isn’t just about the past; it’s about the present and the future of Ruf, too. That’s why we’ve also brought along the Yellowbird’s spiritual successor, the 2017 CTR.

While it might look at first glance like a hot-rod version of a 964, that is very much not the case. Look closely and there are virtually no Porsche parts on this 30th anniversary Yellowbird at all. Only the front and rear screens, the door glass and frames are from the Weissach parts bin. 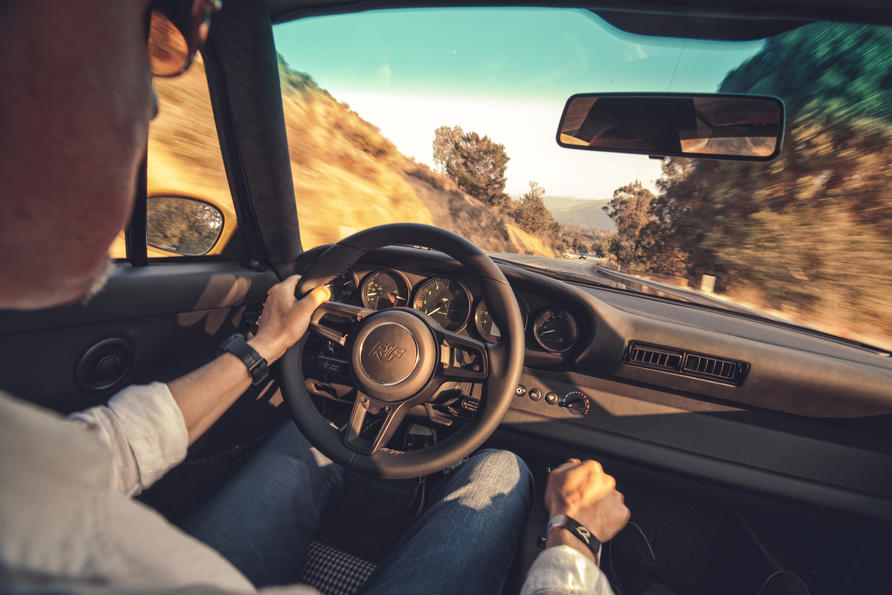 The new Yellowbird starts with a carbon tub and space frame, which is then clothed in Ruf’s own spec carbon fibre panels. All of the brakes and suspension are new and the engine is a heavily tuned 3.6-litre Mezger unit, as originally found in the 997 911 Turbos. The gearbox is a six-speed of Ruf’s own design.

The net result is an even more extreme version of the original car. Weight is 1,200kg, power now 710bhp, torque a not inconsiderable 650lb ft. Which might make it sound like a bit of a handful. But nothing could be further from the truth. Driving it on exactly the same roads I’d driven the 001, it was immediately much calmer in every way – suspension, steering inputs, power delivery.

But crucially no less involving. Some of the waywardness of the original – the bobbing bonnet, the bump steer – is gone. But the essential breathy, explosive wave of endless thrust and crystal clear feedback is all present and correct. It’s everything you’d expect – and hope – a next generation Yellowbird could and should be.

Yet there is one thing missing. I ask Alois Ruf, who is with us on the drive, if he’s planning to do a remake of the Faszination video for the new car “Ha... probably, yeah,” he says.

Who would be the driver? “It has to be Stefan. He still has the shoes – and the socks!” 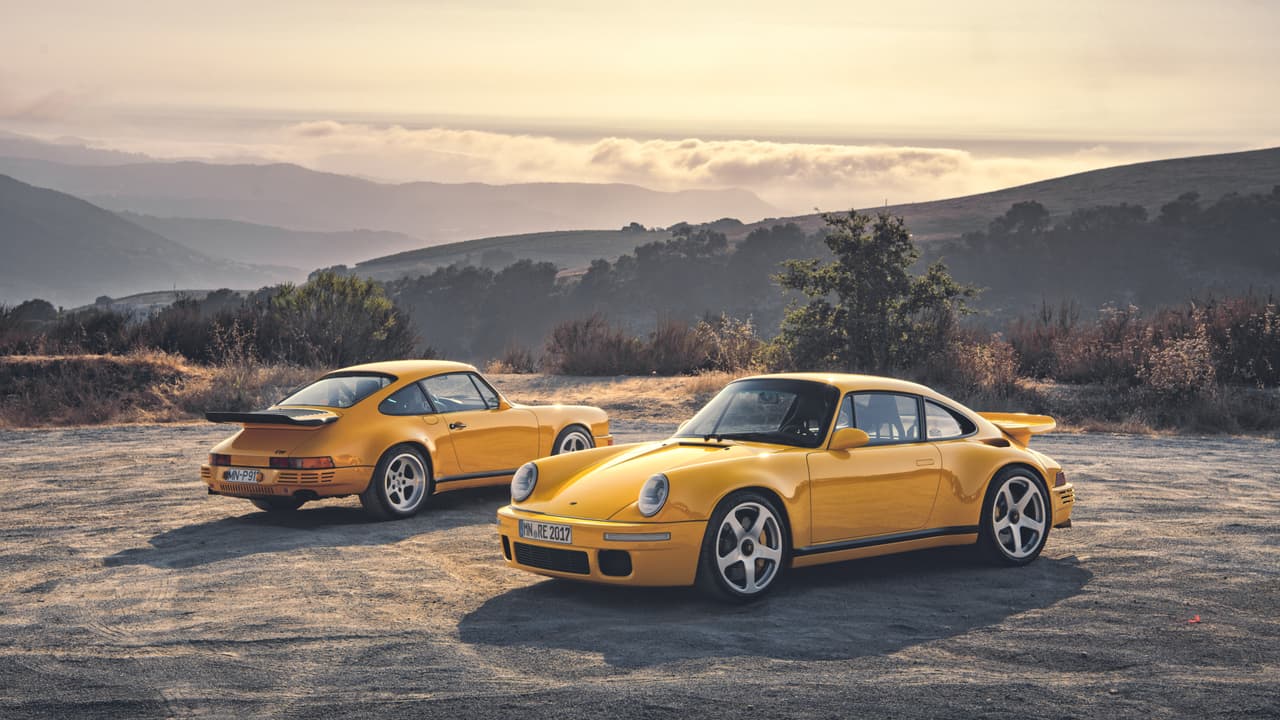