How much can you learn about driving in one day... in a Vauxhall Corsa? | Top Gear
Advertisement
Best of 2021

How much can you learn about driving in one day... in a Vauxhall Corsa?

Can a novice get to grips with the basics in a day in Britain’s most popular learner motor?

Britain’s bestselling car. Is also the car that teaches Britain to drive. This is not a coincidence. Plenty of learners go on to buy a Corsa. They want transport and here’s a small, affordable, easy car that’s already familiar to them. Tick, tick, tick. These people are not like you and I. But they are the majority. And the majority do not buy ‘good’ or ‘interesting’, they buy ‘ease’ and ‘value’.

Vauxhall supplies thousands of cars to driving schools every year. I suspect it’s a profitable enterprise. But how easy is a new Corsa to learn in? I’ve been asking myself questions like this a lot recently since I have a learner of my own at home. My daughter Sasha is now 17. She is not like you and I either. For a few days this Corsa shared driveway space with a Huracán STO. She needed a lift to volunteering. She chose the Corsa. I wasn’t having any of that. I did have to agree to drop her very far away where no one could see her.

The only driving she has done before was when I nabbed her godmother’s VW Up and took her to a gravel lane to get her used to using a clutch. Then got her to bring it to a stop using only the manual handbrake. That made us both grin. Realising my limitations today I’ve lined up someone proper. Karen Bransgrove is the chief instructor of the Driving Instructors’ Association. The instructor’s instructor. The aim is to see how far we can get Sasha in one day using the Corsa. To passing standard, I’m hoping, as that’ll save me a fortune. From memory I had about 10 hours of lessons (and I do remember each lesson cost a tenner), but the guidance today is to expect to have 45 hours of instruction. Which, at around £27.50 an hour, works out at over £1,200. 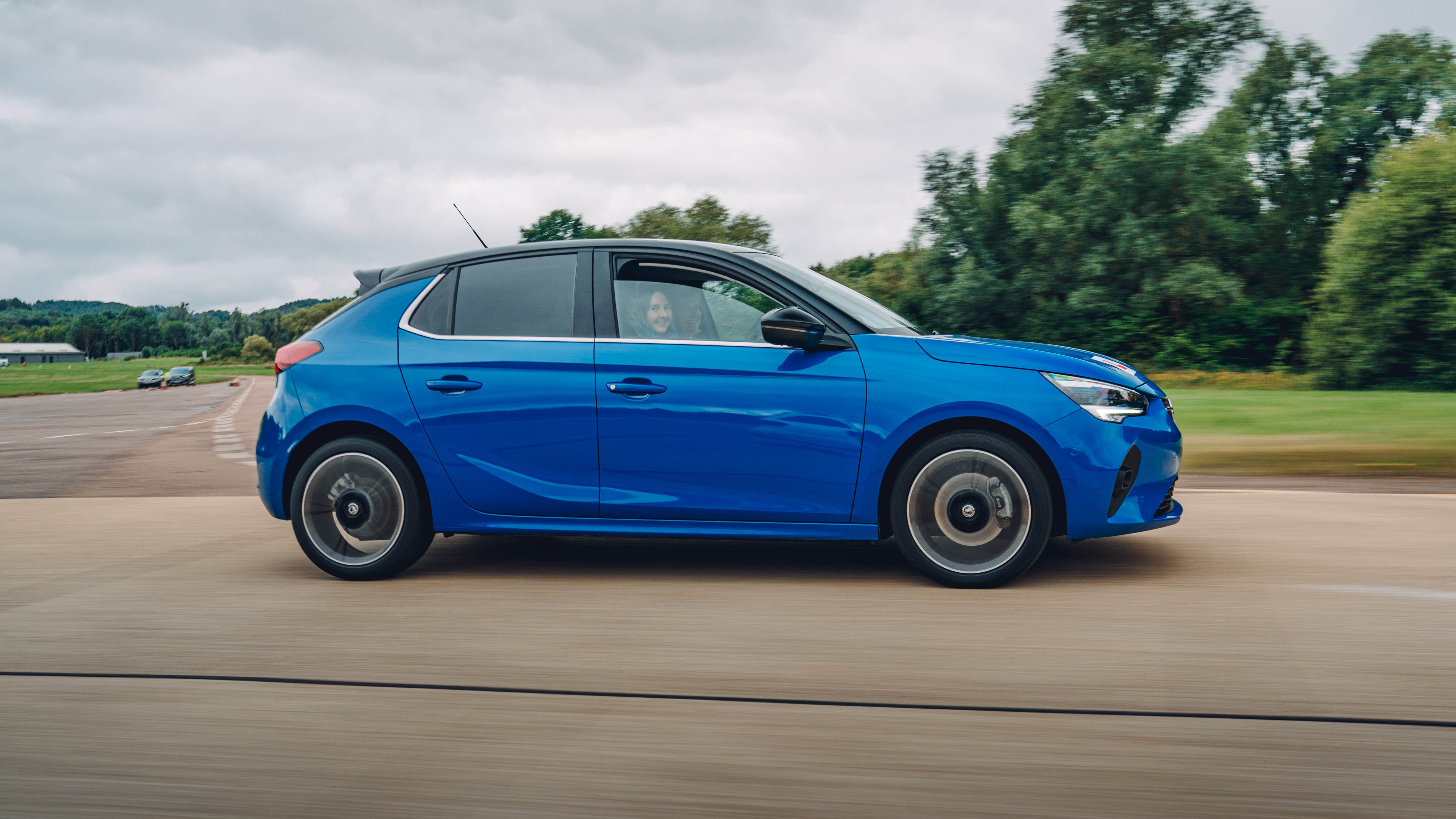 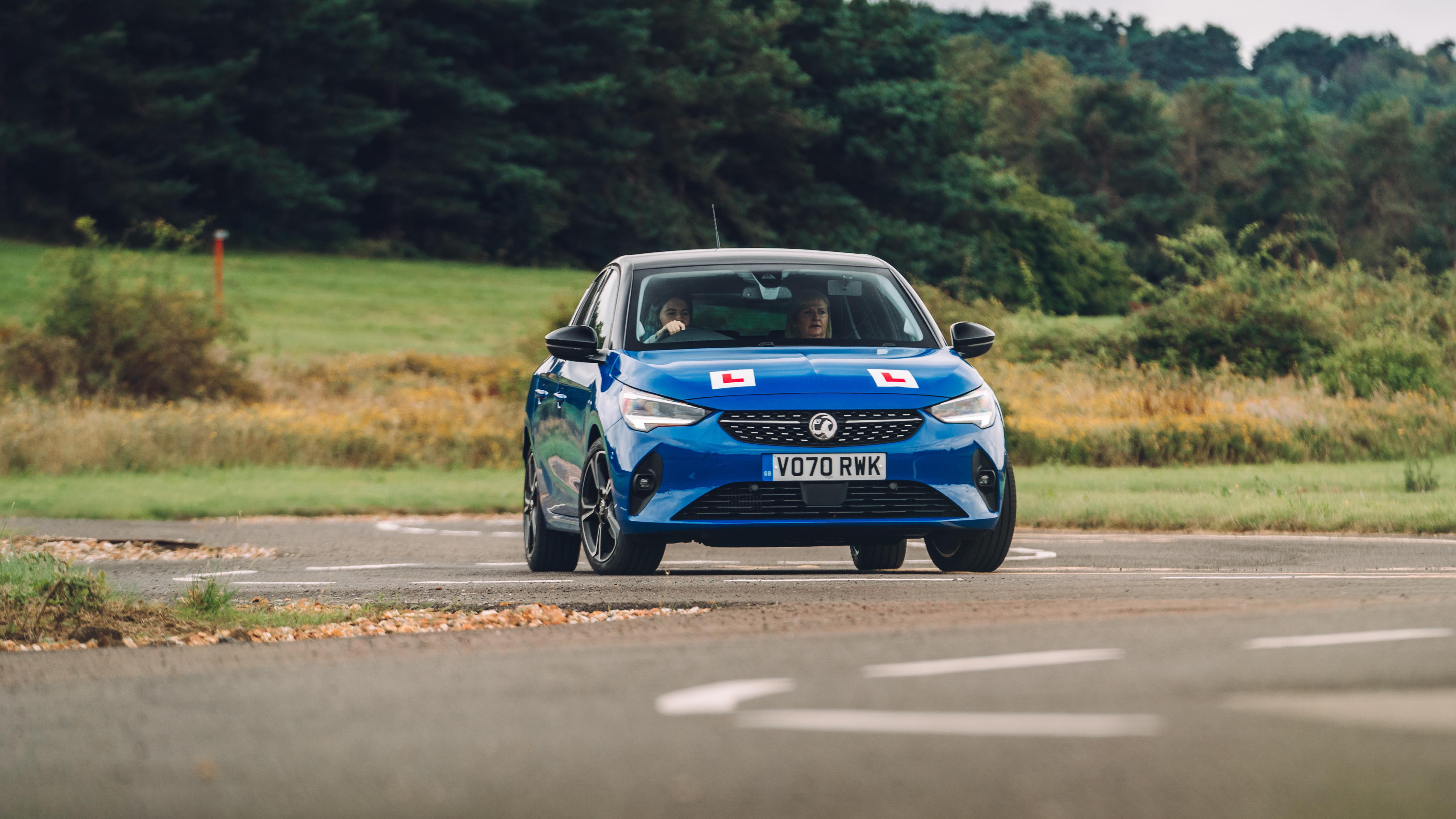 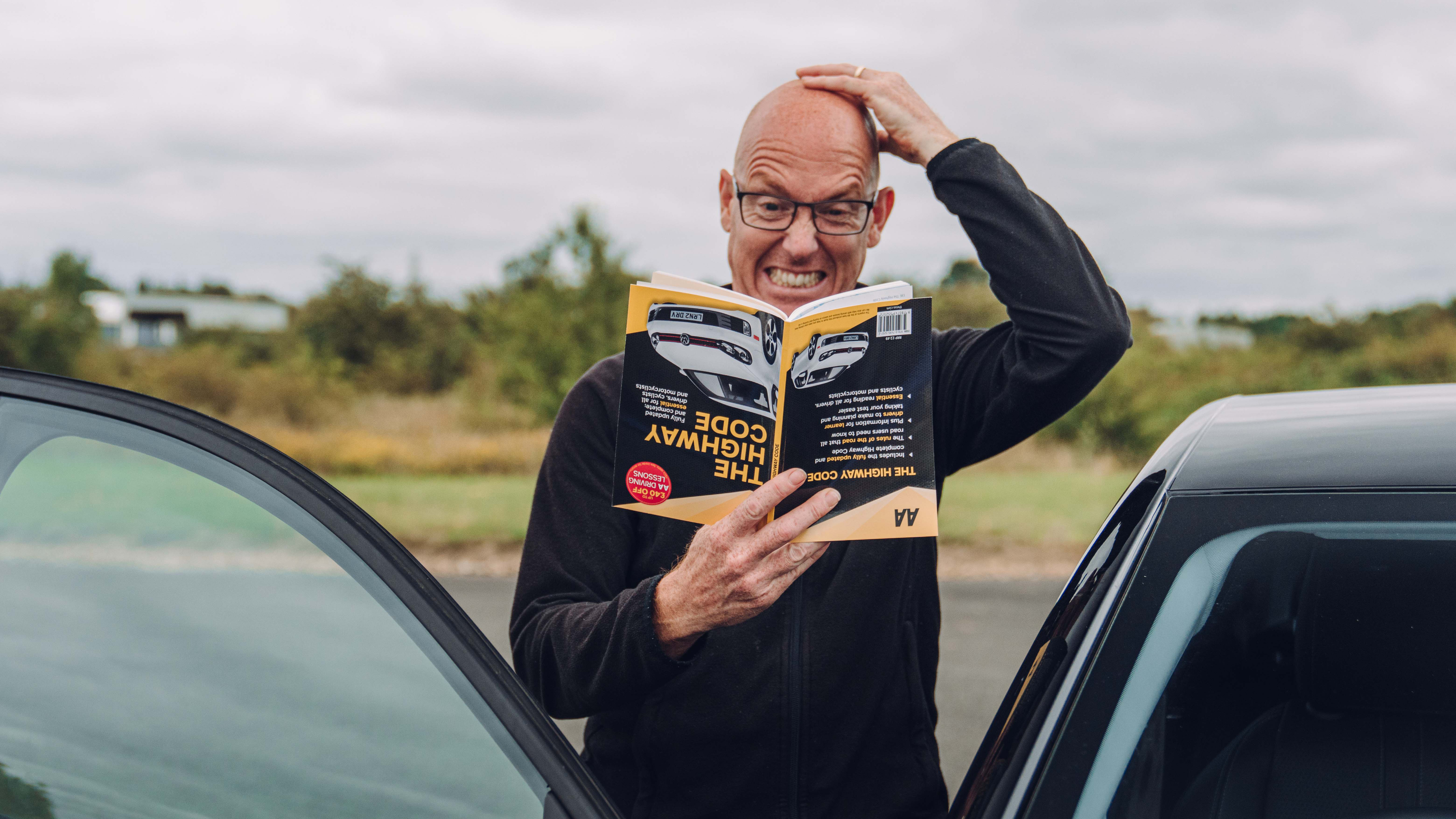 No wonder people aren’t learning to drive. And they’re not. Back when I passed my test (1991 when, I insist on telling my kids, everything was more difficult, especially GCSEs and A-levels), 48 per cent of under 20s had a driving licence, now it’s 29 per cent. That’s a big drop, and cost rather than better public transport or everything happening online is the main reason cited. It’s also £23 for a theory test and £65 to do your practical – and less than half pass their test first time round...

Ease of driving is therefore crucial. But modern cars – and the Corsa certainly isn’t alone in this – aren’t straightforward. From 2022, all new cars will have to be fitted with further ‘safety’ features, including lane keep tech, reversing detectors, emergency braking and speed limit assist, attention warning systems and more. Let me tell you this: the thing most likely to panic any learner is the car doing something they don’t expect. They need to be in complete control. For you and I, having a wrestle with lane keep is irritating, for learners it is potentially lethal. And lethal again when you’re trying to find the button to turn it off.

And it’s not just the safety systems. At various times during the day Sasha gets confused by the automatic parking brake and the engine stop/start system. To her, the car isn’t behaving consistently or logically. Even the gearbox is a puzzle to begin with, and it’s an auto. But the lever always returns to centre and it’s hard to spot the gear position info on a dash screen dominated by lane keep graphics. Why auto? Partly because I knew we’d achieve more in a day, partly to point out that although autos are on the rise (they’ve gone from accounting for five per cent of Corsa sales eight years ago to 25 per cent today), the vast majority (90 per cent) still learn in a manual. Glad to hear it. Electric? Barely on the radar for driving instructors yet, and really, it’s just another auto. Mind the regen braking.

We’re at Millbrook. First on the steering pad for the starting, stopping and steering, then on the city course to introduce road furniture. This is learner heaven. And it’s got me reminiscing. Back before I got driving I assumed there was this magical place where you went to learn, because surely they didn’t allow someone who had never been in a car before to go out and play on roads alongside trucks and pedest... oh, they do. My initial road legal driving experiences were at the back end of an industrial estate, chosen largely so my instructor could throw his fag butts out the window to lie concealed among the detritus of pallets, weeds and oil barrels. But then on actual roads, where 40mph felt as exhilarating and terrifying as pedalling my bike down a steep hill had only a couple of years (but obviously a lifetime of maturity) earlier, I couldn’t believe – during my constant mirror checks – that I was holding everyone up. How can they be keeping up? I’m going like the wind here.

Karen is similarly impressed with the venue and reckons Sasha is picking driving up three times faster simply because she doesn’t have to focus on anything else. We’re 45 minutes in and she’s whipping around the outer circle, doing figure of eights and accelerating and braking smoothly.

We move on. The city course is super tight, which means lots of steering input. We need to talk shuffling. Karen tells me why it’s the correct method (keeps your body balanced in the car, keeps both hands on the steering wheel, prevents arms being in front of it should an airbag go off), and Sasha has no trouble adapting. I remember “have you crossed your arms yet?” being literally the first thing my mates asked me after I passed my test (second time round, all the best people etc). Yep. First thing I did as I drove out the test centre and I don’t think I’ve uncrossed them since.

The Corsa’s brakes are sharp and sensitive at the top of their travel and even I find it almost impossible to stop the car without that final lurch. It’s also got a turbo, which means power delivery isn’t linear, but runs away as the boost comes in. Just me that has that issue – Sasha hasn’t been troubling the turbo. And few learners drive turbo Corsas: the biggest seller is the most basic, the 1.2 SE starting from £15,815.

Tiredness is starting to creep up on Sasha, but in a day she’s gone from basic novice to a driver that has full control of speed and direction, can manage the secondary controls (wipers, indicators and so on), recognise road signs and has started to develop that routine approach to hazards that we do without thinking. I decide to bite the bullet and ask Karen to sit next to me and tell me what I’ve forgotten over the last 30 years. The Corsa is parallel parked. Karen asks me to imagine I’m among normal traffic, and then instructs, “When you’re ready, proceed.” The phrase alone transports me back to my driving test. God that feeling is desperate, horrible. I churn inside, appear to have lost all processing ability, but finally get going. A pause, then, “So, what didn’t you do as you pulled away?” she asks. I grasp at nothing, “Would you normally check your blind spot maybe?”

“OK, but if this had been a test situation, Sasha would have lasted longer than you.”

VERDICT: There are better superminis out there (Fiesta) than the Corsa. But for a novice it’s much easier to learn in an older car without the complex driver assist systems. Plus you’ll save money. And insurance cost. 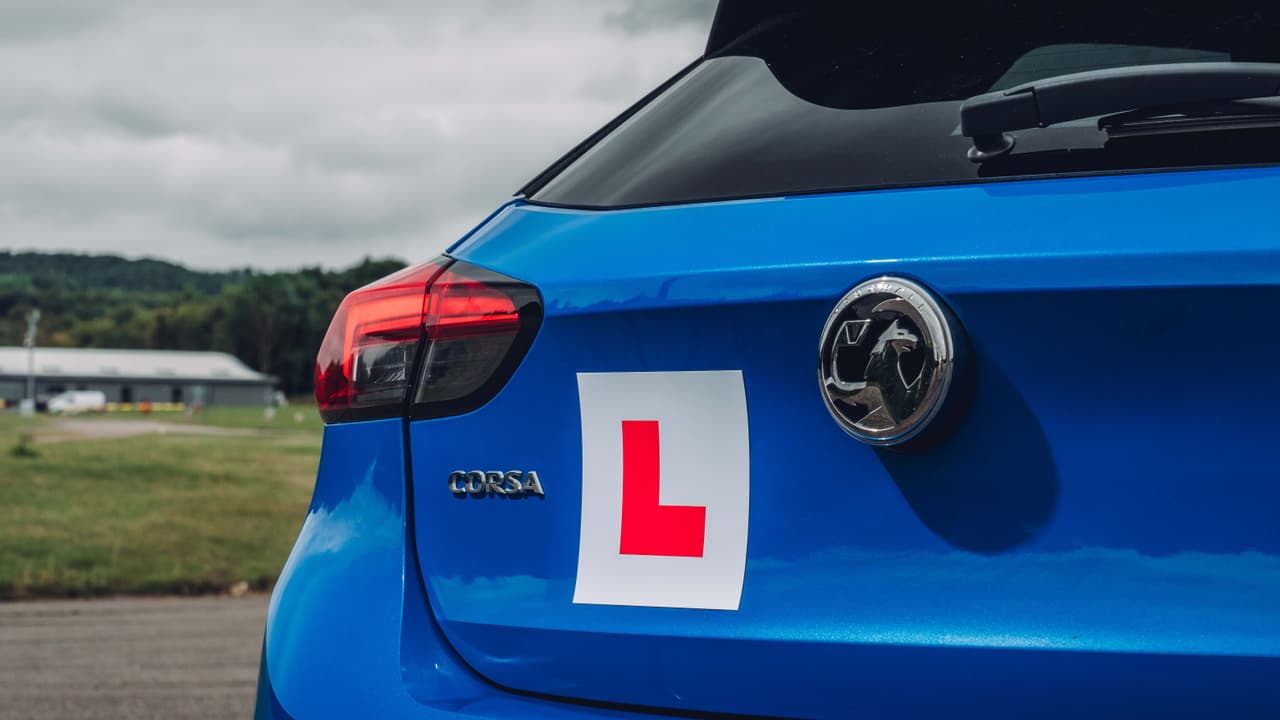