We hitch a lift in BMW’s latest art car with the man who created it. You might have heard of him...

Can a car really be a work of art? Let’s examine some evidence. In a landmark 2019 legal hearing brought by Ferrari against the Ares coachbuilder, an Italian court decreed that the 250 GTO was exactly that and therefore could not be imitated or reproduced. At $50m-plus, its monetary value is on a par with some of humankind’s greatest artistic achievements, if monetary value is your preferred metric.

So that’s the car as art. But what of the art car? The vehicle you see here is the 8 X Jeff Koons BMW, a car that tests the thesis by being available in a run of 99, and bears the unmistakable and mischievous imprimatur of one of the world’s top artists. And showmen. 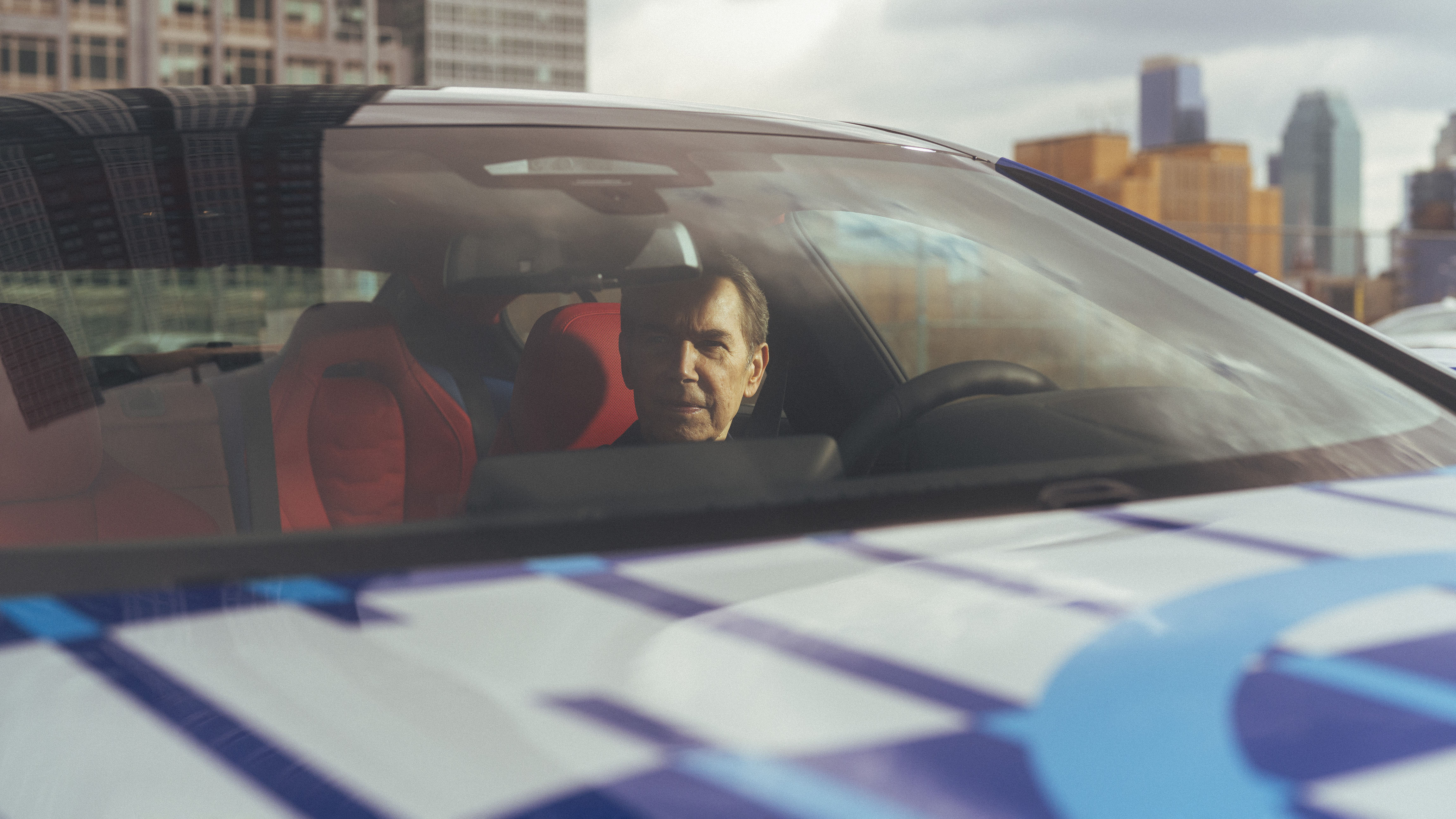 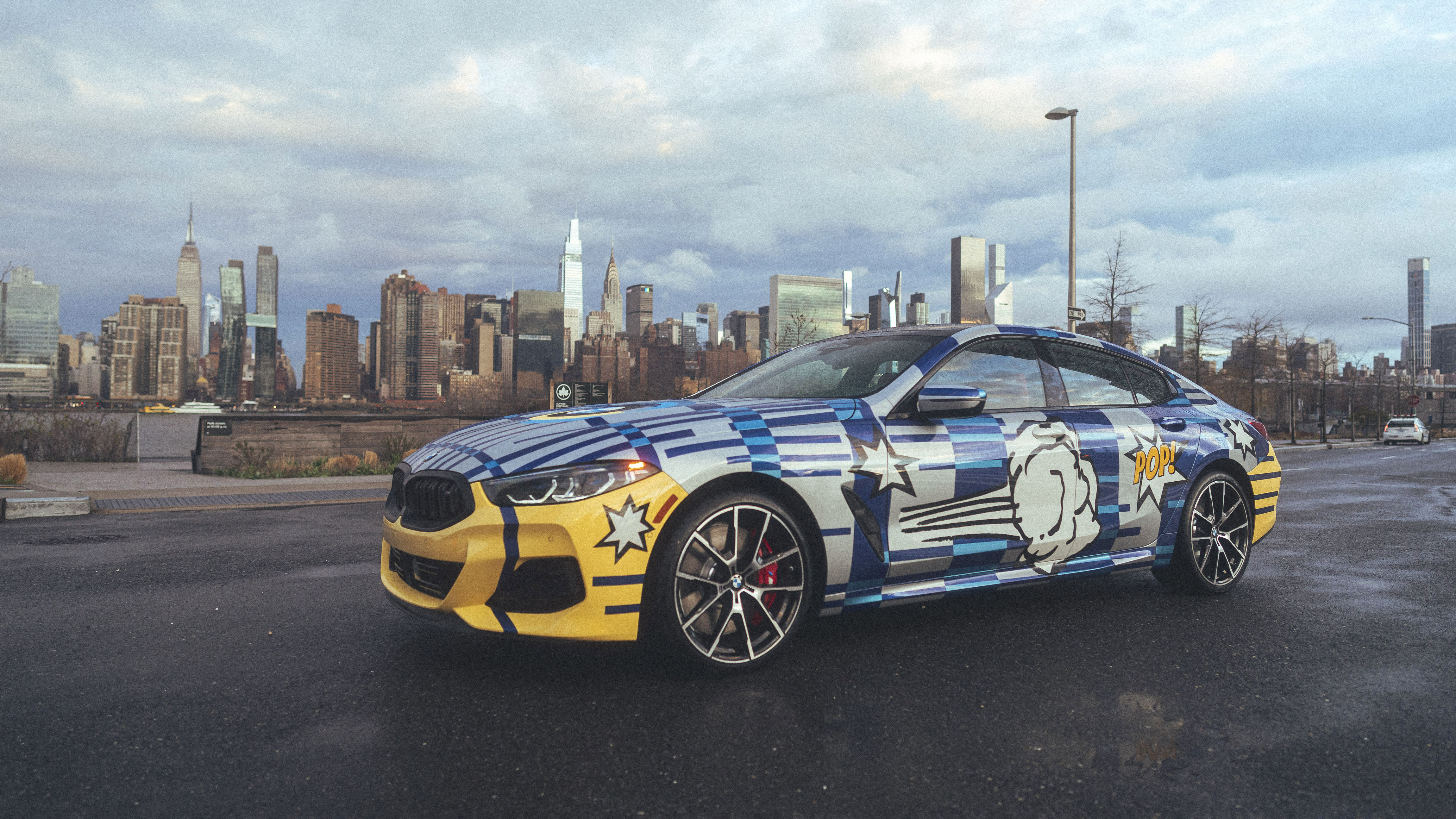 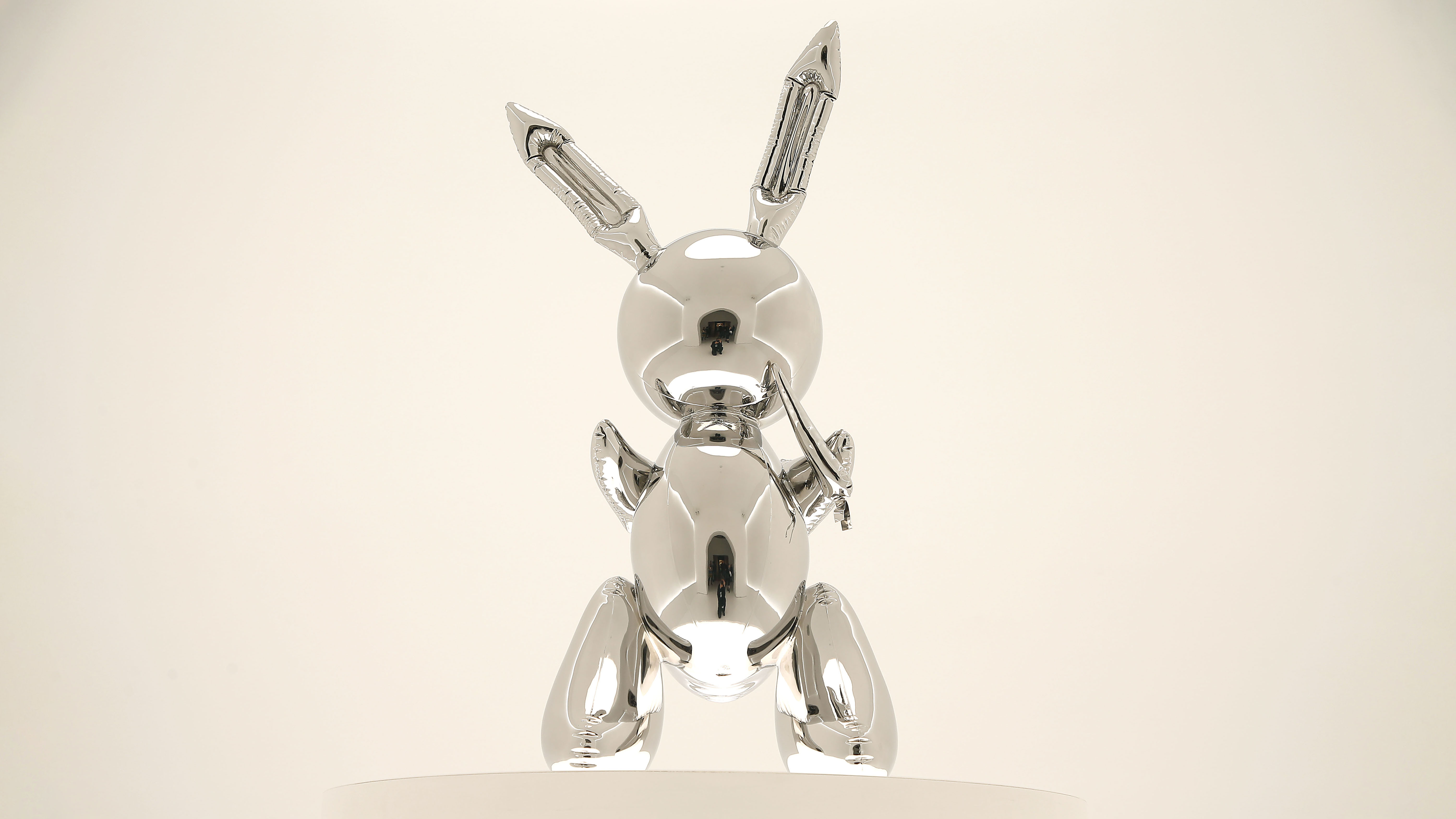 BMW has form here, having created 19 art cars since American artist Alexander Calder treated a 3.0 CSL as a mobile canvas in 1975. BMW raced it at Le Mans that year. “The public loved the idea. It was easy to understand, and it looked rather like a kid’s drawing, with very bright colours. It was like a moving sculpture,” Hervé Poulain, the French racing driver and auctioneer whose idea it was, told me a few years ago.

Since then, the programme has grown in stature and attracted the superstar likes of Roy Lichtenstein, Frank Stella, David Hockney, Jenny Holzer and Andy Warhol. “I adore the car,” Warhol observed. “It’s much better than a work of art.” Rather than using a scale model before transposing the work, Warhol set about a BMW M1 with thick decorating brushes and pots of paint. It was done in 20 minutes. That car also raced at Le Mans, in 1979, finishing an impressive sixth. Extraordinary at the time, all the more so now given that this is widely regarded by experts as the most valuable car in the world. “Effectively priceless,” one told me. Well north of $100m, if you insist on a figure.

High finance has long had its wicked way with modern art, something that has certainly benefitted Jeff Koons. One of his pieces – a glossy stainless steel rabbit – sold for $91m at a Christie’s auction in 2019, superseding the record he already held as the most expensive living artist. The former enfant terrible is now a pillar of the art establishment, but there are critics aplenty who refuse to take him seriously. 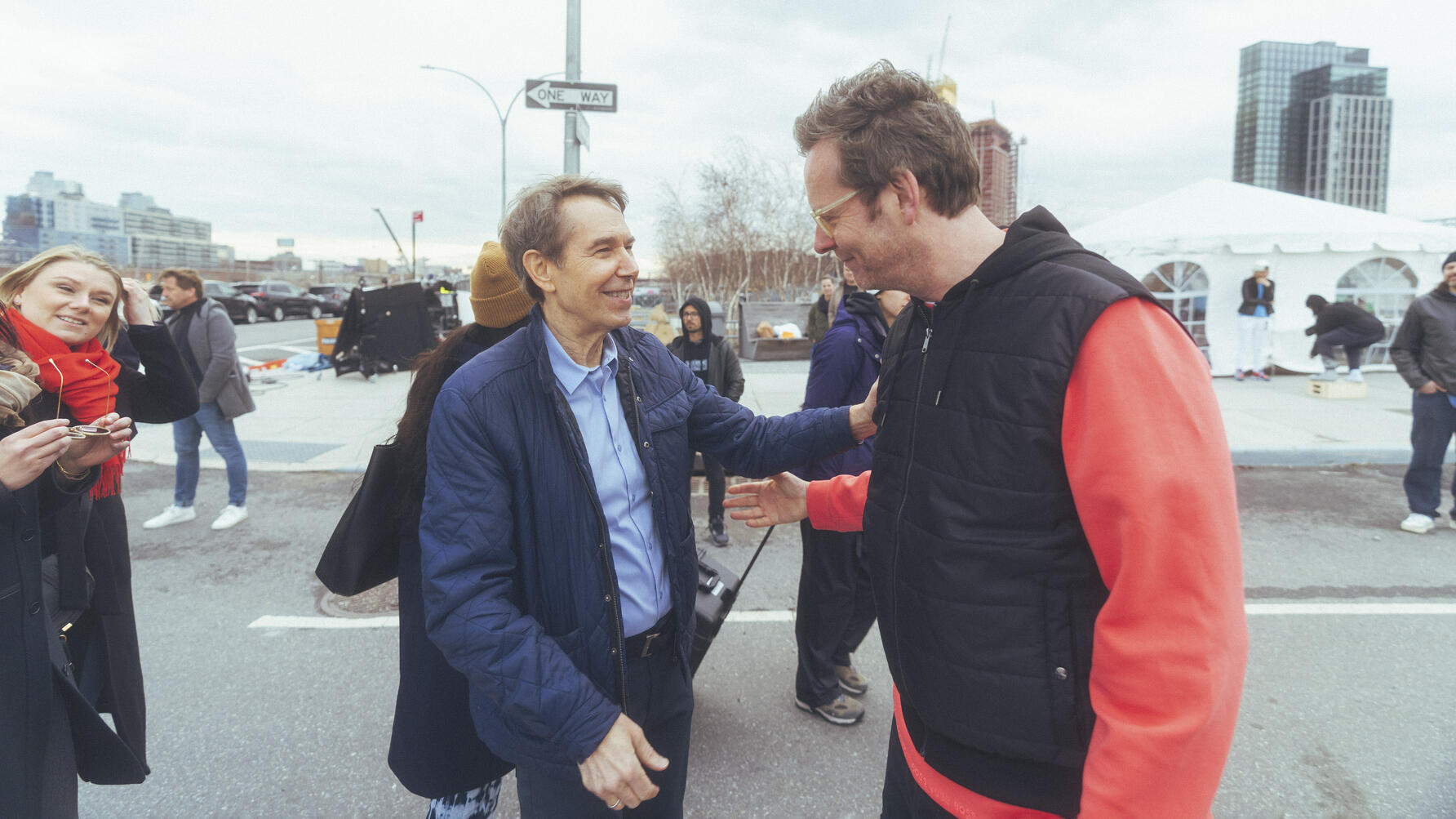 But we’re here for the cars. In 2010, Koons created BMW’s 17th art car, an incandescent reinterpretation of an M3 GT2, which also raced at Le Mans. “Art is all about a narrative,” he told me during the car’s reveal. “The narrative I enjoy and trust the most is the one that connects us all – life. This car is about life energy, it’s that millisecond before life comes into being. This car is striving to get where it needs to go, to beat all the obstacles in its path. So it’s a metaphor for our lives, and a reminder that we’re all winners. Because if we’re here at all then we’ve won, and we should embrace all the possibilities that exist.”

Unfortunately, the M3’s possibilities were reduced by gearbox gremlins and a fuelling problem. Now there’s a sequel, of sorts, a new Koons artwork produced on the BMW M850i xDrive Gran Coupe. Definitely not an official entry on the art car list, here’s the 8 X Jeff Koons. It’s a Neo-Pop fantasia, melding 11 colours and incorporating explosions, puffs of smoke, and comic book-style speech bubbles that underline the Pop Art influence by screaming simply ‘Pop!’. It also cheekily messes with the BMW logo. Inside, the cupholder panel is laser engraved with Koons’ signature, and there’s eye-popping red and blue leather everywhere. He won’t thank me for the comparison, but it’s like Spiderman has been melted into the seats.

In the US, each car costs $350,995, but the entire run sold out immediately. Actually, one was held back and is due to be auctioned by Christie’s in New York, in aid of the International Centre for Missing & Exploited Children. Today, TG will be co-driving it to the auction house near Rockefeller Plaza with Jeff Koons himself.

This hasn’t been easy to arrange. BMW’s US wing is paranoid about the car’s well-being, especially as it will be living in a glass box outside the auction house for a few days before the big night. Manhattan’s roads are worse than London’s both in terms of surface quality and the manic unpredictability of the driving. Covid might have kicked its ass for a while, but the famously blunt New York attitude has come roaring back. 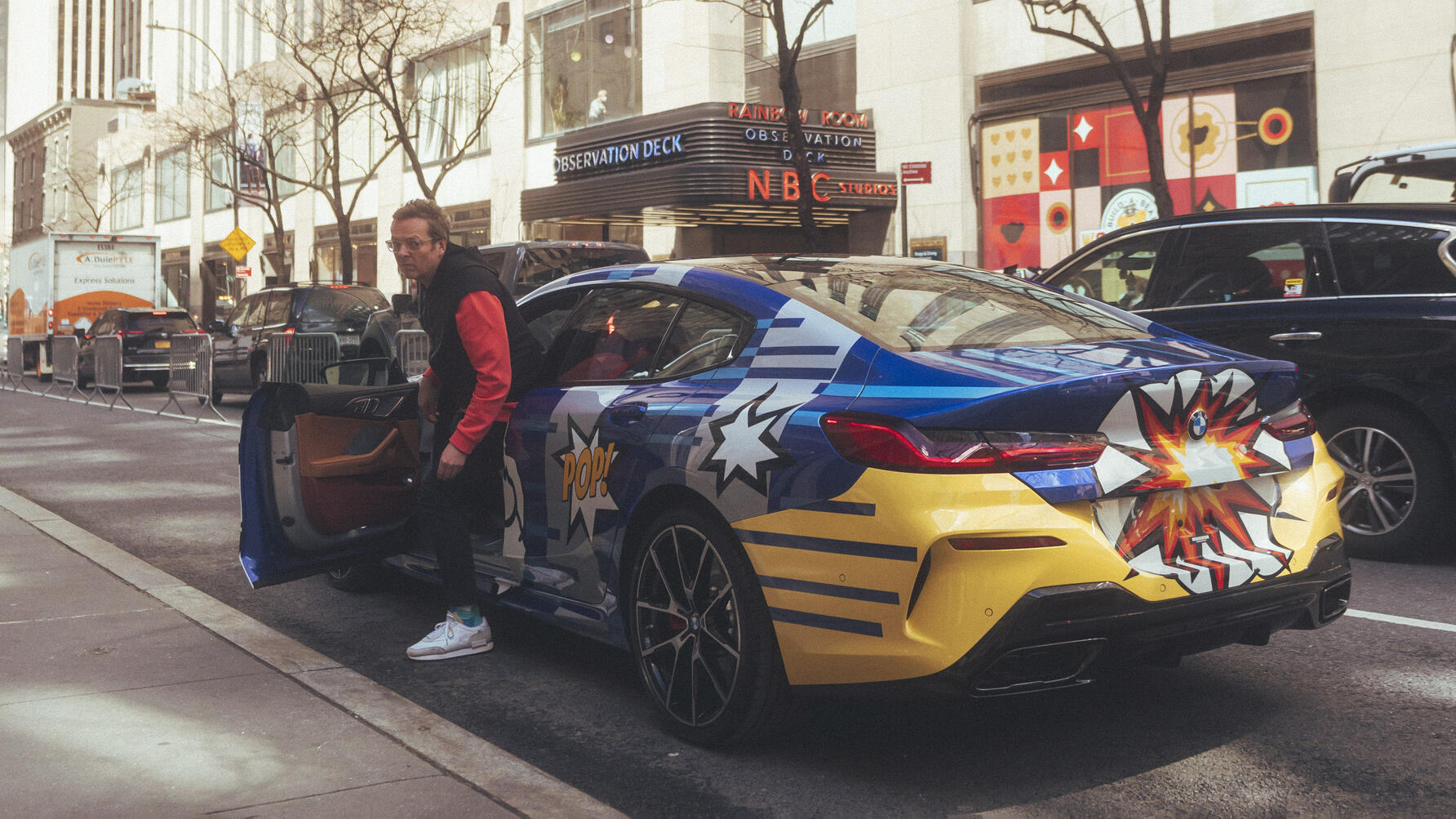 So this won’t be a major road test, although we’re familiar with the 850i’s silken powertrain, genuinely effortless performance, and the location of its horn (essential equipment today). We start at Hunters Point on Long Island, a formerly bleak industrial zone that’s undergoing rapid redevelopment and offers a megabucks view of midtown Manhattan. Koons arrives in a chauffeur-driven 7-Series, and says hello to the crew and a trio of influencers that have been corralled for maximum social engagement. Victoria Brito, Wisdom Kaye and Evan Mock (5m Instagram followers between them, pah) throw some shapes and look young, fashionable and influential. “I love your jacket,” Koons says to Mock. “My eldest son is very interested in fashion.”

He’s an amiable, almost avuncular character. He looks younger than his 67 years, and you can imagine him being a prosperous realtor or maybe a boutique publisher. But no, this is arguably the most influential and disruptive artist of the past 40 years. Having met him a few times, I also know that his thoughts are exceptionally carefully curated. Which is a polite way of saying he’s not keen on answering certain questions.

He and BMW had been discussing a second collaboration for some time, he says, but the timing didn’t feel right until now. He wanted to use a lenticular effect on the original art car but there were weight implications, which is obviously suboptimal on a racing car. So the ideas have been constantly percolating. It takes close to 300 hours to paint each car, and the quality is exemplary. Koons is well known in the art world for fastidiousness, but he denies he’s obsessive.

“I don’t believe in perfectionism, but I believe in using detail to communicate to people that you care about them. I always wanted this kind of ‘swoosh’ on the side, that vapour, for that sense of energy,” he says. “I have lines on there going from the front to the back that increase in size to create a sense of acceleration. There are pop symbols, too.

This is the car I always wanted for myself

“I know that people will mention Lichtenstein, and Roy was a friend of mine. I love his work. But it also comes from the pop vocabulary, from comic books, and from packaging. There’s a red roof inside, and red and blue leather. But there’s a minimalism too, to create a moment for self-reflection.”

His voice has the timbre of a meditation app. In fact, even when he’s fully lit on a subject, Koons is strangely soothing. He also has a clear affinity for pop culture. I wonder how he deals with a world that is increasingly overstimulated and overwhelming.

“I enjoy popular culture because I enjoy being stimulated,” he replies. “It connects you to a larger community. It’s a beautiful, fertile ground for things to grow out of. People need to understand their potential, and stimulation is the foundation of ideas. I wanted to create something exhilarating and thrilling but that had meaning.”

The BMW’s potential comes via a 4.4-litre, twin-turbo V8. It’s one of its best, but its presence today is being curtailed. Is Koons a car guy?

“I always loved cars. I had road racing sets as a kid. I have a very fond memory of seeing a Corvette Stingray for the first time, in 1963, I was with my dad when he was trying to find a new truck. It moved me. I had sports cars when I was younger, but not now.”

We’re driving very carefully, but we are driving. Which raises the question: what if none of the 99 8 X Jeff Koons ever turns a wheel? Does it lose or gain its meaning?

“How do you define a work of art? It’s something made out of freedom, and you strive to embed within it aspects of life experience,” Koons says. “I tried to do that with the car, so I do think of it as art. I see no difference between creating the car and creating a new piece of work. It’s an opportunity to have a conversation about feelings, sensations, about the permanency of certain things and the fragility of others. I’m looking forward to driving mine, but if one person out of the 99 preserves it, that would be nice. If that’s what excites them.

“I have eight children. I enjoy being in a car with people, yet I wanted to feel the thrill and acceleration of a sports car. This is the car I always wanted for myself. But I would never want to take away that sense of power from the other occupants. Somebody sitting in the back has as much power as the driver. It’s an opportunity to connect with people, as the car goes by, too. We’re celebrating art, we’re celebrating a great automobile, but we’re also celebrating each other.”

Outside Christie’s, a crowd gathers. A space has been cleared and we pull up alongside the kerb. This must be a unique moment: a piece of art actually being driven to an auction house by the artist who created it.

I watch Koons being filmed as he walks into the building. “Who’s that?” a woman asks. I give her a potted history, and inevitably mention the stainless steel rabbit and the auction record. “Wow! Art, right?” 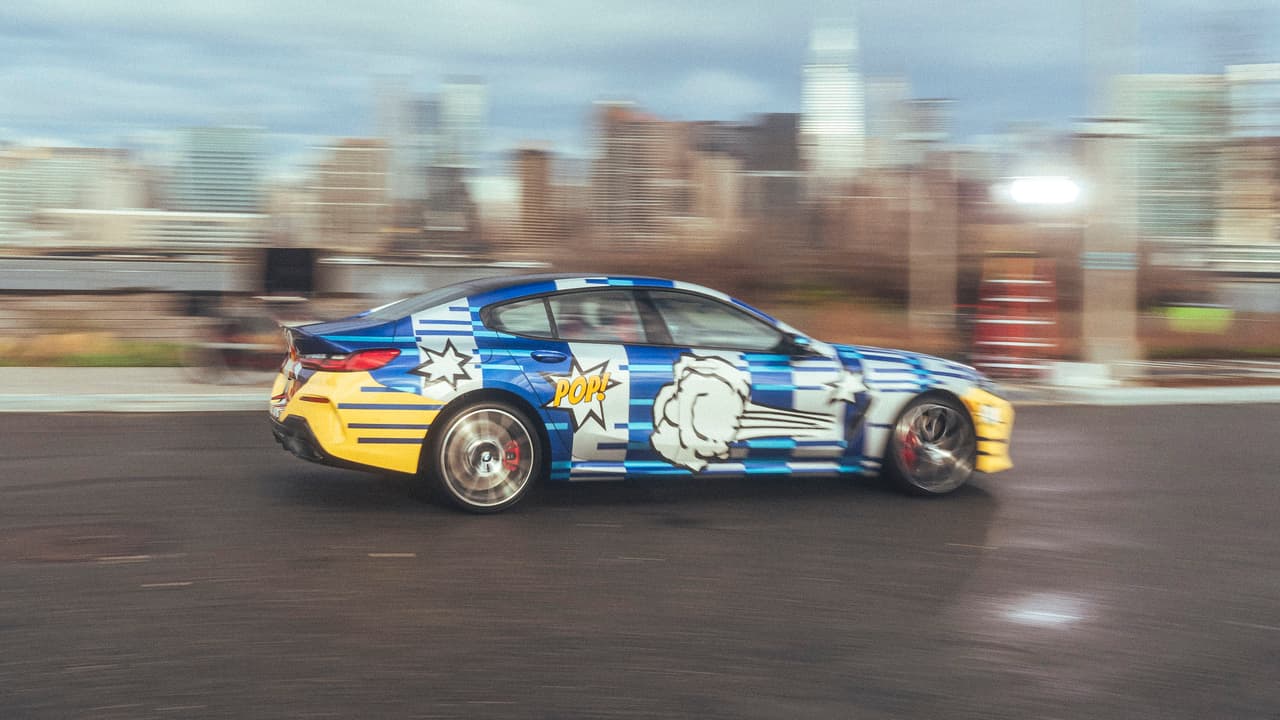