The original Highland Green 'Stang is movie car royalty, with its own emotive story

Ever noticed that invisible plasma surrounding celebrities? The stuff that leaves us pie-eyed on fame and liable to stare, point and generally pander to what is just another human being with a familiar face.

Turns out it applies to objects, too. Sean Kiernan, the car’s owner, has barely finished sliding the tarpaulin off and already his voice has been selectively dismissed by my brain. I start to circle this prize piece of Hollywood memorabilia, stroking its frozen-in-time patina, remembering to breathe only when I climb in and take a lungful of cracked leather, hunting for the stories I’ve heard so much about. 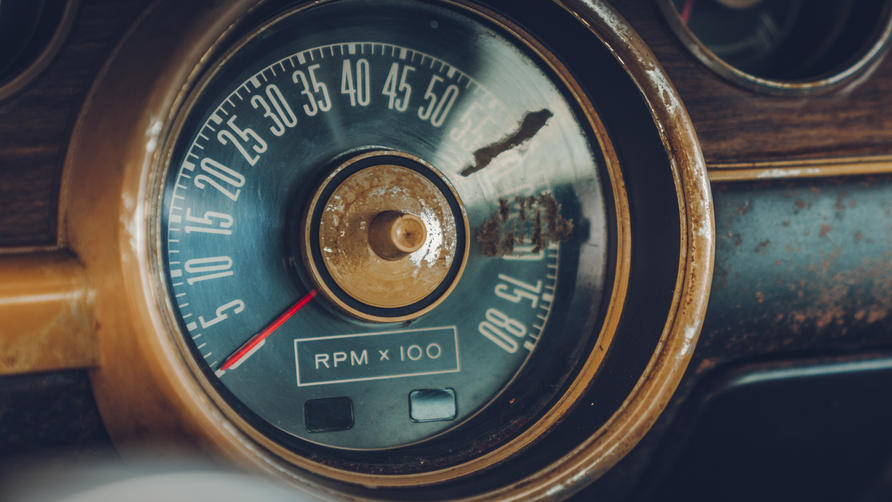 There! Glue residue on the tachometer – a piece of tape applied by a nervous mechanic during filming, reminding McQueen not to rev the knackers off it. Another mostly disintegrated sticker, bottom right of the windscreen – a pass for the Warner Bros studio lot – and those unsightly square-section pipes, welded to the chassis as camera mounts. But this car – the actual Highland Green 1968 Mustang GT 390 Fastback driven from the world’s most famous car chase – has a story that only starts once the last clapper board snapped shut.

We’ve got two hours with the car and its owner, the new Bullitt Mustang for company, Goodwood circuit to ourselves and strict instructions that under no circumstances am I allowed to drive the old one. Sod that. “Any chance of a go, Sean?” I offer, trying and failing to mask my desperation.

“Oh man, I hate saying no to anyone, especially when it comes to this car,” says Sean, strongly hinting that the answer is definitely no. “The car means so much to me, but the biggest thing is I still feel my father when I drive it, that’s why I won’t let anyone in it.”

Since McQueen parked his backside there in late April 1968, Sean reckons he can count on two hands how many people have driven it. Two owners previous to his dad, his mum, him, Jay Leno (one of his late father’s wishes) and McQueen’s granddaughter Molly – who was on stage at the Detroit show in January this year when the new Bullitt made its debut, and the world was made aware of the original’s existence. 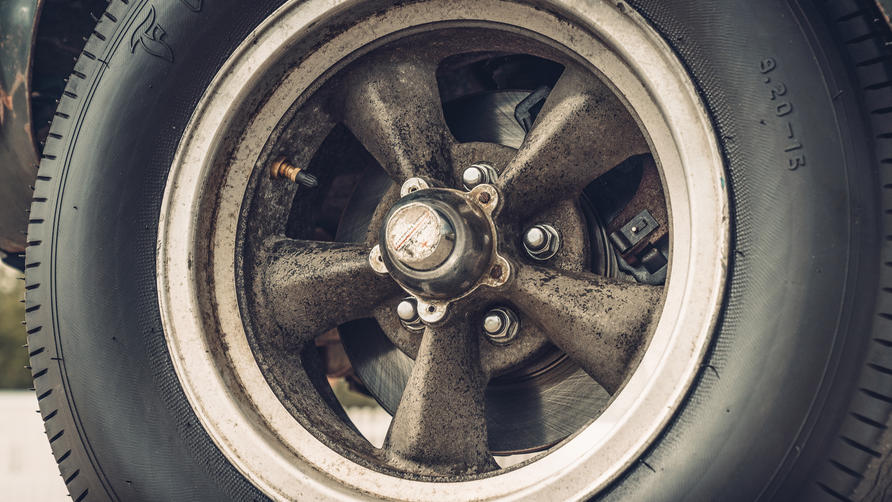 But what is now one of the world’s most coveted movie cars, worth “between four and six million” according to Sean, has never been wrapped in cotton wool at the back of a barn. Ever since his father responded to an advert in Road and Track magazine offering the “Bullet” Mustang for $6,000, it’s been trundling around in plain sight.

But it wasn’t until Sean was seven and starting to get “heavy into cars” that hisdad let him into the family secret. “We moved to Kentucky from New Jersey in ’84. The car stayed with my grandfather in New Jersey until ’88 and that’s when Dad sat me down and said “Watch this chase scene.” We started talking about getting it from New Jersey, and the day we picked it up is exactly how you see it now.” 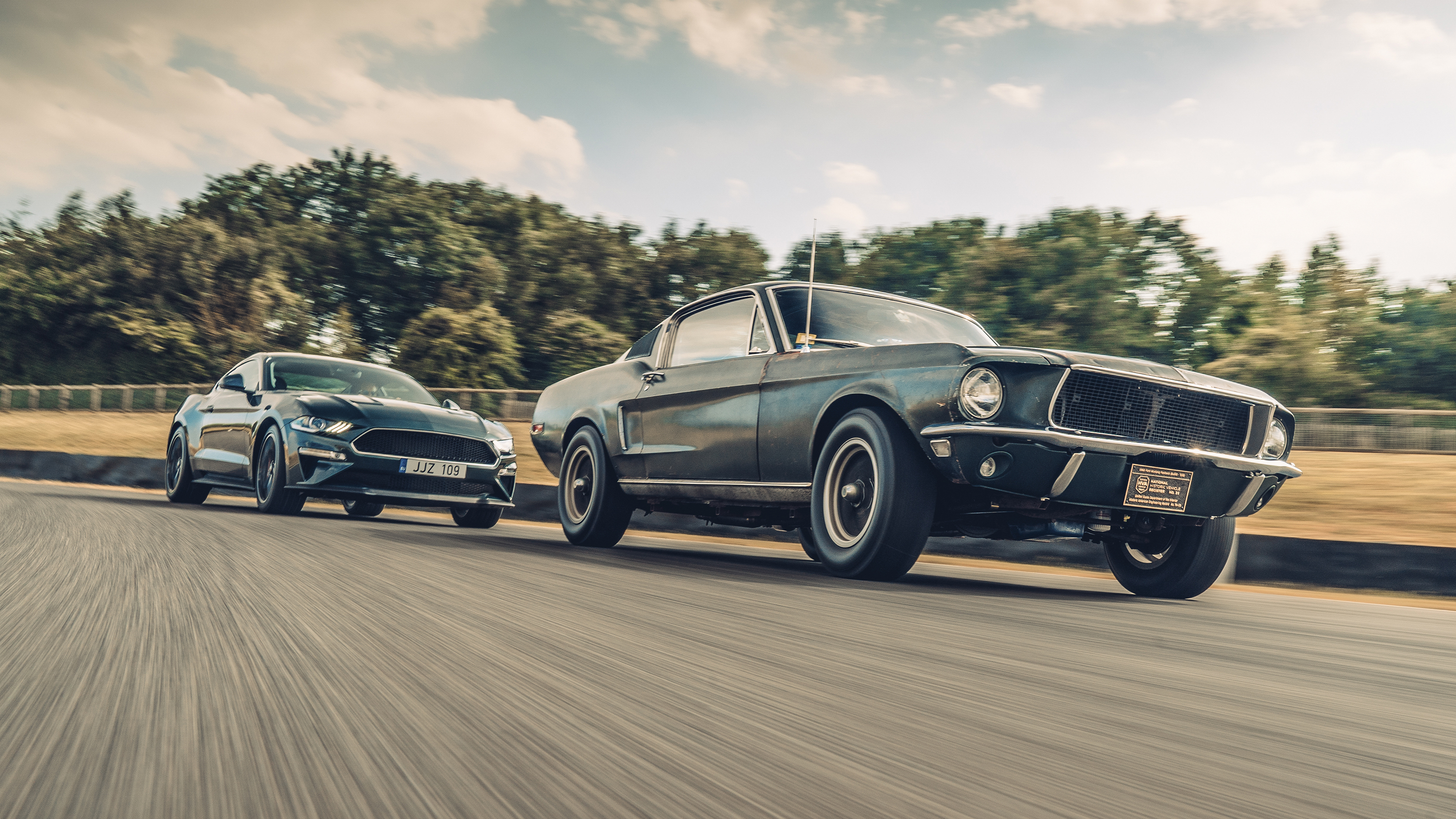 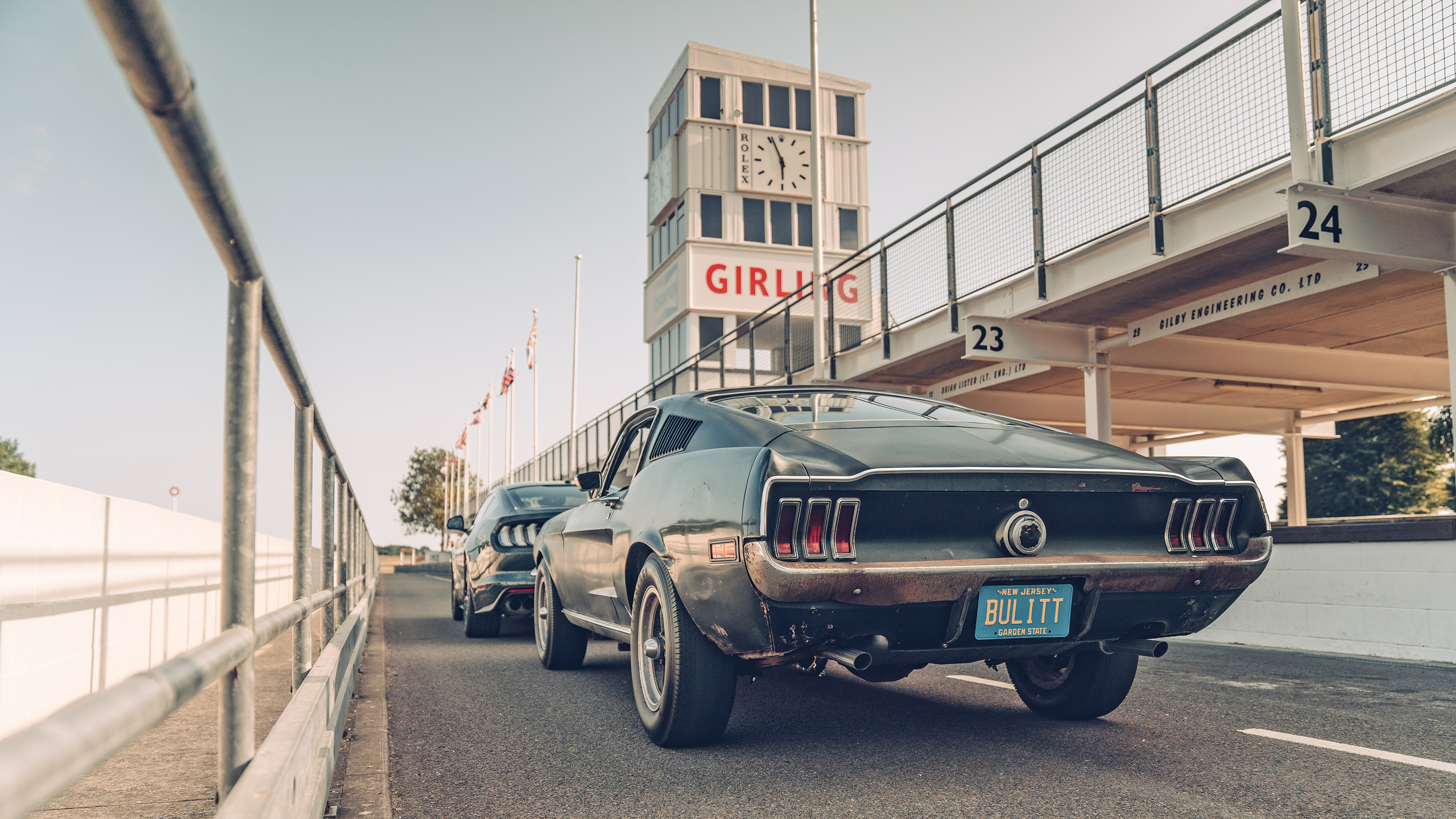 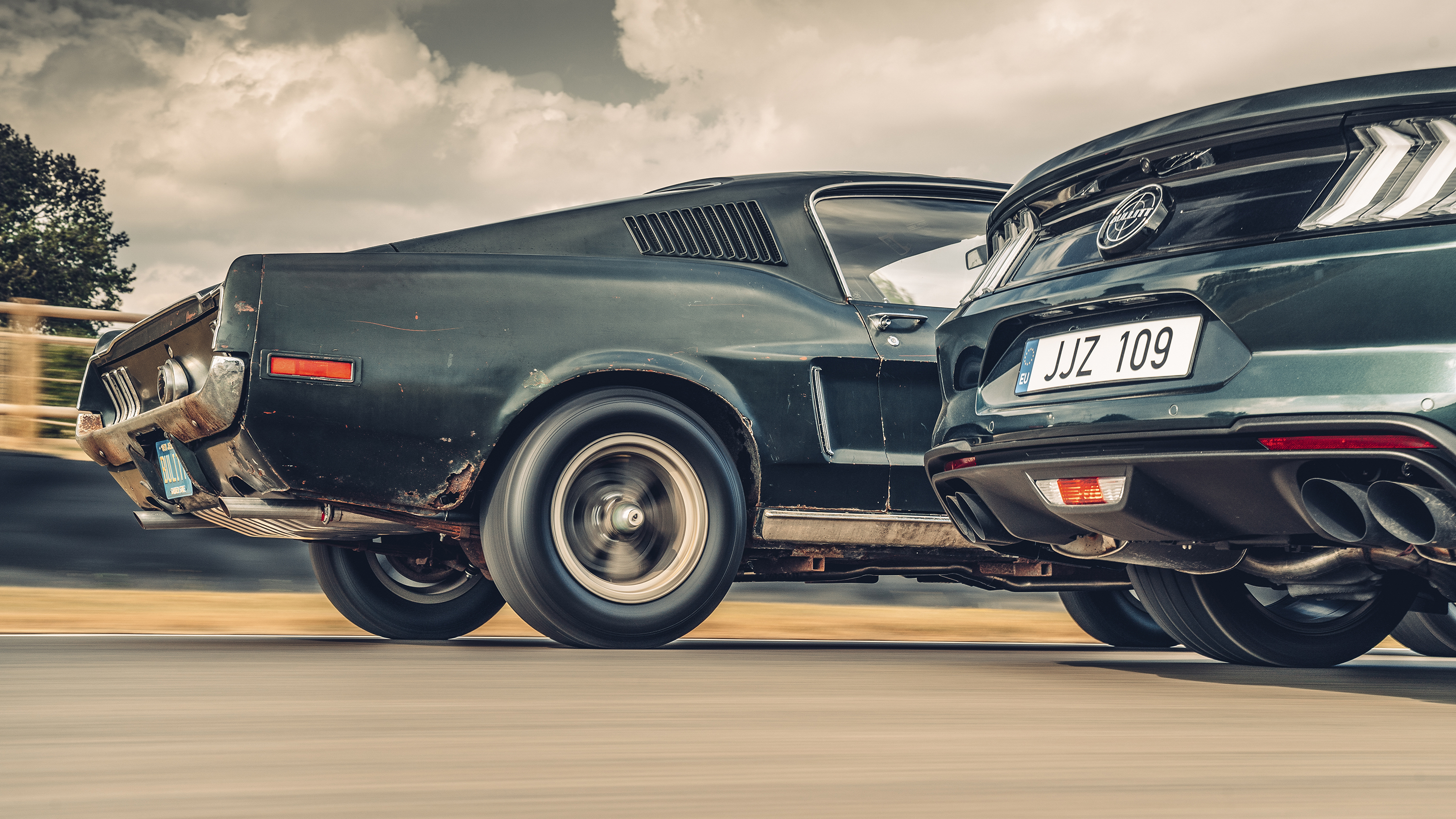 OK, rewind. By this point, Sean’s dad had already put up a fight to keep hold of it. Although its whereabouts was a secret to the wider public, one man knew exactly where it was and wanted it bad. The letter Steve McQueen wrote to Robert Kiernan in ’77 read:

“Again, I would like to appeal to you to get back my ’68 Mustang. I would like very much to keep it in the family in its original condition as it was used in the film, rather than have it restored; which is simply personal with me. I would be happy to try and find you another Mustang similar to the one you have, if there is not too much monies involved in it. Otherwise, we had better forget it.”

Sounds a tad abrupt, doesn’t it? But this was the final appeal of a desperate man. “At this point him and dad had talked on the phone about five times, so I think this was his last roll of the dice.” 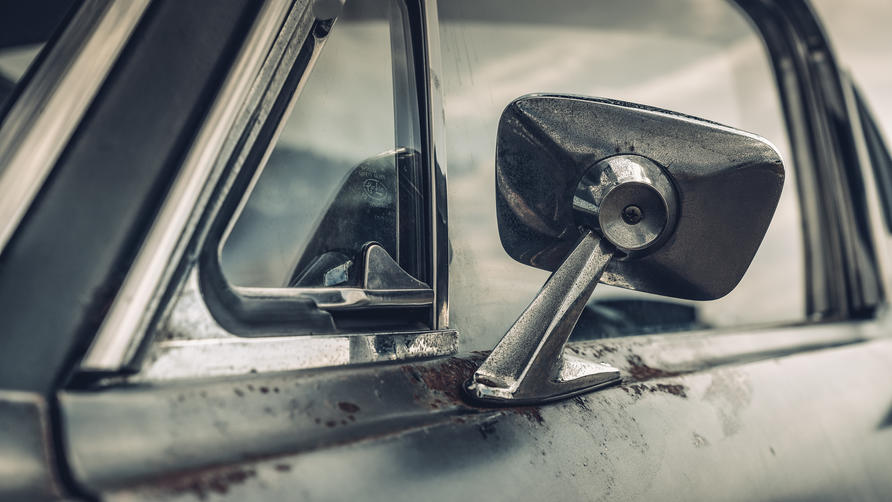 Interesting that McQueen wanted it preserved, not restored, as that’s precisely what the Kiernans had in mind. The question is how far to go. “I do paint and body for a living so do you restore it to the day it came out the factory, or leave it original because of the history of the car? That’s why I just decided to preserve it. I think it looks best like this as it’s raw and real.”

Not everything is original of course, like the new front bumper, the tyres, the brake and fuel lines, the carpets and a rebuilt exhaust. But the bits that count – the chassis, the engine, the suspension, the body – are all present and correct. “My main goal was to make sure she started, she stopped and she didn’t catch on fire,” says Sean.

But it was very nearly never put back together at all. Sean and his father had pulled it apart, but when his father died a few years ago, Sean couldn’t find the strength for the project… until the craziest coincidence of his life. “I was riding with my boss, not a car guy at all, and he started asking what cars I had. I told him I had a green ’68 390 GT fastback. “That sounds like Bullitt” he said. Then he goes: “It’s funny, a friend of mine and I wrote a script about two kids finding McQueen’s long-lost Mustang in a barn”.

“He keeps talking and basically he’s telling me everything about me. I never told anybody about that car my whole life. So I said, that guy you’re talking about, that’s me. And then I started actually crying. When his friend who wrote the script came to see the car, that was the moment that inspired me to put it back together.” 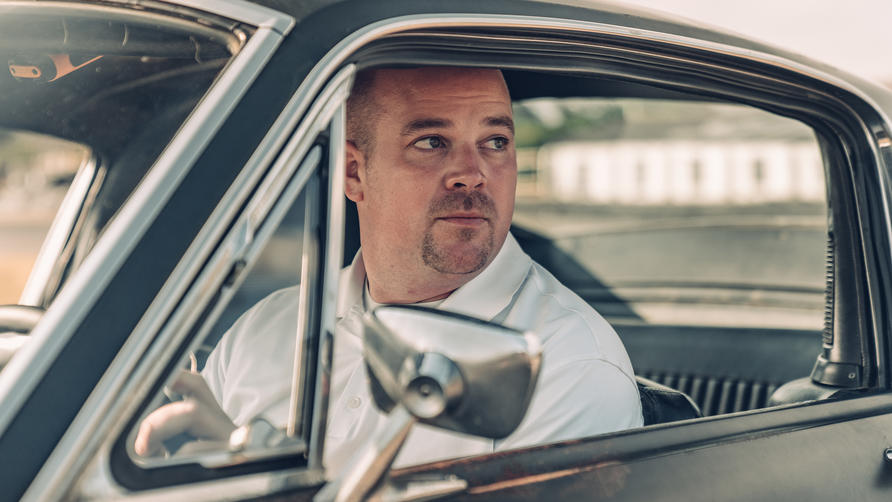 Oh, about the movie. “We’re working on the funding now,” Sean says. “Molly McQueen has attached herself to it. She’s going to be an actress in the movie. Dude, it’s an amazing script.”

In 2016, with the rebuild complete and Bullitt’s 50th anniversary on the horizon, Sean got in touch with Ford to make them aware of the car. And it was that one emotionally charged meeting – “halfway through it we’re all crying, I’m losing my sh*t” – that inspired Ford to build the new Bullitt Mustang tribute.

But it’s a tribute, and just that. The way the ’68 car idles with a deep chugging throb, then a little rasp as you go up through the gears, its jacked-up stance, the imperfections that perfect it… all are irreplaceable. I hop in the passenger side for a lap and it rides beautifully, but Sean’s in no hurry. We just kick back, dangle our arms out the window, shades on. Sean breaks the silence: “My parents had a Great Dane that used to lie across the back seat, I think its tennis ball is still in the glove box.”

This is a car that’s been used, cherished and preserved by a family for 44 years before sharing it with the world. And I get as much a kick out of that as feeling close to the King of Cool himself.

I turn to Sean and ask how many times he’s seen the film. “The movie? I’d say 10 times, but the chase scene probably 15,000 times. When he loses it in the corner and it goes up in dust, the car just sitting there idling, and he burps it, and then he catches second as he leaves. That’s the car. That’s the butterfly moment for me.” 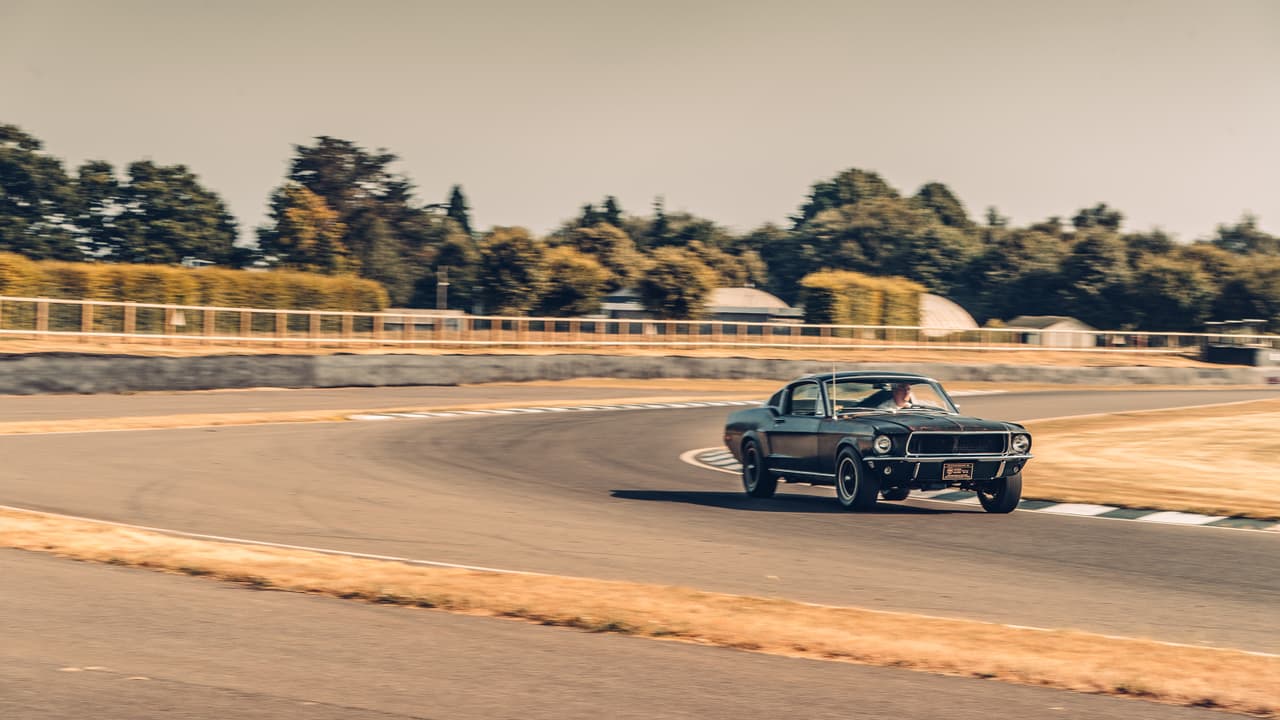