Take a closer look at the TVR Griffith

The firm that gave us the most brutish sports cars of the Nineties and Noughties has grown up. A bit.

The TVR Griffith sounds superb. The noise that flows out from those side exit exhaust pipes is a proper fat, rounded V8 rumble, but with a racer’s edge, sharp and revvy. Yet smooth, too. There’s a lot to it; this 5.0-litre naturally aspirated V8 is multi-layered, an engine you’ll enjoy listening to.

Sound: one of the pillars on which TVR was built. The other two were that its cars should look good and go hard. I don’t doubt the latter. The clash of naturally aspirated Cosworth-tuned 500bhp 5.0-litre Ford V8 against 1,250kg of bodyweight meet in the middle at 400bhp/tonne. That gives the Griffith an edge over the McLaren 570S.

Look good? There’s something of the Sagaris to its roof profile, the rear end is tidy, but the front? I’m not so sure. And compared to the Aston Martin Vantage, you’re aware the TVR is a more simplistic, less nuanced shape. It looks a little narrow, maybe rides a touch high, needs a bit more stance. It’s already 50mm wider than Gordon Murray wanted. “That was a big fight with Gordon because he likes compact cars,” chief executive Les Edgar says, “You can’t believe how difficult that was, but we needed it [the extra width] to give us more rear wing.” 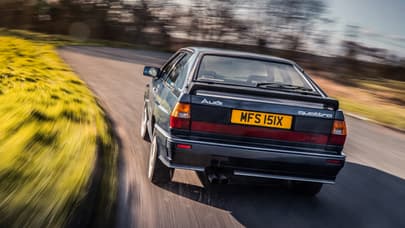 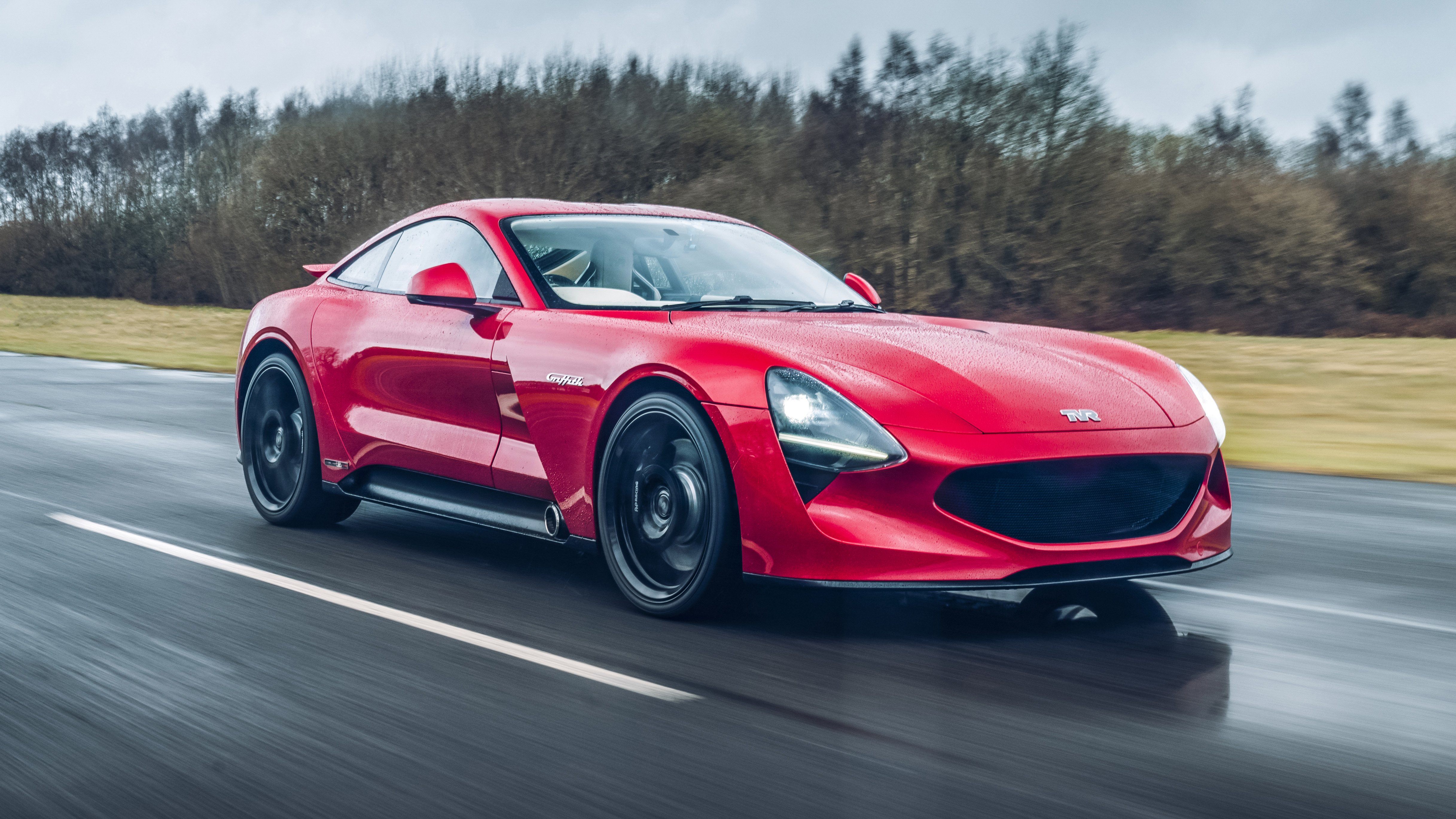 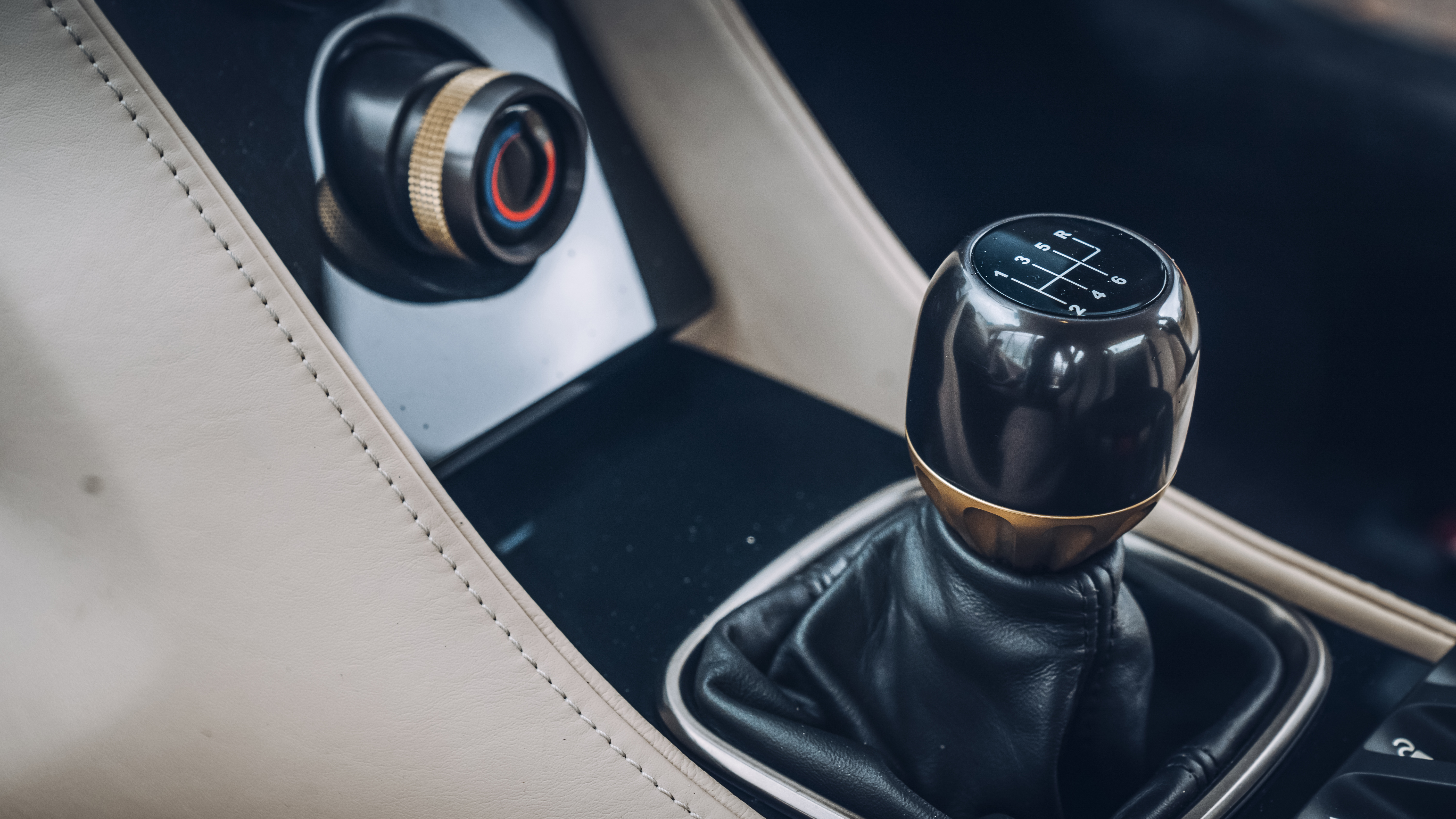 A much larger wing that’s not there at the moment, but will be when TVR returns to racing. Le Mans is the plan. Soon. “Ironically, we could have a GT racer ready before we can have the first road car ready, and if you’re a sports car manufacturer and not in endurance racing, what are you doing? Because that’s the ultimate test.”

But let’s not get ahead of ourselves. The core plan is for TVR to sell 2,000 cars per year. Initially half in the UK, half in Europe, but eventually expanding beyond. “That was one of the reasons for choosing this particular engine,” Edgar comments, “because it’s homologated for Californian emissions”.

TVRs will be built at a new facility at Ebbw Vale in South Wales, leased to the firm by the Welsh government, which has not only bought a three per cent shareholding in TVR for £500,000 (valuing the company at £16.7 million), but has also fronted up with a £2 million loan. At the moment the factory is empty – TVR takes over the 200,000sq ft building at the end of August to commence fit out. “Between now and then, we have time to refine details, door openings and so on, plenty of things. And then first deliveries are planned for early 2019.” 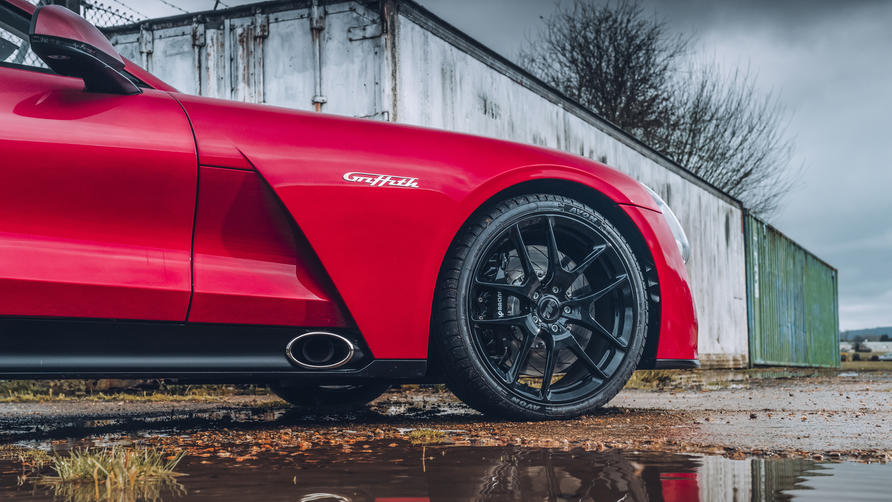 There are parallels between Les Edgar and the man who really breathed life and success into TVR, Peter Wheeler. Both self-made men, engineers by training, they made a fortune in other businesses before buying TVR. But times have changed. Where Wheeler famously told people that traction control was your right foot and that you didn’t need airbags if you didn’t crash in the first place, Edgar is having to develop proper safety systems. You sense a certain amount of exasperation. “I don’t understand why it should be, but apparently it takes nine months to calibrate the airbags. All you’ve got to do is check it doesn’t go off when you hit a kerb at Tesco and does go off when you hit another car. Everything takes so long and costs a fortune. It’s the same with the ABS.”

And then there’s crash testing. The Griffith doesn’t have traditional subframes, instead it uses smaller deformable, replaceable crash structures front and rear that are designed to channel forces away from the central chassis itself. Computer simulations have been done, but the crash test car itself has to be built using production tooling.

You get the feeling Edgar is learning the difficult lessons of the modern car industry. Can his small team, currently only a dozen employees, really have production cars ready for next spring? It’s a very tall order. But then look at the people involved, the innovation behind the car. Gordon Murray’s iStream process promises to not only create a lighter car, but streamline development and lower the costs of production. The car in front of us today is in itself an impressive achievement. It’s the very first mule, the rawest of the raw, yet it’s drivable, the doors seal properly, it’s previously done 155mph on the runway here at Dunsfold.

The design isn’t as deliberately wacky as early Noughties TVRs (the last, a Sagaris, was built 12 years ago)

Edgar admits the cabin needs work – the seats aren’t right, there’s no inertia reel belts, much of the trim is only loosely attached. But again: prototype. The basics are impressive, though. Edgar, a whole head taller, and I fit in neatly. Access is good: it’s compact, but not small, and certainly not claustrophobic. The design isn’t as deliberately wacky as early Noughties TVRs (the last, a Sagaris, was built 12 years ago), there’s a lot of light in here and little to distract you. This is not a car that’s going to baffle you with myriad settings.

The engine barks into life – unfiltered, noisy but with a mellifluous softened edge that gives it a cultured tone. Everything happens ahead of you when the exhausts exit by your ankles (something the new Griff has in common with the McLaren-Mercedes SLR, another car Murray had a hand in). You’re aware of an extra drama, more life and vibration. The noise is closer, hi-def.

Given this and the fact the gearbox is mounted directly off the back of the engine, rather than on the rear axle, how has TVR achieved a 50:50 weight distribution? We open the bonnet where exhaust and engine sit cheek by jowl. The packaging is very neat, the V8 tucked right back and very low: “It’s dry-sumped, which has helped give us the low bonnet line, but I will admit that we only get to 50:50 with a driver and full tank of fuel,” claims Edgar. “It is traction limited at low speed, but once you’re moving the downforce starts to work really well from 60mph.” And not just downforce. The bonnet vents are matched by holes in the undertray, allowing air to pass vertically around the catalysts. 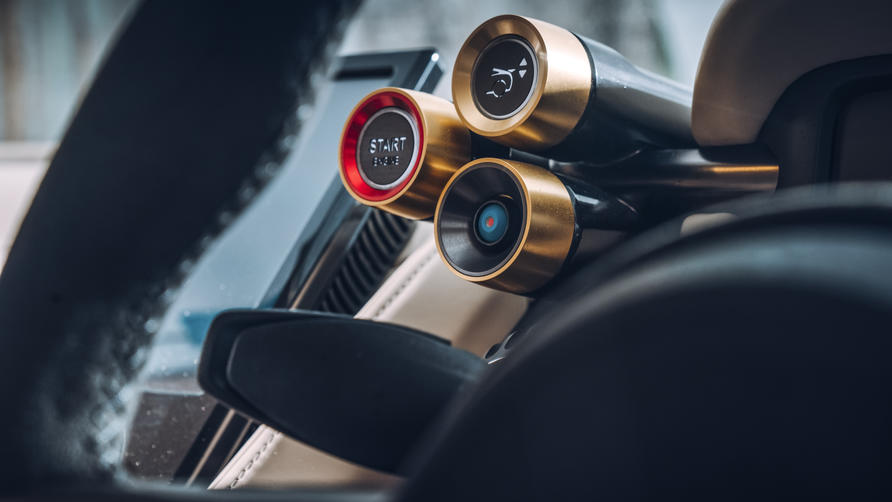 Edgar is convincing, determined. He sees TVR as occupying the middle ground between Lotus and Aston. That’s an open space, although the gap looks narrower when you consider the distance between Evora and Vantage. But the £90,000 Griffith launch edition undercuts the new Aston by £30k. The TVR brand has a strong enough allure to have already tempted 600 people to put down deposits for a car that, as yet, doesn’t have a place it can call home. But it looks, acts and feels like a TVR, it feels like a sympathetic, relevant recreation. Still raw, just with a hint of sophistication.

But there are mountains to climb yet. They can’t recruit until they have a factory, they won’t be fully confident in the production process until that factory is full of tools, until people are building the cars. There will be pinch points, glitches, issues, and some of them will be big.

It’s innovative, this TVR, not something you’d have said about the brand in its former life. The ground effect aero, the use of carbon panels to brace the steel structure (the chassis is seven times stiffer than an old TVR’s), the focus on weight saving. Edgar even talks electric as something they have in mind for the future. But that’s the future, and it always looks bright. It’s the present that tends to cause the issues. 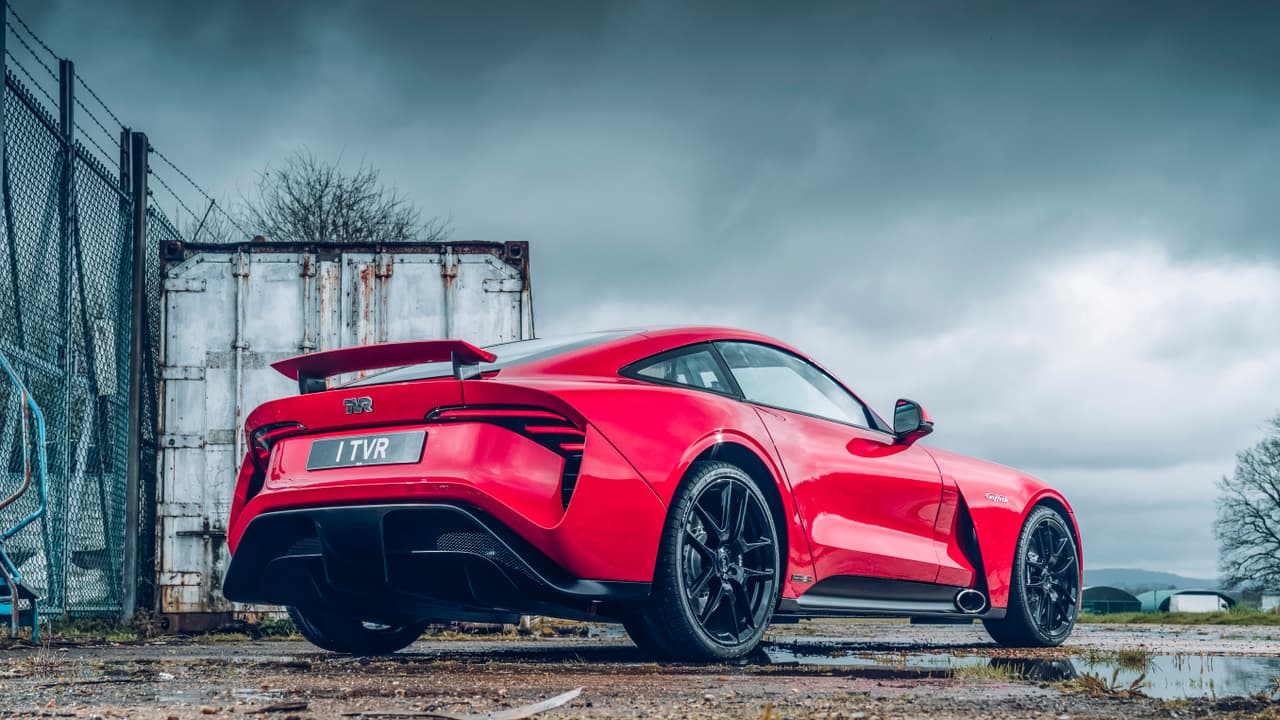