Rimac has put its car know-how into bikes. And yes, they're fast 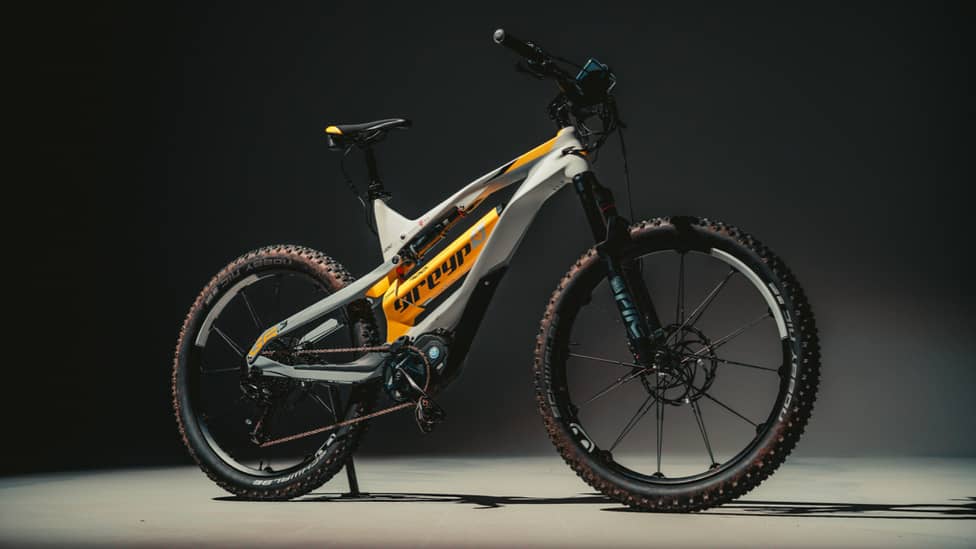 Little known fact: Rimac has sold more bikes than it has cars. This is hardly surprising given that so far its only production contribution to the automotive sphere is the Concept 1 (the C_2 is due within the next few months), of which a mere eight were built. But still: bikes?

That’s right. At about the time Mate Rimac was getting going, so was another Croatian, Zvonimir Sucic. His vision, rather than modded high-watt E30 M3s, was electric motocross bikes. They got together and created the Greyp G12S. Powered by a 12kW electric motor, it was capable of 40mph with a claimed 75-mile maximum range from its 1.3kWh battery.

That was 2013. Sensing they were on to something, but needing to focus in more since the G12 was a hybrid (with both pedals and a throttle), Greyp (pronounced like the fruit), split from the Rimac mothership and started developing e-bikes using Rimac’s electronic control systems and integration.

This, after all, is Rimac’s secret and the reason that firms such as Porsche and Hyundai have taken stakes in the company. They haven’t split far – Mate is the CEO of both, their HQs are only 100 metres apart and, as well as its 15.5 per cent stake in Rimac, Porsche has taken a 10 per cent stake in Greyp. Make of that what you will… 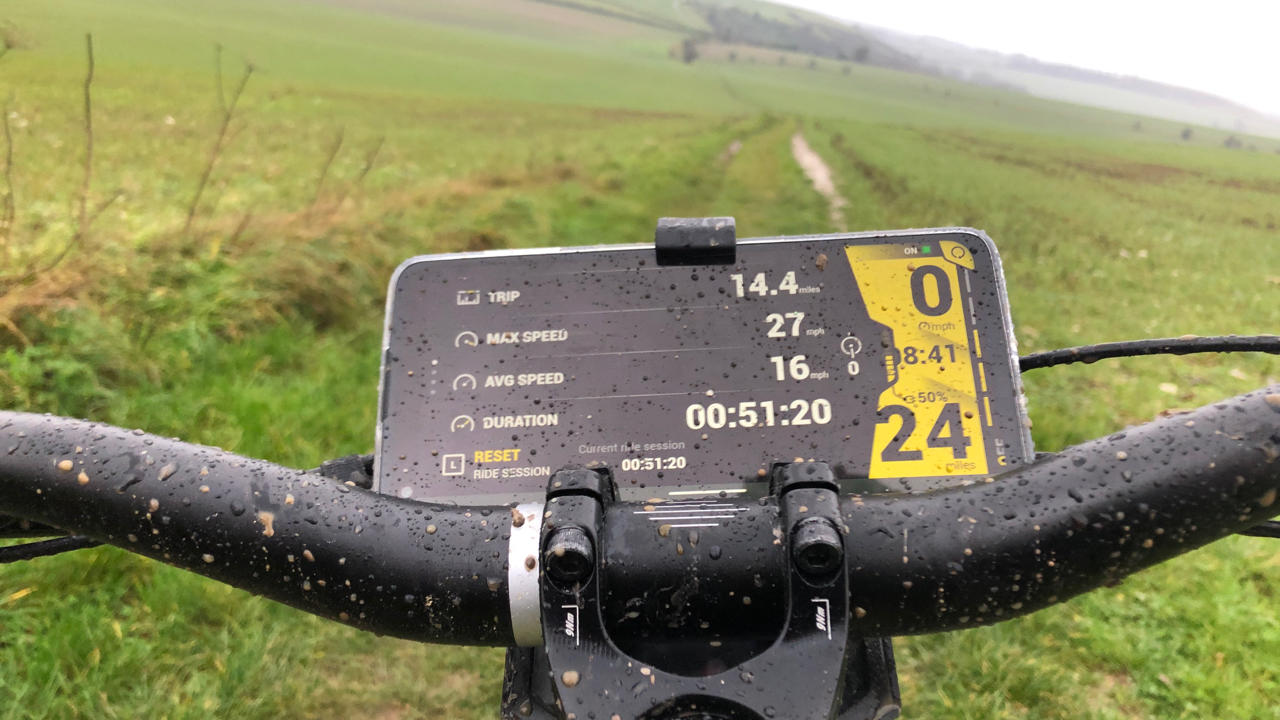 Fast forward to 2019. Greyp, like Rimac, had done things differently. It looked at the current line-up of electric bikes and thought that the way to differentiate themselves wasn’t in the motors or batteries so much as the integration of technology and how people use bikes. The Rimac way, in other words. 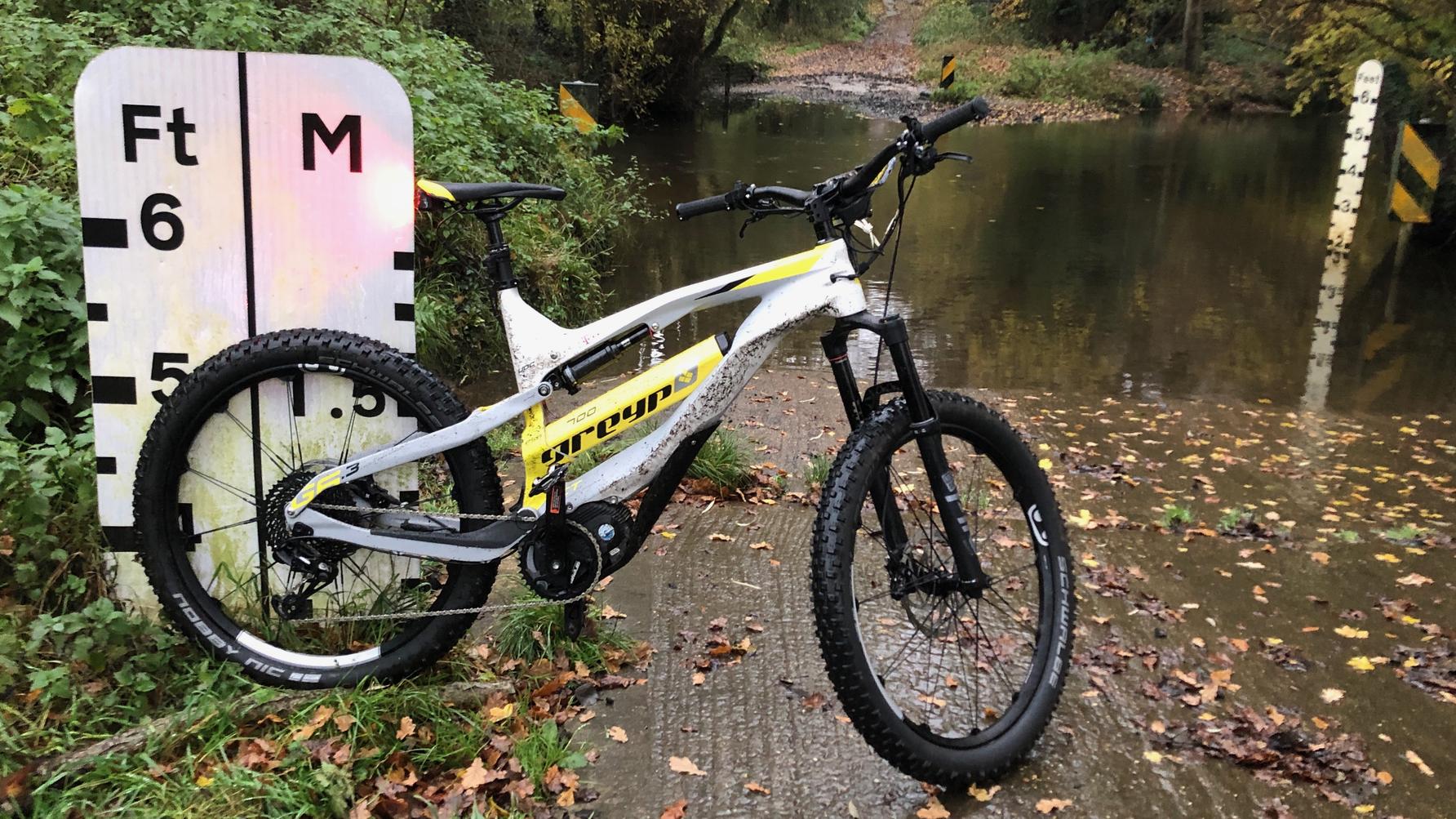 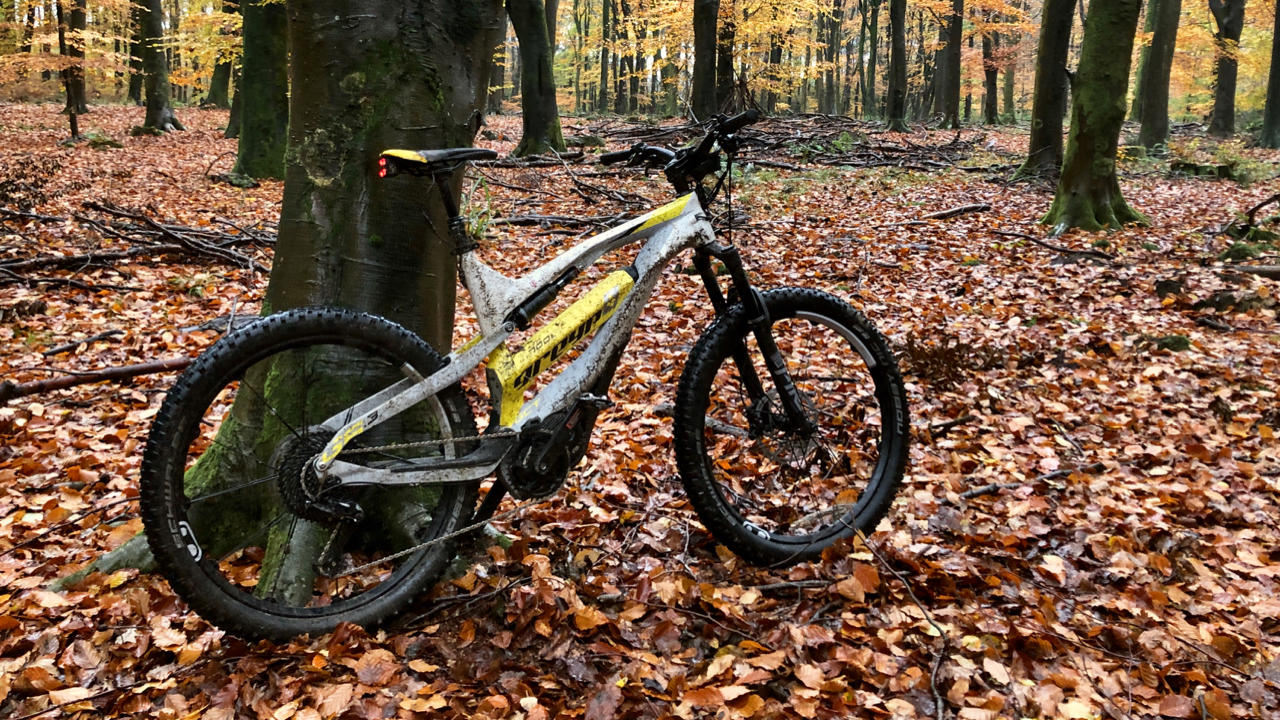 If, that is, you treat it as a pure mountain bike. This is where Greyp’s lack of experience compared with mainstream bike brands such as Specialized, Canyon and Yeti, tells. It’s got plenty of travel, but the bike’s geometry – the angles of the various tubes – mean you’ve got a fairly tall, upright bike. Which is fine going flat or uphill, less fine doing the stuff you want a 150mm travel full suspension e-rig to be good at – hammering downhill at speed. You want to sit into the bike to have confidence in it, but here you’re over the top of it. 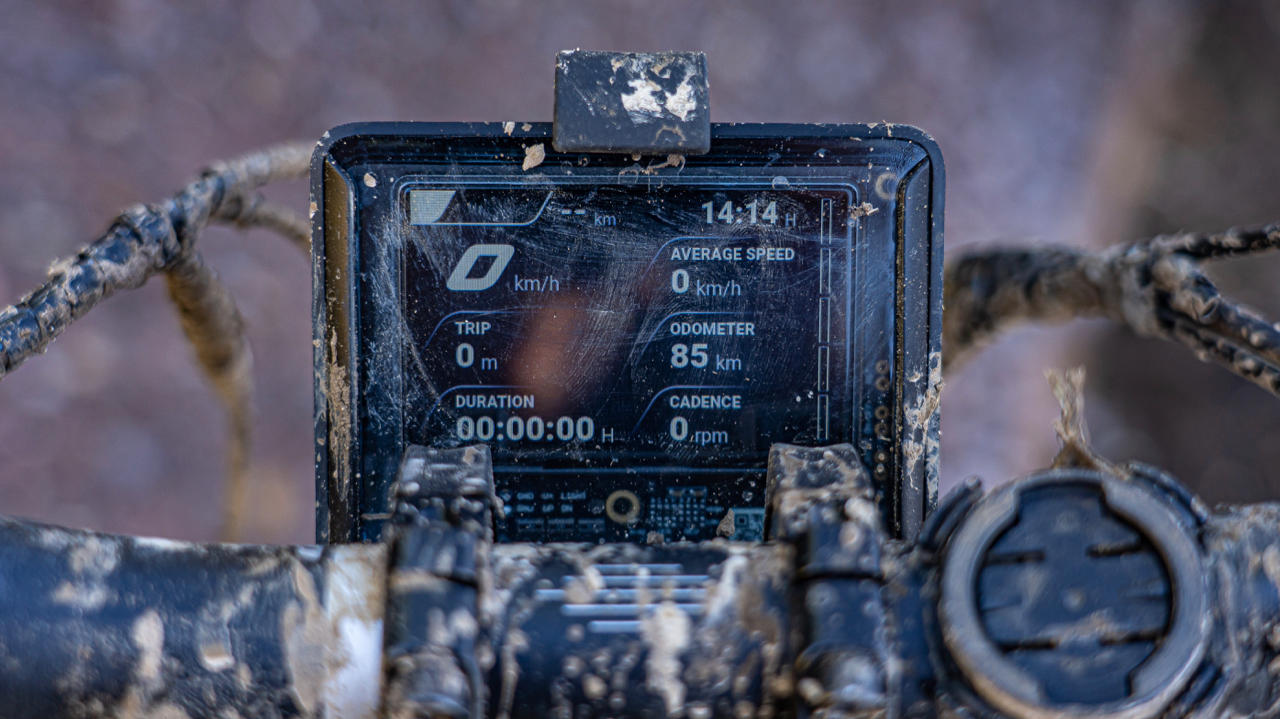 But as I said earlier, Rimac is not in the business of building bikes to take on the establishment. What sets it apart is the cockpit and dashboard. In front of you, where most of us might mount a Garmin bike computer, is a screen. 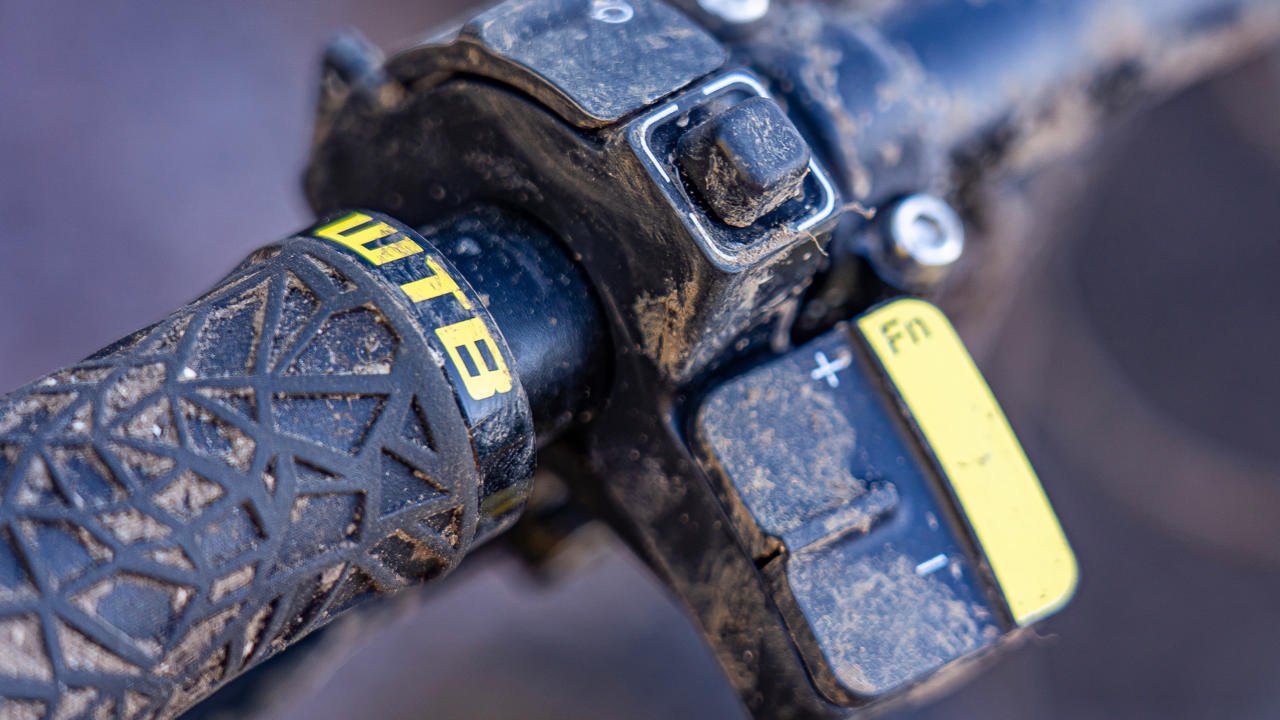 On the left side of the handlebars is a thumb-operated joystick to allow you to switch between various screens that tell you how much power you’re producing, what the bike’s contributing, how fast you’re spinning the pedals, what your heart’s doing and so on. Pages of data. The +/- buttons below it control how much assistance the motor gives you – I’ll talk about that in a bit. In front of the joystick there’re finger controls that, among other things, allow you to turn the lights on and off. 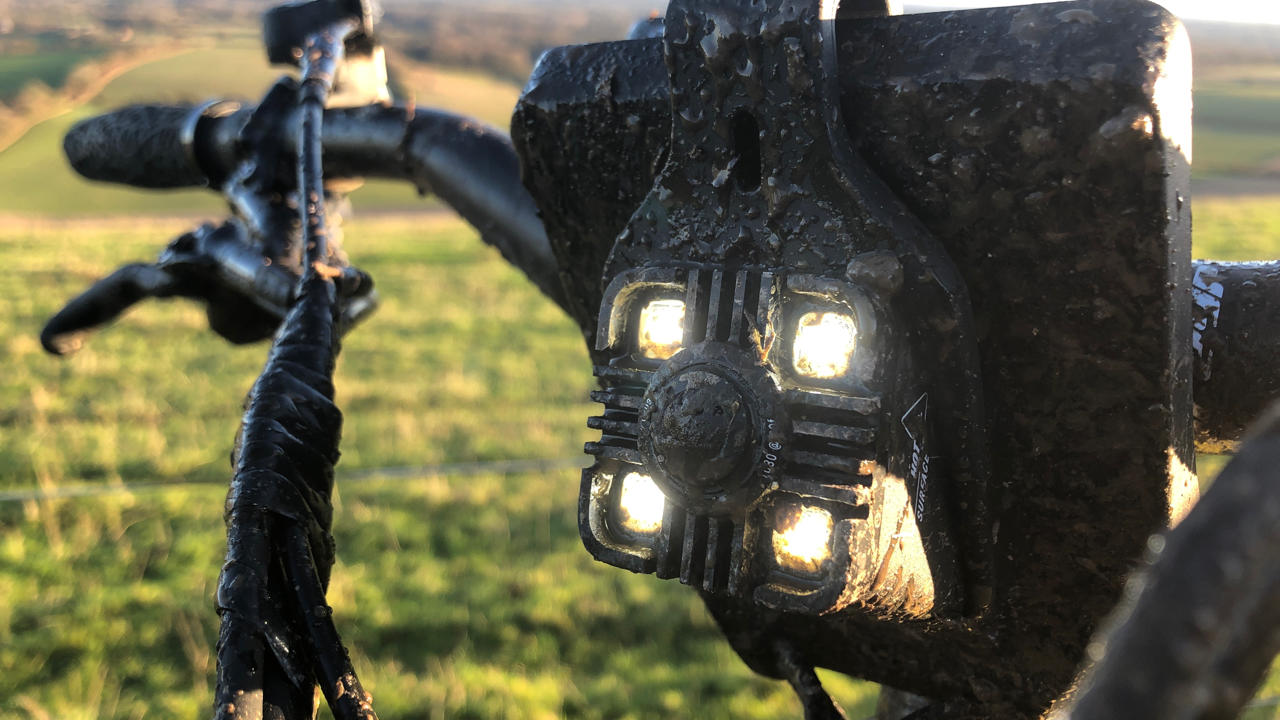 Yep, built in front and rear lights and in the centre of each four-LED cluster, a HD camera. 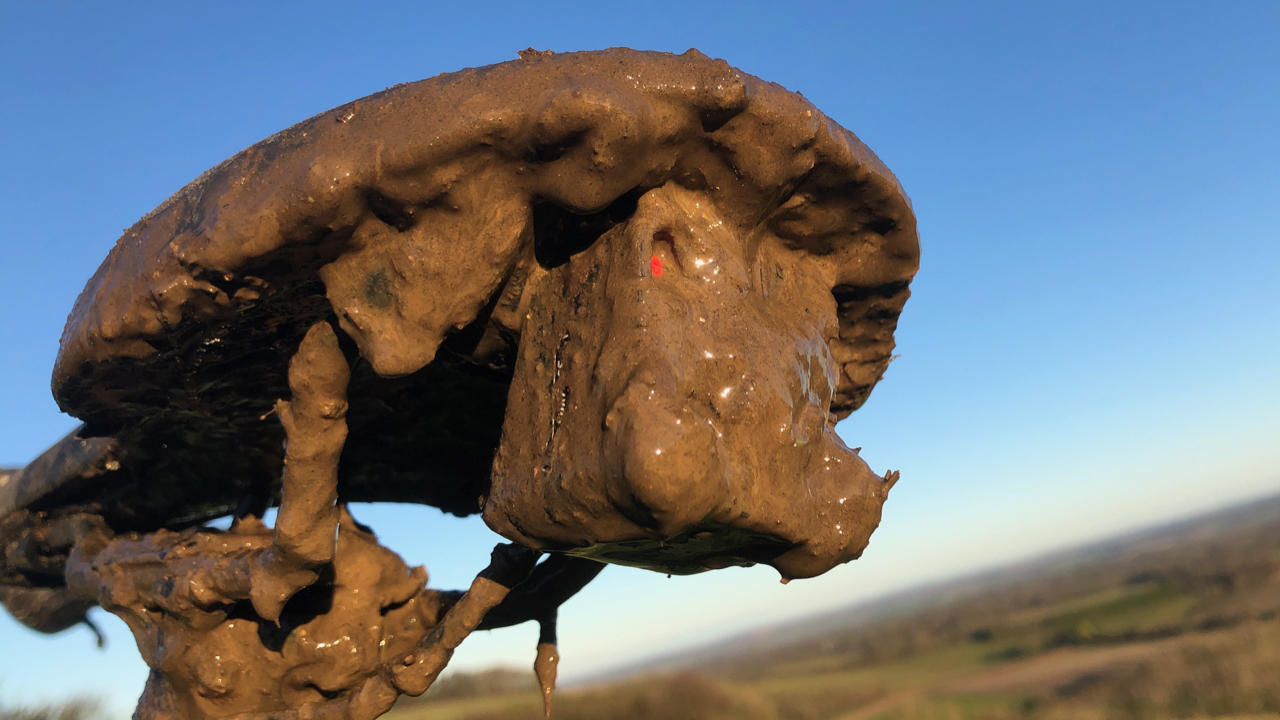 Although if you choose to ride the bike in muddy British conditions and don’t fit a mudguard, you’re not going to see much out of either. But still, built in lights and the ability to capture Tiktoks. Safety and social media included as standard. Very 2021. 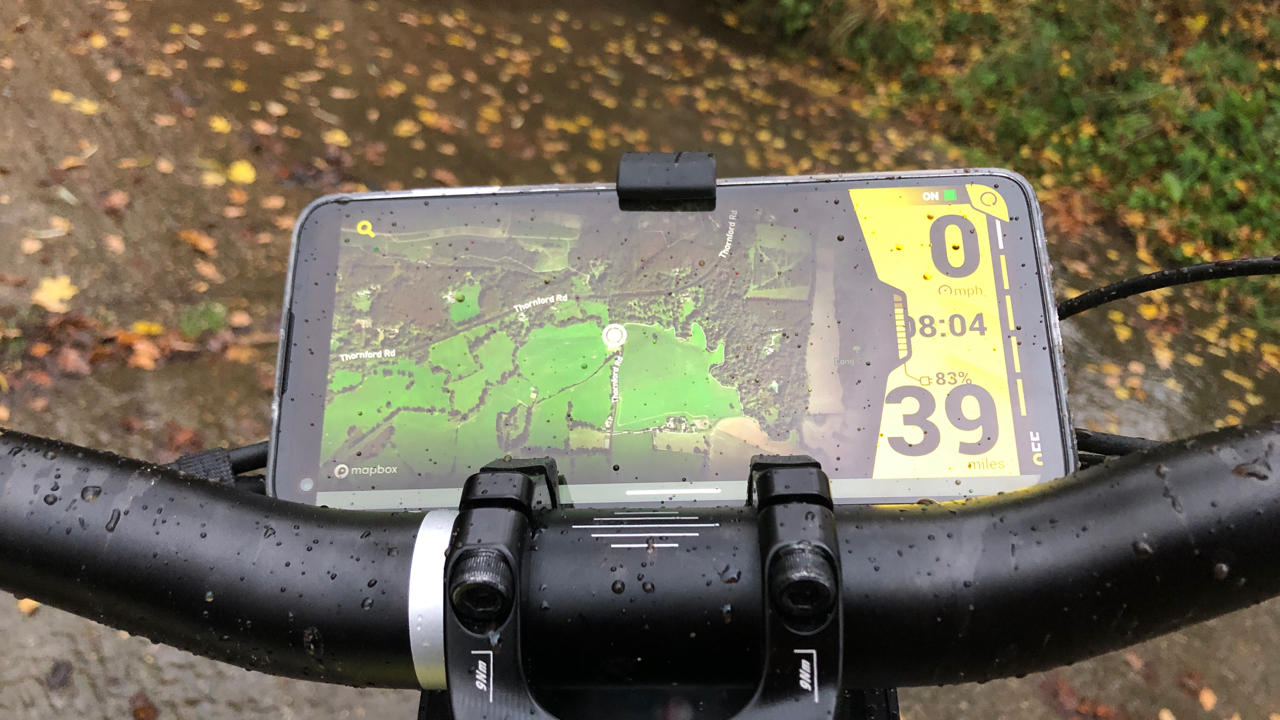 Main functionality only comes if you hook your phone up to the system. Predictably enough, there’s a Greyp app, which, as you can see here, can provide navigation and show you exactly how far you can go before the battery runs out.

But that’s not the half of it. The bike has a built in SIM card which means that like most car apps it can show you where the bike is now, how much the battery is charged, what speed it’s doing, send you notifications...

Perhaps you’ve headed into town and someone’s pinched it? Not only can you capture images from those cameras remotely, but you can also disable the bike, locking the drivetrain so it can’t even be pedalled manually. Unless someone shoves it in a van at this point they’re not going far trying to manhandle a 30kg bike. And even if they do shove it in a van, you can track it. 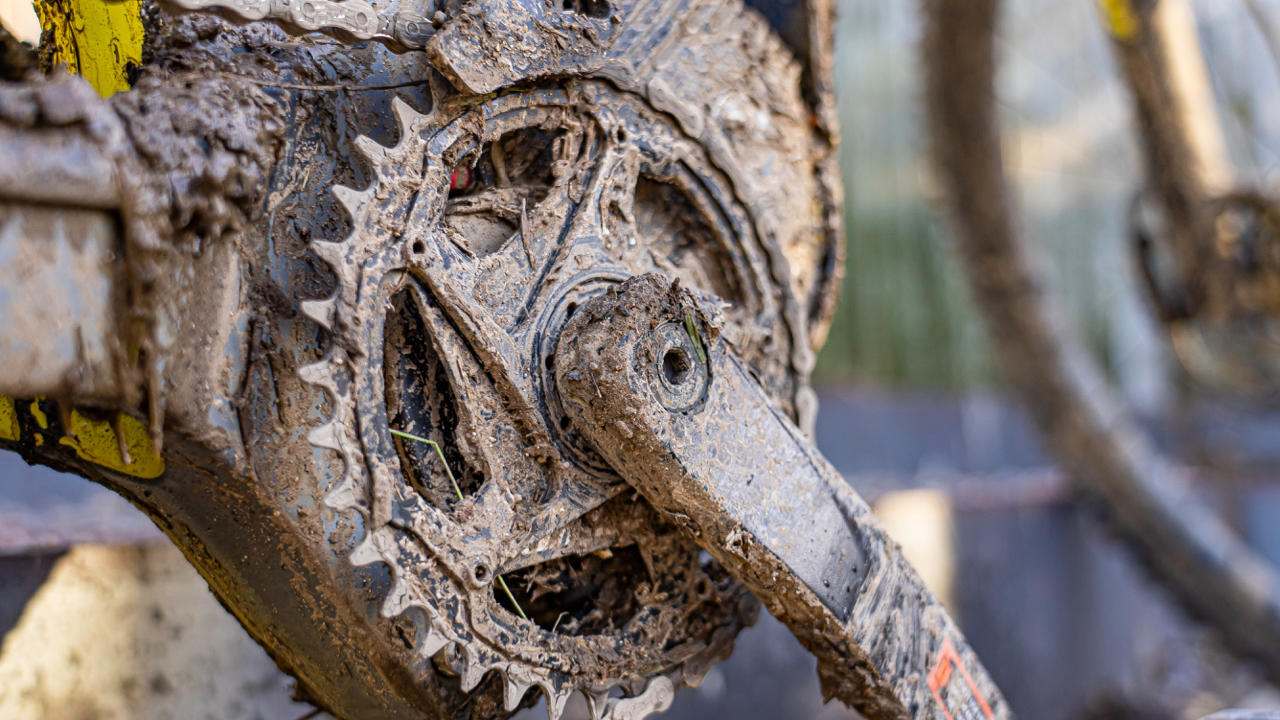 This sounds like a lot of effort and investment to go to for a company that has only sold 1,000 bikes so far. But Greyp’s aim isn’t to become a massive bike brand itself, but to sell this kind of forward-looking technology to other bike brands. Just as Rimac is doing with cars. The bikes, in other words, are a shop window. 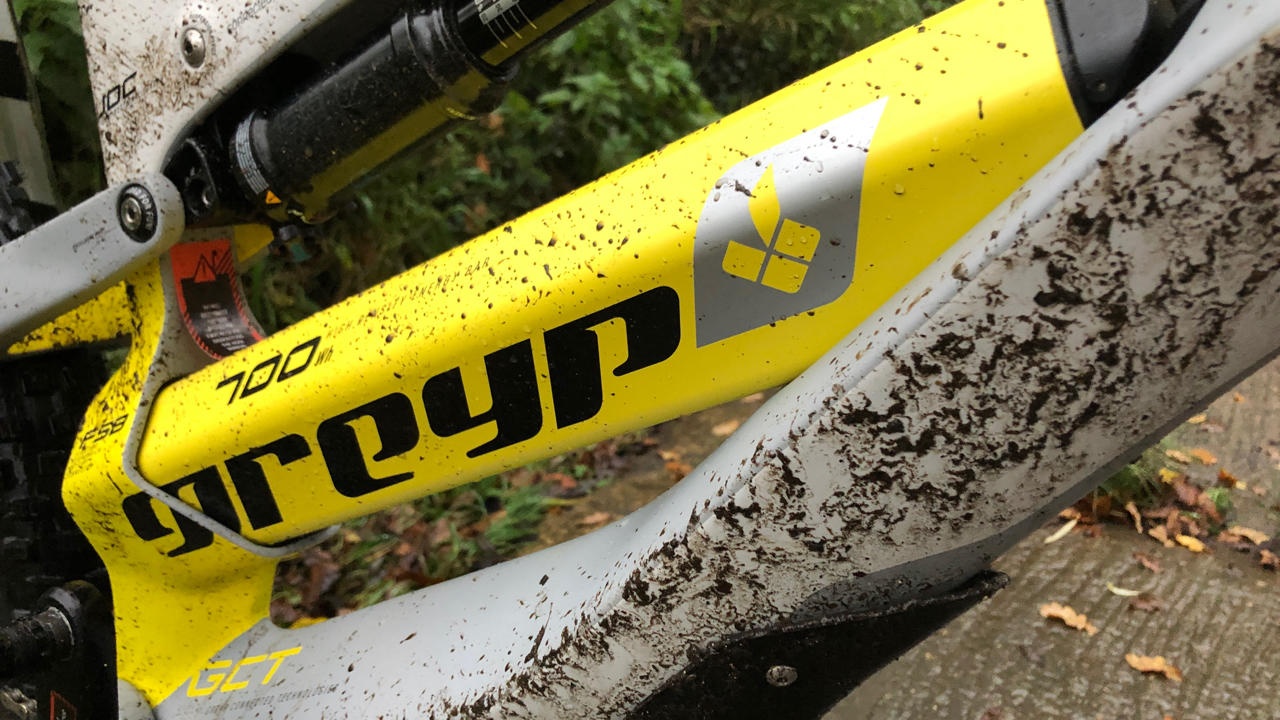 And then there’s the battery and motor. I know I said that wasn’t how Greyp wanted to differentiate themselves from others, but they are. The firm has developed its own 700wh battery. Most e-bikes don’t have more than a 500wh battery, so this is a big ‘un. And that means you can go a long way with it. Greyp says you’ve got a range of over 60 miles, but of course that depends on how much you’re asking of the motor. Even in stage 1 of 5 it makes a big difference, but of course you always want more.

And the problem as far as the 6.3 flagship goes is that you can have it. In order to be road legal, e-bikes have to be restricted to 25kmh (15mph), but the 6.3 isn’t – instead it can boost to 45kmh (28mph). And off-road on long trails, the speed from the 460-watt motor (yes, one of the biggest fitted in the industry) is addictive. And then the battery doesn’t last 60 miles – it’s perfectly possible to blow through it all in 20.

The battery packs clip in and out very quickly and easily (and contain a USB slot for emergency phone charging), so you could double your range if you carry another battery – although that’s another 5kg in your pack. 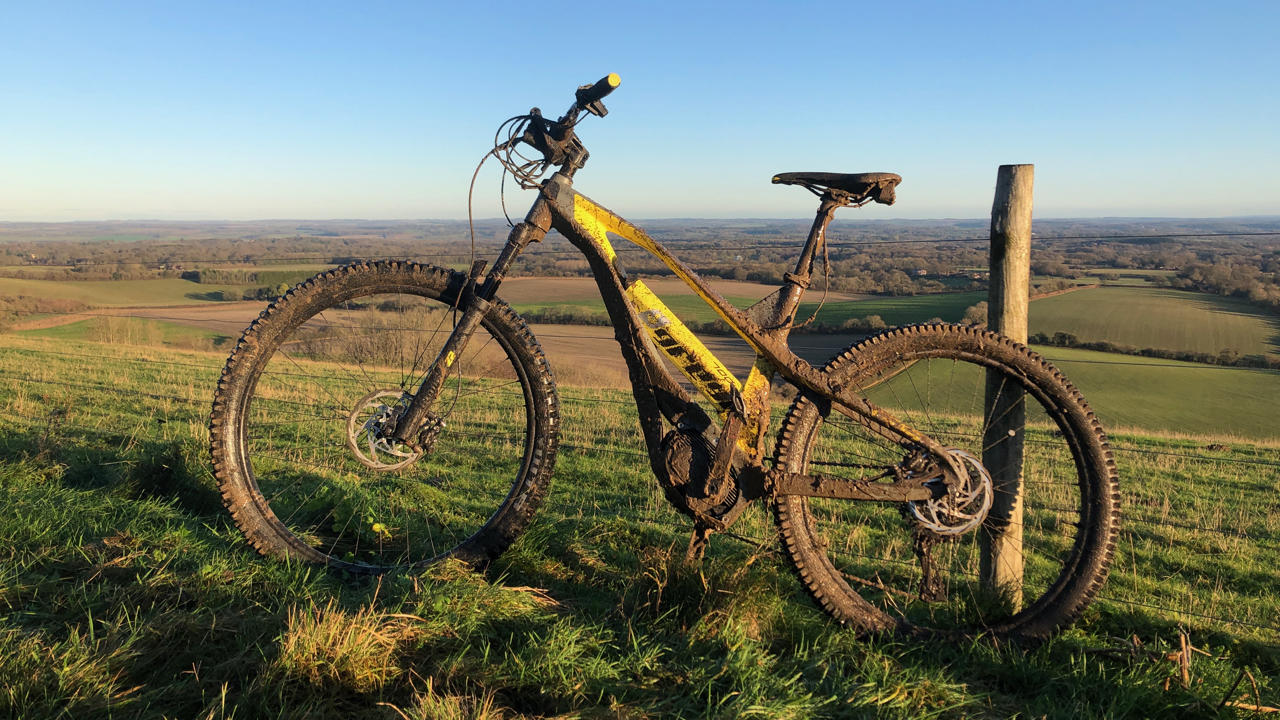 I also rode the entry level £4,000 5.1 hardtail. Same size battery, but only a 250 watt motor with assistance up to 15mph. The 6.3 had spoiled me – on this a handful of pedal strokes gave me strong acceleration, and then I hit the 15mph brick wall: no assistance and suddenly trying to make a very heavy bike go faster. Not easy. Again, like the 6.3, I didn’t rate it hugely as a riding experience – the componentry isn’t good enough quality to convince for an e-MTB at this price. But the functionality, the motor integration, the phone pairing, all of that is very impressive and works seamlessly.

Greyp is also working on other, more urban focused bikes, and I reckon for those who want to take advantage of a new way of getting around, they could be pretty compelling. I can see Greyp doing for elements of bike technology what Tesla has done for cars – to lead the way and show that there’s more to the bike experience than just riding.