Blast mud away on the go with this portable pressure cleaner

Wherever your outdoor adventures take you, you can leave the mess where it’s made with the Worx Hydroshot Portable Pressure Cleaner

ADVERTISEMENT FEATURE by Worx
What is an advertisement feature?
Skip 1 photos in the image carousel and continue reading 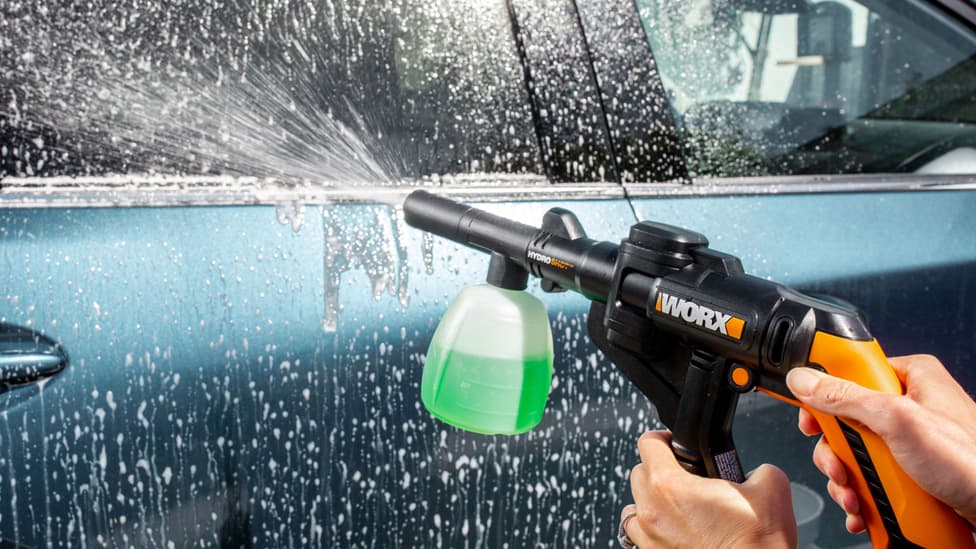 There’s plenty to be said for seizing the day, but when your car gets plastered with mud both inside and out, it’s surprising how quickly you can lose your enthusiasm for all that spontaneity. While no one likes being the one to say “that’ll be a nightmare to clean”, it’s not unreasonable to want to avoid spending precious time brushing dried muck out of your mats and carpets.

All too often, the aftermath of a great British day out can include furiously smashing dirt-caked shoes together or making repeated trips to refill the water bottle because you still haven’t got all the sand off the deck chairs. Mercifully, it doesn’t have to be this way. 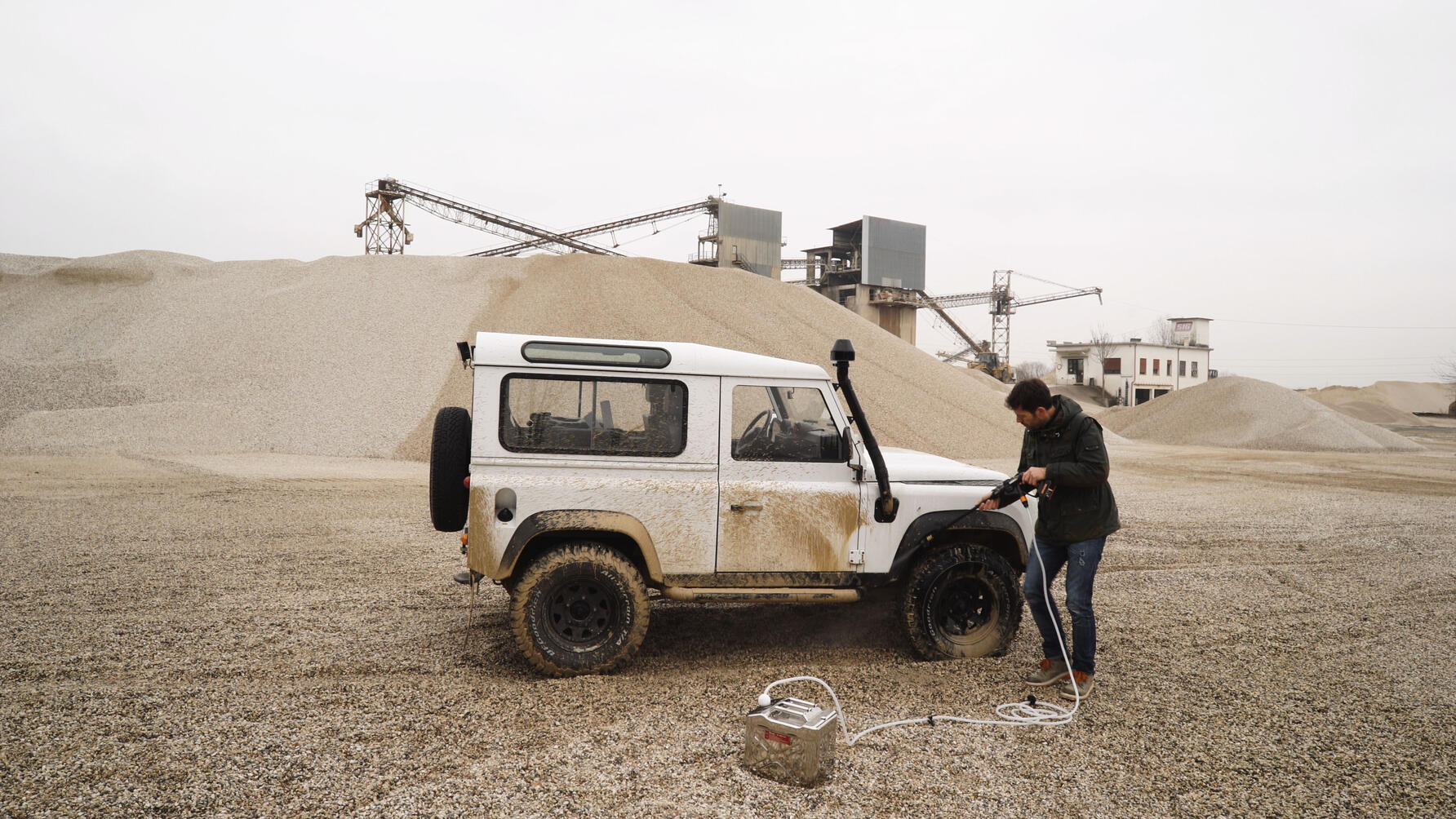 Leave the mud behind

Thanks to the Hydroshot Portable Pressure Cleaner from Worx, fun-seekers and mess-haters alike can rejoice. Let’s say you decide to laugh in the face of a rainy day by going mountain biking with friends. You know that’s going to raise the prospect of muddy bikes and shoes in and around your car, but armed with the Hydroshot, you can blast away any muck before it even gets anywhere near your pride and joy.

The portable pressure cleaner draws water from any source, be that a bucket, bottle, lake or stream. And because it’s battery-powered, it’s truly portable – so even your 12v car socket can rest easy. You can even give your alloys and windscreen a once-over before returning to terra firma.

The Hydroshot also comes with an adjustable nozzle, allowing you to target the most stubborn soilage at one extreme and delicately water plants and flowers at the other, should you so wish. There isn’t even a heavy, cumbersome base unit to drag around – it really is just a case of grabbing and going. 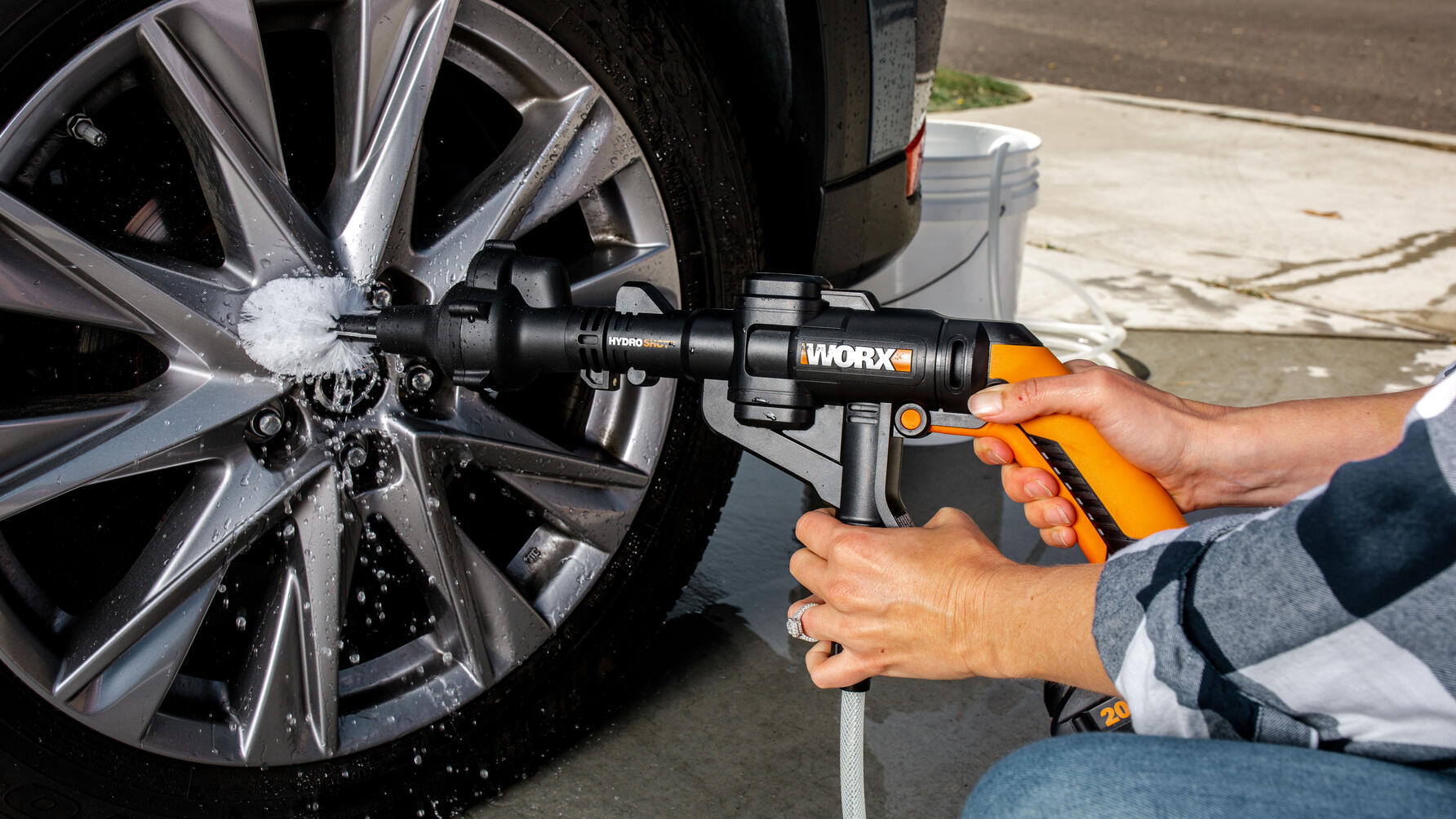 Whatever mess your outdoor exploits throw up, there’s a Hydroshot model to suit you. For the full gamut of accessories, the WG620E range is your best bet, as the kits come with a collapsible bucket, soap bottle, water bottle attachment and brush, while some models also feature two PowerShare batteries and a charger, so you’ll never run out of juice.

If it’s maximum pressure you’re after, the WG630E has nearly double the power of the standard model and a brushless motor for extra long life. It also comes with a super-fast charger and a 4Ah battery.

And if you’re washing on a budget, the WG625E model will deliver plenty of grunt for the best value. With one lance and a single speed, it comes with a fast charger and 2Ah PowerShare battery.

Find the Worx Hydroshot for you