The future of electric performance is here, and it’s, um, four decades old 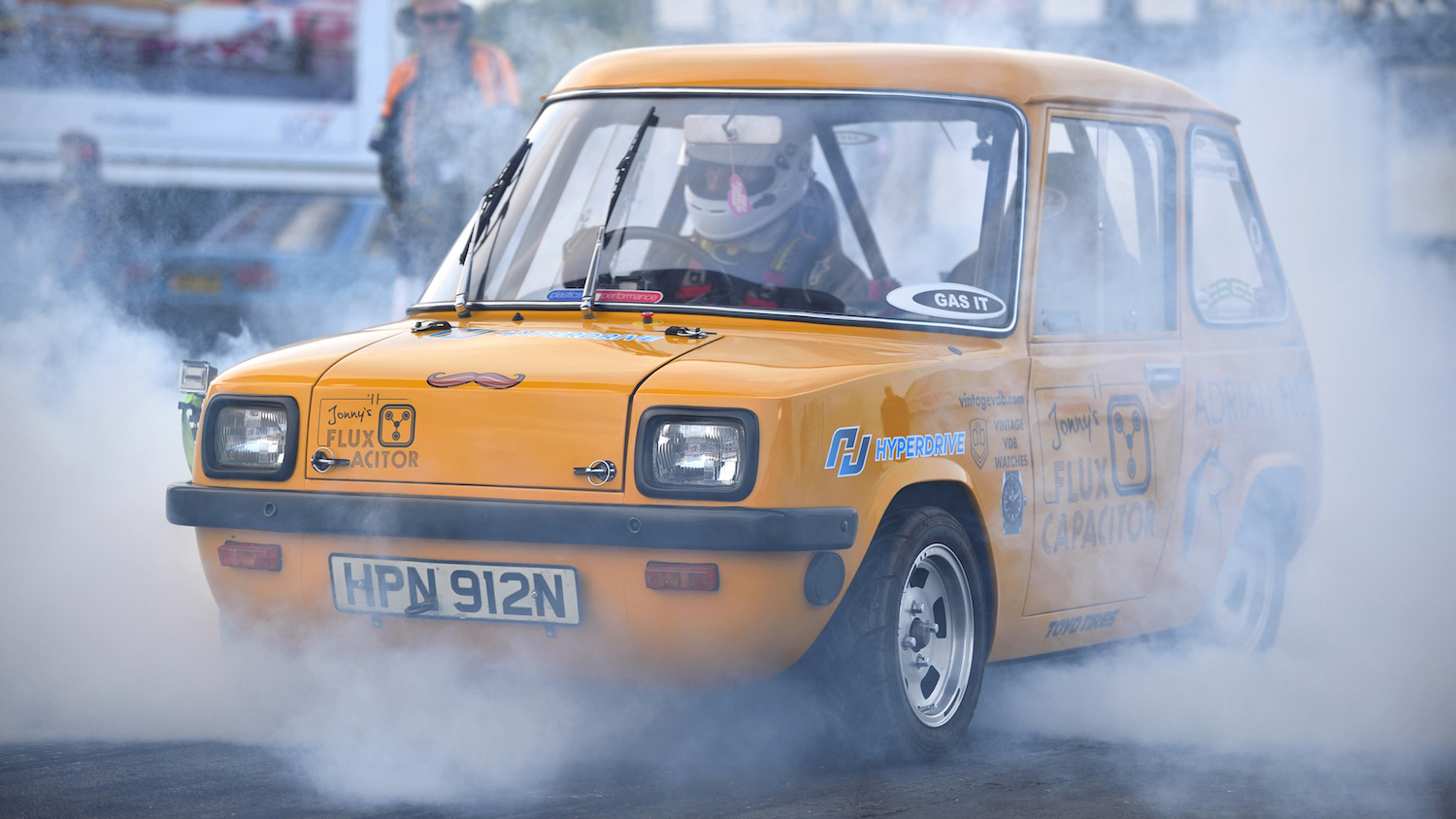 Move over Tesla, the 1970s is here and it wants its legacy back.

The headline isn’t wrong; the car above really is the fastest road-legal EV car in the world. It’s all thanks to journalist Jonny Smith, who rescued the Enfield 8000 four years ago when it was considered a flood-damaged write-off.

Built on the Isle of Wight during the oil crisis era, it originally produced less than 8bhp and had a top speed of around 40mph.

It’s safe to say that Smith’s restoration, coupled with a pair of 400V batteries normally found in the starter motor of a Bell Super Cobra attack helicopter, has given the car a tad more punch.

Now called the Flux Capacitor, it can churn out 800bhp – more than 100 times the original figure – and hit 113mph from zero in a startling six seconds.

That makes it faster than a Lamborghini Aventador, a McLaren 650S, a Porsche 911 Turbo S and even Tesla’s Ludicrous-Mode-equipped P90D.

And in a sprint race at Santa Pod on Saturday, it proved its credentials with a quarter-mile time of 9.86 seconds, clocking a top speed of 121mph. The previous world record of 10.25 seconds was held by a converted Datsun 1200, also a product of the 70s.

“I'm in awe of what this little yellow thing can cope with,” said Smith. “Despite so many racers telling me that a 68-inch wheelbase car could never safely go as fast as we wanted, the Enfield has proved them wrong.

“You quickly forget how small it is when the lights go green. The instant electric torque delivery is something I have never experienced in over 15 years of driving and testing sports cars.

“I set out to build a British electric hot rod. I hope I've achieved something leftfield enough to prove that David certainly can beat Goliath.”