The Jaguar XJ is dead. We dry our tears with the help of its ancestor 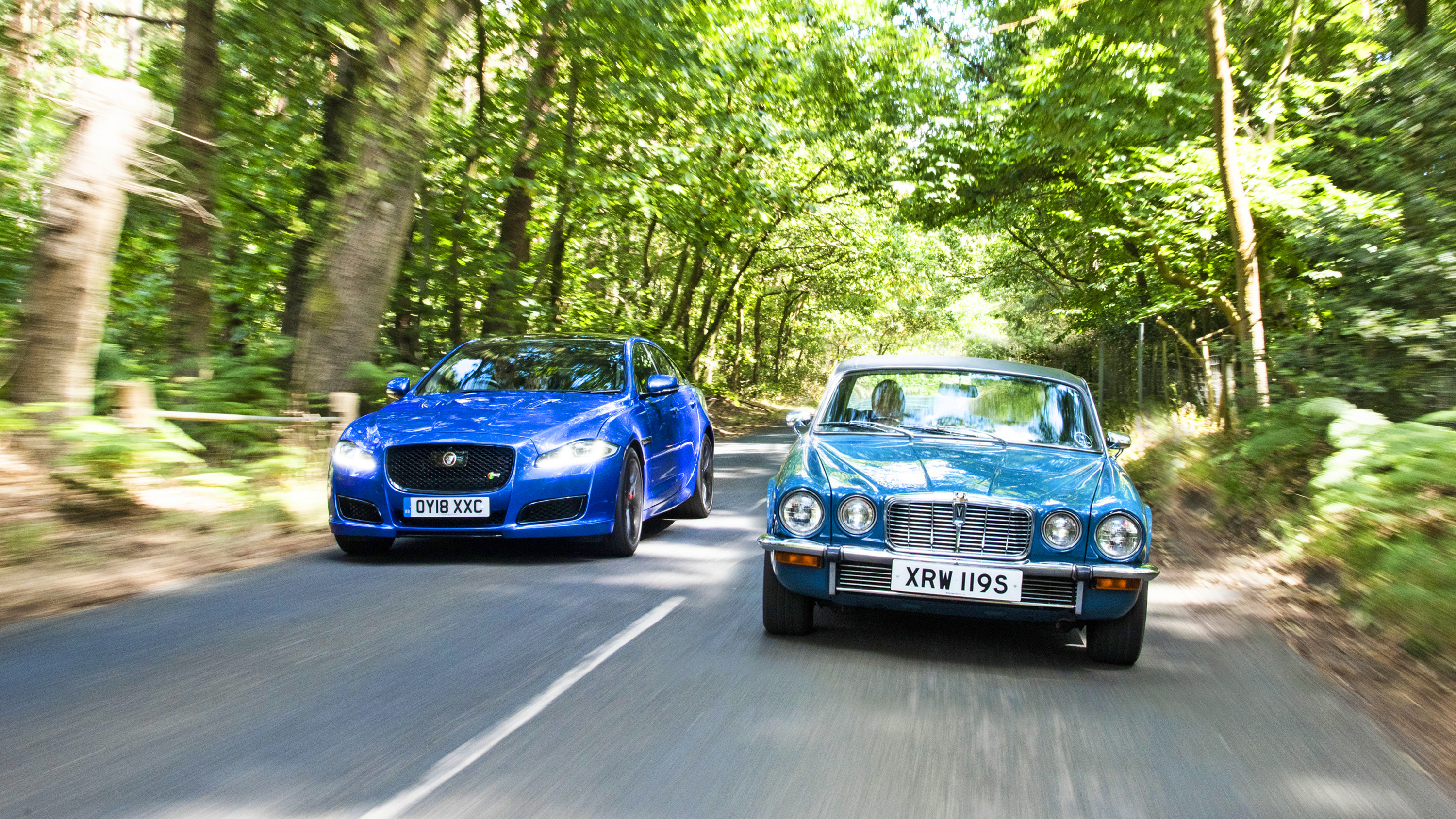 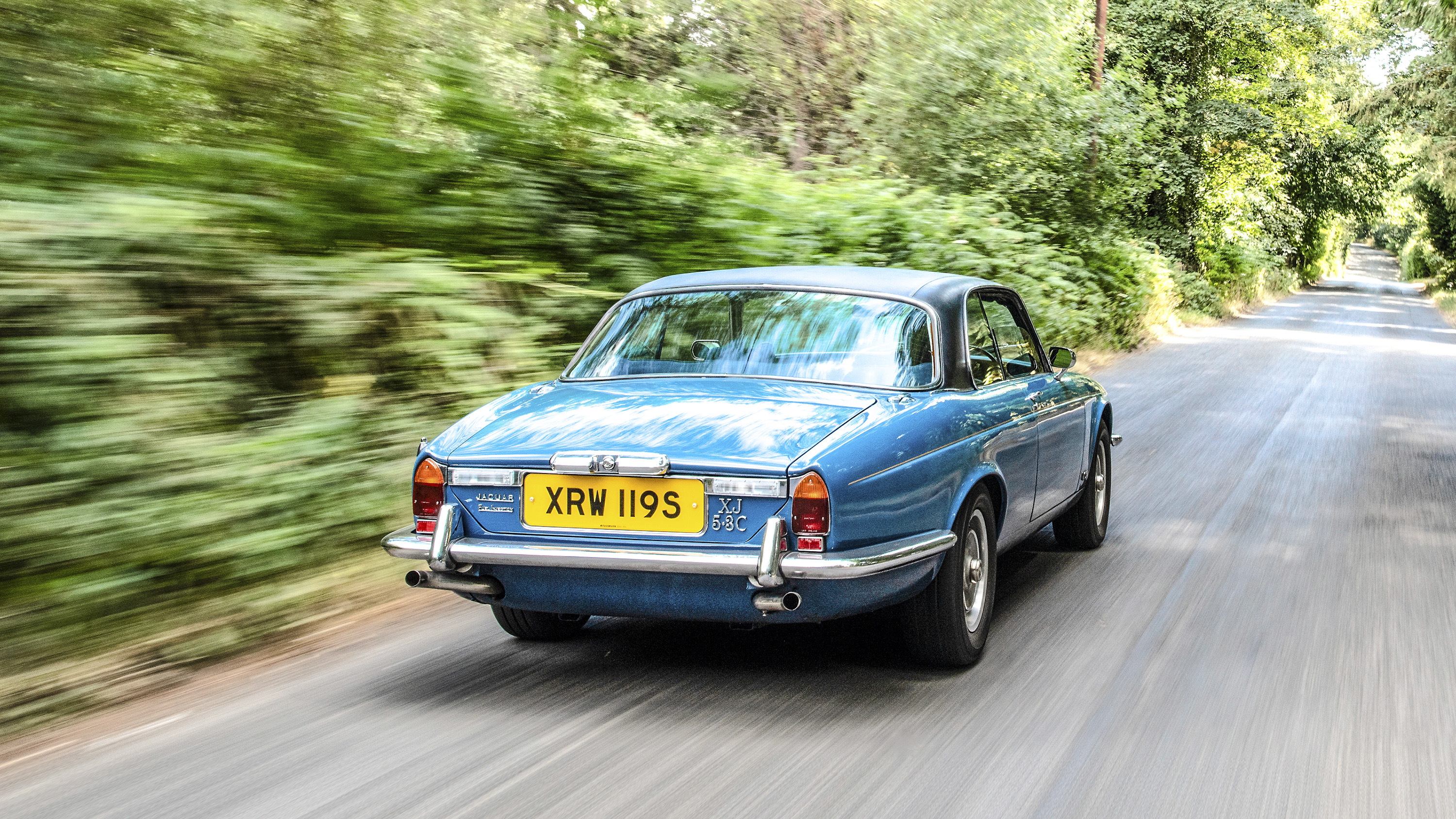 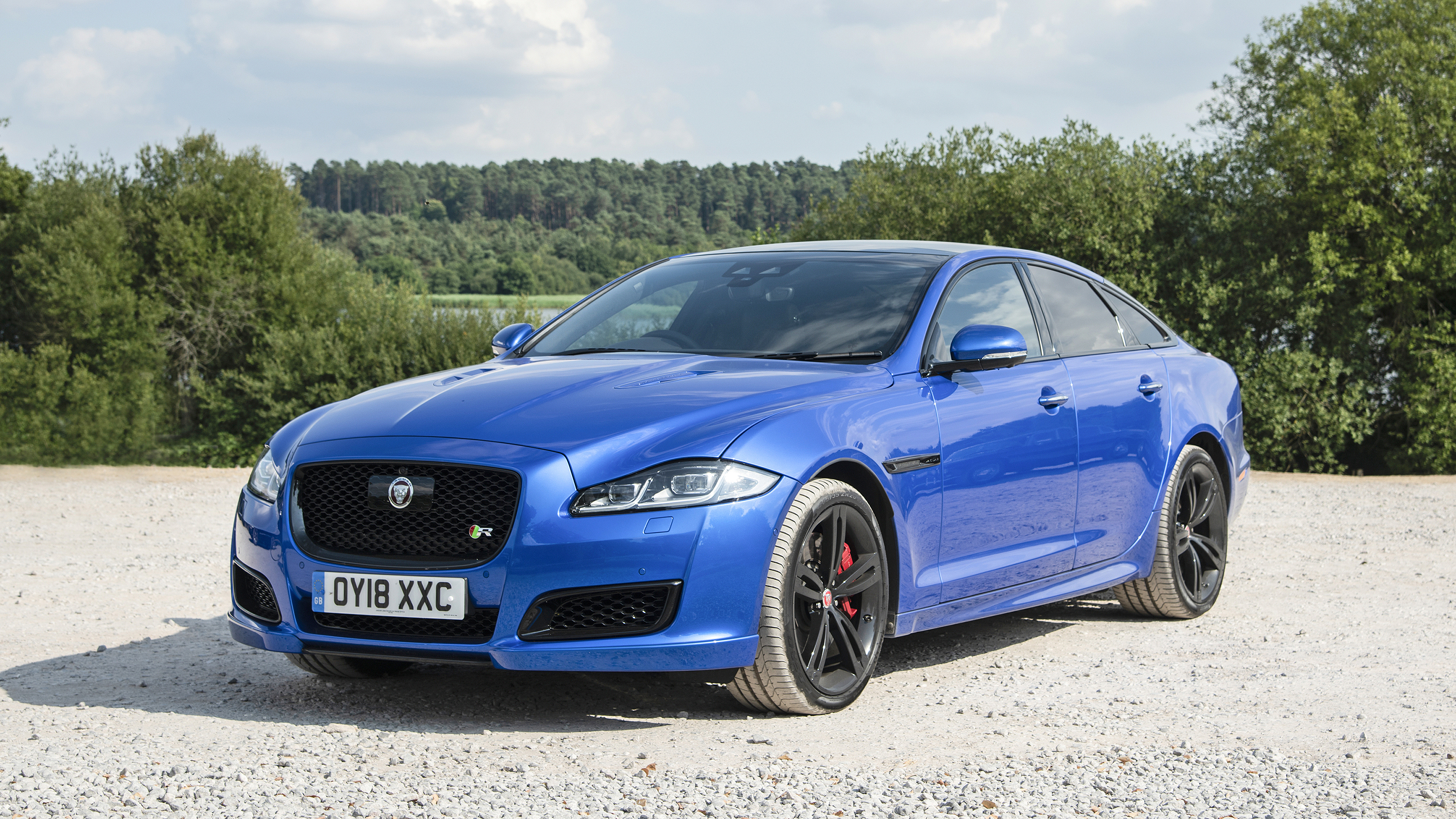 Jaguar did something sneaky recently. It withdrew the XJR from sale without telling us a thing. Then a few months later it halted production of the XJ altogether, to make way for the brand-new one. Which was going all-electric... until Jaguar canned it. Our hearts are broken, for this news means the supercharged V8 XJR is no more. If ever there was an excuse for one last blast…

And we’ve not driven the swansong XJR alone. It’s brought along the XJ C, its great great grandad, for company. The XJ marked 50 years in production recently, and these are surely the two most appealing examples.

On the left, the XJR575 with as much metric horsepower as its name suggests. It’s the most powerful XJ ever sold and the big limo at its punchiest. I’d have one of these over the current BMW M5, I’m such a big fan. On the right, the XJ 5.3C, a V12 version of the outstandingly pretty two-door Series 2 XJ, made over a relatively small run in the 1970s.

Sure, the XJ C looks lithe, dainty and plain wonderful here, but there was also a wide-arched, steroidal touring car version. I’m sure it’ll be far less smooth and unruffled than this 1978 example to drive, but neither is this particular coupe a soft touch. First impressions aren’t unlike a modern Rolls-Royce Wraith, a coupe that dissolves your stress with its pillowy ride and an engine so quiet and silky, you’d swear it was a single-speed electric powertrain. An unintentional preview of the future, there...

There’s a great chassis crying out for its chance to shine, though, and the XJ C makes a mockery of its 1.9-tonne kerb weight by cornering keenly and seeming to resist the turbulent understeer you’d expect from a car of its vintage with such a large engine up front. It’s no time at all before I’m braking into turns to tighten its line. There’s no aggression to its dynamics, no sudden surprises despite its comically large, thin-rimmed steering wheel being almost devoid of feel.

The V12’s smoooothness (and its modest 285bhp) may not allow the XJ C to build speed suddenly, but once you’re travelling at a reasonable lick it’s so easy to hustle along, losing none of your momentum. Contemporary XJ saloons drove like cosseting limos, and this manages to retain the same DNA while being genuinely fun. I can see why someone thought it’d be a good idea to take one racing.

Now, stick Broadspeed XJ into a search engine and just imagine how good the XJR575 would look in a similar livery. Mind, I’m not sure it recommends itself as racecar material as well. While the XJ C’s friendliness has your confidence and cornering speeds rising almost immediately, supercar levels of power being delivered solely to the XJR’s rear axle do temper your commitment. It doesn’t put its near-600bhp to the ground with anything like the metered accuracy of an M5 or E63, but then nor does it employ the clever four-wheel-drive systems its German rivals now favour. Which means it’s more of a hoodlum.

At lower speeds, though, the 575 does a surprisingly good impression of the old XJ C, despite its five-inch larger alloy wheels wearing half the sidewall. The ride is firm and the steering sharp, yet if you stay calm this is still a cosseting place to be. Its supercharged V8 can even stay hushed.

Can. Just try resisting prodding it into its various dynamic modes to unleash its full savagery. Get stuck in and it’s a really talented sports saloon, shrinking uncannily around you. While you’ll never shrug off its width on a tight country road, its weight seems to disappear as your steering angles increase. It’s more supple and forgiving than an F-Type, and arguably a more naturally fun car to drive.

The XJR575 is a blisteringly quick but absurdly classy car, its three different driving modes and eight gears giving you options of how muted (or not) you want its behaviour to be. It’s a unique, wonderful proposition; less serious than an M5 or E63 but with better manners. It manages to drive like a sports car but relieve stress like an XJ. Much like the XJ C it’s shared a road with today. I’m certain it’ll be remembered with similar reverence.