Vauxhall boss: “We have to become challenging” 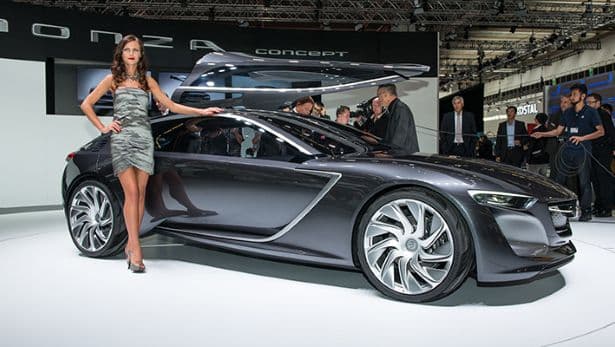 We recently showed you the new Vauxhall Corsa, and told you about the Viva baby car. The Adam, always handicapped by outdated engines, is getting a brand-new one, a three-cylinder turbo. Across the range, Vauxhalls are getting excellent new diesel and petrol engines. Gearboxes too, including a twin-clutch.

Next year there's an all-new Astra. It's smaller and lighter than the current one but just as roomy because its wheelbase is longer. And we have it on extremely good authority that it rocks a surprisingly big dose of the design smarts from the wild and lovely Monza show car.

There will also be replacements for the Zafira and Meriva over the next two years. But they won't look like MPVs. According to GM Europe's boss Karl-Thomas Neumann, "the Meriva and Zafira both created segments, but both got larger and too expensive for families, and anyway MPVs are the fastest-shrinking segment in Europe. People want the SUV look and the high seating position, but true SUVs will always be bad actors in CO2. So we need the SUV look in fuel-efficient ways. The Meriva and Zafira [replacements] will develop in this direction."

You'll remember Peugeot-Citroen and GM have a co-operation deal. Even though that deal will probably be wound up before many years, those Meriva and Zafira replacements will use Peugeot's new platforms and be built in Peugeot plants. The GM plant in Bochum, Germany, that currently builds the Zafira is being shut in 2016 to save money.

So, lots of news on the horizon for Vauxhall.

It's all a potent turnaround from where GM's European arm was a few short years ago. In 2009 GM in the US, as part of its bankruptcy and Government rescue deal, wanted rid of Opel and Vauxhall. After all, why would the US taxpayer prop up a foreign division that was losing money by the billion?

And so a deal was very nearly done (with strong German Government support) to sell GM Europe to Magna, a components supplier and contract manufacturer.

But within months the new management in Detroit realised it would have been potty to try to remain a world force in carmaking without its European design and development arm. America's market might once have been defined by vast pickups and 4x4s, but these days actual cars are important there. And no-one does better cars than European engineers and designers. Besides, turning out the lights on selling cars here would have been like self-amputating a limb.

So instead they drew up a plan to stem the losses by closing plants, and invested in all those new goodies that will be launched over the next year.

In all Detroit pledged a staggering $5 billion (£3bn) to GM in Europe, supporting the development of the new cars and powertrains, and the costs of redundancies and closing factories. The plan also included booting out the Chevrolet operation that sold little-loved Sparks, Aveos, Cruzes and so on, leaving the way for Vauxhall and Opel to get their prices right. This was telling because there's a big sentimental attraction to Chevrolet in Detroit. Getting rid of it showed Europe was being given a voice.

Here in Britain, Vauxhall is preparing a big re-branding exercise in time for this autumn's on-sale date of the new Corsa. Vauxhall boss Tim Tozer says, "Now is the time to be bold. We'll launch the Corsa in a way that will surprise you and get us out of the box."

Tozer himself is a relatively new arrival rather than a GM lifer. He makes these observations about the company that took him on: "There have been ups and downs in the product journey and that's wrapped up in how Vauxhall is perceived. Is it sexy or aspirational? No. The nameplates - Astra, Corsa - are more understood than the brand itself. The cars have been pushed [onto buyers] not pulled. And that's sad because the cars are better than that. And we have good, clever, passionate people all through the company."

At the moment, he says, they're still working on the specifics of how to communicate the company's nature - and indeed what that nature truly is. Crikey. Better get a move on, as the Corsa launches this autumn.

But he is clear who Vauxhall is for. And who it isn't. "In Britain frankly there's a show-off factor. Some people just want to be seen in Audis and BMWs. But we're a brand for Middle England [does he have a crystal ball on the Scottish referendum?] They are savvy customers. They'll buy this from Waitrose but that from Aldi - which wasn't the case five years ago.

"We are a brand that gives value, but not a 'value brand' like Hyundai or Skoda which actually match their prices to ours now anyway."

Though the cars are the same as Opel's, the branding strategy won't be, not quite. "We in Vauxhall have the authority not to cut'n'paste pan-European advertising, so we can tell our story. Which is about quality, value and a design language that's strong and connected across the range. And Britishness - we won't wrap ourselves in the flag but it's a part of who we are.

Not that he thinks Vauxhall will sell any more cars than it does now. It's more about selling the cars to people who want them more, and so are prepared to pay more than today's discount-centric takers.