We no longer hold the record for the world’s fastest lawn mower. Time to put that right 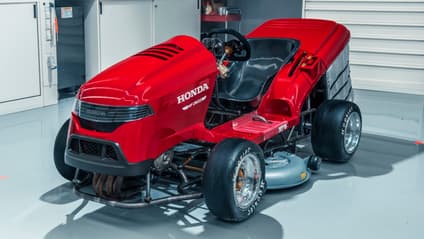