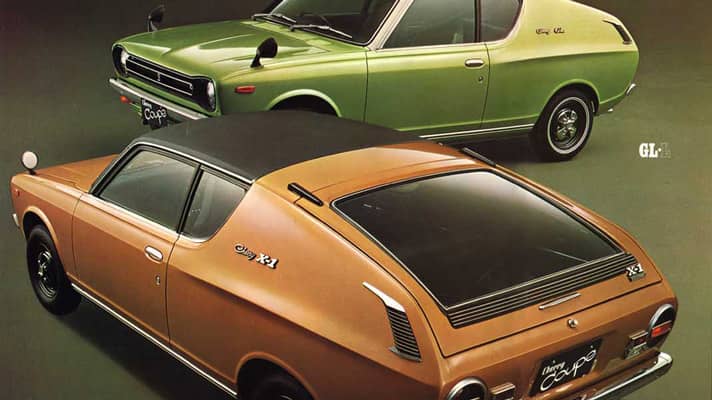 It's official - after 27 years, the Datsun name plate is back, when it'll be glued on the front of a Micra-sized budget runaround. It has five doors. It has a 1.2-litre engine. It costs £4,500. And it's born of Nissan's loins.

In many ways, it's a lot like 1934. Only with fewer Adolf Hitlers. And Great Depressions. And prohibition laws. And Al Capones...

OK, so it's nothing like 1934. But that year, Nissan Motors was formed from the merger of two Japanese car companies: DAT Automobile Co. and Jitsuyo Automobile Co. But instead of using the new, Nissan name plate for the front of their cars, they chose to brand them Datsun - the moniker DAT Automobile Co had been using since the previous year - which was a variant of Datson, the name used since the company's first car the year before that, changed because it sounded too much like a Japanese phrase that means "to lose money".

Confusing, right? It could be worse. And, indeed, soon was. The carmaking component of Nissan's operation was an expensive one, so to keep it afloat, it produced spares for Ford and GM, because both companies were in the throes of being chucked out of Japan by the then-new, fighty government. Thing is, said government, or rather military constituent thereof, spotted an opportunity - it wanted Nissan to focus on building military trucks for its war effort.

A heavy hand descended, and Nissan launched a series of luxury cars based on the Graham-Paige Crusader using tooling bought and imported from the USA. More importantly, said cars - sold as the Nissan Model 70 in Japan, the first to use the company's name - used enormous 85bhp engines, which could be used to power an army truck. Just like the firm's model 80, launched in the Forties.

Then World War II descended. Nissan's sole concern was producing vehicles for the military and, for a brief spell, aircraft. After peace was declared, and having survived numerous bankruptcy scares and aggressive union wranglings, it was, remarkably, the Americans that dragged it from the precipice. In 1950, the US Army, via the UN, commissioned scores of mini trucks for its supply lines into Korea.

There were a few union-shaped bumps during the Fifties, but this was the decade that saw Nissan grow enormous. A panoply of new models - including an Austin A50-based saloon - saw output rise from 865 cars in 1950, to more than 32,000 in 1959. Now it could start expanding. And getting saucy.

The company thought that its best bet was America. Which was an, erm, interesting decision considering how fractious relations had been during WWII. But it was also a sound one. Mitsubishi imported them into California, and they were a slow, but solid seller.

Sales abroad meant there was enough money sloshing around to go racing, and in 1958 a Datsun team won the Australian Mobilgas Trial rally in a 210 named the "Fuji-Go". The following year, it also added a bit of desirability to proceedings with the Fairlady rag-top, built from dizzyingly modern fibreglass-reinforced plastic and, if you were an Austin-Healey fan, styled by déjà- vus. This, alongside the new Bluebird, hoisted sales American sales to 1,290.

Fast-forward a few models, all of which seem to be named after Seventies sitcom characters - Cedric, Silvia, Gloria - and Datsun had created a unique proposition in America. Reliable. Small. Cheap. But then came what were the first truly desirable Japanese cars. In 1969, the 510 GT-R and Fairlady Z were born, both styled just for the US market.

The 510 - in cooking variety, at least (the GT-R was only for the Japanese market) - appealed to buyers' heads, and the 240Z to other neighbouring organs. In the States, roughly one million Zs were sold in a decade. It took Corvette 25 years to achieve the same numbers.

Meanwhile, in Europe, imports had been trickling in since 1962, when a shade over 700 Bluebirds were exported to Finland. The Netherlands, Belgium, Sweden, Denmark and Switzerland got their share shortly after, followed by the UK and France. The sales pitch was the same - safe, reliable, cheap, and occasionally interesting to look at - which won them Blighty's thriftiest hearts, and a place on most British streets.

Come 1984, and with the Datsun brand firmly established across the world, Nissan decided it was about time it marketed its cars under the parent brand's name plate. Datsun was dropped. But it was a pricey decision. Changing signs at the 1,100 Datsun dealerships cost $30 million. Changing the marketing epithet from "Datsun, We Are Driven!" to "The Name is Nissan" cost $200 million. Then there was another $50 million spent on approved but redundant Datsun adverts. All in, it was a $500m exercise...

But it's back, albeit just for the Indian market. But would you like to see it back on Britain's streets? If so, which model? 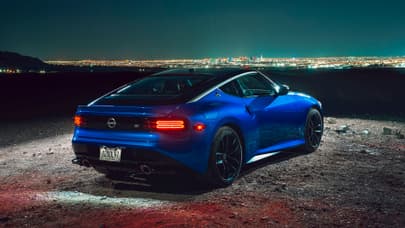 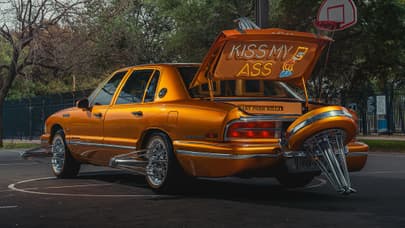 All you need to know about SLAB car culture 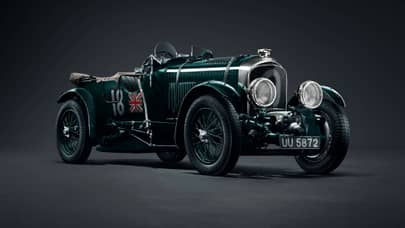