Meet the first ever Korean car 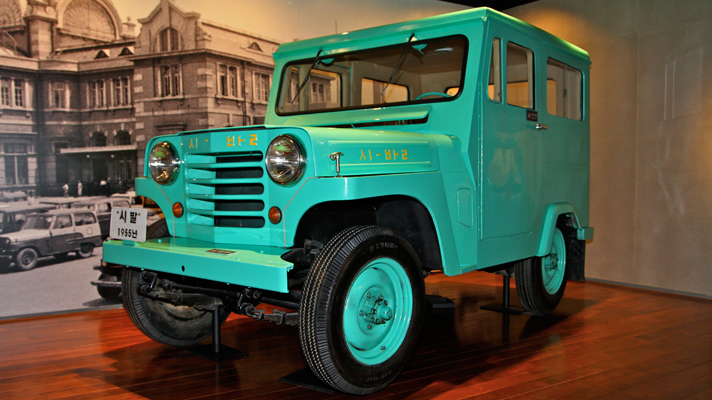 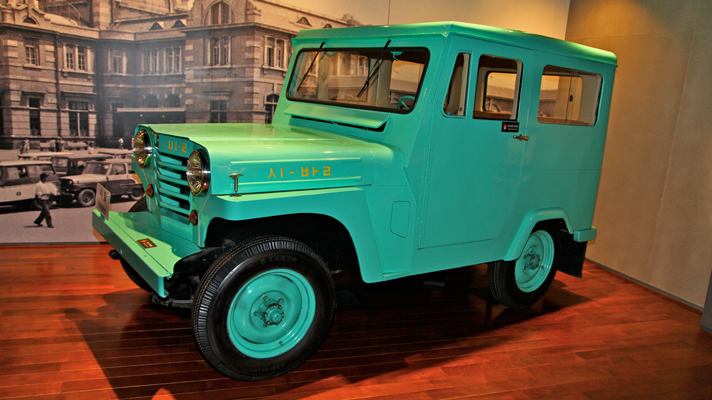 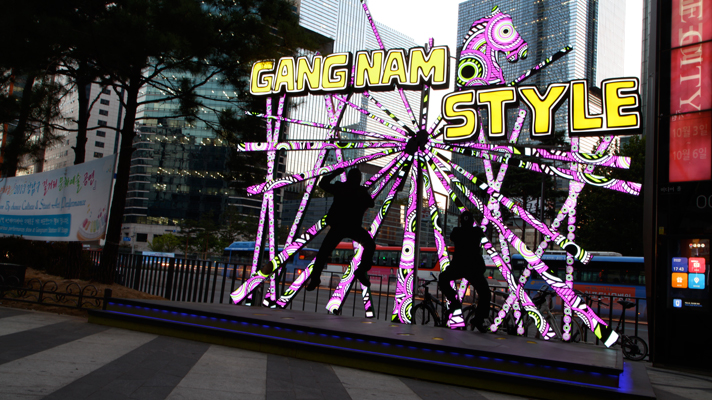 The history of Korean cars begins at the end of '50-'53 Korean War. When hostilities ceased, the US and the Republic of Korea signed a military alliance - celebrated late last month in Washington - whereby many American soldiers would become permanently stationed in South Korea. They're still there. And in the Seoul-Washington relationship, described as being "forged in blood" we find the roots of the Korean car manufacturing industry.

It's the cheery little blue chariot you can see in the pictures above. It's called the ‘Sibal', dates back to 1955 and is the first ever car to be produced in Korea. Choi Mu-Seong and his two brothers built it on the basis of a Willys Jeep - so ubiquitous in South Korea in the mid 1950s - using spare parts from the US military. For such an important car for this most important of car-building nations, there's precious information on how the thing was actually made.

We're told around 50 per cent of the Sibal's engine (probably a four-cylinder petrol, though no one's quite sure) was produced in Korea, while the body was formed using - and this is great - old oil drums. That's right, the shape of the Sibal, modelled on the Jeep, was hand hammered into place using oil drums. Talk about ambitious...

Though it wasn't really that rubbish. Initial demand was deemed as being poor, but following the receipt of a presidential award, Sibal production flourished. Mostly thanks to cabbies: most of the Sibals made during the mid to late 50s were used as taxis.

The blue car you see above could be the last left in Korea, despite estimates putting production at around 3,000 models. Production lasted from 1955 to around 1959, stifled in part by government policy that restricted the new car market.

Unfortunately, despite TopGear.com's pleading, the official on hand at the National Museum of Korean Contemporary History - where this example is stationed - did not acquiesce to our requests for a quick test drive. Mainly because it's a historic museum piece enshrined for future generations to understand the start of an epic journey, and also because there's, um, actually no engine in the model.

So how did South Korean go from Sibal to near-global domination? Well, in 1962, the Seoul government enacted the Automobile Industry Promotion Policy, which barred foreign automakers producing locally unless they were in joint ventures with Korean companies. That law truly kickstarted the automotive landscape.

Especially Kia, which started out making bicycle parts in 1944, exporting them to Hong Kong - the first Korean goods of any kind to be shipped overseas, no less - before changing its name and knocking out 100cc C100 motorbikes based on the Honda Super Cub, and then the adorable 360cc K360 three-wheeler truck.

From there - and in close co-operation with Mazda - Kia slowly built up a range of sensibly priced, infinitely boring rebadged Japanese cars; the Brisa S-1000 saloon based on the Mazda 1000, the Brisa K-303 based on the Mazda 323, the Pride (Mazda 121), the Concord (Mazda 626) and the Potentia (Mazda 929). Still paying attention?

Right, now it gets interesting. When Asia's ‘tiger economies' collapsed in the late 1990s, Kia only escaped bankruptcy after Hyundai, which saved its South Korean ally and repositioned it as a sporty brand. This sportiness culminates neatly in the news TG.com brought you last week: the production of Kia's 360bhp, rear-wheel-drive twin-turbo GT saloon.

And today, at the company's Hwasung plant that opened in 1991, we see just how far Korea's car industry has come. This plant - practically a city within a city - pumps out most of Kia's passenger vehicles for local and export markets, has a capacity to build 600,000 cars and over one million engines annually, covers 3,251,923 square metres, and houses a 4km internal test track.

An entire car takes less than six hours to build here, with one car rolling off the assembly line every 74 seconds. Kia today is valued at a whopping $4.1 billion, a figure the trio of brothers who made the early Sibal would no doubt be proud of. Oh, and as for ‘Sibal', it translates quite literally as ‘start'.

*TopGear.com would like to take this opportunity to mention we went an entire article without referencing Gangnam Style. We couldn't resist visiting the sign dedicated in that song's honour, though (in the gallery above), and politely refer you to this clip in which Psy teaches the old BBC F1 crew how to do ‘that' dance.