Behold: it's the BMW 8 Series concept 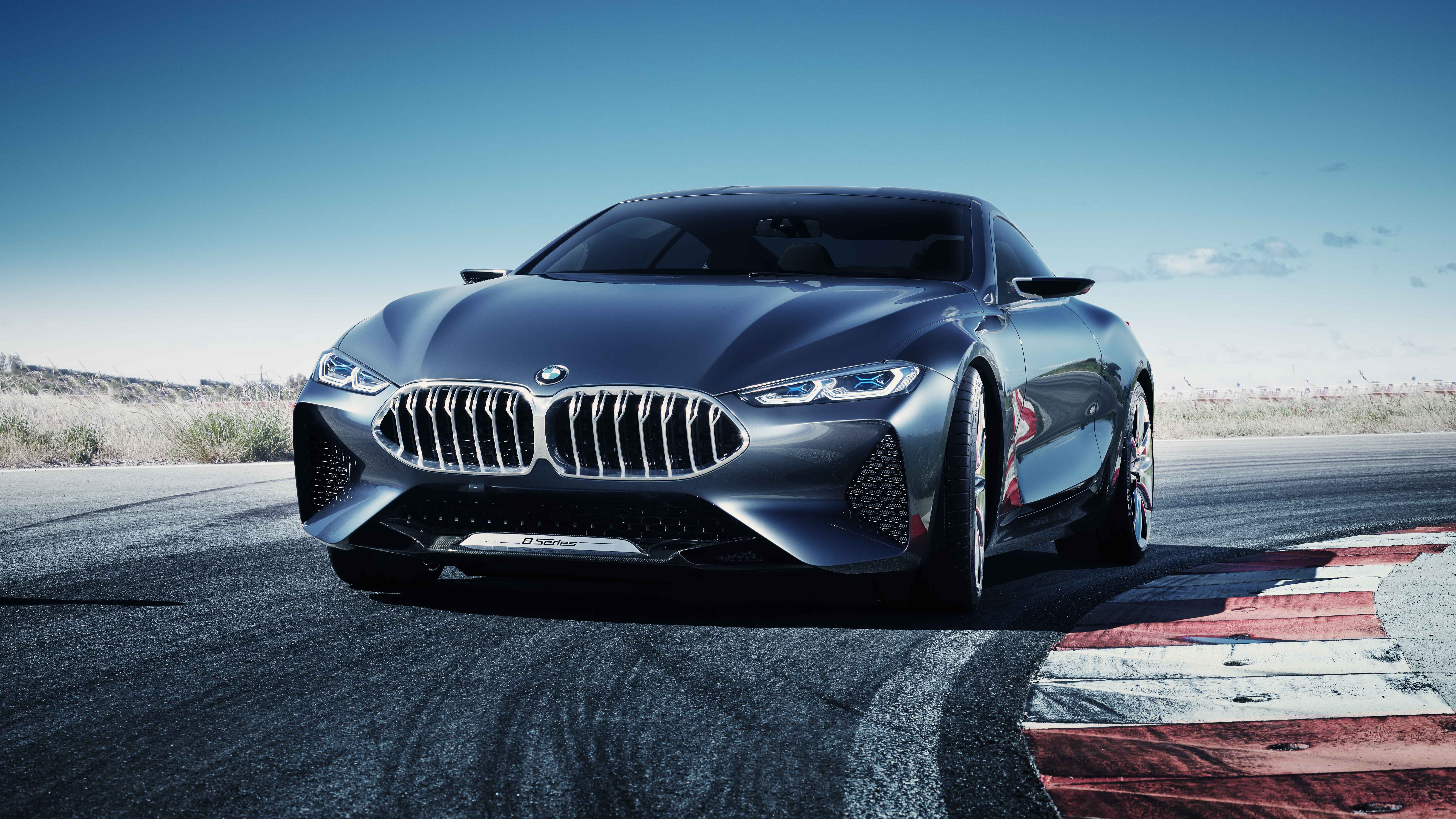 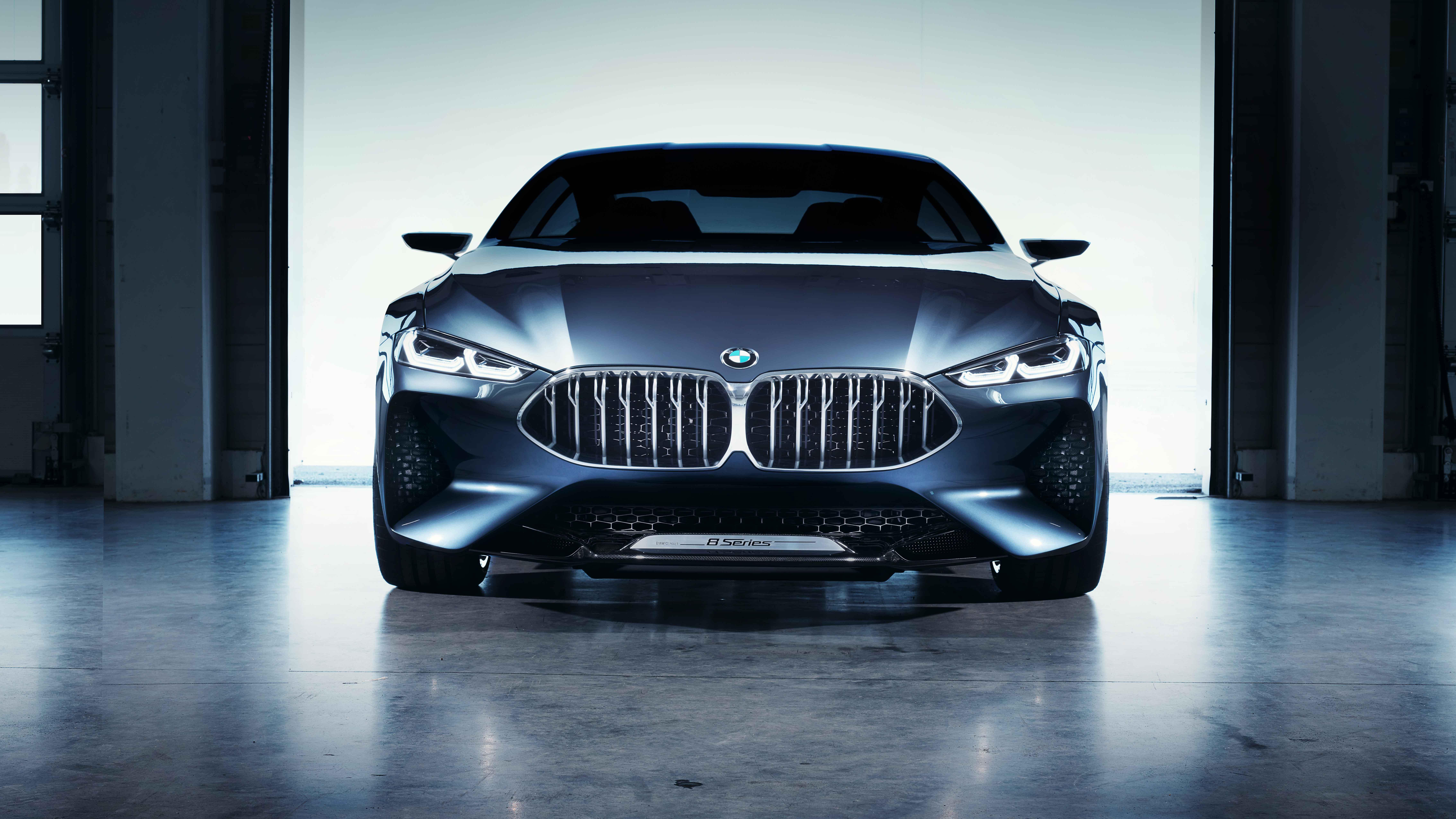 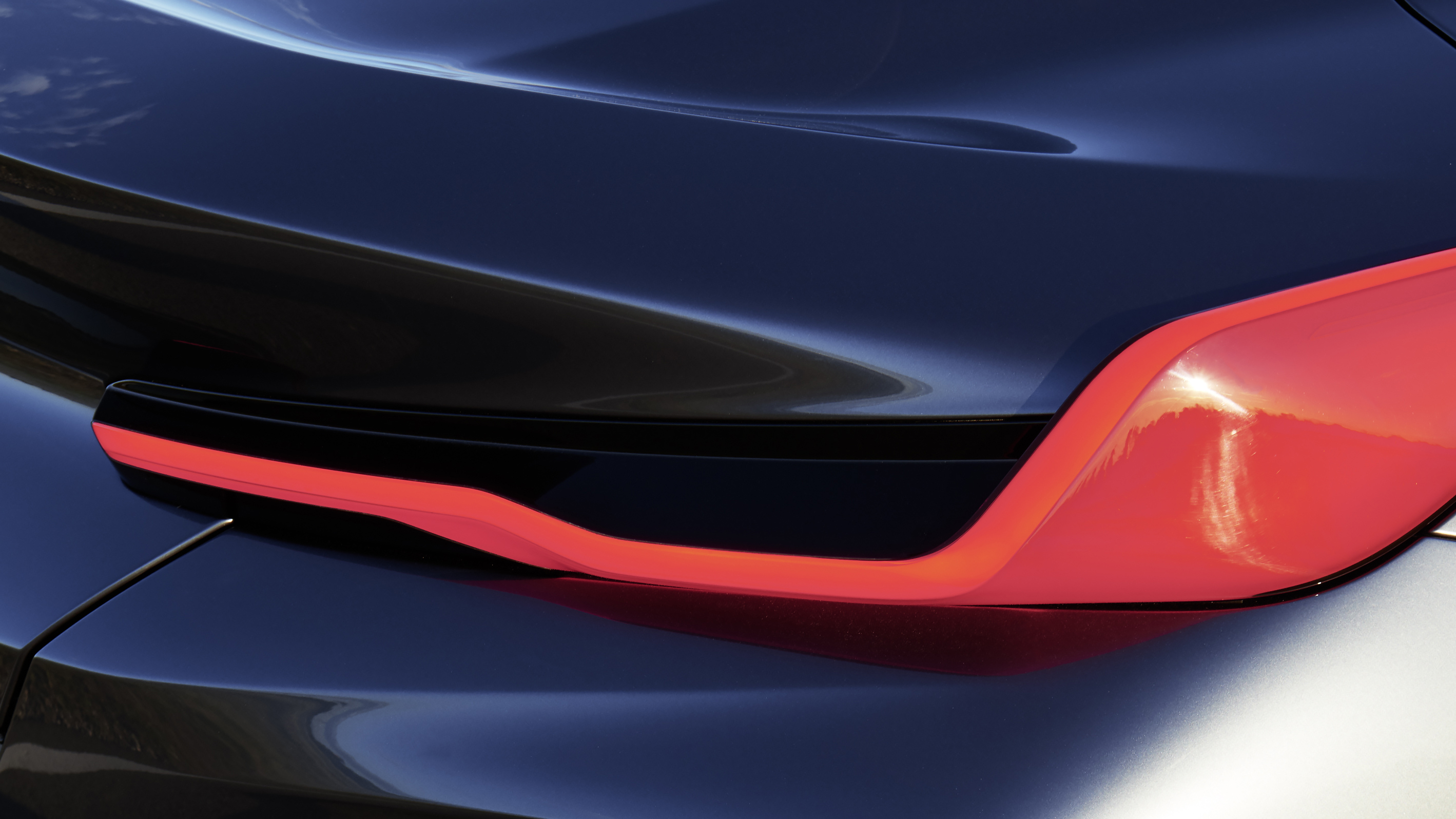 You might look, but car designers ‘read’. And the first read of a new car is usually the most significant. This is the one that generates the gut-punch, the wow, or possibly the eeeuurghh. That first instant you clap eyes on something is also the one in which your mind is invariably made up.

BMW’s 8 Series concept is challenging because it isn’t particularly challenging. In a good way. Sitting in a hangar deep within BMW’s Miramas test facility in the south of France, it issues one powerful statement on that first read: it’s beautiful. Simple as that. There’s nothing jarring about its proportions, its form is that of the classically elegant luxury coupe, and your eye will wander in vain in search of a gimmicky detail. What gives? Aren’t concept cars meant to blast brands on a risky journey into the unknown?

Fortunately, BMW’s head of concept design, Marc Girard, is on hand to clarify. "The first goal is to pre-communicate the new 8 Series," Girard says. "That car’s job is to broaden the luxury-plus segment. I wouldn’t say it’s a new start, but this is definitely a new form language. It’s absolutely reduced, there are less lines on the car, and a greater emphasis on sculpture. We are demonstrating our ability to control complex form and shapes."

BMW has a long track record in concept cars, and the 8 Series will go public, a week after TG’s exclusive preview, at the glittering concorso d’eleganza in Villa d’Este – following the likes of 2008’s M1 Hommage, 2011’s 328 Hommage, and 2015’s 3.0 CSL. They were cool, mischievous, and retro. The 8 Series is different, and much more relevant. This is BMW hitting the re-set button, and beginning a whole new design cycle. What you see here isn’t just 90 per cent of what you’re going to get on next year’s all-new production car, it’s premiering an approach that’s going to inform the next wave of BMWs, up to and including the ones that can drive themselves. So that first read is more important than ever.

Thinking about it, it seems a little odd that BMW allowed the 8 Series nomenclature to lie fallow for so long. The original car arrived in 1989, and stayed in production for a decade. It’s generally held to be the pet project of Wolfgang Reitzle, BMW’s urbane and uncompromising former product development mastermind, a wildly over-engineered and overweight super coupe that arrived powered by a 5.0-litre V12, looked like it was chiseled out of purest Bavarian unobtanium, yet failed to chime with the 1990s. Just over 30,000 units in 10 years has at least given it cult status.

Coincidentally, the year the original 8 Series ceased to be, BMW was simultaneously unveiling a new concept coupe, the Z9. History records this as the first of then-new design director Chris Bangle’s iconoclastic designs, a dissonant slab of modernism for a Y2K world, that teed up the E65 7 Series and E63 6 Series. Compare those to the new 8 Series for a fascinating over-view of one company’s 20-year aesthetic journey.

The new car also signals BMW’s determination to thrust further upmarket, leaving room for a 6 Series spun off the new 5, and placing the anti-BMW that is the 2 Series Active Tourer firmly in the rear-view mirror. "The number 8 has always represented the pinnacle of sports performance and exclusivity at BMW," chairman Harald Krüger says. "The 8 Series will be the next model in the expansion of our luxury car offering. In the process, we will strengthen our claim to leadership in the luxury class." That clears that up, then.

"We’re always celebrating key icons from the BMW standpoint: there’s still a red thread that keeps our roots alive," Girard adds. "And what a great thing to be able to do. What I can say is that this is definitely a new step in terms of how we deal with surfacing and modernity.

"To make a luxury car you have to get to the essence. Dynamism is the key to every BMW and we’re making that even more obvious by focusing on the essential. Reducing has something of a negative connotation because it suggests you are getting less. But in fact we are delivering more. We are reducing to enhance."

Maybe it’s a reaction to the deafening white noise elsewhere else in the world. Sure, you’ll notice elements of Aston Martin or Jaguar F-Type in the kick above the 8’s rear arches, and perhaps some Lexus overtones at the front. But go deeper and this is a car of exemplary nuance and visual control. The paint finish is called Barcelona Grey Liquid – more of a blue-grey, peppered with iridescent pigments – and it helps to smooth the transition from the edgier elements on the car’s front end into its gorgeous body-side surfaces. The 8 Series concept marks the first time BMW’s famous grille(d) kidneys have been conjoined, and they’ve also migrated aggressively southwards here, too. The front intakes cleverly split the airflow, although the concept is closer in intent to a likely M8 than the regular car. BMW loves its laser lights, and it’s these and LEDs that are increasingly dictating the flow and feel of contemporary car design. Everything looks a little… cross these days, don’t you think? "This is very close to the finished car," Girard says. "Close, but a little bit more, shall we say, enhanced."

You have to fall in love with something straight away. You don’t get a second chance to make a first impression

The 8 Series’ rear end is where it cuts loose a bit, while giving a respectful nod to the still brilliant i8 (a parallel world, Girard reckons, despite sharing a badge). The lights are L-shaped blades that protrude beyond the top of the rear arches, amplifying the car’s volumes and maximising its width. There’s a lot going on here, and in less able hands this confluence of elements could buckle the 8 Series under the weight of its own ambition. But it works beautifully.

There’s the usual concept car frippery inside, although it’s restrained frippery. There’s brushed aluminium on the doors, and the seats have racy carbon shells covered in quilted leather. The door pulls use a metal yarn woven into carbon fibre. The steering wheel has hand-polished aluminium spars, with Alcantara along the top, and anodised red shift paddles behind.

More importantly, the 8 Series concept rolls out BMW’s next-gen user-interfaces, and groups the interior functions into distinct control clusters. It’s as focused and reduced as the rest of the car, and the main display’s graphics ahead of the driver are the highest resolution we’ve ever seen. The centre console even keeps some old-fashioned switchgear. The iDrive Controller remains, though it’s made of Swarovski crystal in here. Girard knows that the battle for future custom is going to be fought inside, and concedes that although everyone is chasing ultra-connectivity, how it’s actually delivered is still all to play for.

"We are at the crossing of different paths. We could go this way or that," he says. "The biggest thing is we are keeping up with all the future technologies, but not losing our red thread. So that it’s recognisably a BMW, while integrating the new technology. We have a clear innovation power, and we always use it to emphasise our brand values. This is an unbelievably exciting time for a designer because there are so many opportunities. You’ve just got to choose the right ones."

On the other hand, the 8 Series cleaves to one very simple rule. "You have to fall in love with something straight away. You don’t get a second chance to make a first impression."