This BMW i8 concept previews the future of car electronics

CES concept looks sporty, but it's a peek at the future of interiors and self-driving 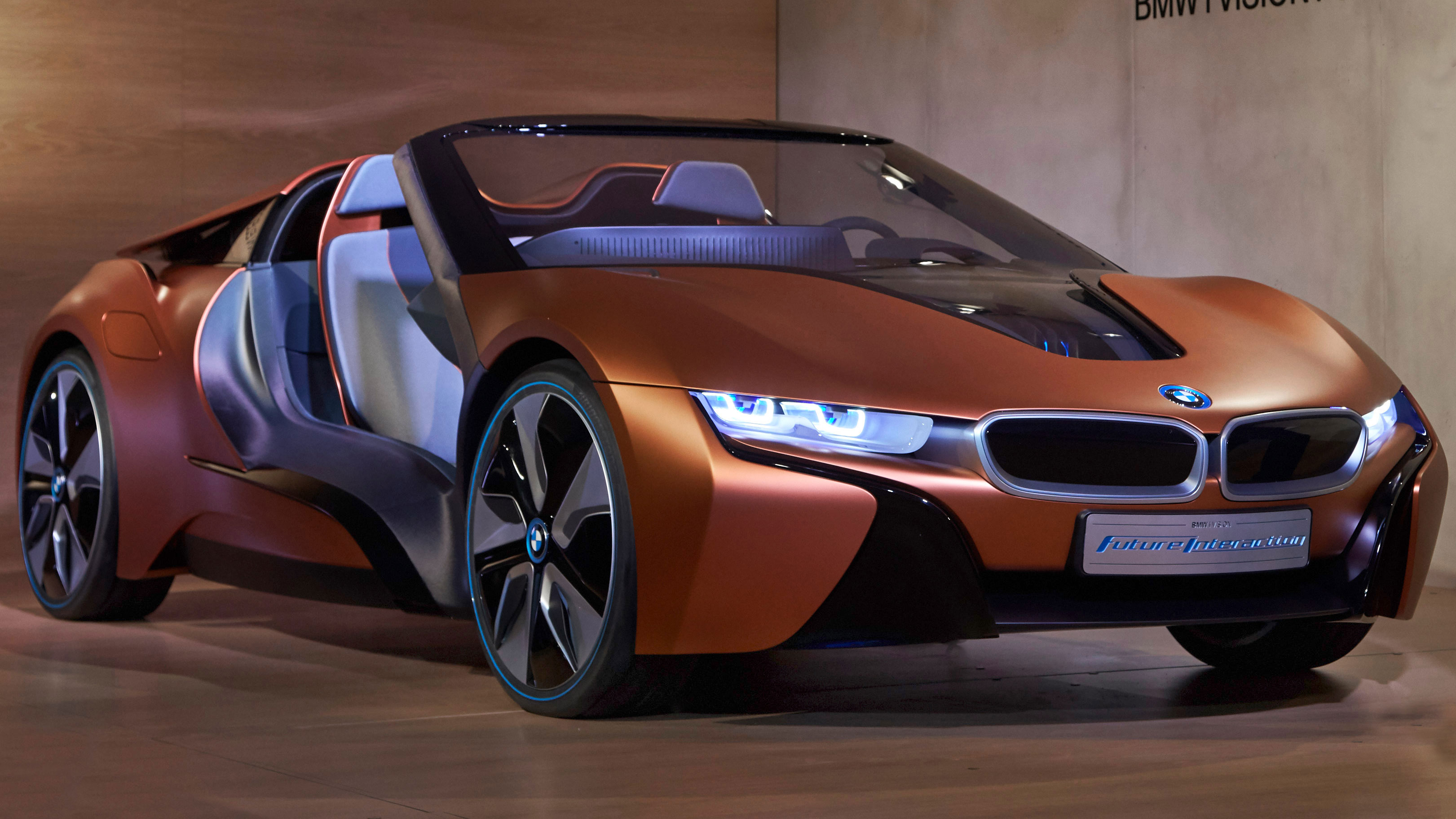 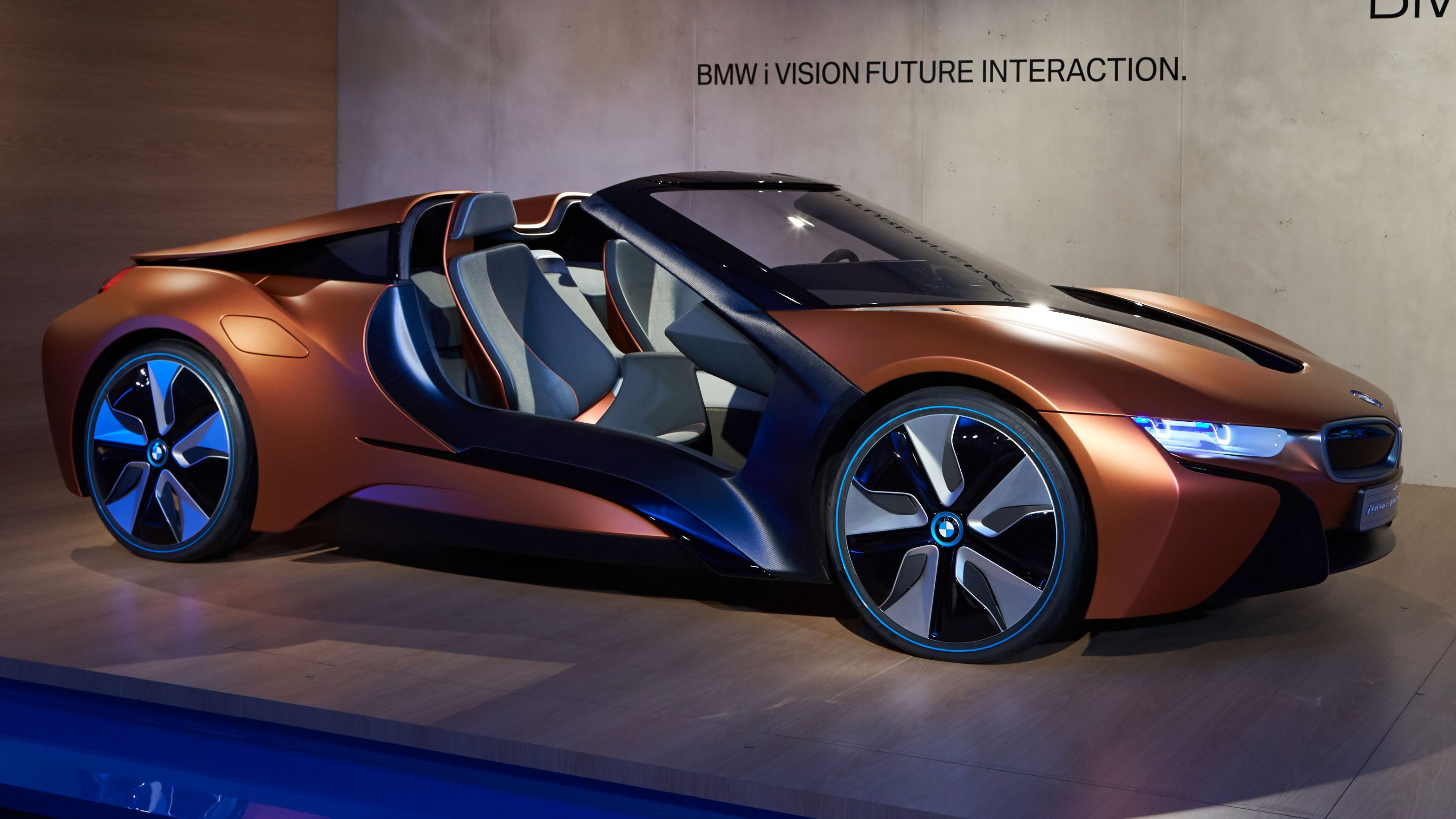 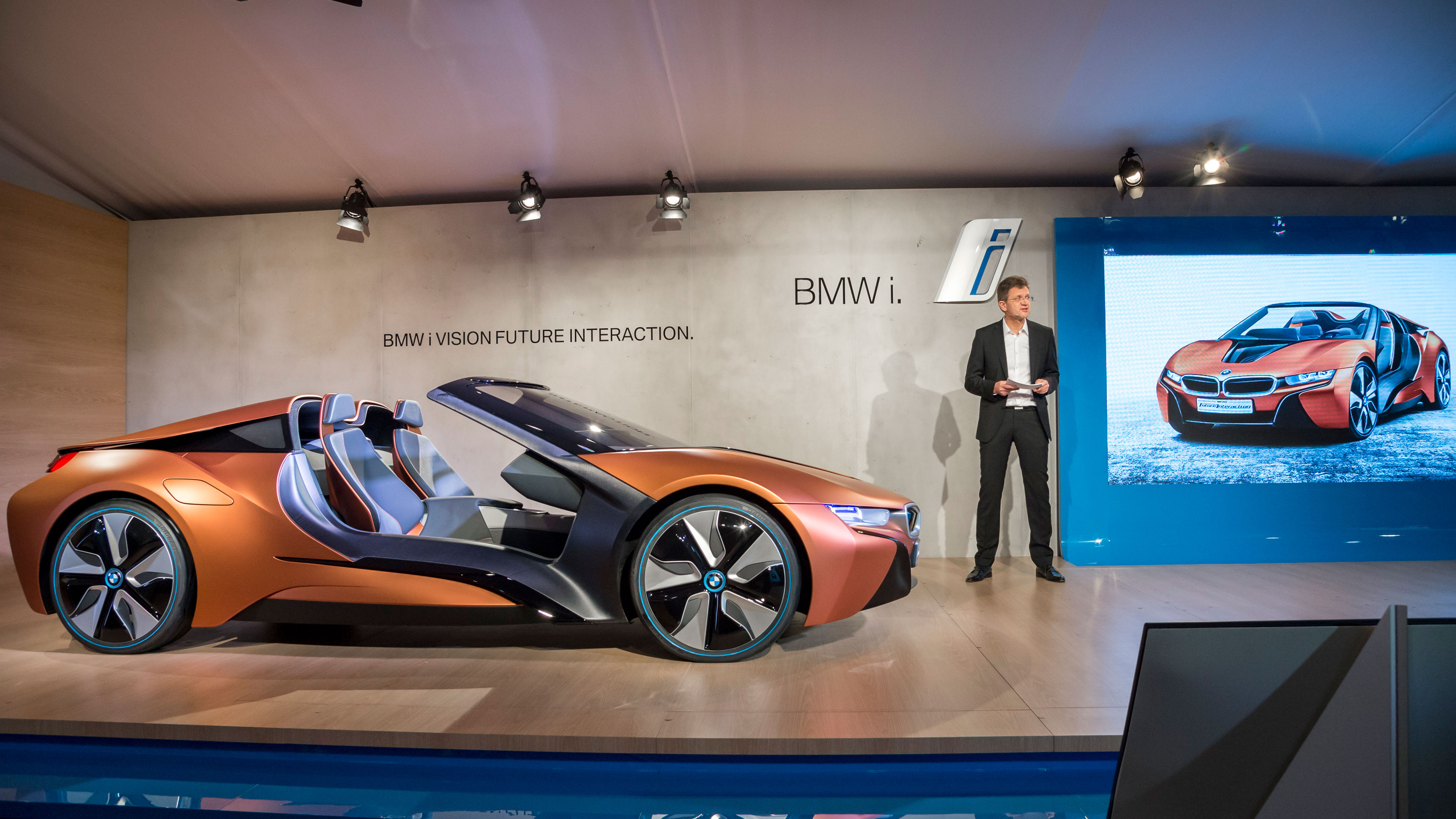 Boys and girls, meet the BMW i Vision Future Interaction. It's the German firm's key concept at the CES electronics show in Las Vegas. And yeah, it does look an awful lot like an i8 Spyder. Without any doors...

Its rather more prosaic name, though, betrays the kind of technology that’s really on display here. The topless i8 body is a mere host for a gamut of new interior tech; a sexy place to showcase tech that falls closer to ‘useful’ than ‘glamorous’.

Not that the latter is completely absent, mind. Note the massive screen arching from the passenger side of the dashboard. It’s 21 inches in size diagonally, and it can be controlled entirely by motioned gestures, by either driver or passenger. Debuting it in something as low-slung as an i8 is a good demonstration of the flexibility of such screens, it would seem, with visibility apparently unhindered.

Its contents are wildly variable, and they’re intended to flow from a seamless relationship between your car and your other electronic devices, smart phone and watch included. It’s also meant to go hand-in-hand with autonomous driving functions.

Make a call on your phone, for instance, and should you pop your car into its self-driving mode, the call will switch to Facetime-like video. Switch back to old-fangled manual driving, and the video call will switch back to audio, and other potentially distracting screen displays will be limited.

The interior as a whole is designed around autonomous driving: let the car do the work and the steering wheel retracts to make more room, while the seats take on a new “lounge” persona.

“The objective is to enable drivers to make relaxed and effective use of the freedoms offered by highly automated driving,” says BMW, while insisting that everything that’s made BMW good driver’s cars in the past will remain the case if you still want to wield control.

Its hunch is that you might not, though, the car alerting you if you’re in an area that permits automated driving. And it’ll keep an eye on the road ahead to allow plenty of time to warn you should you have to take control back.

If you wish to actually drive - heaven forbid - then another i8 at CES demonstrates a new feature, although it’s one that ought to be familiar from just about every supercar concept of the last 30 years.

Yes, cameras instead of mirrors is nearly a reality (see the gallery below). This benefits not only safety, BMW tells us, but the car’s drag coefficient and wind noise, or lack thereof.

It’s all interesting stuff. And while the car world scratches its head over how to futureproof the actual propulsion of cars, we can expect far hastier development in the swathes of electronic technology responsible for every other feature. Scared much? 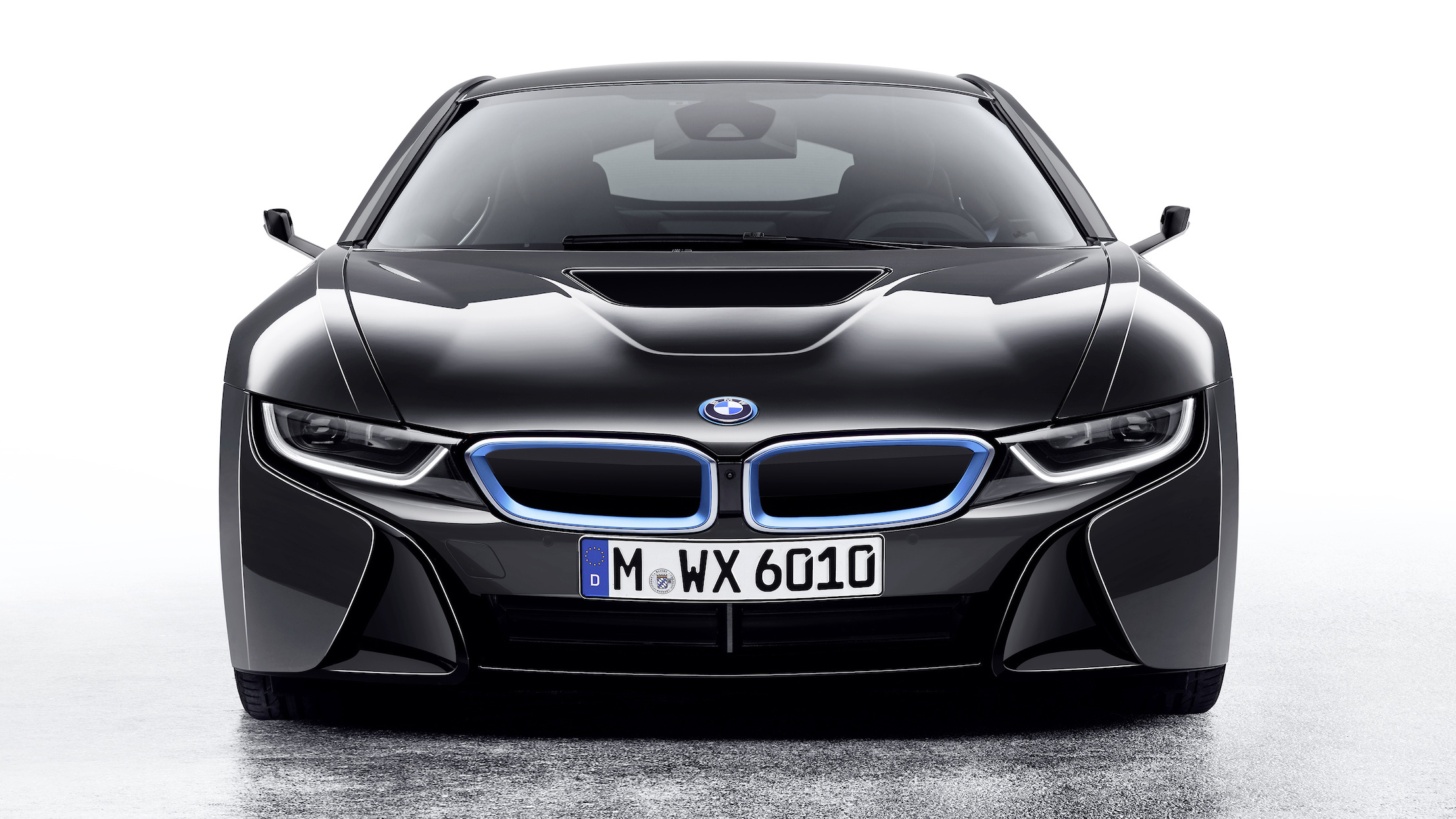 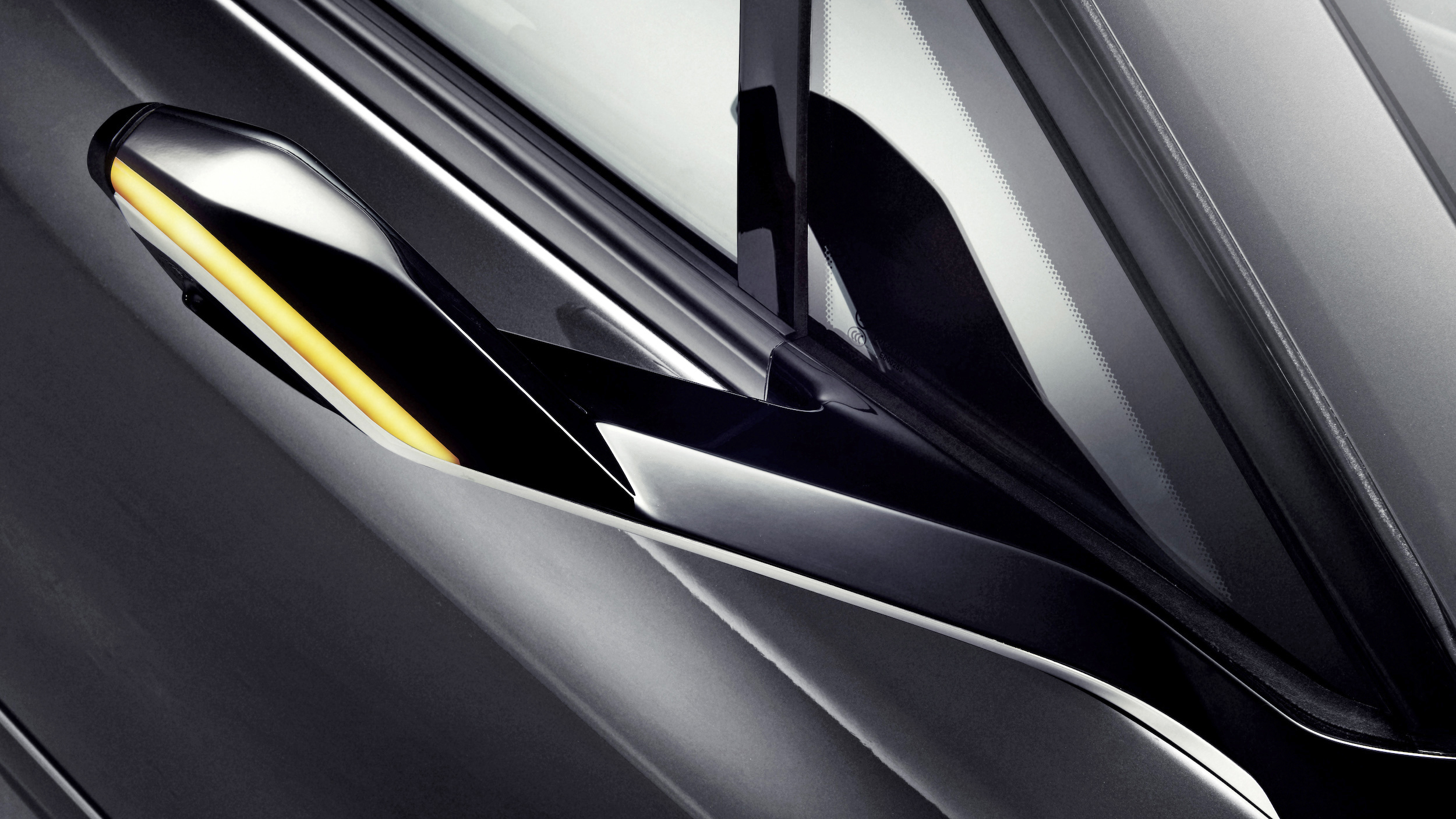 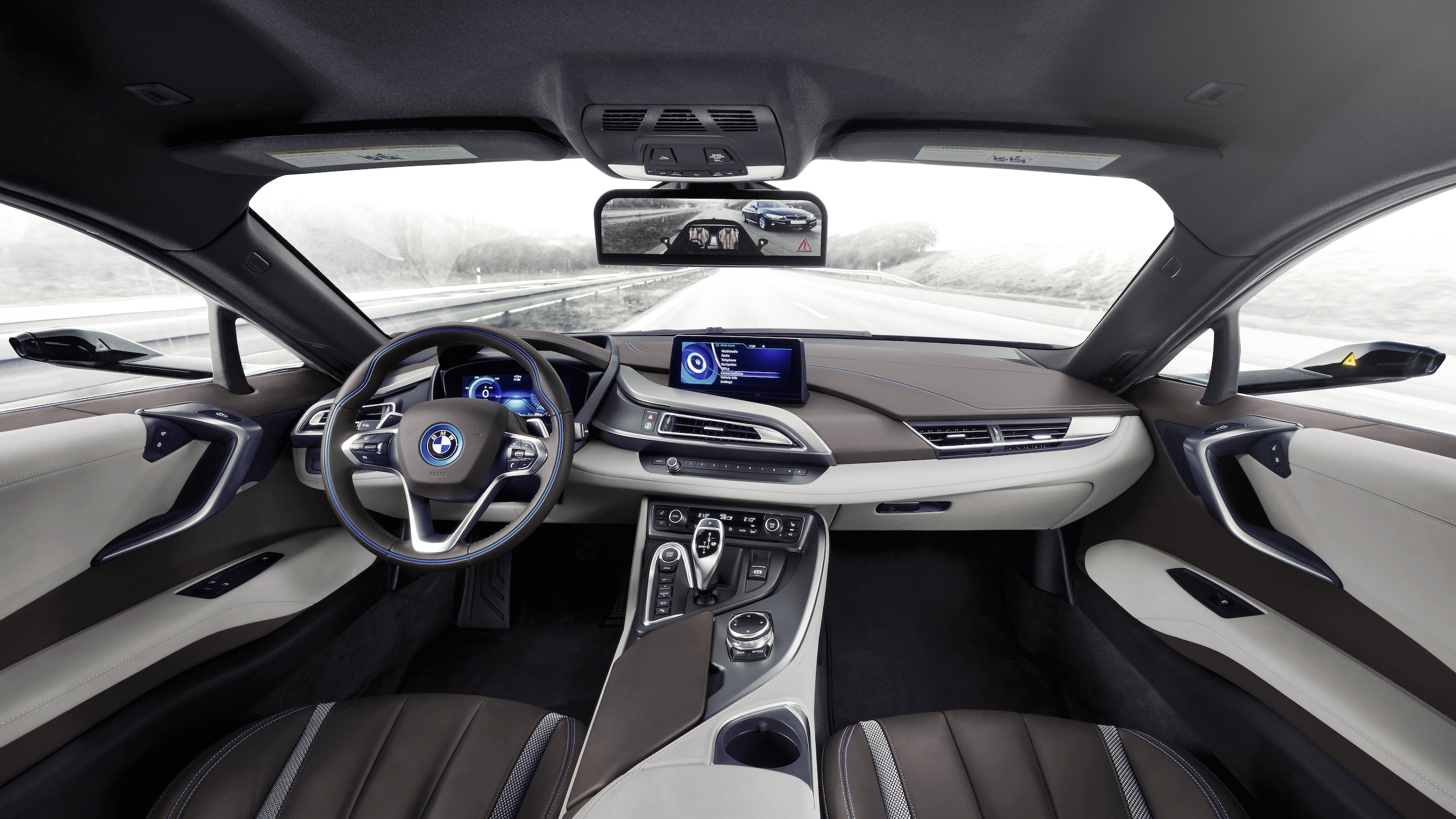