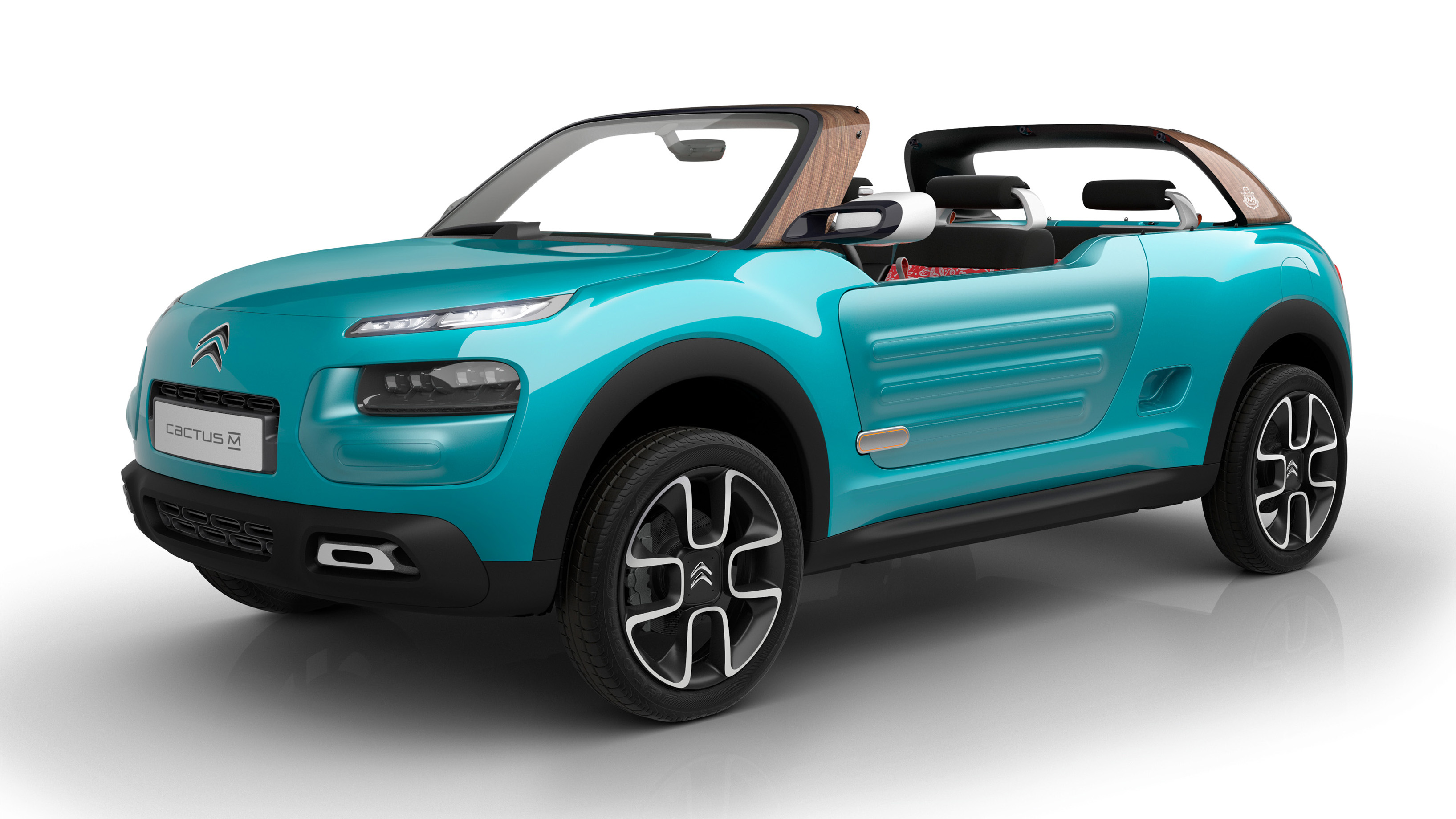 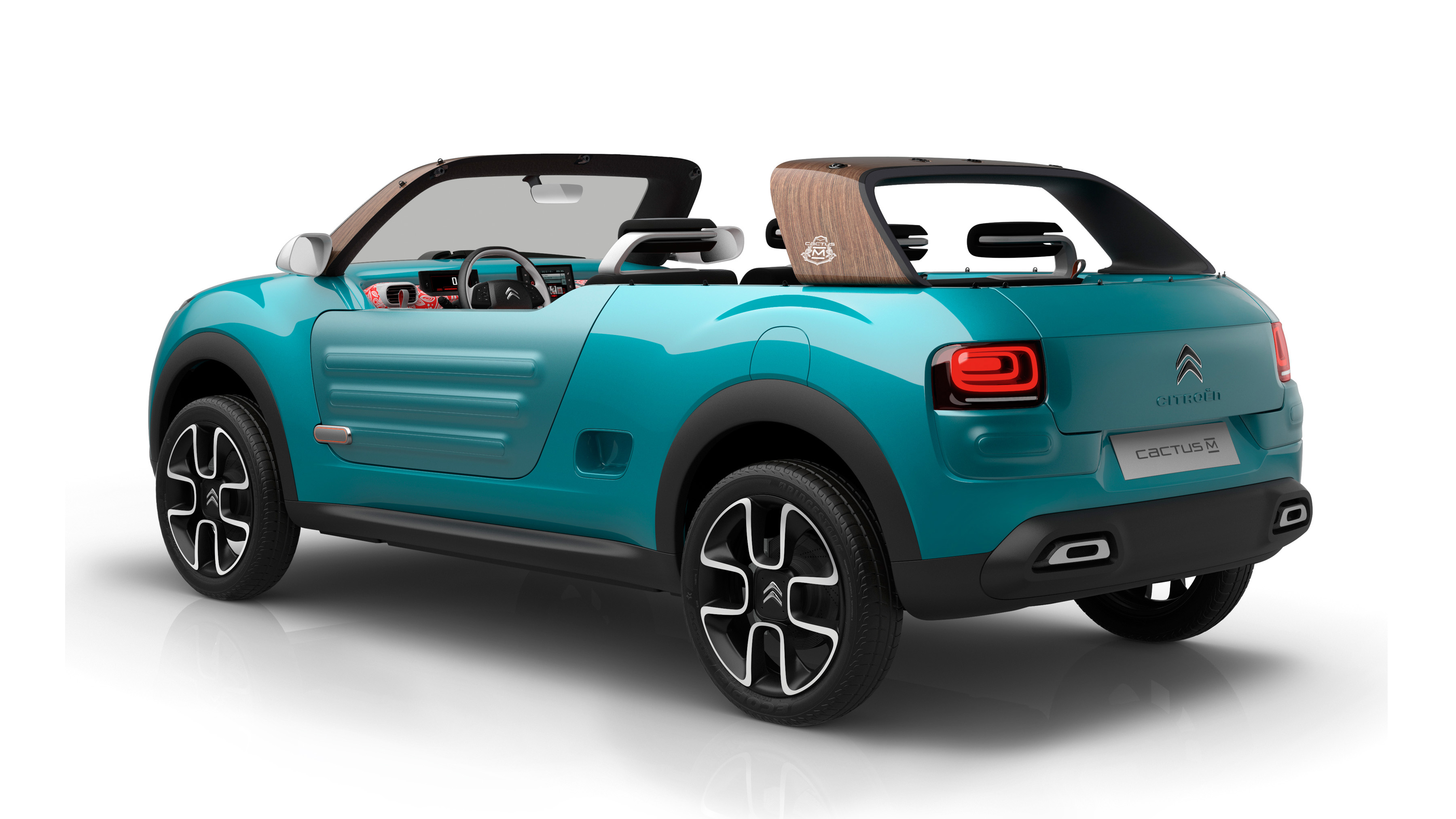 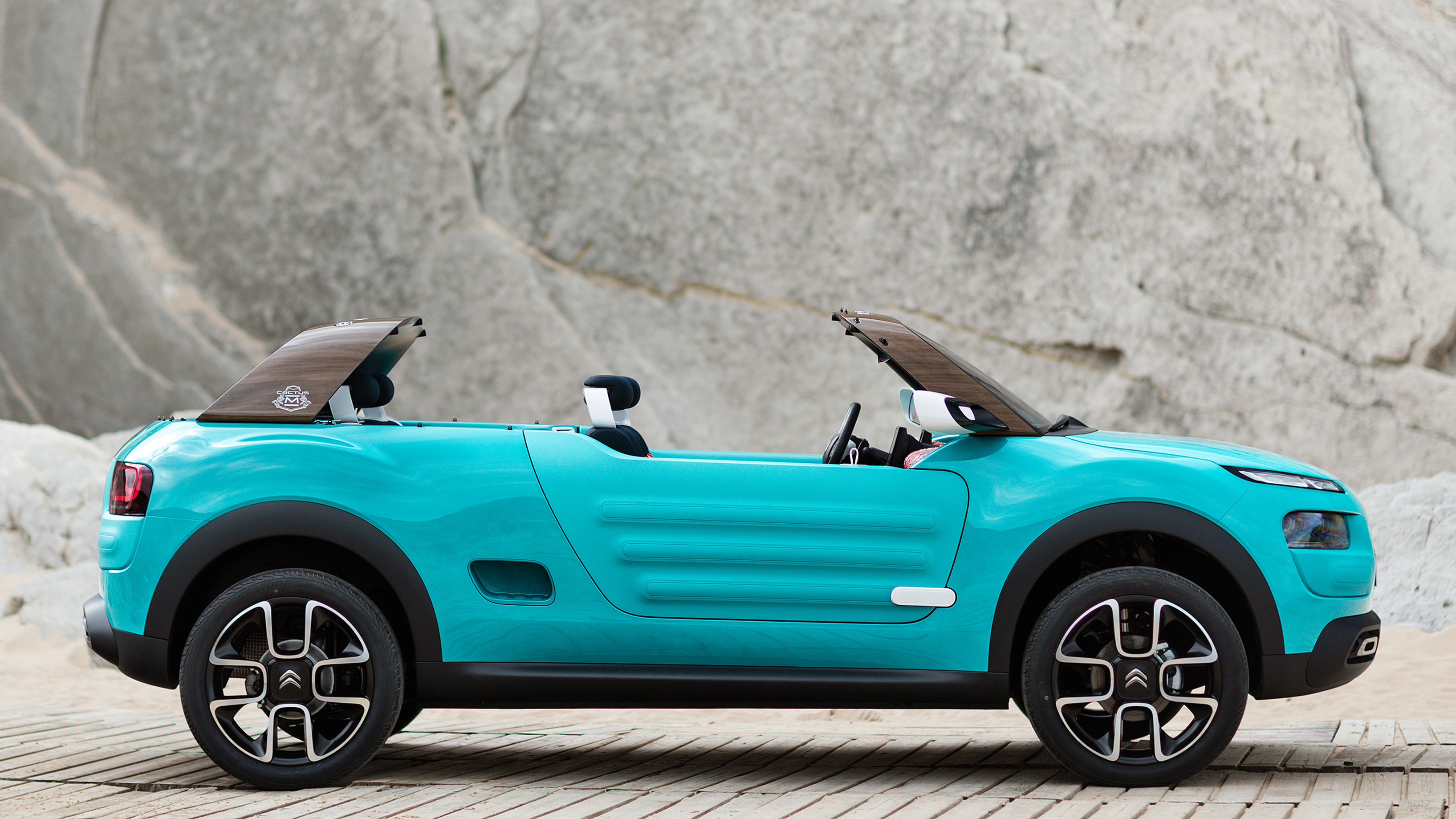 So, 47 years after Citroen wheeled out the rather fruity Mehari, itself held in high regard by Team TG as one of the coolest cars of all time, comes this: the Citroen Cactus M concept.

It's just landed at the Frankfurt Motor Show, and as you can see, it has no head. Just like the Mehari.

Based on the TG award-winning Cactus platform, the open top concept takes much of its styling inspiration from the barmy Aircross SUV concept shown at the Shanghai Motor Show earlier this year.

Citroen tells us the car is aimed at the ‘leisure market'. Quite. What it basically means is that the two surfboards that’ll never be used can be plonked on top with ease. And it looks good at the beach. Which is annoying if you live in Brixton.

But where the Mehari had full-length bashable corrugated side panels, the Cactus M has Citroen’s patented runaway-shopping-trolley-proof Airbump system.

As you've spotted, the front and back of the M concept don’t look too dissimilar to a normal Cactus. But look at the doors. Instead of being a four-door, you'll spot the M has instead two very large doors. There's a step sculpted into the bodywork and no roof, so entry for the rear passengers is easy. And don’t worry about taking your shoes off, as the interior is upholstered in wetsuit-like brightly coloured neoprene waterproof fabric. Don’t forget your rash vest, dude.

If you do get caught in a rain shower, there is a rag-top roof that can be placed over the car. More excitingly, this roof doubles up as a blow-up tent, turning your beach buggy into a den.

With the help of an air compressor in the back of the car, the roof erects like a bouncy castle to form a makeshift living quarters, while the rear seats drop to make enough sleeping room for two.

But, if you can’t be bothered to blow up the roof – or make a mess inside – you can just let rain fill up to the sills before flushing the water out thanks to nifty drainage holes under the floor mats.

Sound tempting? Let us know below if you think Citroen should bring the Mehari back...